The Heckler and Koch XM29 Objective Individual Combat Weapon system was formally cancelled in October of 2004. 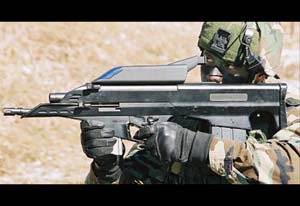 In the 1990s, the US Army undertook formal evaluations of several competing automatic rifles to replace the long-running M16 series through the Objective Individual Combat Weapon (OICW) program. OICW followed the Advanced Combat Rifle (ACR) program that sought the same goal, though failed just as equally, leaving the M16 to evolve and increase its staying power within the inventory of the US military and allies. Impressive as the OICW design appeared, US authorities decided against developing the existing prototypes and the program fell to naught on October 31st, 2004 with its formal cancellation.

One of the high profile prototypes of the OICW program became the Heckler & Koch XM29, developed by Arlington, Virginia-based Alliant Techsystems, Incorporated (though marketed under the more influential HK label at the time). The XM29 featured several variations of a basic design though the primary model consisted of a 5.56mm automatic carbine system mated to a semi-automatic 20mm six-round advanced grenade launcher. The grenade launcher portion sat over the assault rifle with the rifle nestled underneath. The carbine was itself based on the Heckler & Koch HK G36 which began appearing in number with German military forces in 1997, giving the weapon a gas operation with rotating bolt action. The weapon was chambered for the ubiquitous 5.56x45mm NATO standard cartridge, the same as used in the M16 family. The grenade launching portion of the weapon was chambered for the unique 20x85mm "smart" grenade capable of "airbursting" at variable intervals according to operator need in-the-field. Thusly, the operator could engage enemy elements who lay under cover, behind walls or near windows by setting proper grenade values before firing. For basic combat, the 5.56mm assault carbine came into play making the operator a complete warfighter in the scope of modern warfare. The standard assault carbine element fired from a standard 30-round curved magazine though 20-round counts were also supported throughout development. The 20mm grenade launcher fed by way of a 5-round straight detachable box magazine.
Advertisements

The system as a whole was designed to come apart as two separate elements if need be, allowing American logistics to remain unchanged in servicing the 5.56mm rifle portion. The assault carbine functioned independently of the grenade launcher as normal though the grenade launcher portion required the carbine rifle portion in order to operate. Overall, the XM29 featured a very futuristic appearance for the time with long clean lines though with bulky form. Since the grenade launcher fed through a bull-pup style arrangement, the shoulder stock was integral to the design and rigid, creating a long and deep weapon body. Detachable optics were arranged along the top of the grenade launching portion when the unit was complete while individual optics could be assigned to the assault carbine as needed when the rifle was detached. The grenade launcher-mounted sight featured a computer-assisted sighting device with built-in laser rangefinder and thermal vision. There also proved a basic 6x power magnification for basic daylight operations and engagement. The XM29 allowed the warfighter a high level of tactical flexibility second to none.

However, the XM29 never impressed the right authorities and the ballooning program was cancelled for good in October of 2004. The combined weapon system was deemed too large and cumbersome to handle for the fast-moving infantryman of US Army doctrine. The 20mm grenade launcher was technologically advanced for the period, which proved expensive, and its ammunition was too select to warrant large-scale procurement. For all intents and purposes, the XM29 was never really a viable candidate for the replacement of the venerable M16 family and the OICW as a whole went on to fail just as the ACR before it. The OICW program was later divided into a three-phase development process intended to bring about the individual battlefield components separately through a three-phase program (OICW Increment One, Two and Three. This gave rise to the now-cancelled Heckler & Koch XM8 assault rifle prototype and the 25mm Heckler & Koch XM25 grenade launcher. Unlike the XM8, which was shelved in October 2005, the XM25 has gone on to see frontline operational service in Afghanistan with US forces since 2010 in a developmental status.
Advertisements

*May not represent an exhuastive list; calibers are model-specific dependent, always consult official manufacturer sources.
**Graphics not to actual size; not all cartridges may be represented visually; graphics intended for general reference only.
Max Eff.Range
3,280 ft
(1,000 m | 1,093 yd)
Rate-of-Fire
800
rds/min 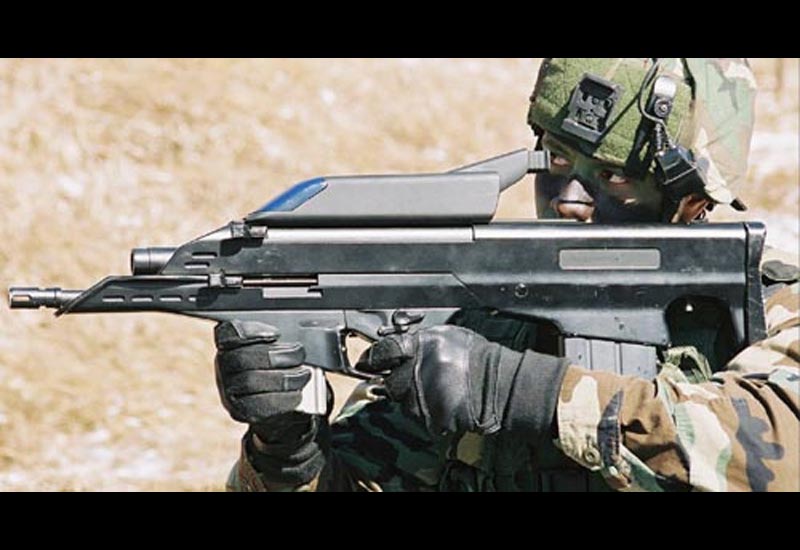 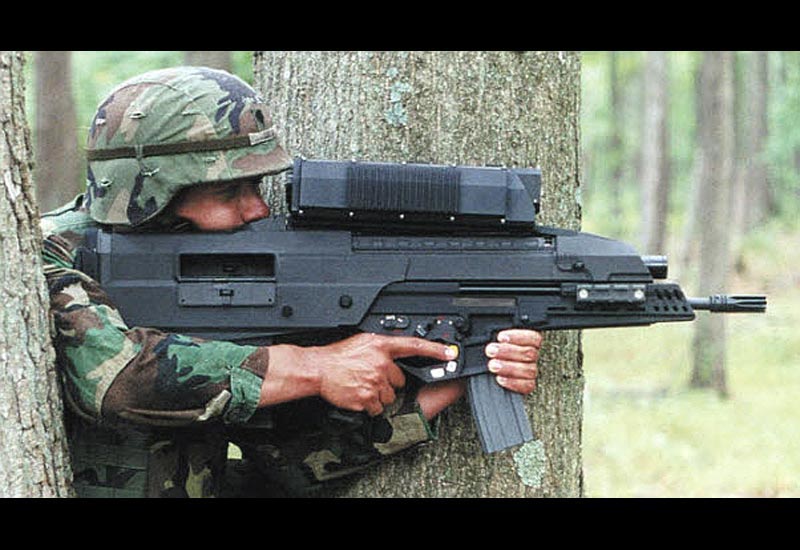 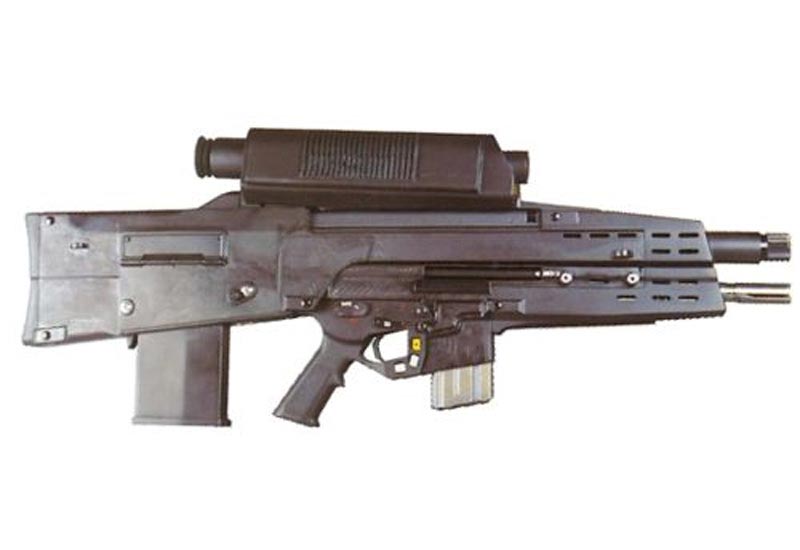