The French M1909 was also adopted into service by both the British and the Americans as well as a handful of other nations.

Authored By: Staff Writer | Last Edited: 09/16/2017 | Content ©www.MilitaryFactory.com | The following text is exclusive to this site. 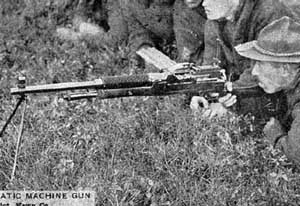 Design of the M1909 was brought about by a new French requirement looking to provide ground elements with a "light" automatic weapon. At this time, field machine guns were primarily heavy implements requiring the use of multiple crew and heavy-duty wheeled stands to manage their placement and function. The resulting product became the "Hotchkiss M1909 Machine Gun" which fell in line with previous Hotchkiss offerings save for a newly implemented locking mechanism. The M1909 was also known as the "Mle 09" from its basic M1909 designation but also referred to as the "Benet-Mercie" for its new locking system designed by Lawrence Benet and Henri Mercie. The Hotchkiss concern was actually established by American Benjamin B. Hotchkiss within France in 1867 and came to be known for its contributions to the field of military arms and civilian automobiles.

Design of the weapon was conventional and of gas-operation with an air-cooled barrel. The shoulder stock was a rather interesting attempt at ergonomics and integrated directly into the pistol-grip type handle. The handle was aft of the well-protected trigger group which was attached to the metal receiver containing the required internal workings of the gun. The gas cylinder was fitted under the barrel assembly while the barrel sported the familiar Hotchkiss-style cooling fins. The weapon was initially fed by 30-round "strip-magazines" and chambered for the French 8mm Lebel cartridge. Rate-of-fire was listed at approximately 400 rounds-per-minute. Overall weight of the system was 27lbs with a running length of 49 inches with a 25-inch barrel. Despite the design attempt, the M1909 proved too "weighty" to be successful in the intended light machine gun role and, as a result, the weapon was primarily used as a vehicle- or aircraft-mounted weapon or defensive-minded system.
Advertisements

Beyond French Army use, the M1909 found a home in the inventories of armies overseas including that of the Austro-Hungarian Empire, Australia, Belgium, Brazil, Ireland, New Zealand, Spain, Taiwan, the United Kingdom and the United States. In Britain, the M1909 was known as the "Gun, Machine, Hotchkiss Mark I" with production by Enfield (chambered for the .303 British cartridge) while, in the United States, it became the "Machine Rifle, Benet-Mercie, Caliber 30 M1909" (naturally chambered for the .30-06 Springfield cartridge). For the former, the weapon served alongside the established Vickers and Lewis marks while, for the latter, the weapon replaced the outgoing Gatling family of firearms so prevalent during the Civil War years and beyond. Production of US Army-bound M1909s was handled by both Colt and the Springfield Armory.

The M1909 was on hand in some number by the time of World War 1 (1914-1918) and soldiered on through the conflict, eventually seeing limited service during World War 2 (1939-1945). By this time, the weapon was certainly an outdated, though still lethal, machine gun design. M1909s were not perfect weapons by any stretch but managed a foothold in the inventory of several militaries of the world for decades since their inception. Jams were common as were fractured parts. For some of the participating armies mentioned, the M1909 was something of a "first taste" concerning automatic machine gun fire. Revisions to the system eventually saw use of belt-fed ammunition in the design over that of the limited strip-magazines initially utilized.
Advertisements 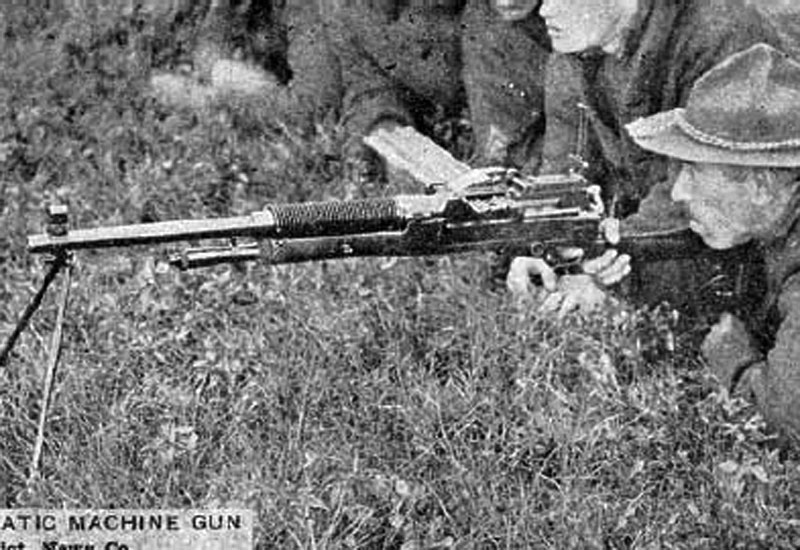