The Dragunov SVD was the standard Soviet and Warsaw Pact sniper rifle during a bulk of the Cold War years and remains in service today with a plethora of global operators.

Authored By: Dan Alex | Last Edited: 05/17/2022 | Content ©www.MilitaryFactory.com | The following text is exclusive to this site. 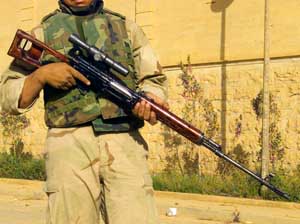 For a good duration of the Cold War period, the Dragunov "SVD" ("Snayperskaya Vintovka sistem'y Dragunova") series of semi-automatic rifles stood as the standard-issue sniper rifle of Soviet troops, allied Warsaw Pact nations and Soviet export customers. The rifle was introduced in 1963 and quickly became respected for its reliability and accuracy with its actions based in the highly successful Kalashnikov series of automatic assault weapons (namely the AK-47). As a semi-automatic rifle, the Dragunov SVD was more akin to a Designated Marksman Rifle (DMR), terminology used today to differentiate a squad-level precision rifle over that of a traditional accuracy-minded sniper rifle (which typically uses a manual bolt-action system).

The Soviets had always been keen on using large powerful, man-stopping cartridges so it was no surprise that the SVD continued chambering for the ubiquitous 7.62x54mmR Soviet cartridge, this feeding from a 10-round detachable box magazine. The result was a precise and accurate weapon system capable of engaging targets out as far as 875 yards.

While it was largely based on the Kalashnikov system, the Dragunov SVD became a whole new rifle design all its own. Internally, the action was slightly reworked from its long-stroke piston form to a short-stroke arrangement providing a lighter, reduced movement which was required to maintain accuracy. Coupled with a slightly reworked trigger offering a smoother response and the SVD became the weapon of choice for "headhunters" requiring range and effectiveness as well as ease-of-use and general reliability. The base optics set became the "PSO-1" series daytime scope (with some limited Infra-Red capability built-in) and this was backed by traditional iron sights (including an adjustable rear notch). The 1PN51 / 1PN58 series night vision scopes were later supported. A wooden stock and related furniture became hallmarks of the SVD series (as well as other Soviet weapons of the day).

Overall weight of the rifle was 9.5 kilograms with an unloaded magazine and the scope fitted. Overall length was 48.2 inches with the barrel measuring 24.4 inches long. A trainer shooter could manage to fire off about 30 rounds-per-minute if need be, compliments of the semi-automatic action.

An airborne infantry version was made as the "SVDS" and this model featured a folding tubular metal stock to allow for a compact footprint. The night vision-equipped version of this rifle became the "SVDSN". The "SVU" was a specialized model sporting a shortened barrel and arranged in a "bullpup" configuration which seated the action and feed aft of the trigger unit. It offered specialist troops (like Russian Ministry of Internal Affairs operators) better accuracy through additional measures instituted to help combat recoil. A selective-fire version of this weapon became the "SVU-A" and this model fed from a 20-round box magazine. The "SVDK" was an offshoot of the SVD line chambered in 9.3x64mm. A commercial version of the SVD was manufactured as the "Medved" ("Bear") and chambered in 9x54R cartridge (then later in 7.62x51mm NATO).

Poland was a key operator of the SVD series throughout its time as part of the Soviet Union and ultimately developed a modernized form under the designation of "SWD-M". This offering involved the addition of a bipod assembly under the forend, use of a more powerful 6x42 magnification scope and a heavy-duty barrel assembly to fall more in line with a traditional sniper weapon. Romania developed their PSL rifle from the SVD framework as did Iraq with through their "Tabuk" and "Al-Gadissiya" sniper rifles.

Beyond the aforementioned global operators were users ranging from Algeria and Argentina to Vietnam and Venezuela. Some took to local manufacture of the rifle product (both licensed and unlicensed) like NORINCO of China and their "Type 79". Finland knew the SVD as the "7.62 TKIV Dragunov" and Iran managed a local version as the "Nakhjir 3 Sniper Rifle".

Despite its age, the SVD continues to be a favorite amongst trained military personnel, guerilla fighters, rebels and sport shooters alike and will undoubtedly be one of those rare firearms to see the century mark in terms of consecutive years in service.
Advertisements 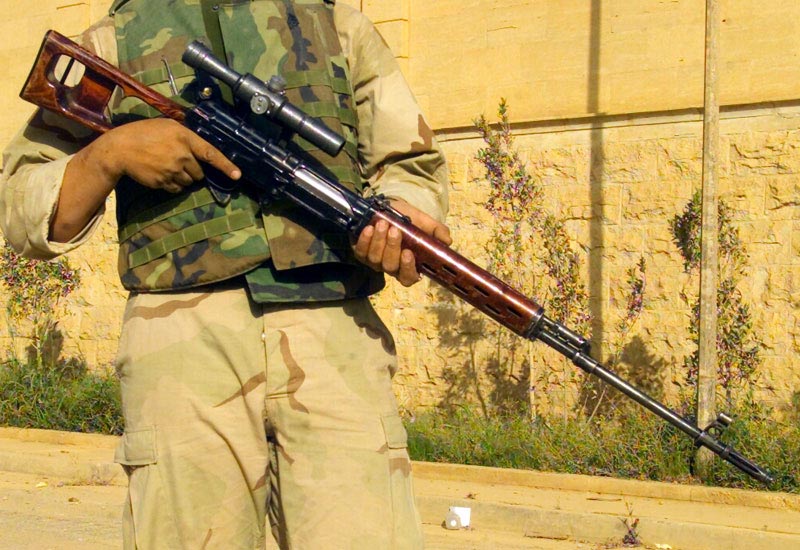 Right side view of the Dragunov SVD sniper rifle in the hands of an Iraqi soldier.
2 / 7 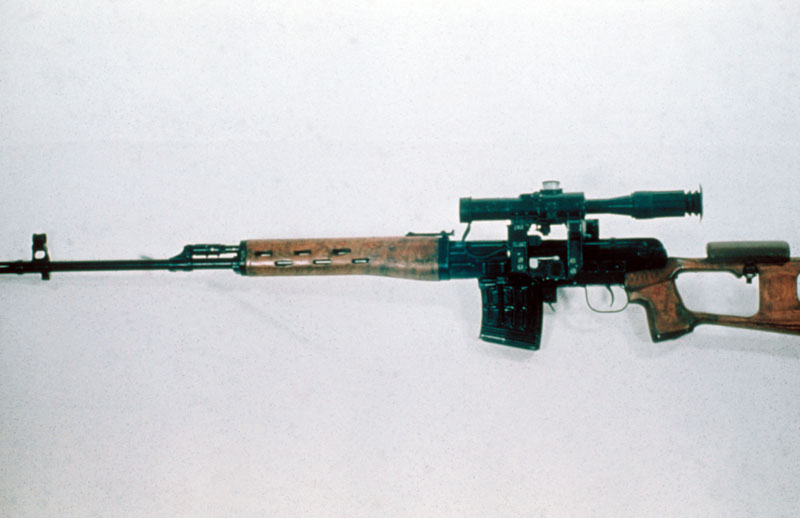 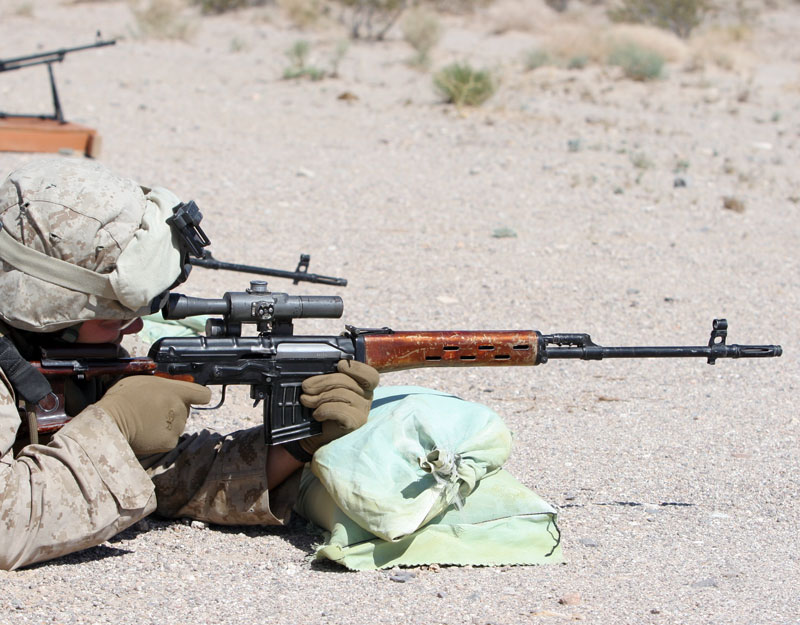 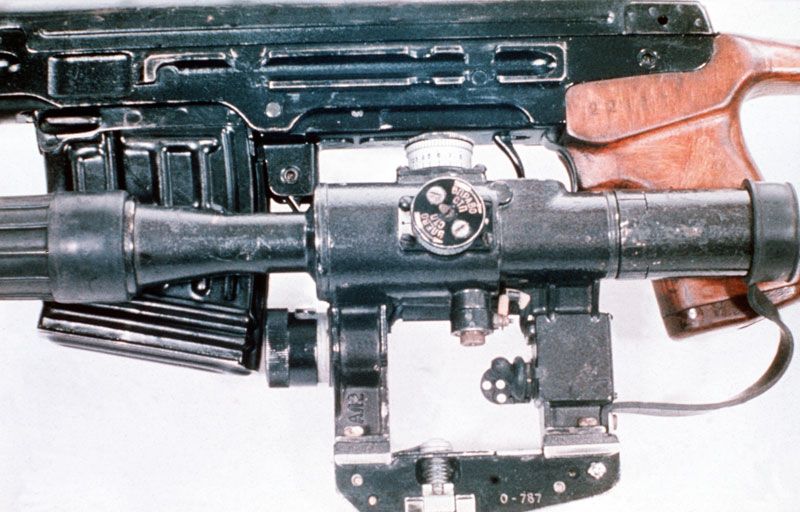 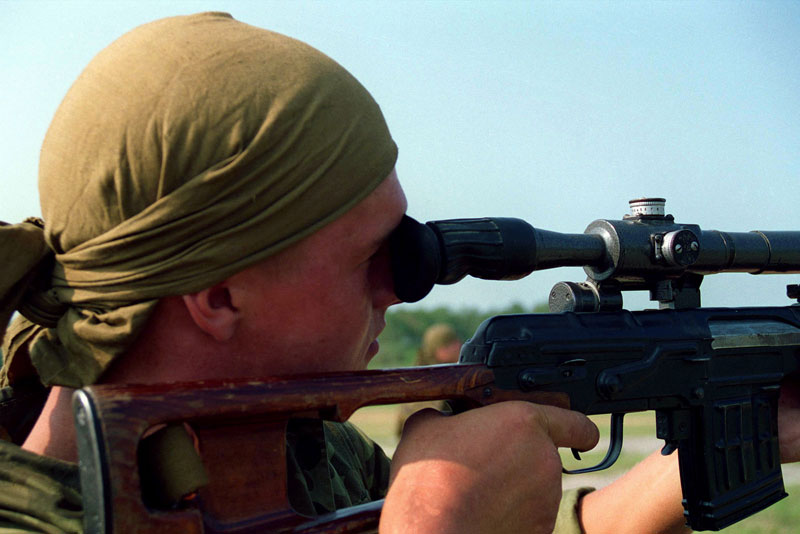 Close-up detail view of the buttstock, scope and triger group of the Dragunov SVD
6 / 7 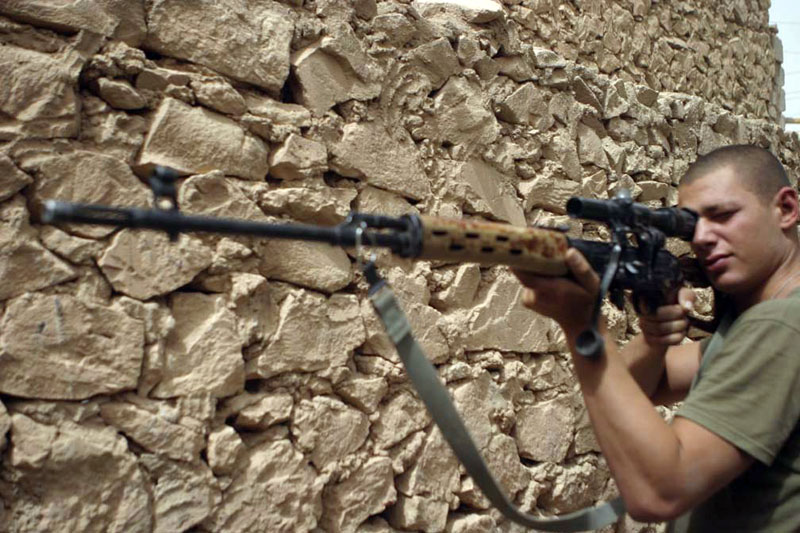 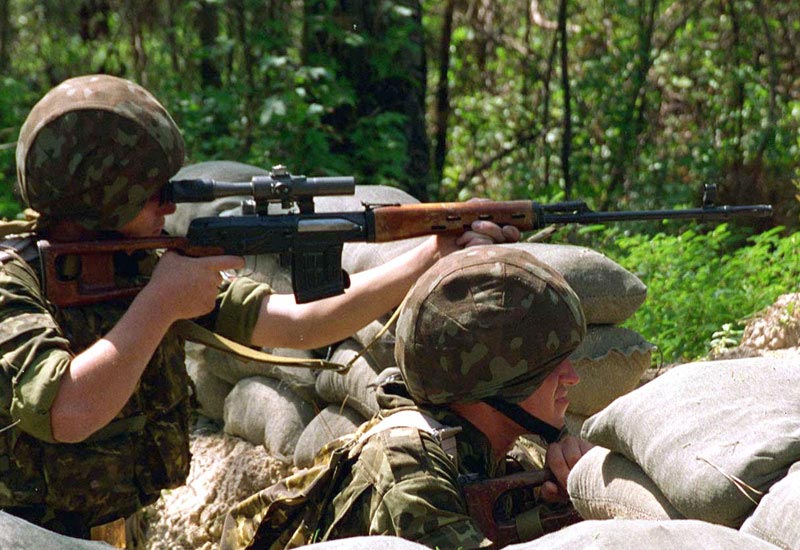