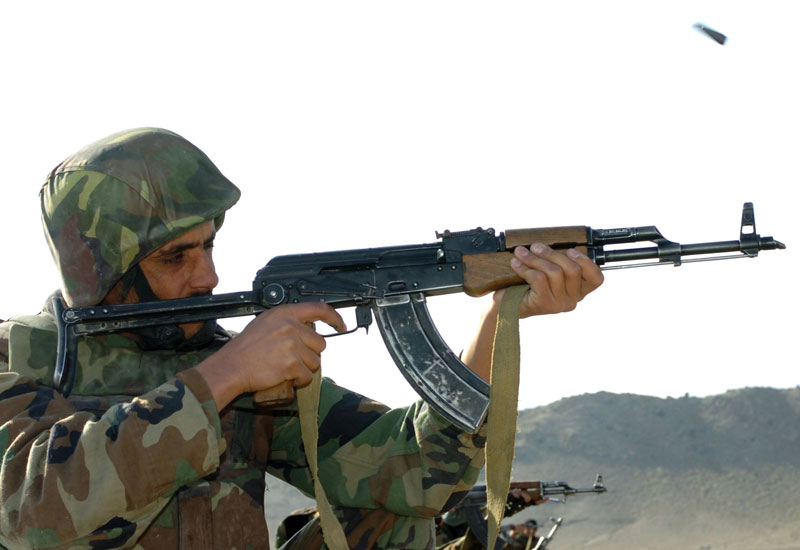 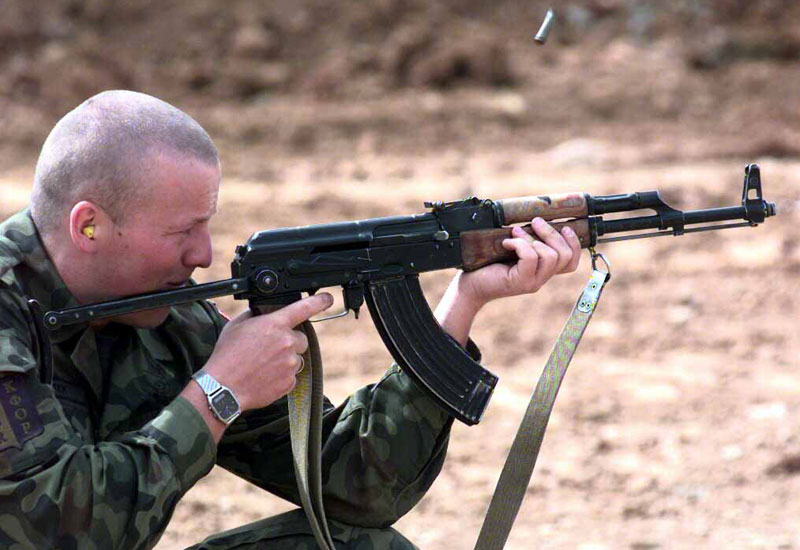 Right side view of the AKMS assault rifle
3 / 9 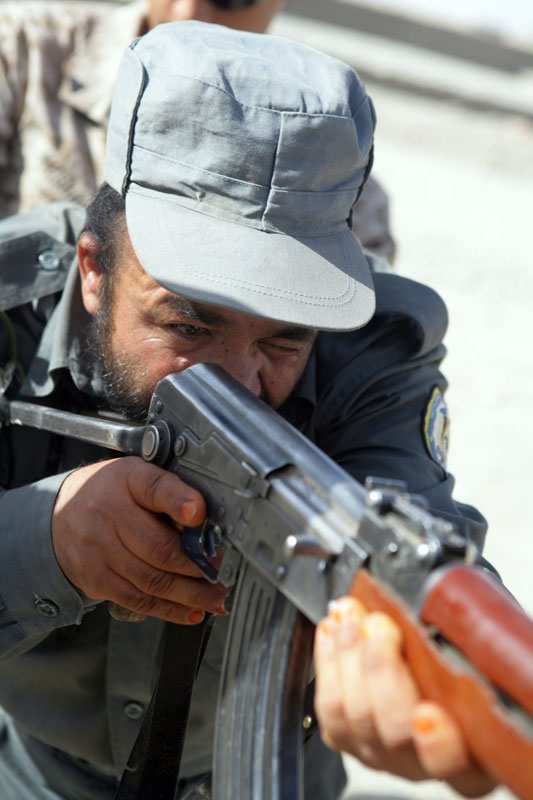 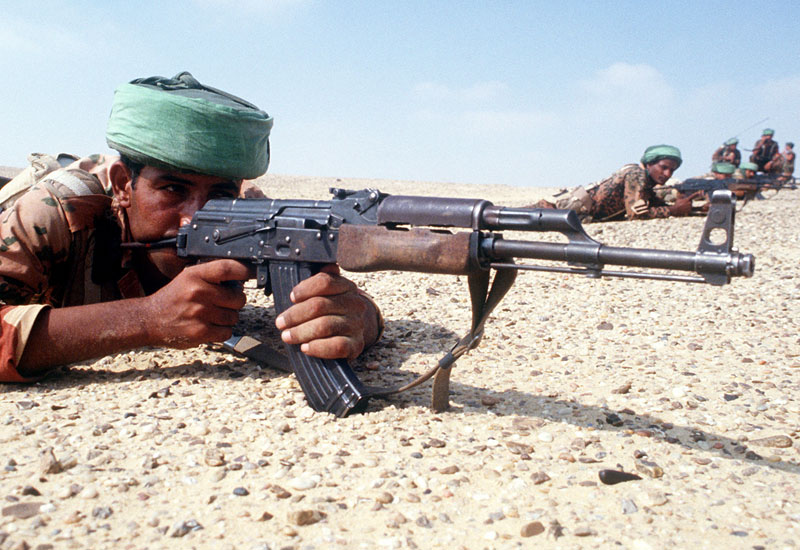 Right side view of an AKMS assault rifle
5 / 9 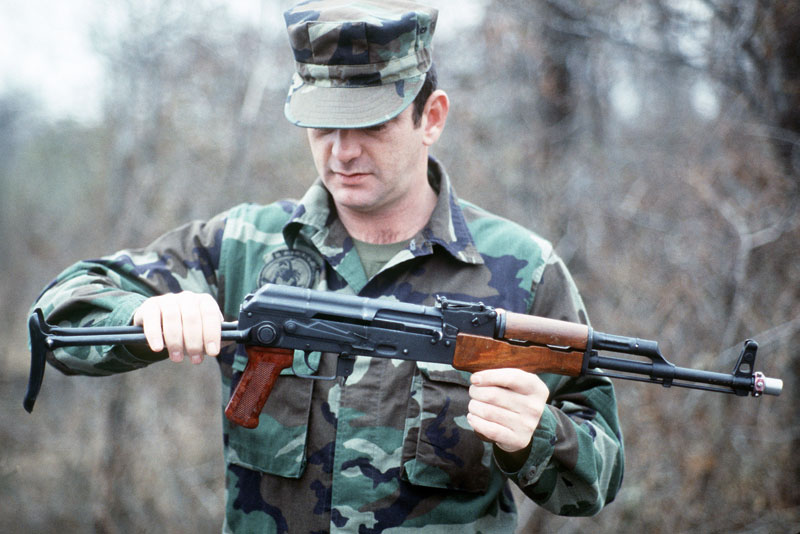 A US soldier instructs in the use of the Soviet AKMS assault rifle; note folding buttstock
6 / 9 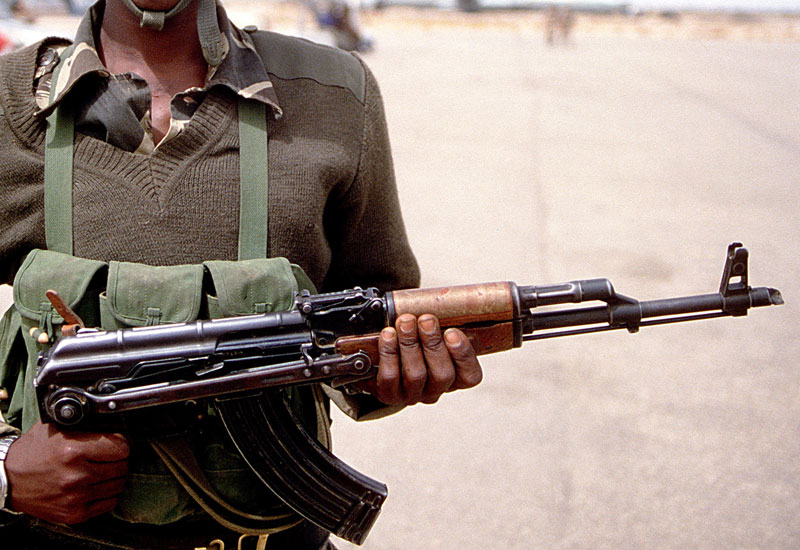 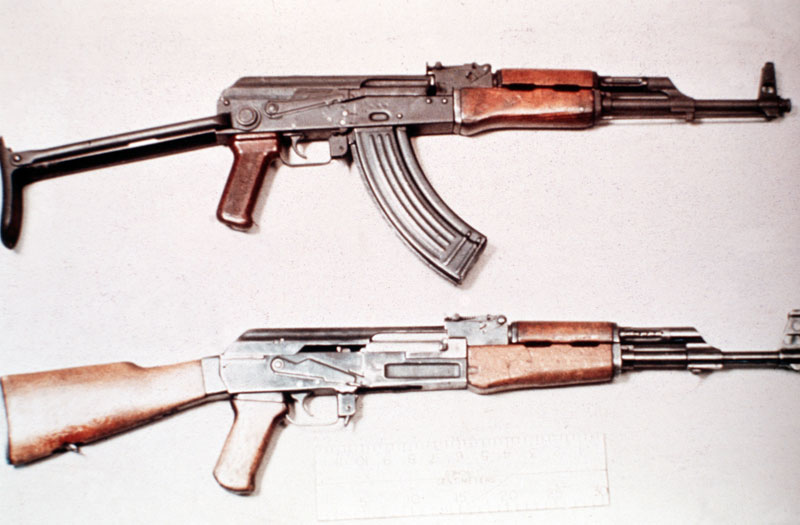 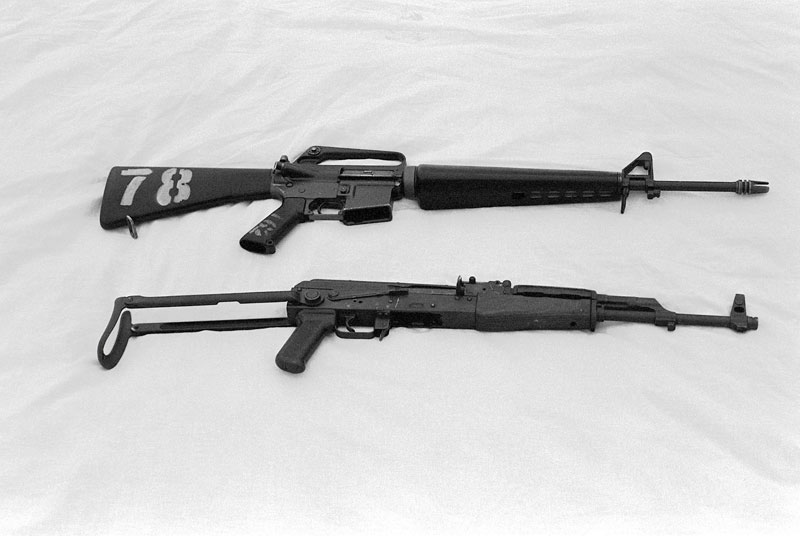 An American M16 above a Soviet AKMS assault rifle
9 / 9 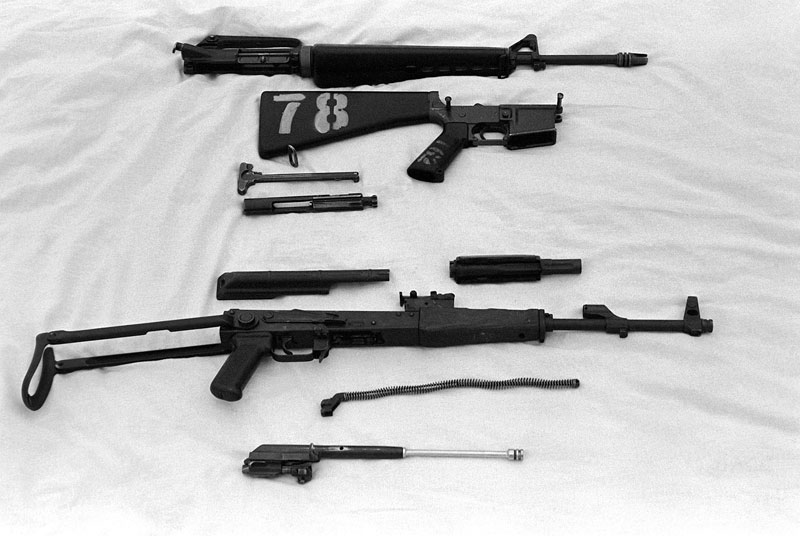 The AKMS is based on the Soviet AKM though produced with a folding butt for improved compactness and portability.

The AKMS is a major variant of the AKM assault rifle line. The AKM itself is nothing more than the 1940's era AK-47 assault rifle modernized with mass-production techniques in mind. As such, the AKM featured stamped steel construction as opposed to the original's machined steel form. Additionally, the original steel bolt was "Parkerized" to make it more resistant to wear and tear. The resulting AKM was debuted in 1959 and went on to become the most quantitative version of the AK-47 assault rifle line. The AKMS is wholly based on the AKM model though differentiated by its use of a folding metal buttstock over that of the original's fixed solid wooden butt. The metal folding butt is hinged along both sides of the rear receiver and, when collapsed, makes for a more compact weapon.

The AKMS features an empty weight (sans magazine) of 7lbs, 13oz. Its running length is 35.24 inches (895mm) with the buttstock fully extended and 25.87 inches (657mm) with the buttstock folded over the receiver. The barrel is 16.34 inches (415mm) in length with 4-grooves and a right-hand twist. Like the AKM, the AKMS is chambered to fire the 7.62x39mm M1943 Soviet cartridge from a 30-round curved detachable box magazine. Rate-of-fire is listed at 775 rounds per minute with a muzzle velocity of 2,330 feet per second. The AKMS retains the Kalashnikov quality of using wooden furniture at the pistol grip and forward hand grip.

Overall, however, the AKMS stays true to the AKM assault rifle - detailed elsewhere on this site. The AKMS designation may also appear in some nomenclature as "AKM-S".

*May not represent an exhuastive list; calibers are model-specific dependent, always consult official manufacturer sources.
**Graphics not to actual size; not all cartridges may be represented visually; graphics intended for general reference only.
Rate-of-Fire
775
rds/min
Muzzle Velocity
2,330 ft/sec
(710 m/sec)