The 5.45mm Kalashnikov AK-74 replaced the 7.62mm AKM as the standard Soviet infantry assault rifle in 1978.

Authored By: Dan Alex | Last Edited: 05/17/2022 | Content ©www.MilitaryFactory.com | The following text is exclusive to this site. 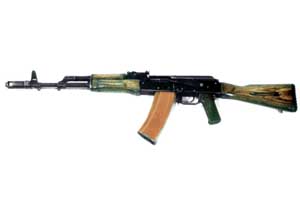 During the 1970s, the Soviet military sought a new infantry assault weapons system chambered for an intermediate cartridge apart from the rifle round fired by the famous Kalashnikov AK-47 and its successor - the AKM (both 7.62x39mm). Mikhail Kalashnikov began work on such a solution in 1974 and returned with his AK-74 weapon chambered for the 5.45x39mm cartridge while many other facets of the design remained faithful to his original offering. Production began in earnest by 1975 and the weapon was first displayed to the West during the November 1977 Red Square Parade with Soviet airborne troops. Shortly thereafter, the AK-74 went on to become the standard-issue assault rifle of Soviet Army ground forces. From there, it saw considerable success in export and local license production initiatives by Soviet states and allies worldwide. Indeed some 5,000,000 were eventually produced with many still in circulation with world forces today.

In addition to the new cartridge, the weapon brought about use of a new bolt component and chrome-lined barrel assembly as well as a new 30-round plastic-and-steel construction detachable box magazine. Though was given to muzzle climb on full automatic by way of a muzzle compensator/brake - making for a more stable gunnery platform than previously seen. All other components were largely carried over from the AKM - a 1959 revision of the original AK-47 of 1949. The weapon weighed in at 3.3 kilograms with a 37 inch length (barrel of 16.3 inches long) and featured a gas-operated system with rotating bolt action (same as found on the AKM). Rate-of-fire was approximately 650 rounds per minute with a 2,950 feet-per-second muzzle velocity. Effective firing ranges reached out to 1,000 meters with sighting handled through an adjustable rear notch and front post arrangement. The AK-74 could also mount the GP-25 series 40mm Under Barrel Grenade Launcher (UBGL) to broaden the tactical value of the standard infantryman.

The primary, initial variant of the line was the AK-74 noted for its solid wood buttstock. The AKS-74 was a variant given a side-folding skeletal metal stock for compactness, primarily serving specialized troops such as airborne. The AKS-74U became an automatic carbine form of contained proportions to also serve specialists not requiring the facilities of a full-length service rifle. The AKS-74UB was a special silenced version of the AKS-74U chambered for the 5.45x39mm subsonic cartridge. The AK-74M was a modernized version of 1991 with support for new generation UBGLs since introduced into the Russian military and various optics. This version became the new standard Russian service rifle.

Several full-length variants, modified for night operations with specialized optics, were given "N" designations to signify their roles including the AK-74N, the AKS-74N and the AKS-74UN.

The AK-74M was eventually evolved into a more modern fighting form (with increased use of plastics) as the AK-100 family line to include the AK-101 rifle and the AK-102 assault carbine all way to the AK-108 rifle chambered in 5.56x45mm NATO.

Operators of the AK-74 (beyond the Soviets/Russians) became Afghanistan, Bulgaria, Georgia, Jordan, North Korea, Pakistan, Poland, Romania, Turkey and Ukraine (among others - see operators listing for full mention). The AK-74 remains the standard service rifle of Armenia. Azerbaijan locally-produces the weapon as does Bulgaria (as the AR-M1), North Korea (as the Type 88/Type 98-1) and Romania (as the PA md. 86). Syrian airborne forces continue its wide scale use. The Polish wz. 1988 "Tantal" was a localized version of the AK-74, though since removed from frontline service from 2005 onwards. United States special forces have used the AK-74, this under the local "M1974" designation.

*May not represent an exhuastive list; calibers are model-specific dependent, always consult official manufacturer sources.
**Graphics not to actual size; not all cartridges may be represented visually; graphics intended for general reference only.
Rate-of-Fire
650
rds/min
Muzzle Velocity
2,952 ft/sec
(900 m/sec) 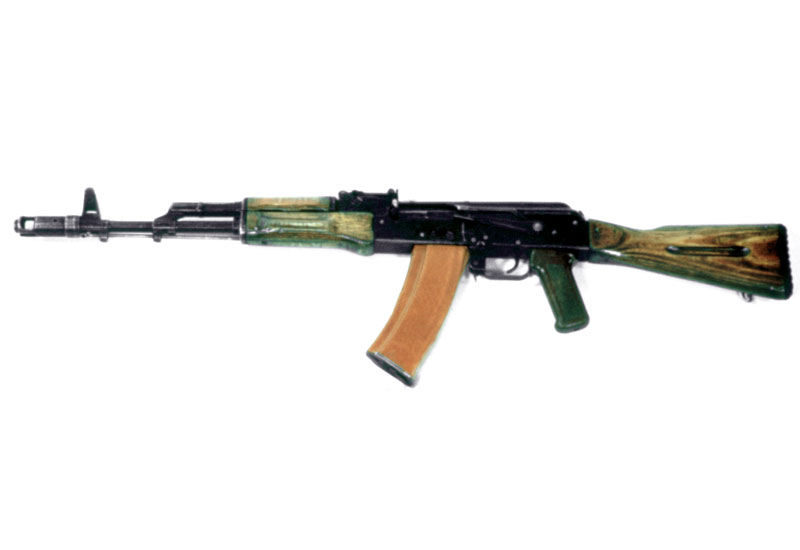 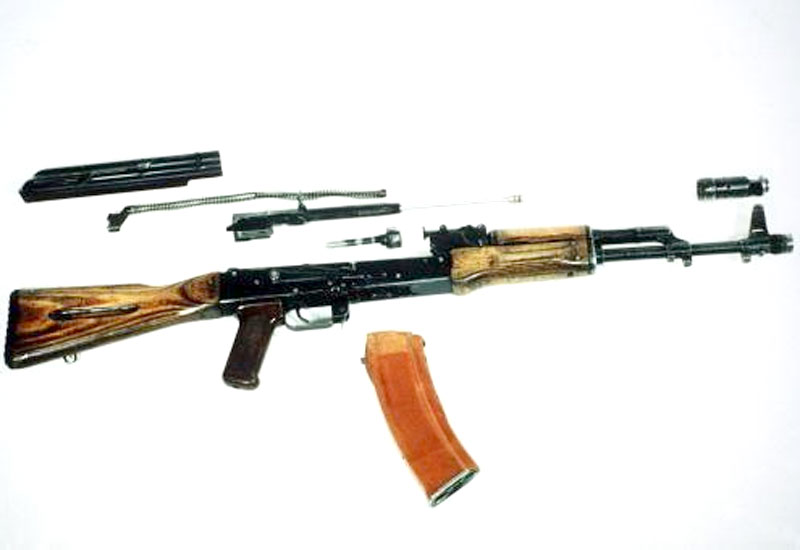 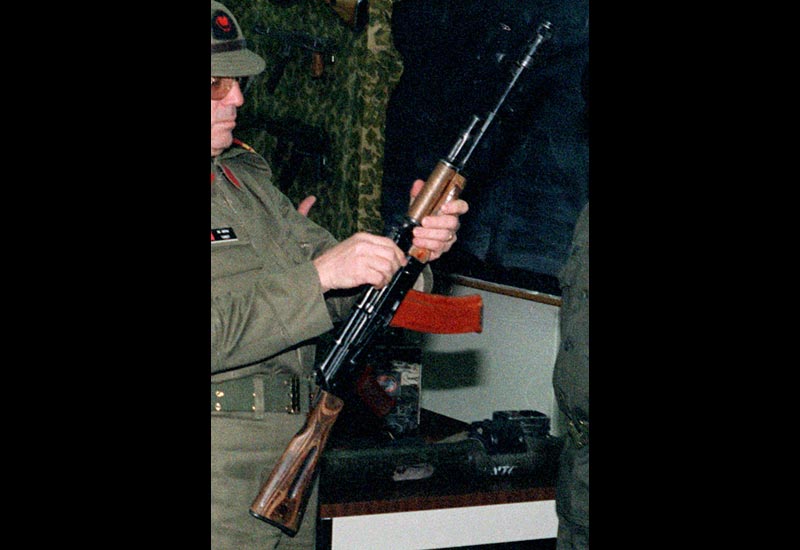