The AAI Inline Machine Gun was an experimental USAF weapon of the early-1970s that was proven sound - but not adopted into service.

Authored By: Staff Writer | Last Edited: 05/09/2022 | Content ©www.MilitaryFactory.com | The following text is exclusive to this site. 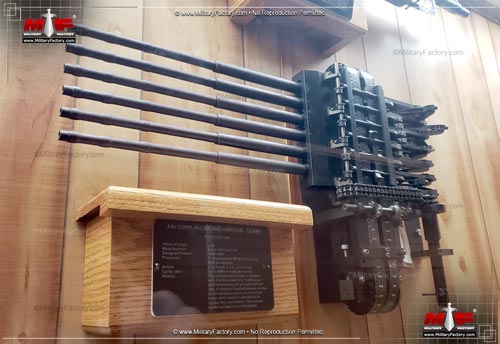 The Inline Machine Gun (IMG) was an experimental product undertaken by AAI Corporation from 1969 until 1970. It was a new concept for a multi-shot weapon, chambered in 7.62x51mm, and intended to serve as an alternative to Gatling-style "minigun" designs of the time - providing an inherent high rate-of-fire with the accuracy of a single-barreled rifle. While this concept was proven sound during its testing phase, the project was not furthered and no finalized form ever materialized beyond some experimental models of which three were completed - yet only one of these featured six total barrels in its arrangement like the minigun.

In the IMG approach, the weapon relied on a crankshaft-driven system in which a shared ammunition belt was fed across multiple barrels with every sixth cartridge of the line being cycled (pulled and chambered). The weapon sat all six barrels in a side-by-side arrangement along a shared square-shaped housing containing the needed internals resulting in a most unique-looking weapon system. The chambering was the ubiquitous 7.62mm full-powered rifle cartridge common to Western military players like the United States.

As tested, the gun delivered up to 6,000 rounds-per-minute.

Such a weapon would have been featured on aircraft types like helicopters, particularly as the Bell UH-1 "Huey" medium-lift design was in heavy use over the skies of Vietnam in gunship forms at the time.

The complete, six-barreled model is currently (2022) on display at the United States Air Force Armament Museum in Florida.
Advertisements

Full-Automatic
Rounds are automatically ejected from the breech, a new cartridge stripped from the feed and set in the chamber, and rounds are continuously fired so long as the trigger is pulled and an ammunition supply exists. (Material presented above is for historical and entertainment value and should not be construed as usable for hardware restoration, maintenance, or general operation - always consult official manufacturer sources for such information)

*May not represent an exhuastive list; calibers are model-specific dependent, always consult official manufacturer sources.
**Graphics not to actual size; not all cartridges may be represented visually; graphics intended for general reference only.
Rate-of-Fire
6,000
rds/min

Inline Machine Gun - Base Design Name; three experimental forms constructed with only one of six-barreled form. 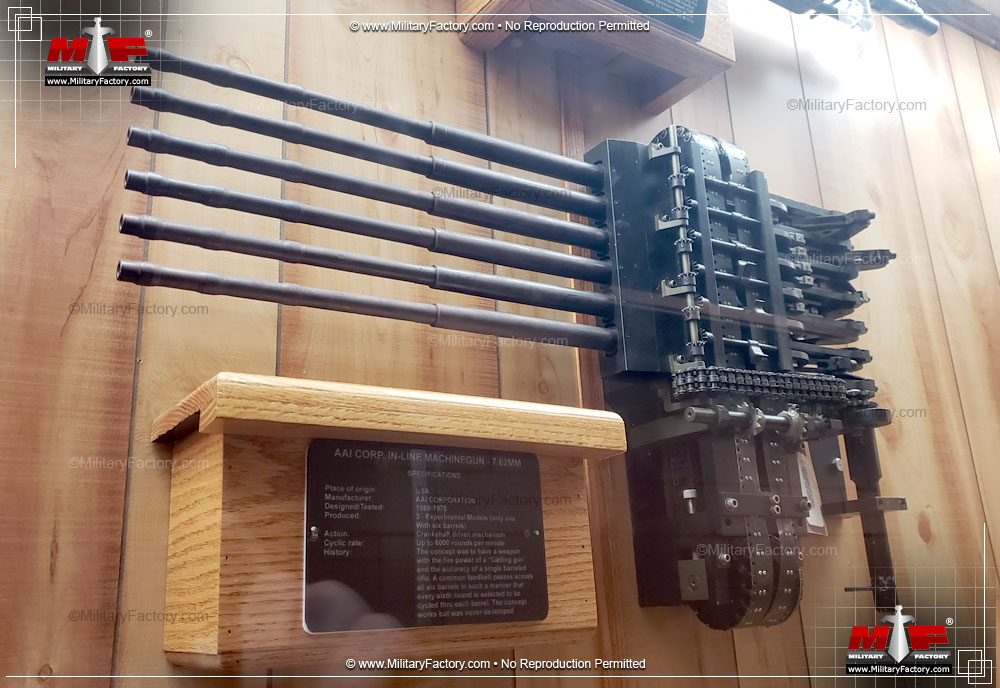 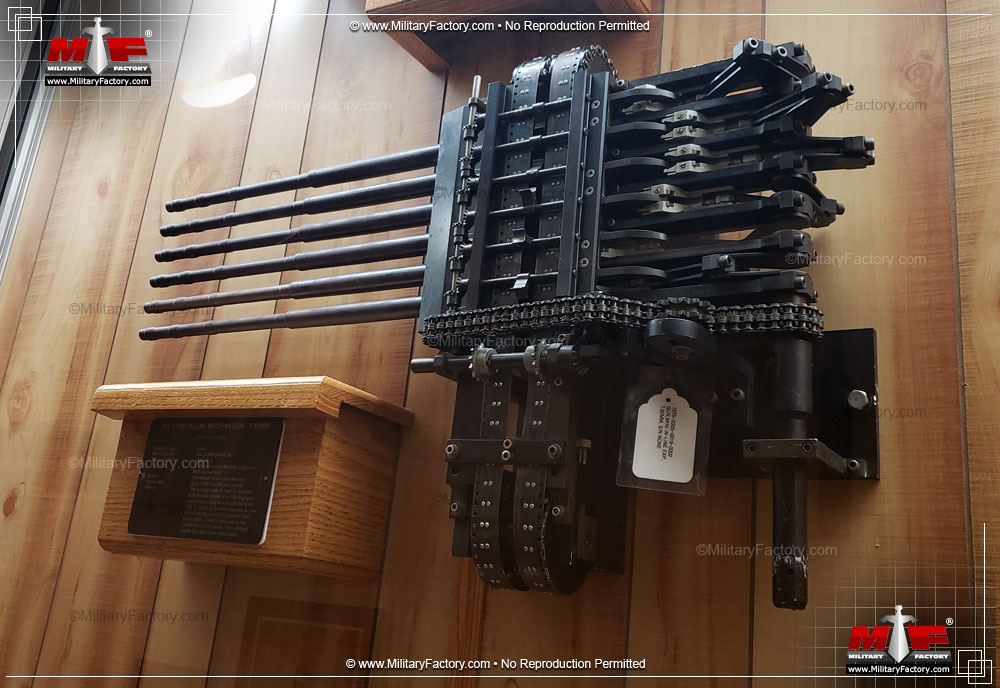