The Darne Modele 1918 appeared too late for service in World War 1 but found operators in the period thereafter as well as in World War 2.

Authored By: Staff Writer | Last Edited: 07/14/2017 | Content ©www.MilitaryFactory.com | The following text is exclusive to this site. 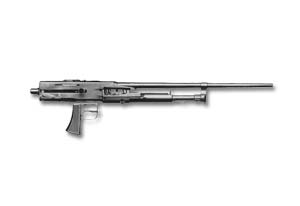 Prior to World War 1 (1914-1918), France-based Darne held a focus on commercial sporting weapons. When war came to Europe, the company was asked to produce 3,266 Lewis Guns for the French Army and this commitment then provided the impetus for the concern to try its hand at an in-house, low-cost machine gun design - the Darne Modele 1918. However, the system arrived much too late to see service in the Great war (it was tested throughout 1917-1918) but saw service during the inter-war period as well as into World War 2 (1939-1945).

Company engineers did away with more costly finishes and furnishing common to military weapons of the period in their new design for it was felt that the life of a military service machine gun was inevitably quite short due to general field abuse. An basic inline arrangement was chosen that saw the barrel seated over the gas cylinder and, beyond its conventional gas-operation, the system was fed by belted ammunition - a "true" machine gun. Weight measured around 15lb and the weapon showcased a rate-of-fire of 1,100 rounds-per-minute with a muzzle velocity of 2,300 feet-per-second. It was chambered in the French 8x50mmR Lebel rifle ammunition.

As crude and utilitarian in appearance as the machine gun was, it was found to be a rather reliable and excellent as a hand-held trainable mounted weapon on aircraft - mainly due to its high rate-of-fire. In the same fashion it could be put to service as an Anti-Aircraft (AA) weapon and installed around strategic ground points or on warships as needed.

Production spanned from 1915 until 1922 and about 11,000 units were completed in various configurations to cover various battlefield roles. Most of this production emerged from Spain under the Unceta y Compania brand label during the 1930s, subcontracted from Darne which handled early production - and this only serving to keep manufacturing costs down even more.
Advertisements

During the inter-war period, there was an attempt to make the Modele 1918 into a viable squad-level support solution but the series did not find the same level of success in the role. This offering sported a wooden shoulder stock, wood-covered pistol grip type appendage and foregrip for added control while retaining all of the effective qualities of the original aircraft gun. One of the primary failings of this form was the high rate-of-fire that made it such an effective aircraft weapon.

The series went on to find additional operators in the post-World War 1 period - Brazil, Czechoslovakia, Lithuania, Serbia, Italy and Spain among others. The Czechs took to local production of the weapon prior to adoption of the homegrown vz. 26 Light Machine Gun series. The British Royal Air Force (RAF) trailed the Darne Machine Gun against others as its next standardized aircraft weapon but settled on a Browning design in .303 British chambering. During World War 2 (1939-1945), captured French Darne Machine Guns by the Germans were redesignated to MG106(f).

The Modele 1919 was another aircraft version but this to mount as a fixed, forward-firing weapon, synchronized to fire through spinning propeller blades. The Modele 1922 was a proposed submachine gun form and the Modele 1923 was offered to the French Army as a vehicle / tank weapon - but lost out to the MAC 1924 series.

The Modele 1933 appeared as a more modern version of the original in the years leading up to World War 2. These were adopted by the French Air Force and Navy in 7.5x54mm MAS caliber. Indeed the Mle 1933 appeared in many French aircraft of the 1930s but the change in caliber made for a less effective airborne weapon. The MAC 1934 succeeded the Mle 1933 in this role
Advertisements 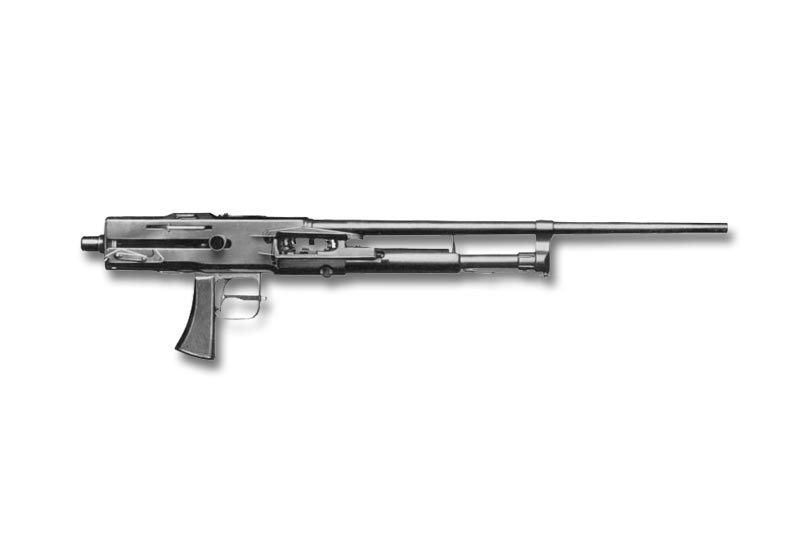