The M16A2 improved upon many of the limitations encountered in the original Vietnam War-era M16 Assault Rifle. 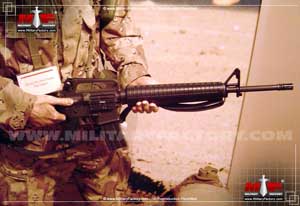 The M16A2 became the follow up design to the much-maligned M16 debuting with American forces from 1959 onwards (particularly during the Vietnam War). The model was developed to a United States Marine Corps (USMC) request after combat experiences with the prototype XM16E1 and production-quality M16A1 models proved highly vulnerable to battlefield abuses. The M16A2, therefore, became a major reworking of the original and included changes such as new rifling patterns on the barrel assemblies as well as reinforced barrels, support for the single-shot 40mm M203 underslung grenade launcher, an all-new adjustable rear sight installation, a revised flash suppressor less prone to collecting debris, a reworked rounded/ribbed frontal handguard (as opposed to triangular), slightly revised ergonomic pistol grip, lengthened and reinforced shoulder stock of polymer with integrated buttplate and a shell deflector fitted along the right side of the receiver near the ejection port. The full-automatic fire functionality of the original M16 was dropped in preference for a more controllable three-round burst fire mode along with the standard semi-automatic fire. Muzzle climb has been substantially reduced and use of plastics has made for a lightened end-product. The USMC was the first US service branch to adopt the improved M16A2 in the mid-1980s with other service branches following suit. The M16A2 has, itself, since been replaced by the equally-improved M16A4 though it still sees widespread circulation in US inventories and her allies the world over.

Despite the laundry list of changes, the M16A2 does retain the tried-and-true gas-operated, direct impingement rotating bolt system of the original M16. It also fires the 5.56x45mm NATO standard cartridge though from a longer, curved 30-round detachable box magazine. It keeps the general (and highly identifiable) M16/AR-15 shape which includes its two-piece (upper and lower) receiver system, standalone pistol grip with integrated trigger group, a handguard shrouding the gas system and a portion of the barrel and the triangular shoulder stock. Sling loops provide use of a shoulder strap for transport. The carrying handle loop is also slightly larger. The charging handle remains at the rear of the upper receiver.

The M16A3 mark brought about in 1996 was developed to cover a full-automatic variant of the M16A2 with the trigger group of the M16A1 allowing for semi- and full-automatic fire modes. A removable carrying handle allowed for use of various optics and aimers. Production was limited and its adoption was equally limited to special units. The M231 became another M16-related form, this as a stripped down M16 intended for port-firing from vehicles. Though never having entered production, Colt Advanced Combat Rifle (ACR) was tested to the extreme as the next-generation infantry weapon for the US Army. The ACR shared the common M16 "look" and was built from the existing M16A2 production model. The M4 Carbine is nothing more than a compact variant of the M16 line - based on the evolutionary M16A2 model.

The M16A4 differs from preceding M16 forms in that it has a removable carrying handle to accommodate for mounted accessories such as an optical sights. The barrel is also designed to mount the 40mm M203 grenade launcher.

The M16 has seen production by Colt Defense, Daewoo Precision Industries (South Korea), FN Herstal (Belgium), H&R Firearms, General Motors Hydramatic Division, Elisco and U.S. Ordnance. Over 10 million M16 units (including all deviations) have been produced since 1959. The weapon has seen combat actions through the Vietnam War (and its subsequent regional civil wars), Grenade, Panama, the 1991 Gulf War, the Somali Civil War and - most recently - in the American-led invasions of Afghanistan and Iraq following the events of 9/11.
Advertisements 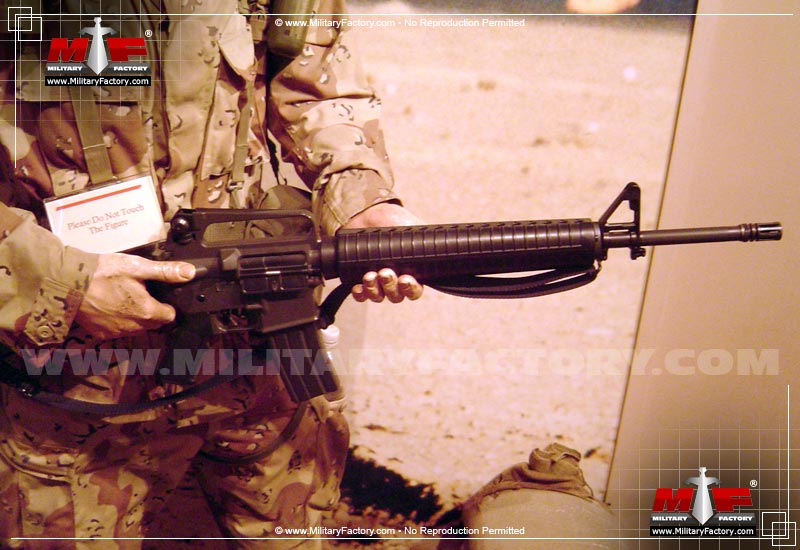 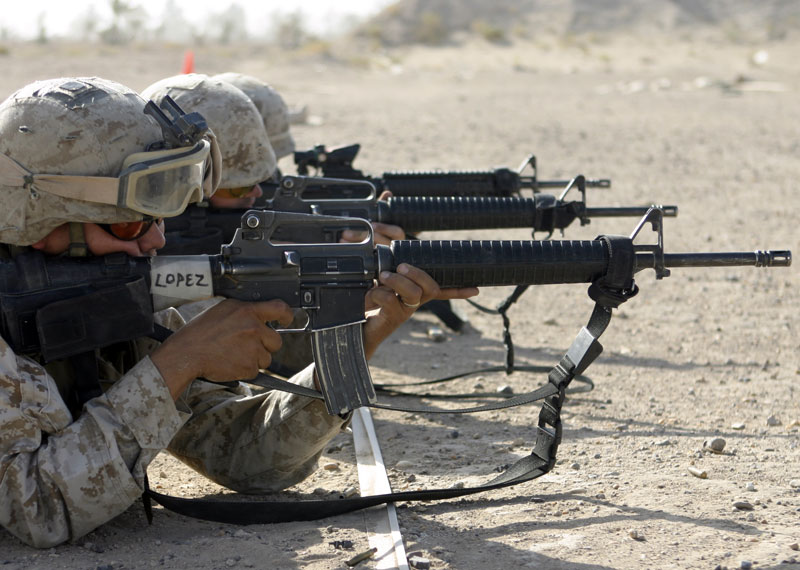 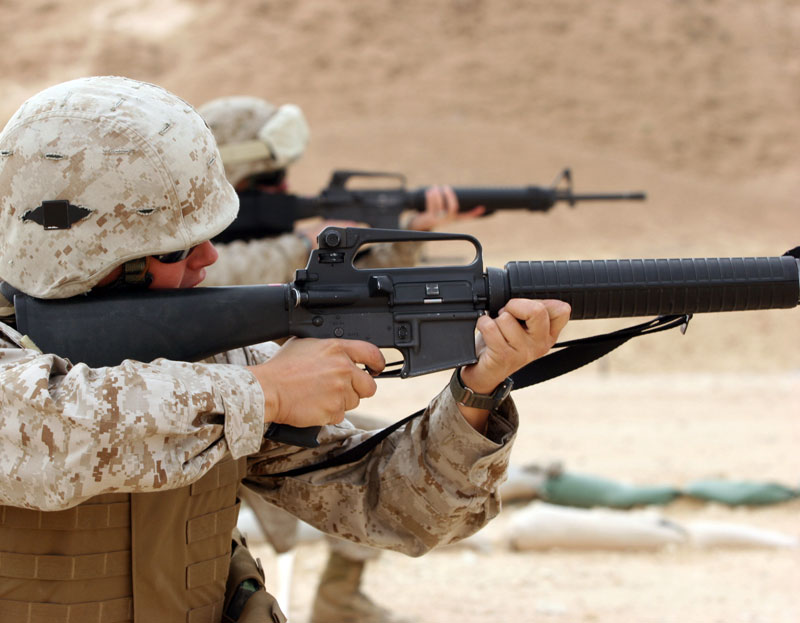 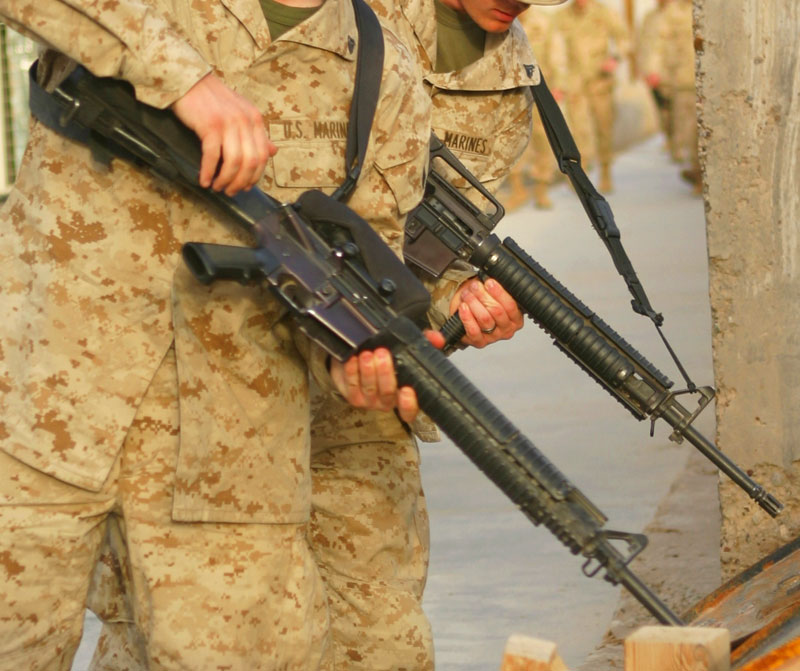 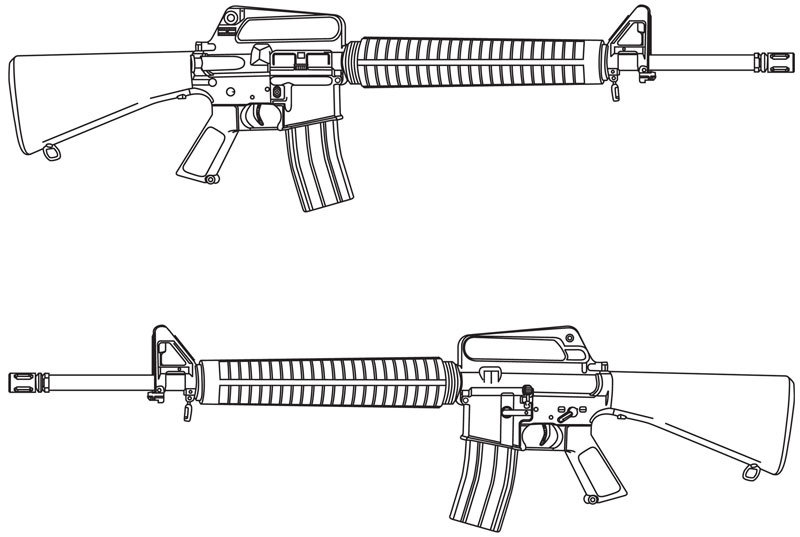 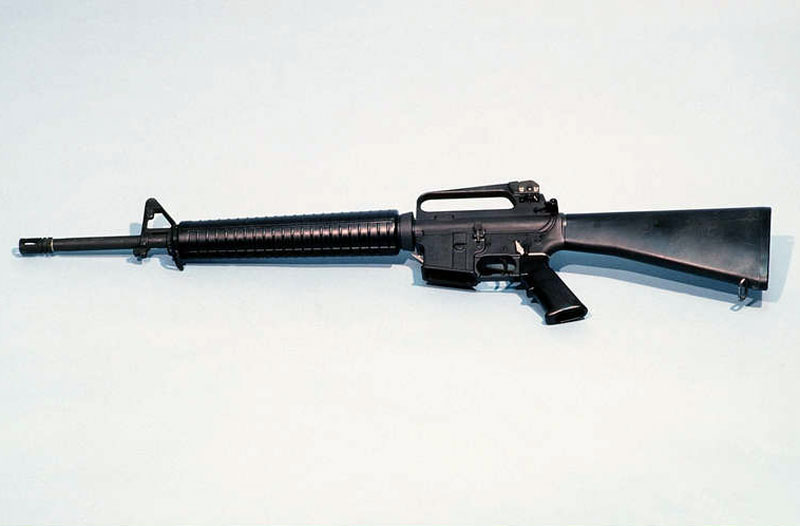 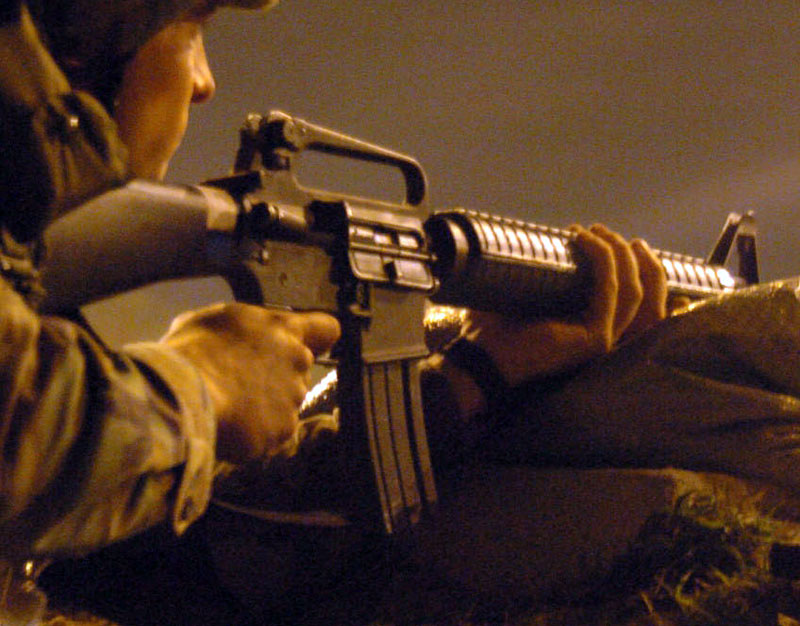 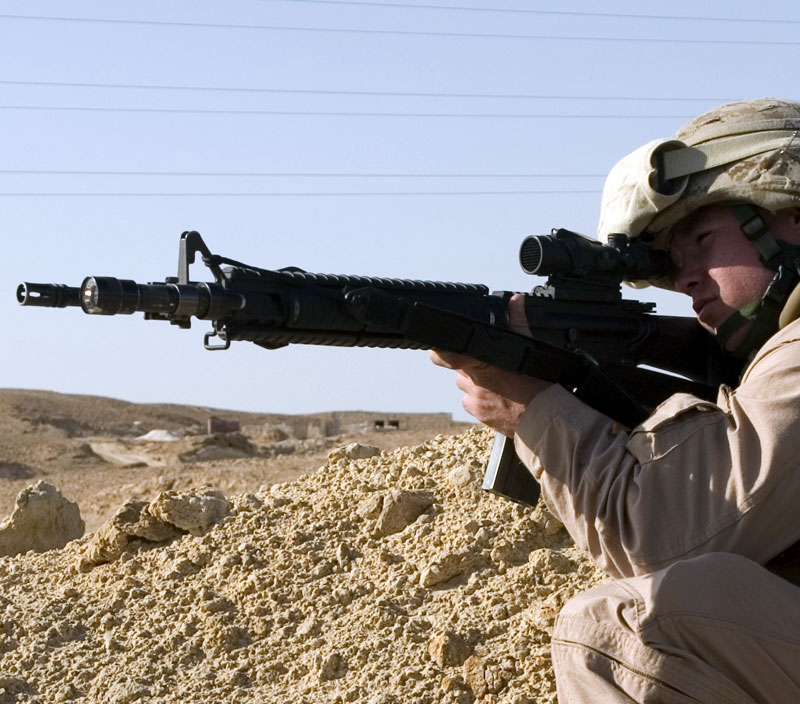 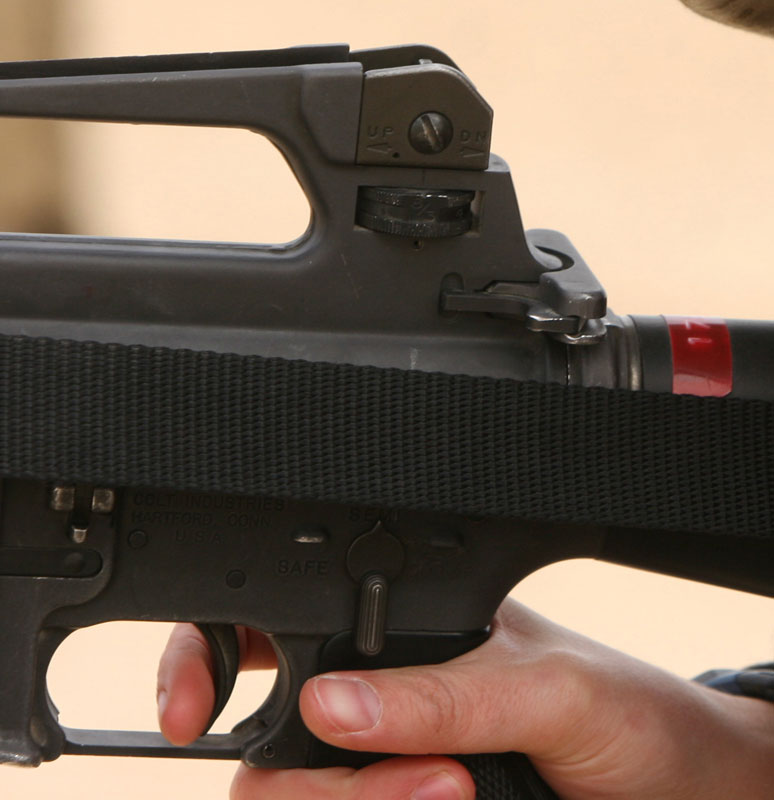 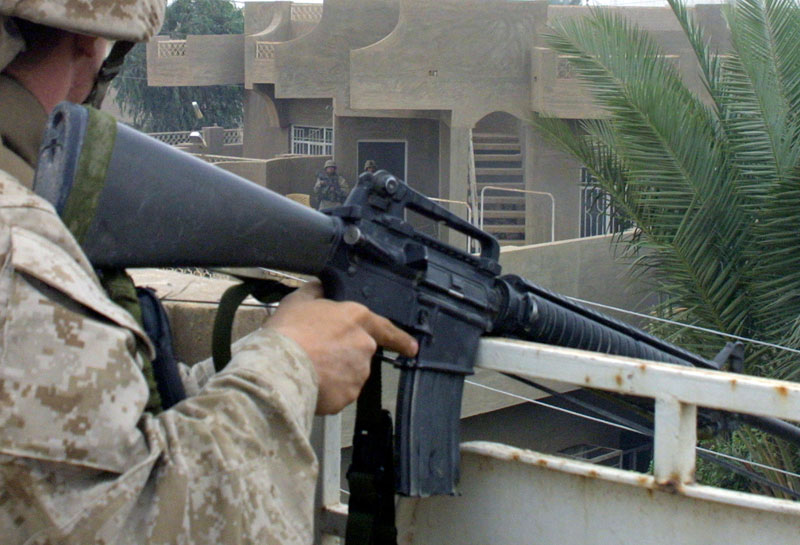 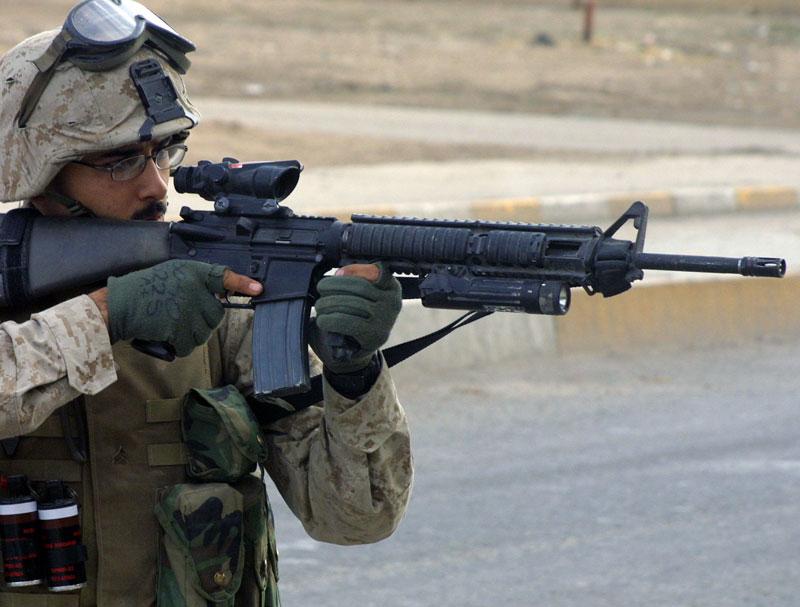