Built in a Chinese shipyard, PNS Taimur 262 is one of the latest additions of the Pakistan Navy fleet - complete with all-modern equipment and weaponry.

Authored By: Staff Writer | Last Edited: 07/14/2022 | Content ©www.MilitaryFactory.com | The following text is exclusive to this site. 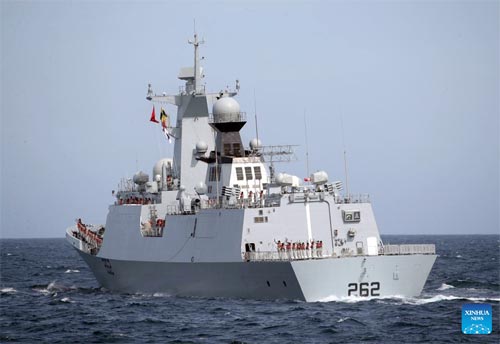 The close military ties between modern-day China and Pakistan show through with joint developments of fixed-wing aircraft, unmanned drones, and various naval solutions. This includes the new, all-modern Tughril-class guided-missile frigate which is based on the People's Liberation Army Navy's (PLAN) own Type 054A surface combatant. The Pakistan Navy has committed to the purchase of four of the vessels with two having achieved commissioned service in 2022 - one of these being PNS Taimur (262).

Taimur was constructed by the specialists at the Hudong-Zhonghua Shipbuilding yard of China and was launched to sea on January 29th, 2021. She was formally commissioned into service on June 23rd, 2022 and remains in active service as of this writing.

PNS Tughril (261) preceded her in January and PNS Tipu Sultan (263) and Shah Jahan (264) are set to follow after recently being launched for trials. Taken as a class, the vessels add a formidable "punch" to Pakistan Navy Blue Water operations in the region - with an obvious eye towards neighboring India. Construction of the group began in Chinese waters during 2018 and the class is being used to succeed the aging Zulfiquar-class in same role.

The design is made to operate independently or as part of the main fighting force and are developed around a "multi-mission" mind-set, offering a broad range of modern solutions to meet any at-sea threat at-range. It can be fielded in the airspace deterrence, convoy protection, humanitarian assistance, patrol, anti-ship, anti-submarine, and land-attack roles as needed.

Displacement reaches 4,200 tons and dimensions include a length of 439.7 feet and a beam of 52.5 feet. Power is through a COmbined Diesel-And-Diesel (CODAD) arrangement involving 4 x Shaanxi 16 PA6 STC marine diesels driving power to 2 x Shafts astern. This provides the warship with a straight line, ocean-going speed in excess of 27 knots with an operational range out to 8,025 nautical miles. Additional range is granted by a helicopter (Kamov Ka-27 "Helix" or similar) that can be launched and retrieved from the stern-based helipad. As is common with frigates today, a full-service hangar is integrated in the design.

Aboard is a relatively modest crew of 165 personnel. Installed systems include the SR2410C Active, Electronically-Scanned Array (AESA) radar, the Type 517 VHF air-search radar, and the MR-36A series surface-search radar. A Type 347G system aids in fire control and a pair of Racal RM-1290 I-band navigation radars round out the suite. Passive / active sonar is carried through a hull-bow installation as well as a traditional towed-array unit. SATellite COMmunications (SATCOM) are encrypted / protected.

Armament includes ballistic, missile, and torpedo forms. A 76mm H/PJ-26 turreted deck gun is set over the forecastle with 2 x Type 1130 Close-In Weapon Systems (CIWSs) designed to counter shorter-ranged aerial threats. For medium-ranged aerial threats, there is the LY-80N Surface-to-Air Missile (SAM) launcher. 4 x CM-302 offer an anti-ship solution and submarines are countered through 2 x Type 87 Anti-Submarine ROCkets (ASROCs) and 2 x YU-7 anti-submarine torpedoes. 2 x Type 726-4 decoy launchers are carried for self-preservation.©MilitaryFactory.com
Note: The above text is EXCLUSIVE to the site www.MilitaryFactory.com. It is the product of many hours of research and work made possible with the help of contributors, veterans, insiders, and topic specialists. If you happen upon this text anywhere else on the internet or in print, please let us know at MilitaryFactory AT gmail DOT com so that we may take appropriate action against the offender / offending site and continue to protect this original work.

July 2022 - PNS Taimur was a participant in joint Chinese-Pakistan exercises under the name of Sea Guardians-2.

(Not all weapon types may be represented in the showcase above)
1 x Kamov Ka-27 "Helix" maritime helicopter (or similar) supported from the stern-based helipad-hangar deck area. 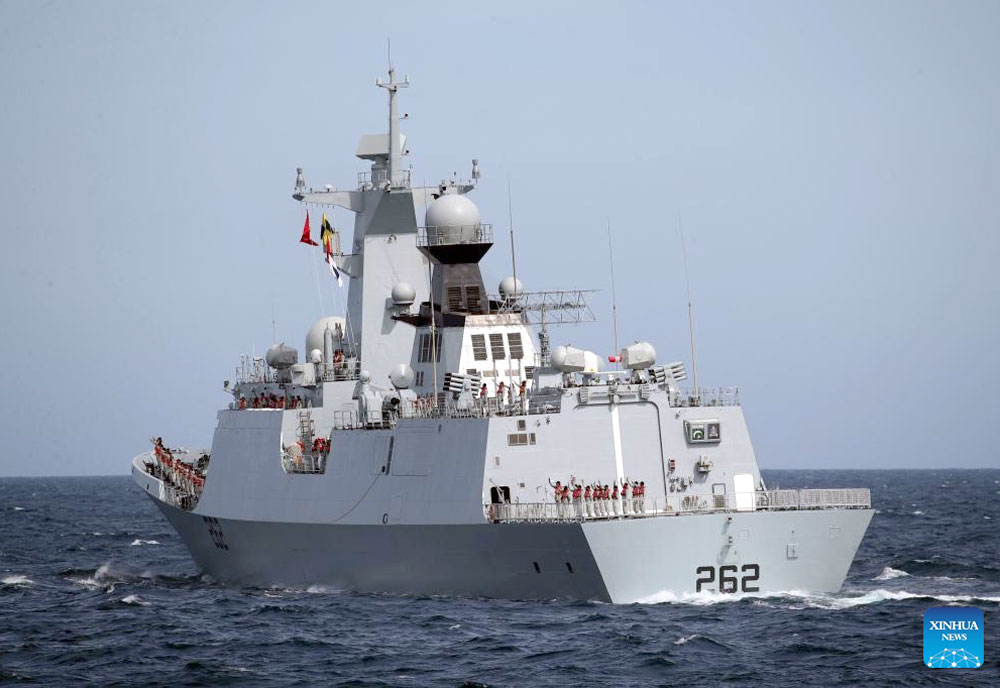