HNLMS Karel Doorman led the eight-strong Doorman-class of which most have since been sold off to allies for continued service.

Authored By: Staff Writer | Last Edited: 12/22/2020 | Content ©www.MilitaryFactory.com | The following text is exclusive to this site. 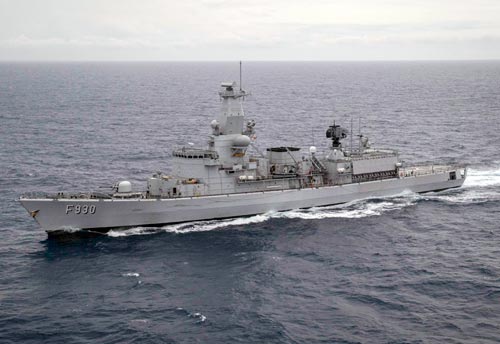 Between 1985 and 1995, Dutch shipbuilder Damen Scheide Naval Shipbuilding constructed eight frigate warships to the Karel Doorman-class standard. These were commissioned from 1991 into 1995 and went on to serve the navies of the Netherlands, Belgium, Chile, and Portugal with the class still in service today (2021). The design was born from a 1970s Dutch need to succeed an aging line of Roofdier-class frigates during the Cold War period - six of these warships were built and operated since the mid-1950s.

As multi-mission / multi-role platforms, the Doorman-class would be equipped with surface-to-air, surface-to-surface, and anti-submarine capabilities to allow the ships to undertake virtually any at-sea sortie including deterrence, security, convoy support, submarine-hunting, and general attack.

HNLMS Karel Doorman (F827) was the lead ship of this capable group (since 2005 continuing her ocean-going career as Leopold I (F930) with the Belgian Navy. The warship was of conventional design arrangement for the 1980s with slab-sided superstructures only beginning to become prominent in warships of the period. As such, the superstructure was of stepped nature with handrails and various protrusions placed about its design. Over the forecastle was a single turreted deck gun. The bridge section was set just aft and integrated into the main mast component. The smoke funnels was positoned near midships and of an enclosed, low-profile design leading to a break in the design line to which point the aft-superstructure was seated. Aft of this was the helipad/helideck offering a rotary-wing support capability.©MilitaryFactory.com
Advertisements

Beyond their multi-mission load out, the class was given enhanced Nuclear-Biological-Chemical (NBC) protection to allow it to operate in contaminated areas in the event of nuclear war against the Soviet Union. There was also attention paid in reducing the ship's radar and heat signature at range to further enhance survivability in the modern battlefield environment.

Power was from 2 x Rolls-Royce Spey 1A series gas turbines offering 16,700 horsepower to 2 x Shafts. 2 x Stork-Werkspoor diesel units provided 4,895 horsepower to the same arrangement. In all, the ship could make headway at 30 knots.

Aboard was a crew of 154 and the vessel was outfitted with a plethora of sensors and processing systems including long-range 3D surveillance radar, active phased array for surface target tracking, and special tracking and illumination radar systems. Over the stern section of the hull was a hangar/flight deck combination center allowing for the launching and recovery of a single medium-lift, navalized helicopter (typically Westland Lynx).

The ships took part in NATO exercises in European waters to better train crews in joint operations against a modern foe and served jointly with American forces in anti-drug operations across the Caribbean. In the early 1990s, the type served with coalition forces during Operation Desert Storm in the Persian Gulf theater.

From 1992 to 1994 the class was the target of modernization which brought up to speed sensors and communications equipment as well as the Electronic Warfare (EW) suite. Willem van der Zaan served as the prototype before the changes were gradually passed on to sister ships including Doorman.©MilitaryFactory.com
Note: The above text is EXCLUSIVE to the site www.MilitaryFactory.com. It is the product of many hours of research and work made possible with the help of contributors, veterans, insiders, and topic specialists. If you happen upon this text anywhere else on the internet or in print, please let us know at MilitaryFactory AT gmail DOT com so that we may take appropriate action against the offender / offending site and continue to protect this original work.
Advertisements

Belgium (as Leopold I since 2005); Netherlands
(OPERATORS list includes past, present, and future operators when applicable)
✓ Offshore Bombardment
Offshore bombardment / attack of surface targets / areas primarily through onboard ballistic weaponry. ✓ Land-Attack
Offshore strike of surface targets primarily through onboard missile / rocket weaponry. ✓ Maritime Patrol
Active patroling of vital waterways and maritime areas; can also serve as local deterrence against airborne and seaborne threats. ✓ Airspace Denial / Deterrence
Neutralization or deterrence of airborne elements through onboard ballistic of missile weaponry. ✓ Fleet Support
Serving in support (either firepower or material) of the main surface fleet in Blue Water environments.

(Not all weapon types may be represented in the showcase above)
1 x Westland Lynx (or similar) medium-lift navy helicopter supported through hangar/helipad combination section over the stern. 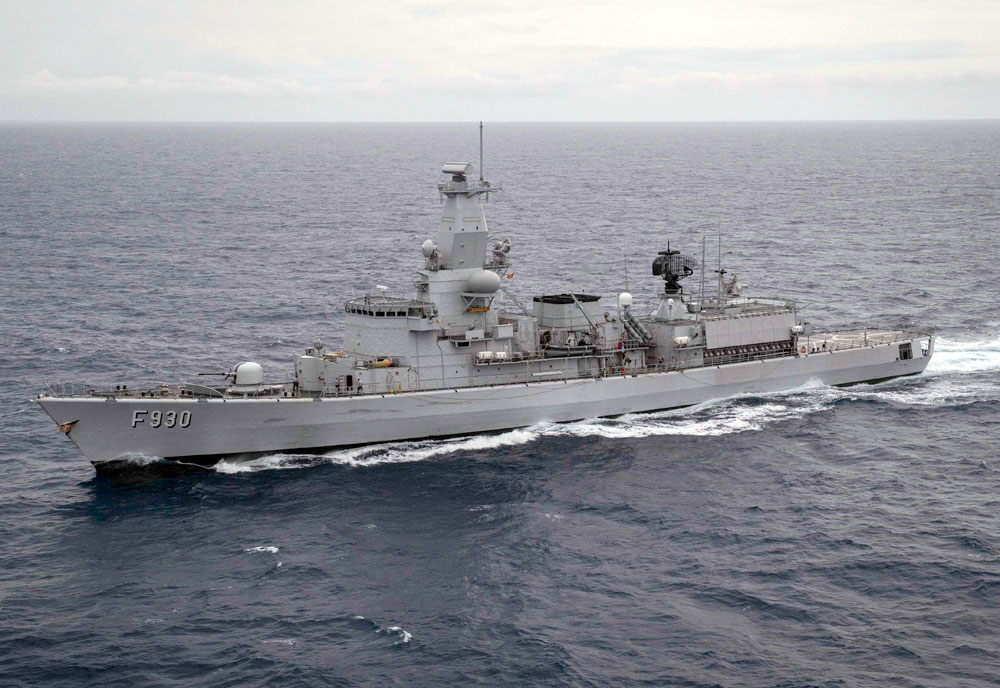 Karel Doorman F827 as Leopold I of the Belgian Navy; DVIDShub.net