The FREMM multi-purpose frigate project is a European naval initiative primarily serving the navies of France and Italy with other possible customers in the mix.

Authored By: Staff Writer | Last Edited: 03/23/2021 | Content ©www.MilitaryFactory.com | The following text is exclusive to this site. 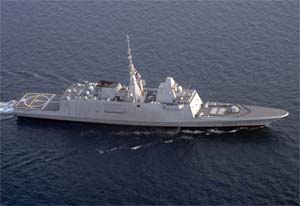 When it came to developing an all-new modern stealth-minded guided-missile frigate warship for the navies of France and Italy, the two European powers joined forces and fleshed out the "FREMM Multipurpose Frigate"). The type would be called on to undertake several fleet-dependent and fleet-independent roles such as airspace denial, submarine-hunting and land-attack. Three distinct forms were initial planned, one to serve in a dedicated sense to each of the mentioned roles though, in the end, one common hull type was settled upon to fulfill the airspace denial and submarine-hunting roles.

The ships blur the line between frigate and destroyer and are therefore referenced as either in some sources.

A total of twenty-seven FREMM warships were originally planned of which seventeen would fall to the French Navy (as the "Aquitane-class") and ten would go to the Italian Navy (as the "Bergamini-class"). Budget constraints soon saw the French revise their commitment to just eight. The lead ship of the French group became FS Aquitane and, for the Italians, this became Bergamini.

The classes began construction in 2007 and the first ships entered commissioned status in 2012. The French Navy has used this warship class to succeed the Georges Leygues and Cassard classes while Italy followed suit and used the design to succeed the Soldati and Maestrale classes.

There are slight differences between the two country's designs: the Italian version is slightly heavier at 6,700 tonnes to 6,000 tonnes for the French variant. The Italian form is also longer at 474 feet (versus 466 ft), slightly thinner 65 feet (versus 66 ft) and has a deeper draught at 17 feet (versus 16 ft). French versions are powered via COmbined Diesel-eLectric Or Gas (CODLOG) while Italian versions use a COmbined Diesel-eLectric And Gas (CODLAG) arrangement. Gas turbines work alongside electric motors and diesel generators while a bow thruster allows for fine-tuned maneuvering in either case and both are set up to gain maximum efficiency for the action required: high-speed dashing or general cruising. French ships can reach speeds just over 27 knots while Italian ships surpass 30 knots. Range is 6,000 nautical miles for the French design and 6,800 nautical miles for the Italian design.©MilitaryFactory.com
Advertisements

The crew in the Aquitane-class ships numbers around 145 and this number becomes 199 in the Bergamini-class ships. A Thales sonar system is embedded in the hull of both designs and both carry the Leonardo NA-25 DARDO-F Fire Control System (FCS) for the 76mm armament fit. A Thales towed sonar array is also standard between the two. Electronic Warfare (EW) is also shared and involves various digital fits as well as jamming equipment and decoys. Over the stern section is a combination helipad/hangar which can service two medium-lift navy helicopters operated by both naval services.

The French Navy operates the FREMM in six ASW and two Anti-Aircraft (AA) forms for a total of eight ships in service: Aquitane (D650), Provence (D652), Languedoc (D653), Auvergne (D654), Bretagne (D655), Normandie, Alsace and Lorraine. Aquitane was commissioned on November 23rd, 2012 and homeports out of Brest. Auvergne was commissioned on April 11th, 2007. Bretagne is set to be commissioned during 2018 with Normandie to follow in 2019. Alsace and Lorraine are to arrive in 2021 and 2022, respectively.

Beyond their use by the French and Italian navies, the FREMM ships have also been taken into service by the Egyptian Navy (Tahya Misr, 2016) and the Royal Moroccan Navy (Mohammad VI, 2014).

Australia, Canada, Greece and the United States remain possible candidates to take the FREMM design into service.©MilitaryFactory.com
Note: The above text is EXCLUSIVE to the site www.MilitaryFactory.com. It is the product of many hours of research and work made possible with the help of contributors, veterans, insiders, and topic specialists. If you happen upon this text anywhere else on the internet or in print, please let us know at MilitaryFactory AT gmail DOT com so that we may take appropriate action against the offender / offending site and continue to protect this original work.
Advertisements

PRIMARY TURRET(S) Main armament is housed in primary turret(s) arrangement offering enhanced protection.
ANTI-AIRCRAFT Onboard systems alert and protect the vessel from airborne, low-flying airborne threats through ballistic and / or missile weaponry.
OVER-THE-HORIZON An Over-the-Horizon operational capability is granted to the vessel, typically through launched fixed-wing / rotary-wing aircraft.
MISSILE ARMAMENT The vessel supports the launching of missiles against airborne, waterborne, or land-based targets at range; typical of modern designs.

(Not all weapon types may be represented in the showcase above)
Hanagr facilities for a single medium-lift navy helicopter at the stern section (typically NH90 series). 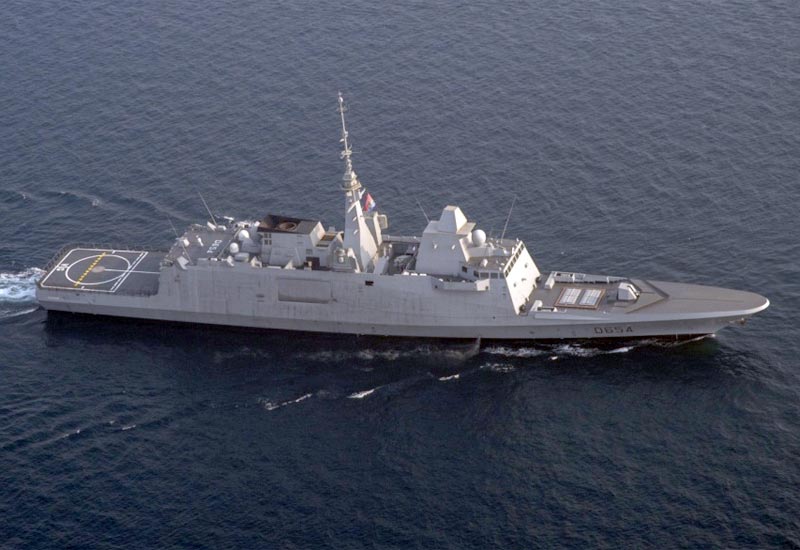