Introduced in 1932, the Swedish Bofors 40mm excelled in both land and naval roles as an air defense gun - it still sees service today.

Authored By: Staff Writer | Last Edited: 03/07/2019 | Content ©www.MilitaryFactory.com | The following text is exclusive to this site. 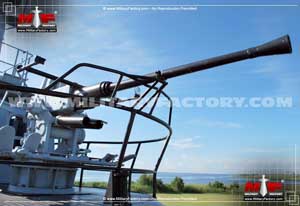 Along with the Swiss 20mm Oerlikon, the Swedish 40mm Bofors became one of the most successful light anti-aircraft weapons of military history. It appeared just prior to World War 2 (1939-1945) and was mass-produced both in Sweden and around the world while being used across all major fronts of the conflict. While it originally emerged as a naval air defense gun, its storied history was expanded as a land-based air defense system where it was adopted through a large collection of operators. Variations of the base design were eventually witnessed and the type has gone on to serve with a plethora of customers ranging from Algeria to Yemen. The British and Americans both locally-produced the type as did Germany (through Norwegian factories). The Soviets took on stocks through Lend-Lease while Japanese forces reused captured Dutch examples in the Pacific Theater. Such was the success of the 40mm Bofors design that it still remains in service today (2014), having seen additional combat service through the many engagements of the Cold War years.

Origins of the storied 40mm Bofors line were seen in an early 1922 initiative by the Swedish Navy to replace its British Vickers 2-pounder anti-aircraft guns. The concern of AB Bofors was charged with design and development of a successor which led to a formal program start in 1928. The first form was made available in 1930 and thoroughly tested through the usual trials for a gun of this type. Early versions were adopted aboard Swedish Navy submarines. A Dutch order in 1934 introduced a twin-gun variant and, the following year, Bofors unveiled a land-based version sporting its own towable wheeled carriage frame for army use - its first customer became the Belgian Army. Formal adoption of this version by the Swedish Army came in 1936.

Due to the growing foreign need for such a gun, Bofors entered in many local-license production contracts with various would-be customers - as was the case with Britain, Finland, Hungary, Norway, Poland, and the United States. In the UK, the weapon was produced by Vickers and known as "Gun, AA, Mk I" with some modifications added to suit local requirements. The American form was the "40mm Gun M1" which remained largely faithful to the original Swedish offering. Polish versions were modified locally as the "40mm Armata Przeciwlotnicza wz. 36".

In practice, several qualities of the Swedish gun made for an excellent overall military product: the action proved reliable and fast while offering a useful rate-of-fire and high muzzle velocity when firing its 40mm projectile. The weapon could engage any and all aircraft of the period with lethal results. A quick-change barrel function allowed overheated barrels to be instantly replaced. The automatic firing action of the gun allowed for sustained fire rates so long as the trigger was pressed and ammunition supplies were properly managed (cassettes/clips were used for feeding the weapon). The mounting hardware of both the land- and naval-based gun versions allowed for a full 360-degree traversal of the gun while elevation angles spanned -5 to +90 degrees. Included optics supplied the necessary assistance when attempting to engage a high-flying, fast-moving aerial target.

Two primary versions ultimately emerged - the original L/60 and the improved, post-war L/70 of 1948. The latter was developed to increase operator hit chances through an increased range and rate-of-fire. The guns differed primarily in the 40mm projectile fired - 40x311mmR versus 40x364mmR respectively - which led to varying performance statistics between the two. The L/60 version held a rate-of-fire of 120 rounds-per-minute versus the L/70's 330 rounds-per-minute. Muzzle velocity between the two was 2,900 feet-per-second and 3,350 feet-per-second respectively. Maximum firing ranges were 23,500 feet to 41,000 feet respectively. The L/60 system weighed 4,670lbs against the L/70's 11,350lb weight.
Advertisements

Production of the gun was seen all across Europe by the time of the start of World War 2 on September 1st, 1939. Local stocks of some countries were augmented by purchase of guns from other suppliers - the British inventory not only featured local Vickers-produced Bofors 40mm guns but also took on deliveries from Bofors guns built in Poland to shore up numbers.

During the war, the 40mm Bofors proved itself unlike any other weapon of the era - seeing operational service with both sides of the conflict across all of the major fronts in the war. Amazingly, Bofors of Sweden produced the gun from 1932 to 2000. German wartime production was handled through Norway at Kongsberg as the 4cm FlaK 28 (Bofors). The guns were held in such high regard that captured systems were quickly reconstituted for service against former owners. All of this was not to say that the Bofors 40mm did not excel in its naval role as an air defense gun for it did. It was equally featured across many warship types - from submarines to light-class vessels to heavier capital ships of the period. The guns were usually coupled to the smaller Swiss 20mm Oerlikons for a truly devastating, and effective, defensive aircraft net.

Its widespread mass production and ammunition availability also ensured it a healthy, long service life into the modern age. Indeed, Bofors 40mm guns were used in the many conflicts that followed World War 2 - the Indo-Pak Wars (1947, 1965, 1971, 1999), the Korean War, the Vietnam War, the Falklands War (1982), and Gulf War (1991) among others - up to the more modern commitments seen today. The gun has also been adopted aboard gunship aircraft (as in the Lockheed AC-130 "Spectre") and tracked armored vehicles (like the Italian DARDO IFV and the Swedish CV90 IFV).

The 40mm Bofors product eventually fell under the United Defence Industries brand label from 2000 to 2006 until absorbed under the BAe Systems label from 2006 onwards. As such, it remains in production today (2014).
Advertisements

(Not all weapon types may be represented in the showcase above)
Dependent on ammunition carrier. 40x311mmR used in L/60 mark; 40x364mmR used in L/70 mark. 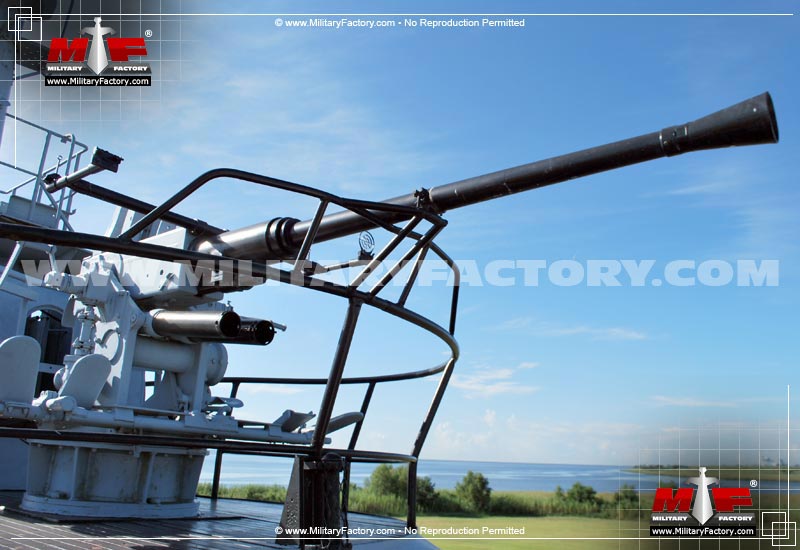 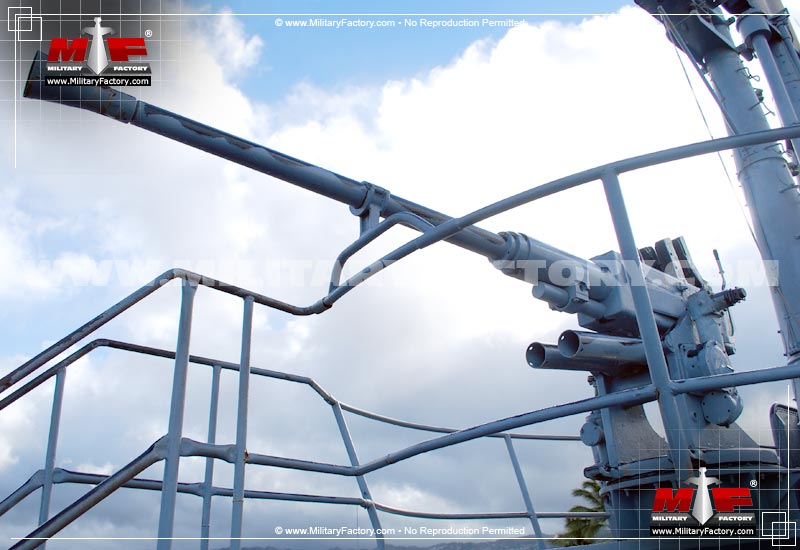 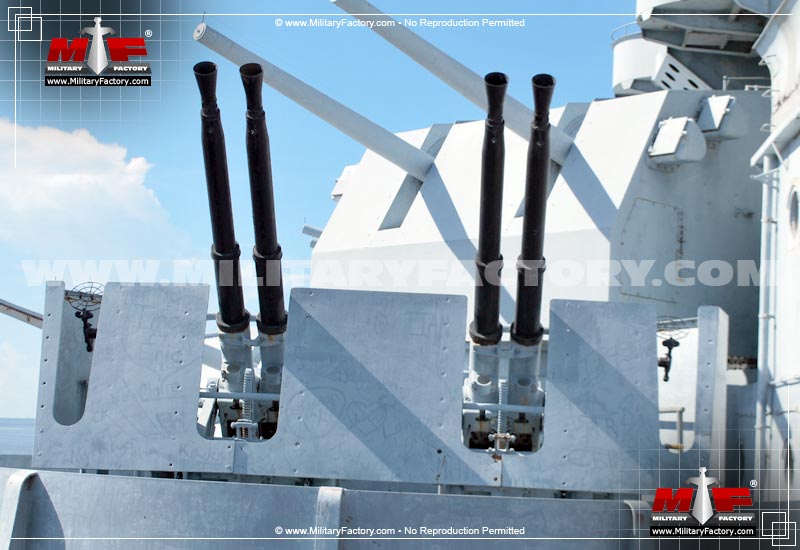 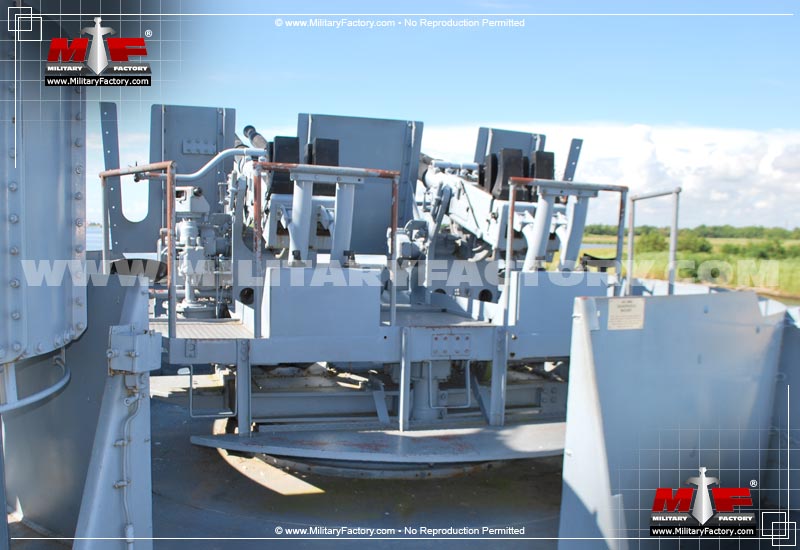 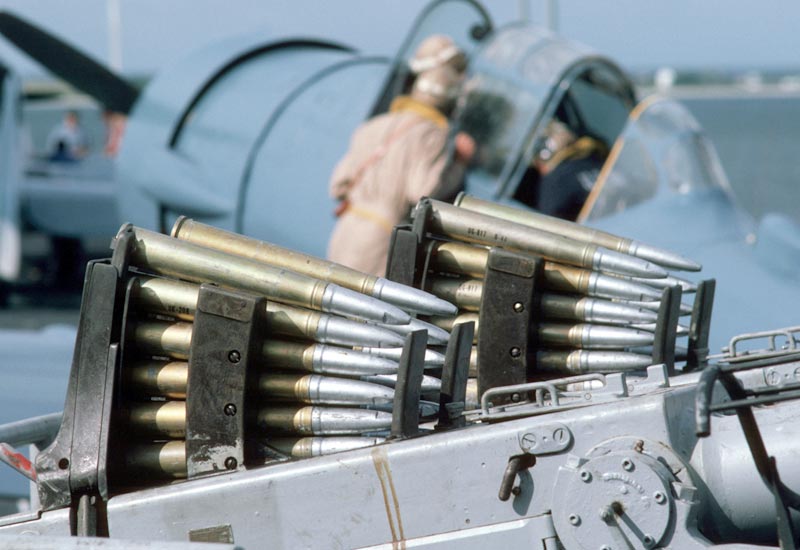 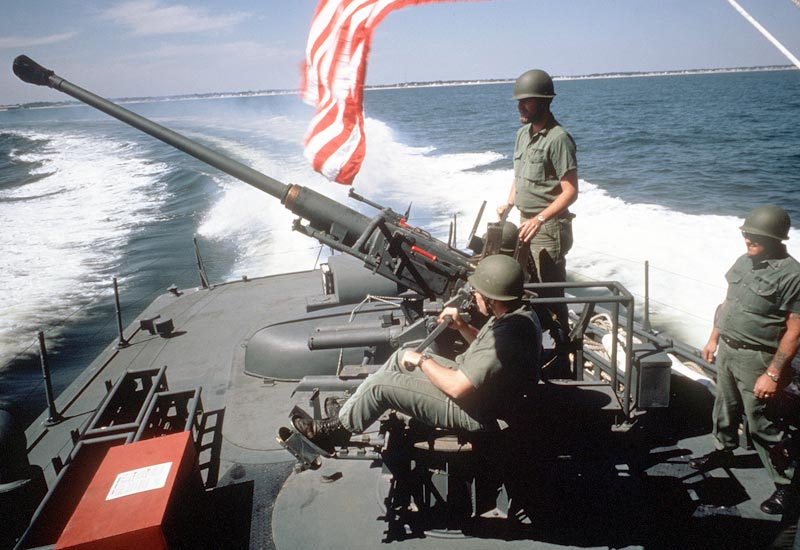