The Chinese Type 63 portable multiple rocket projector was developed during the early 1960s and still sees sporadic use today.

Authored By: Staff Writer | Last Edited: 07/08/2019 | Content ©www.MilitaryFactory.com | The following text is exclusive to this site. 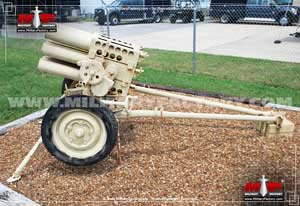 During the 1960s, China followed suit with other national powers and adopted a towed artillery projector system inspired by its experiences with similar weapons Soviet in origin. Design work began in 1961 with production following in 1963 through State Factory 847. The weapon went on to find relatively widespread global service and featured in several conflicts of the period - including those as recent as the 2011 Libyan Civil War and the 2011 Syrian Civil War. A self-propelled version later emerged mounted atop the Nanjing NJ-230 series truck as the "Type 81 SPMRL 107mm". Local production has also taken place in Egypt, Iran, North Korea, South Africa, Sudan, and Turkey - all under respective designations (see variants listing).

In PLA service, the Type 63 replaced the smaller-caliber and aged stocks of 102mm Type 60-5 rocket projector systems. It is not in large-scale use by regular forces today (2014) though some specialist groups in the Chinese Army have reserved stocks of the weapon.

As designed, the Type 63 showcases an overall weight of 1,327lbs. It is arranged as a conventional battlefield artillery piece with a towable, two-wheeled carriage assembly to which the mounting hardware is affixed which holds the launcher platform. Elevation and traverse functions are built in as a series of hand wheels for precise aiming. Overall length of the complete unit is 2.9 meters with a width of 1.65 meters and a height of 0.9 meters. Such a compact size is critical to battlefield function by troops and for portability. A typical crew is five personnel and reloads are limited by any accompanying ammunition resupply vehicles or carriers.

The system arranges a 12-tube launcher component which sees three rows of four tubes well-spaced apart. A single tube fires a 106.7mm (107mm) rocket with a HE (High-Explosive), HE-I (High-Explosive, Incendiary), or HE-FRAG (High-Explosive, FRAGmentation) warhead suitable against light armored vehicles and infantry. As an anti-personnel weapon, the Type 63 can supply a tremendous lethal punch as well as a detrimental psychological effect. While somewhat inaccurate in flight when fired individually, the rockets are best served in an area-saturation role. The rockets can clear the launch tube in seconds and be fired individually or as a whole salvo.

The launcher component allows for an inherent -3 to +57 elevation span as well as 32-degree traversal from centerline. Muzzle velocity of the outgoing rockets is listed at 1,260 feet per second while maximum reachable ranges near five miles. The launcher component can further be detached from the single-axle carriage and affixed to most any sort of wheeled or tracked vehicle to form a mobile weapons platform.

A lightweight variant was also developed as the "Type 63-I" and deployed by Chinese airborne troops as an air-transportable weapon system. As airborne forces have been historically a light-armed combat element, such portable weapon systems have proven a godsend when going into battle behind enemy lines.
Advertisements


(Not all weapon types may be represented in the showcase above)
12 x 107mm rockets. Reloads dependent upon ammunition carrier. 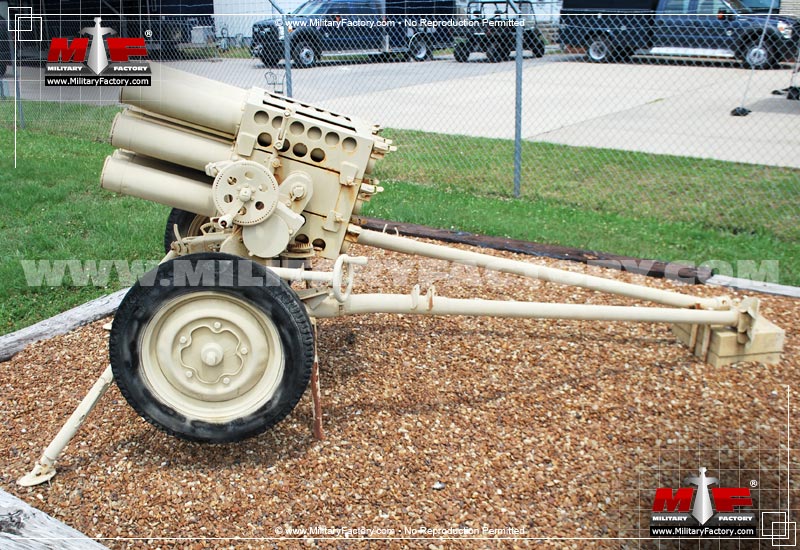 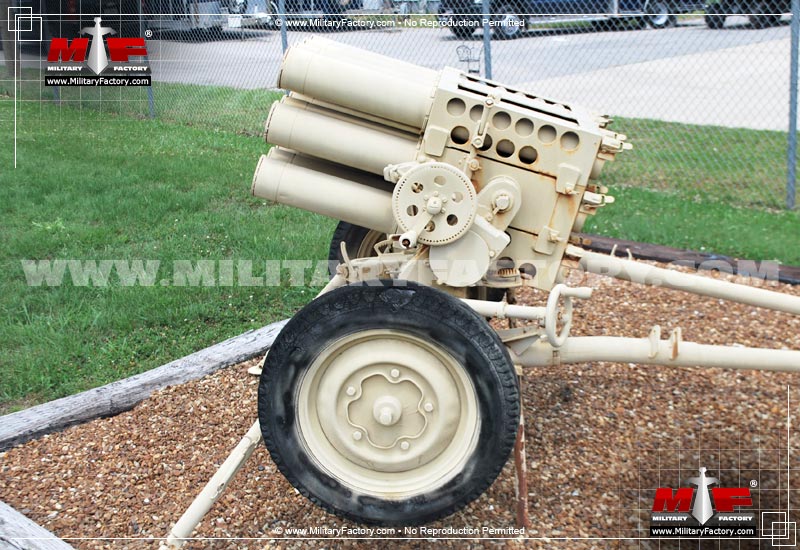 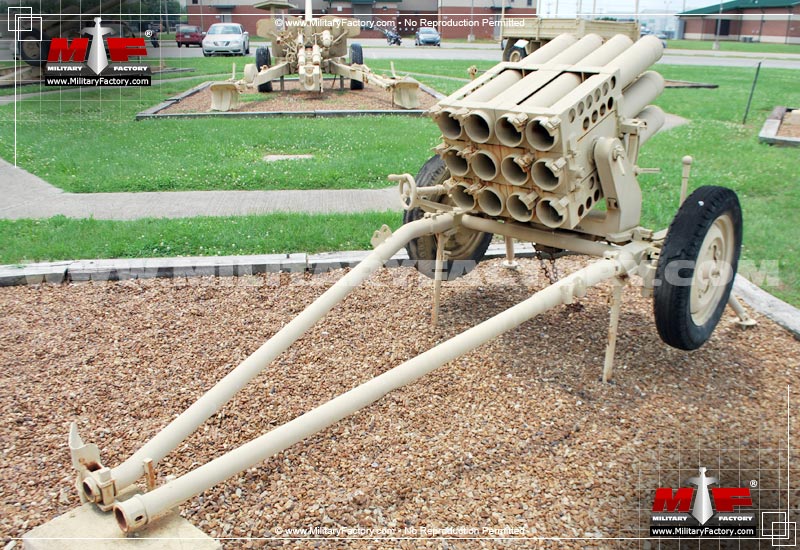 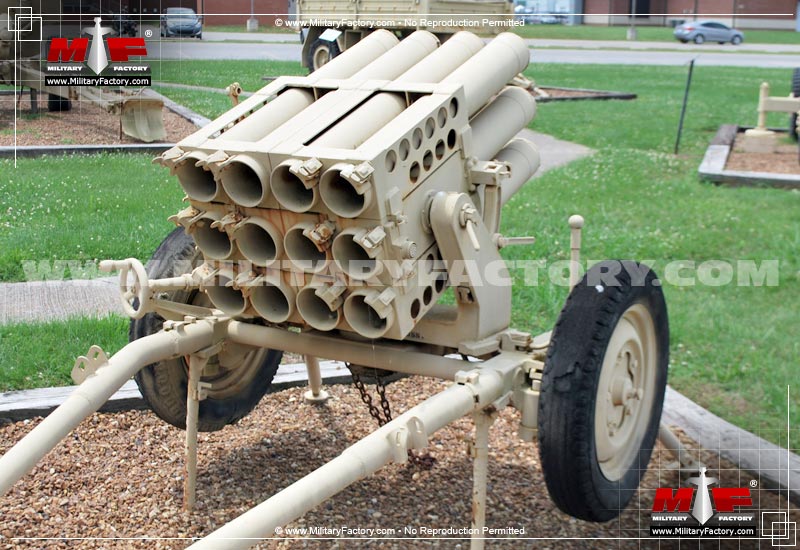 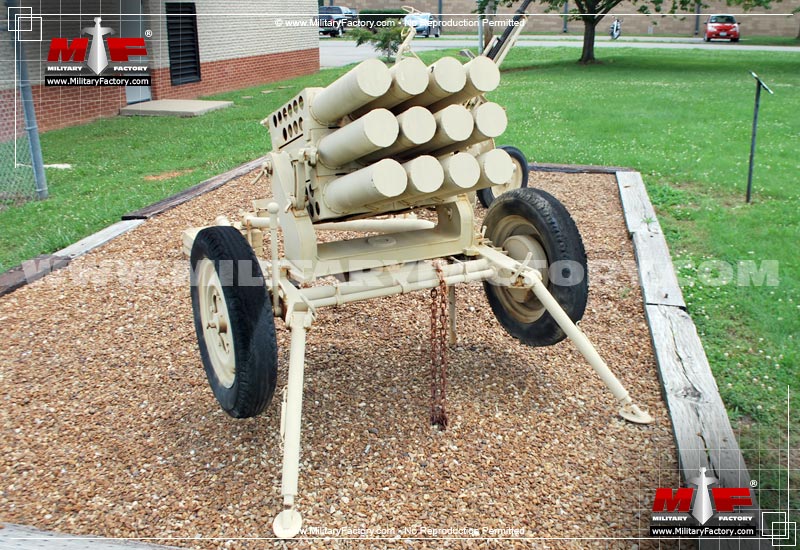 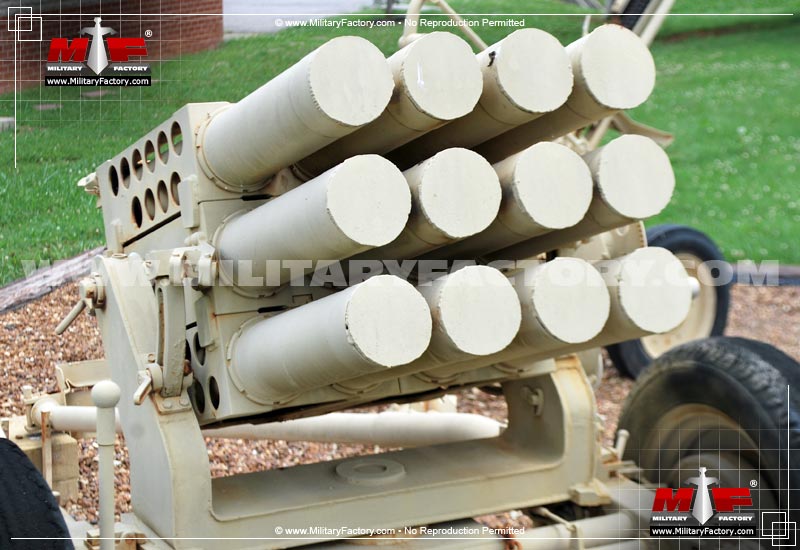