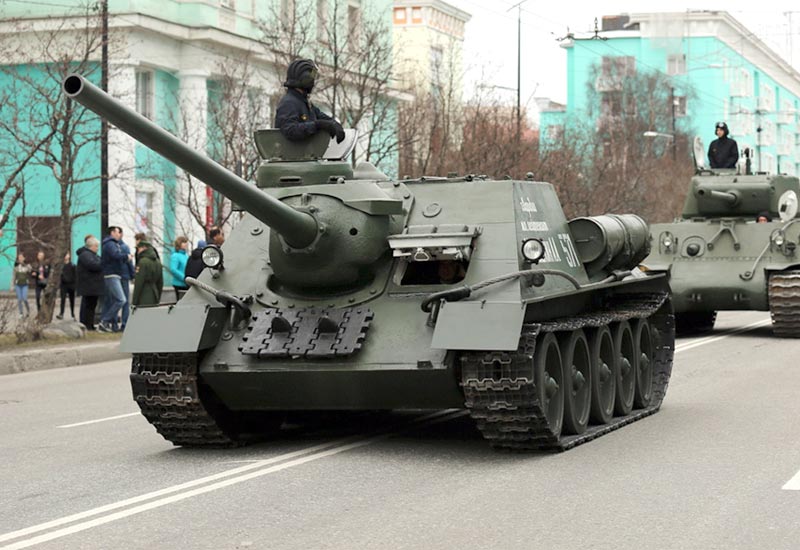 Image from the Russian Ministry of Defense.
2 / 3 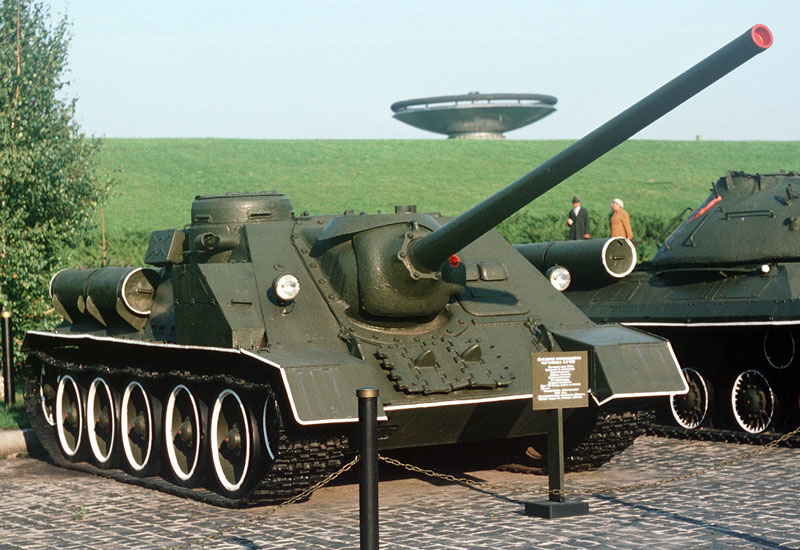 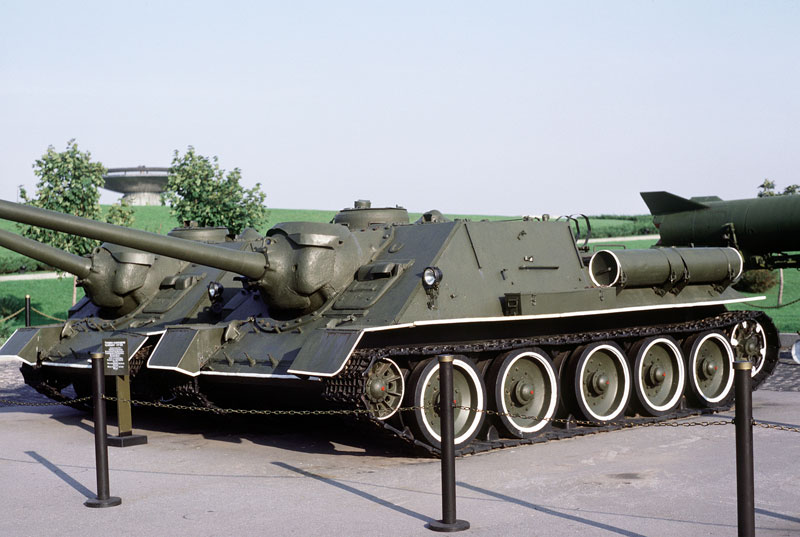 Front left side view of an SU-85 on display; color.
❮ ❯

To help speed up production of the Su-85, the chassis of the T-34 medium tank was used along with an 85mm anti-aircraft gun armament.

After the invasion of the Soviet Union by former ally Germany, the Red Army was put on its heels in attempting to stem the tide of the mighty Wermacht. The arrival of the fabled T-34 medium tank changed battles in favor of the defenders for a time, where her thick armor, speed and capable gun coped well against the primary tanks of the German Army - the Panzer III and Panzer IV series. This forced the hand of the Germans to develop even more potent machines which inevitably became the excellent Panther medium and Tiger heavy series. In turn, this prompted the Soviets to deliver a tank-killing system, which was attempted with the development of the SU-122. However, the gun of the SU-122 proved only effective as an "assault gun" in support of infantry actions and tackling enemy fortifications and troop concentrations and less so for the specified role of killing tanks.

The lackluster draw of the SU-122 led Soviet authorities to continue their search for a dedicated tank-killing system. As a starting point, and to facilitate grand scale production, the hull of the SU-122 (itself a copy of the T-34 hull) was utilized and an existing 85mm anti-aircraft cannon was fitted. Utilization of these components ensured that the new weapon system could be produced quickly and in the required numbers while keeping expenses under control. A prototype was made available in August of 1943, evaluated and accepted into production as the SU-85 to which 750 examples were delivered by the end of the year.

By this time, the original 76mm main gun of base T-34 tank models were proving rather ineffective against the new generation of German tanks. The 85mm gun proved the next logical step for the series and the new T-34/85 was born. In effect, the arrival of the T-34/85 rendered the dedicated SU-85 somewhat redundant which led to production of the latter wrapping up in September of 1944, completing the delivery of some 2,000 examples.

As the SU-85 was on its way out, its replacement became the SU-100 mounting the more powerful 100mm main gun. The SU-100 entered service the same month that the SU-85 was discontinued.