The American M2 Half-Track proved just as important to the Allied cause as any one aircraft, warship or firearm. 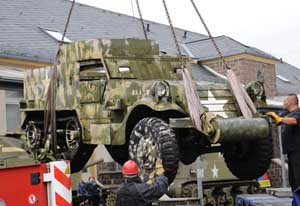 The United States Army learned by experience in World War 1 that trying to move men and machine through mud and snow proved a logistical nightmare. The Army understood the day of the horse drawn limber and caisson had come to an end so a solution was in order. Early attempts at "half-track" vehicles built by the Citroen Company were viewed as crude machines at best - these systems had their rear wheels removed while having applied a kegresse rubber belt installed to provide rear propulsion to, what were essentially, converted commercial automobiles and trucks. However, the new concept finally allowed for more modernized transport over soft or uneven terrain.

In the 1920's, the US War Department bought a number of these vehicles for evaluation and testing began by the Army Ordnance Department. It became apparent that rubber was not the answer and a metal interlinked caterpillar track was suggested. A prototype with this style of track was built in 1939 by the White Motor Company, a large commercial truck manufacturer of the 1920s. White absorbed smaller truck companies like Autocar, Stearling and Reo and these mounting acquisitions gave White a number of factory locations to make it more susceptible to potentially lucrative Government contracts.

A lightly armored half-track vehicle was a requirement for the burgeoning US Army and there was a deeper need for this vehicle to maintain a dual-purpose role within the ranks. First it would replace the horse and mule as the prime mover for both artillery and supplies and, second, it would serve as an Armored Personal Carrier (APC) with reconnaissance capabilities. The contract went to the White Motor Company who used their own in-house engine for power and took the rear assembly from the T9 half-track truck, connecting it to their existing M3 Scout Car. This clever use of existing components made the assembly much cheaper and allowed the final product to be issued to the Army on schedule. The new vehicle was called the "T7 Half-Track Car" but testing in the field proved it was underpowered for the prime mover role as an artillery tractor. After additional upgrades, including fitting ever larger engines, the final product became the well-known "Half-Track Car M2".
Advertisements

The M2 was a rear track-driven vehicle with a wheeled front axle. She was assigned a base 2-man crew made up of a driver and an assistant driver. A mount for an M2 Browning heavy machine gun was fixed above the forward cab and up to 1,000 rounds of ammunition was generally carried. Seats for seven passengers including applicable field gear could fit in the rear area. The M2 had up to 12mm of armor thickness protecting the crew and passenger areas and up to 6mm of armor around the engine block. The light armor coverage would only protect the crew and passengers from small arms fire and remained open-topped, exposing the passengers to plunging fire or hand thrown explosives. The 147hp engine was powerful enough to move the 9-ton vehicle with nine onboard personnel with supplies some 200 miles at 40mph.

As soon as the M2 entered production and began shipping to US Army posts, the war in Europe had exploded. Requirements for the M2 skyrocketed (via Lend-Lease) to the point that the International Harvester Company received a contract to build the M9, an offshoot of the base M2. The White Company continued what production it could but was already hard at work in designing and developing a newer, larger, and heaver version of the M2 to become the more famous "M3" half-track. Unlike the M2, the M3 would be able to field an entire rifle squad into combat. As the war in Europe, North Africa and the Pacific progressed, there proved the need for a more mobile and adaptable force. As such, the M2 would receive a number of modifications to her armor protection, drive train, engine, and equipment stowage options. Some served as testbeds for anti-aircraft systems that ultimately evolved into production forms on the M3 chassis.

Though the initial M2 offering was a relatively limited one, she served the United States and her allies well throughout the World War 2 effort. The M2 saw combat action in North Africa, Europe and the East Front, supporting both offensives and retreats against a stellar German foe. Similarly, the US Marine Corps in the Pacific utilized the M2 to good effect in their island hopping campaigns, attempting to dislodge a stubborn Japanese defense. With some 13,500 M2's delivered along with an additional 3,500 M9 copies produced, the vehicle showcased fifty years of dedicated service worldwide. Astoundingly, the series continued to receive modernization upgrades and see active service in Bolivia and other countries as recently as 2006.
Advertisements 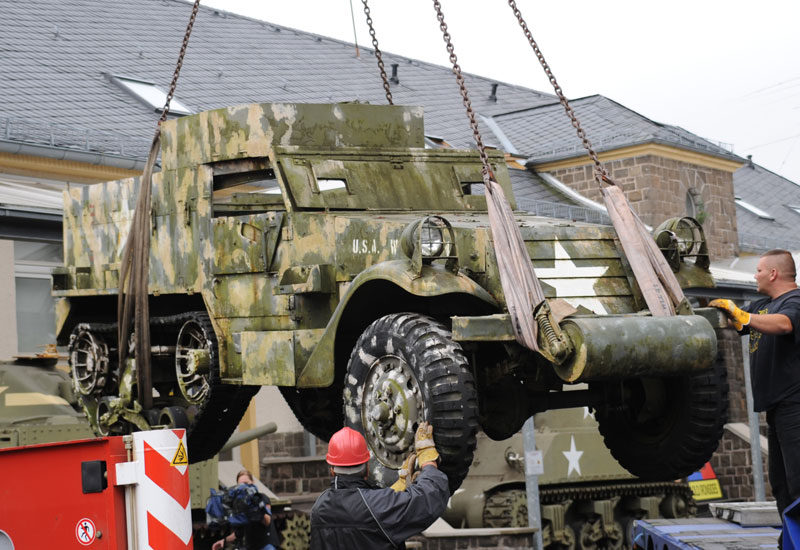 Front right side view of an M2A1 half-track model being lowered for display; color
2 / 8 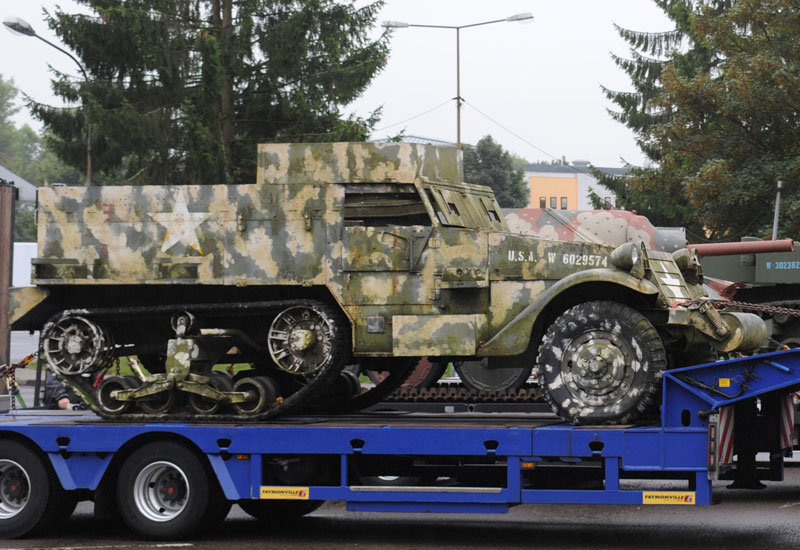 Right side view of the M2A1 half-track in transport; color
3 / 8 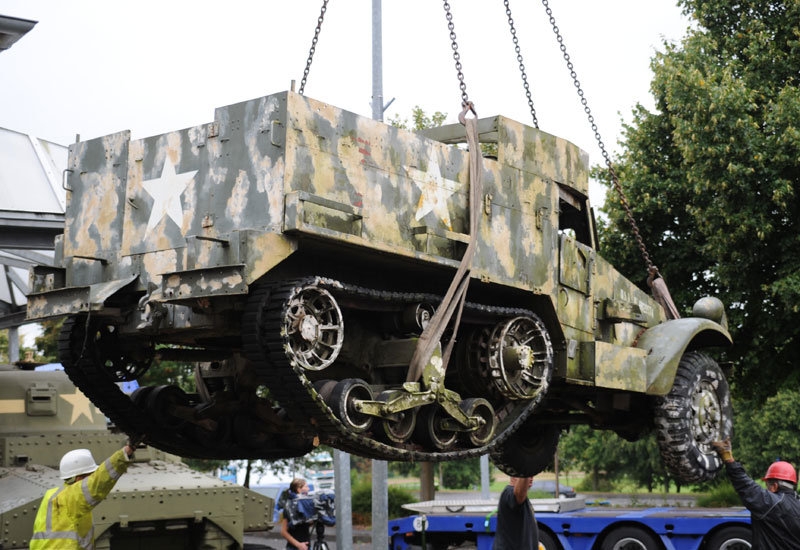 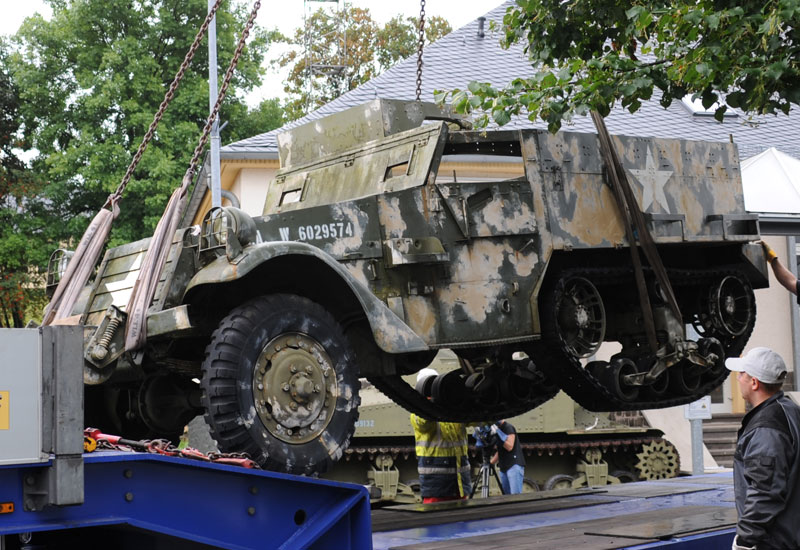 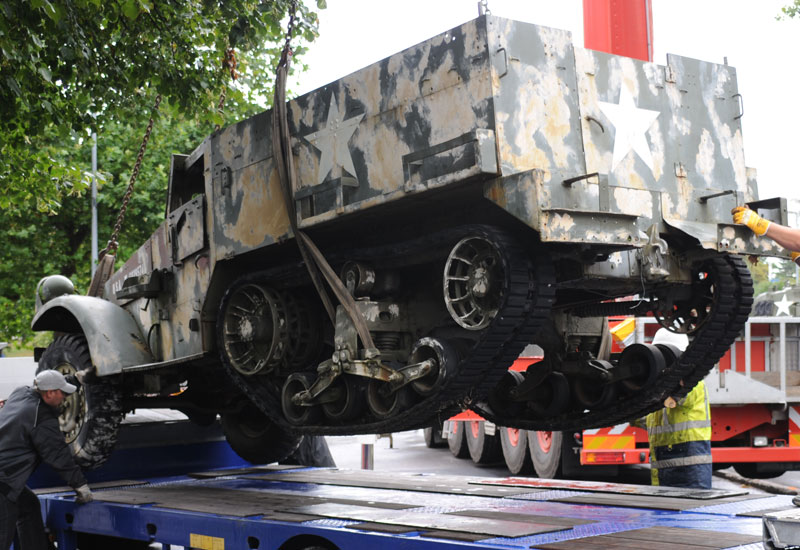 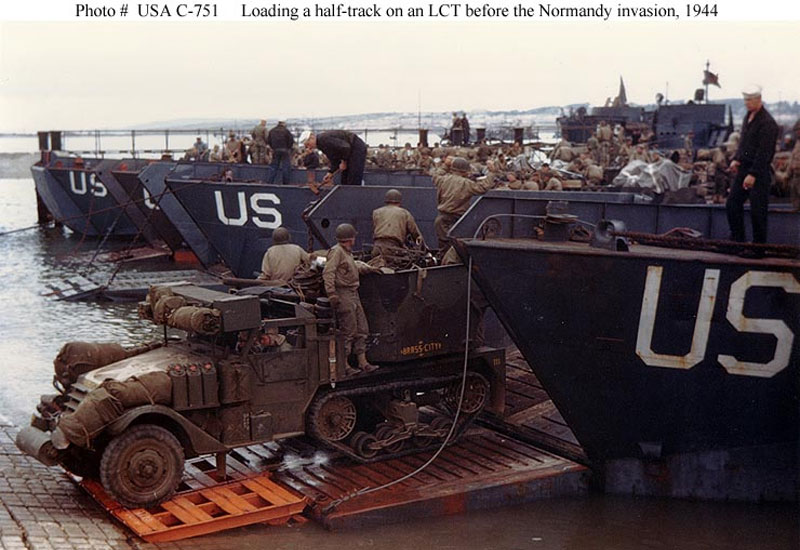 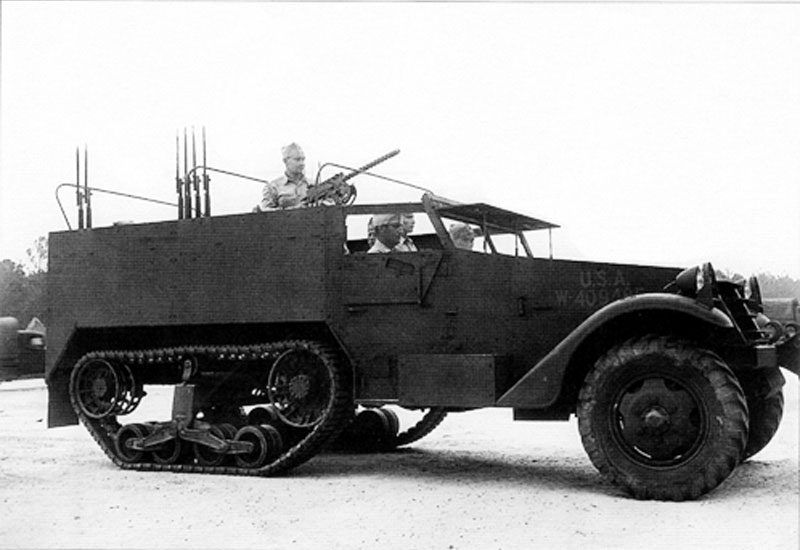 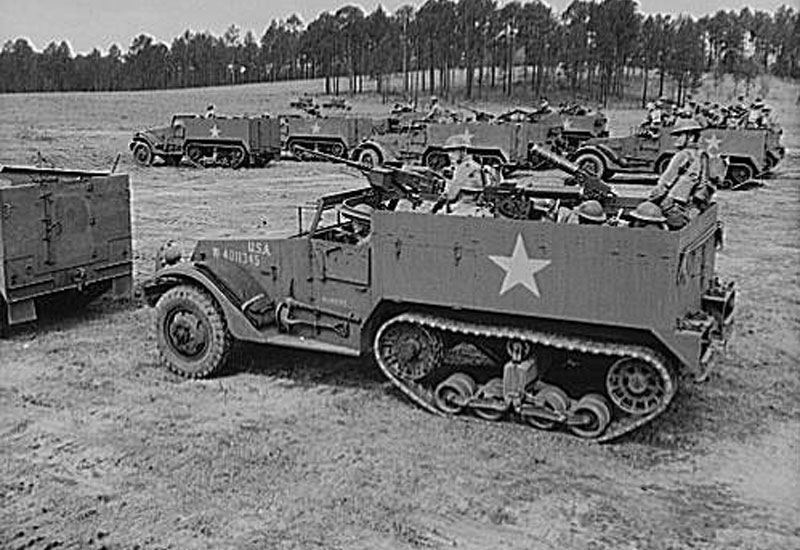