The classic Soviet-originated 122mm M-30 towed field howitzer became one of the most famous artillery systems of the last century.

Authored By: Staff Writer | Last Edited: 05/16/2022 | Content ©www.MilitaryFactory.com | The following text is exclusive to this site. 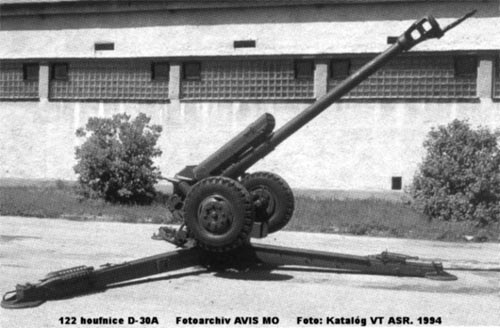 To stave off defeat at the hands of the Germans in World War 2 (1939-1945), the Soviet Union was forced to rely on a bevy of artillery pieces of various calibers. One of the more famous of the available lot became the "M-30" (M1938) series of towed divisional-level field howitzers which went on to enjoy a long service life, its production totals reaching 19,266 units before the end. The design of the gun was attributed to the Motovilikha Plants and manufacture was under Plant No. 9 and Plant No.92 of the Soviet Union from the period spanning 1939 until 1955. Despite its age, the series continues to see service today (2017) and is regarded as one of the best artillery guns of the 20th Century.

The gun, of 122mm caliber (121.92mm to be more precise), was already in circulation before the time of World War 2. It was a conventionally-arranged artillery piece consisting of the gun tube with recoil mechanism, gun shield, twin-wheeled carriage with mounting hardware and split-trail tow arms. The gun tube sat at front-center with the hydropneumatic system underneath. Both were affixed to the mounting section and this to the carriage assembly. The allotted gun shield offered only limited protection to the gunnery crew of eight. The breech involved an interrupted screw-type design with automatic case ejection system and sighting was through an panoramic device. The roadwheels allowed for road travel with an accompanying mover vehicle and the trail arms were split apart when the weapon was made ready to fire.

The mounting hardware allowed for an elevation span of -3 to 63.5 degrees and traversal was +49 degrees left-right from centerline. This gave the weapon the capabilities of direct and in-direct fire. Range was out to 7.3 miles. A trained, well-experienced gunnery crew could reach a rate-of-fire of up to 6 rounds-per-minute.

Dimensions of the complete system included an overall length of 19.3 feet and a width of 6.5 feet. Overall weight was 5,400lb when the system was made ready-to-fire though this ballooned to 6,835lb when the gun was arranged for transport.

In 1940, some 639 total pieces were produced for immediate action and production peaked in 1944 with another 3,485 guns added to the mix. In the final year of the war, 1945, a further 2,630 more guns were included and manufacture consistently fell from there, ending in 1955.
Advertisements

Captured guns by the German Army were known under the designation of "12.2cm sFH 396(r)" and used in the heavy howitzer role. Such were the numbers of captured guns from the Soviets that the Germans took to producing their own 122mm ammunition from 1943 until 1945. Likewise, the Finns captured a useful stock of the gun as well and redesignated them as the "122 H38" in their renewed war with the Soviets. These operated into the mid-1980s before being given up for good.

By this point, the gun had proliferated the inventories of many global powers who appreciated the weapon's inherent accuracy, reliability and procurement / maintenance costs. Many Soviet-aligned nations and states relied on the type to the point that thousands entered global circulation. With that said, it is no surprise that the series continues to see service today (2017) with the likes of Bangladesh, China (locally-produced as the 'Type 54/Type 54-1"), Croatia, Egypt, Ethiopia, Macedonia, Hungary (as the "Tarack 38/68M"), Iran, North Korea, Pakistan, Poland (as the "wz. 1938/1985"), Romania (as the "M-30M"), Uzbekistan and others.

The Russian Army holds as many as 4,000 M-30 gun units in reserve status should they still be needed in some modern or future conflict.

The M-30 gun also formed the basis of the main armament of the classic SU-122 self-propelled assault gun (detailed elsewhere on this site). Several experimental models were also developed during its time but none found the success of the original M-30 before more modern designs took over.
Advertisements

Plant No. 9 / No.92 - Soviet Union
(View other Vehicle-Related Manufacturers)

(Not all weapon types may be represented in the showcase above)
Dependent upon available ammunition supplies. 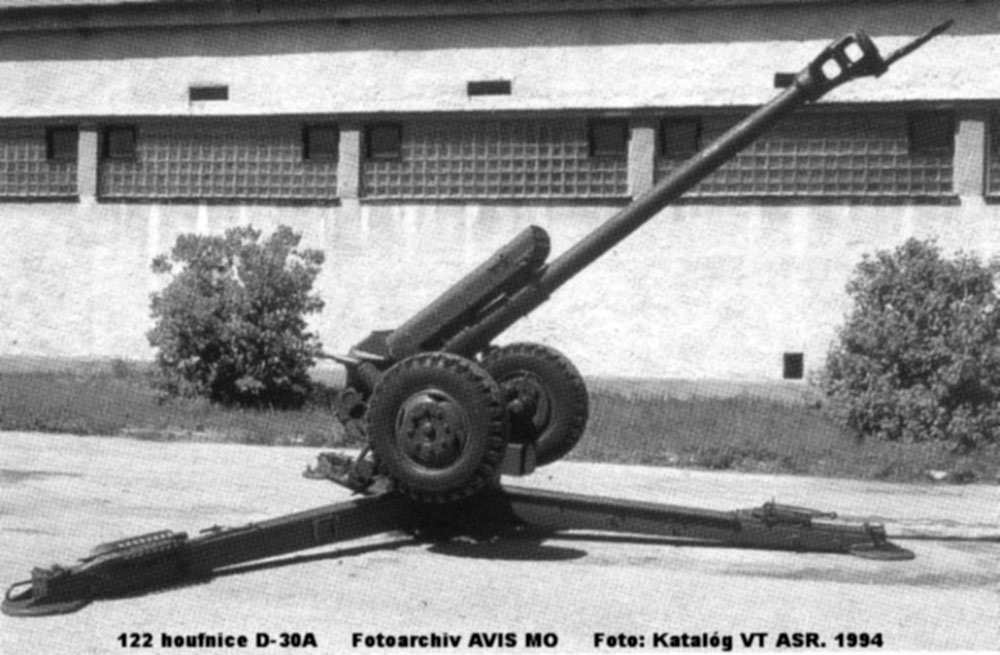 Image from the Czech Ministry of Defense; Public Release.