Introduced in the mid-1960s, the Cadillac Gage Commando Armored Car has seen active service into the new millenium. 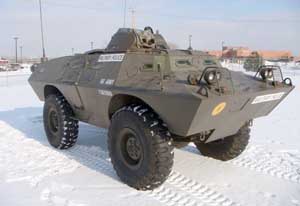 The Cadillac Gage "Commando" (V-100 / G-392) was first adopted by the United States Army in the 1960s for the light armored 4x4 scouting role. A pilot vehicle was evaluated in June of 1962 before service entry in 1963. The series then went on to see a healthy, long-running service life with multiple operators and continues in operational use today (2014) with many. The base chassis has launched several notable marks including the V-150, the V-200, the LAV-300 and the LAV-600 with some SWAT police forces also having taken delivery of the type.

The vehicle was given the Chrysler 361 series 8-cylinder gasoline engine of 190-200 horsepower which, at the time, was also in circulation with the U.S. Army to power its early fleet of M113 Armored Personnel Carriers (APC). The engine was mated to a 5-speed manual transmission system and the hull fully suspended across its two axles with power driven to all four wheels. Large "run-flat" road wheels were used in the combat environment and this also promoted high ground clearance for traversing obstacles and ditches. The arrangement allowed for a maximum road speed of 62 miles per hour with a range of 400 miles.

Overall weight became 21,800lb. The hull measured 18.7 feet long with a 7.4 feet width and 6.5 inch height to the roof line. As such, the vehicle was compact enough for air and rail transport. It featured a heavy-duty powered winch system under the forward section of the hull with a 10,000lb hauling capacity. The vehicle was also completed with inherent amphibious qualities which did not require any preparation, prior to water entry, from the crew. The pilot vehicle differed slightly from its production-quality forms in that the fenders were cut out in a more angular pattern. Production vehicles featured rounded fender assemblies which was easily identified.

Internally, the vehicle was typically crewed by three but carried internal space for up to five. The driver was positioned at the front-left of the hull superstructure. Access hatches on the hull roof and side doors allowed for the necessary entry/exit of personnel. Alloy steel of .25" thick made up the armor protection scheme. The powered-traverse turret could mount several supported machine gun types or specialized combinations. Cadillac Gage - now Textron Marine and Land Systems - was charged with its manufacture. The concern has become well known for its other developments including the Landing Craft Air Cushion (LCAC) system for the U.S. Navy and the new M117 Armored Security Vehicle for the U.S. Army.

The U.S. Army began purchases of the G-392 during 1963-1964 just as American involvement in Vietnam ramped up. These early vehicles operated under the developmental designation of XM706 while the primarily form - with rounded fenders - were used under the formal M706 designation. Additionally, M706s had slightly raised access hatches on the hull roof and lacked one of the side firing ports seen on the XM706.
Advertisements

In practice, the M706 gave a good account of itself in wartime. Its sloped armor facings provided it with basic ballistics protection against small arms fire, artillery spray and some types of bomb blasts (RPGs, mines, etc...). The high ground clearance allowed it to traverse uneven terrain and overall operational ranges were good. The rear axle had a propensity to fail under the sheer weight of the armored hull but this proved tolerable.

Initial units arrived in South Vietnam during 1963 and served with both USAF and Army police units. The U.S. Army proper then received XM706 vehicles intended for the South Vietnamese Army in 1967. In 1968, the Army procured its own version as the XM706E1 which later became the standard M706 model. The United States Air Force favored a specialized variant known as XM706E2 which did away with the turret and fitted an open-air boxy superstructure over the hull. All dimensions remained the same though operational weight was reduced by several hundred pounds.

The hull superstructure of the Commando could mount a 0.30 caliber/7.62mm machine gun or a 0.50 caliber machine gun or a combination of the two as needed. Other specialized versions broadened this approach to include a turreted 90mm gun, 20mm autocannon or surface-to-air missiles.

The V-200 model featured extended dimensions but was similar to the V-100 model line in most respects. The variant was developed for Singapore at request and have been used in the armored scouting role, security role and modification to mobile surface-to-air missile launching platforms.

The V-150, despite its designation, arrived after the V-200 model was introduced and made itself something of a bridge model between the original V-100 and subsequent V-200. Developed for Saudi Arabia, these vehicles could be completed with the basic diesel engine or mount a gasoline-fueled alternative depending on requirements. These saw combat service in the 1991 Gulf War with poor results.

The LAV-300 broadened the V-100 capabilities by becoming a 6x6 wheeled design with a lengthened chassis. It was introduced in 1979 and fitted a 90mm turreted main gun with 7.62mm coaxial machine gun. A Cummins 6 CTA diesel turbocharged engine powered the three axles to speeds of 65 miles per hour with ranges reaching 575 miles. The LAV-300 line itself was offered across some fifteen available models as sub-variants. Despite its added dimensions, it retained its air-transportable quality. Kuwait, Philippines and Panama became some of its limited user base.

An extension of the LAV-300 line was the LAV-600 which retained the 6x6 wheeled form. Heavier by design, the vehicle mounted a turreted 105mm main gun with 7.62mm coaxial machine gun and an additional 7.62mm machine gun for air defense. Though still light armored, the 105mm main gun gave the vehicle a useful tank-killing capability for this period of the Cold War. It was introduced in 1986 and eventually adopted by the United States, Philippines and Thailand.

One offshoot of the Vietnam War-era XM706 (V-100) was marketed with the General Electric 7.62mm XM134 minigun Gatling system in an enclosed turret over the hull roof. The turret allowed for an unobstructed field-of-fire from a protected position and 3,000 rounds could be carried in the Commando hull. The 130lb weapon was capable of 500 to 6,000 rounds per minute and powered by an accompanying electrical supply unit.

The popularity of the V-100 line grew to include operators in some 35 countries - from Bolivia and Botswana to Taiwan and Thailand. The line was eventually replaced in U.S. Army service by the M1117 Armored Security Vehicle (ASV) detailed elsewhere on this site.
Advertisements

(Not all weapon types may be represented in the showcase above)
Dependent on armament installed. 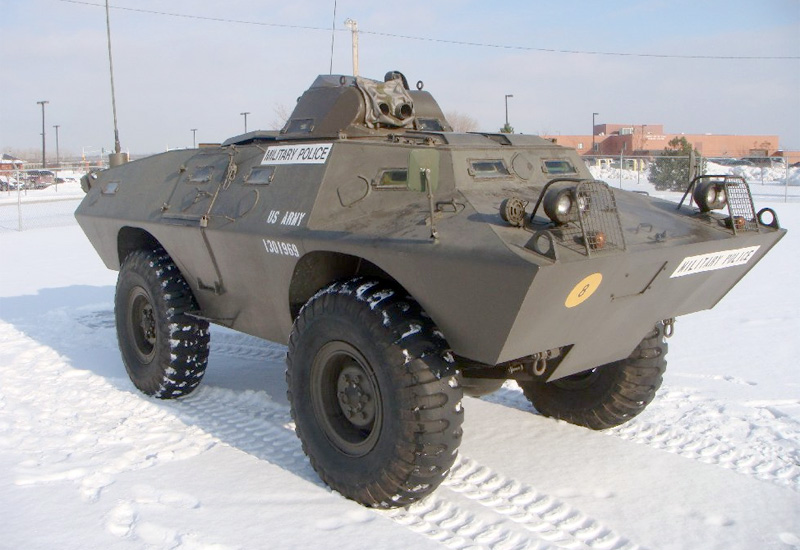