The HAL Dhruv is currently in service with Indian armed forces and has found customers in several countries around the world. 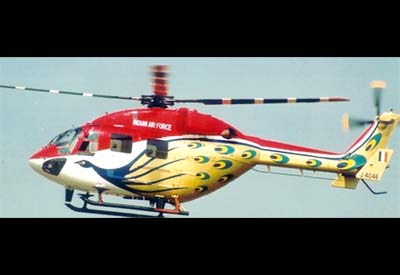 While still largely reliant on foreign suppliers, the Indian military industry has made strides in developing internal solutions to ongoing requirements. Hindustan Aeronautics Limited (HAL) has developed the "Dhruv" (meaning "Polaris") as a multirole, medium-lift helicopter to serve the Army, Air Force and Navy. Some 200 of the type have since been produced. Its armed combat version is the HAL "Rudra".

The Dhruv was unveiled in late 1984 and this stemmed from a 1979 requirement for a multirole military helicopter in the five-ton range. The process involved foreign assistance from the MBB concern of Germany - then West Germany. First flight was recorded on August 20th, 1992. However, the development phase was fraught with delays by way of technological challenges, sanctions, changing Army requirements (and its general commitment) and internal economic issues - its first flight was actually scheduled for 1989. This led to the platform finally attaining service introduction in March of 2002.

Another setback proved to be the engine of choice - the American LHTEC T800 turboshaft - which fell under embargo. This forced engineers to select a French-originated model in the Turbomeca TM333-2B2 turboshaft of 1,000 horsepower (India has held a close relationship with both France and Russia in recent decades). The selection of the French engine then involved assistance from French engineers which benefitted the program considerably.

At its core, the Dhruv is a largely conventional multirole platform. It sports a well-glazed cockpit seating two in a side-by-side arrangement. Aft of the cockpit is the passenger seating area straddled along either side by sliding access doors. The engines sit atop the cabin roof in the usual way and drive a four-bladed composite main rotor (low mounted) as well as a four-bladed tail rotor (by way of an extension shaft in the tail stem) fitted to the starboard side. The undercarriage is fixed as a twin skid assembly for simplicity in operation and repair though some versions have been seen with a retractable wheeled undercarriage as well. The raised tail stem allows a clamshell type access door to be fitted at the fuselage rear. The tail unit also contains a vertical fin (which mounts the drive gear for the tail rotor) and low-mounted horizontal planes (containing smaller vertical tail fins).

The Dhruv military form first appeared through the Mk.1 designation and this was a crude form of the intended design, featuring a mechanical-gauged cockpit. Production of these began in 2001 and some 56 were delivered. The Mk.2 introduced a locally-designed and developed (by HAL) all-glass cockpit for a more modern look. These were largely faithful to the Mk.1 version save for its advanced internals and production began in 2007. The Mk.3 was given uprated engines ("Shakti" engines of 1,200 horsepower), an improved countermeasures fit (chaff and flare dispensers), improved Electronic Warfare (EW) equipment, increased survivability and vibration control solutions. Introduction of this form came in 2012. The Mk.4 "Rudra" is the aforementioned armed combat model featuring an integrated weapons system.

The Dhruv also exists along civilian market lines in the C, CFW and CS models. These can seat as many as twelve passengers and have been in service since late 2003. The helicopter is in military service with (or scheduled to enter service with) the governments of Ecuador, India, Israel, Maldives, Mauritius, Nepal and Suriname. In civilian airspace, the Dhruv has been seen in (or ordered by) India, Turkey and Peru. First export customers were Nepal and Israel.©MilitaryFactory.com
Note: The above text is EXCLUSIVE to the site www.MilitaryFactory.com. It is the product of many hours of research and work made possible with the help of contributors, veterans, insiders, and topic specialists. If you happen upon this text anywhere else on the internet or in print, please let us know at MilitaryFactory AT gmail DOT com so that we may take appropriate action against the offender / offending site and continue to protect this original work.

December 2018 - The homegrown Dhruv is a contender to fulfill a requirement for fourteen Indian Coast Guard helicopters. It is being challenged by the French Airbus Helicopters H225M form.

February 2019 - HAL of India has unveiled a navalized mock-up of its Dhruv helicopter at Aero India 2019. This version of the helicopter will sport folding main rotor blades and a completely folding tail unit for storage aboard space-strapped warships. Power to the vehicle will be through 2 x Shakti 1H1 turboshaft engines of 1,032 horsepower each. The primary target of this venture is the Indian Navy which seeks to fill a standing requirement for 111 utility-minded helicopters. The entry faces stiff competition from established products originating from Bell and Lockheed Martin of the United States, Airbus Helicopters of France, and Kamov of Russia.

(Showcased performance specifications pertain to the HAL Dhruv production variant. Performance specifications showcased above are subject to environmental factors as well as aircraft configuration. Estimates are made when Real Data not available. Compare this aircraft entry against any other in our database or View aircraft by powerplant type)
OPTIONAL (Armed Variant):
8 x Anti-tank missiles for ranged tank-killing.
4 x 68mm rocket pods for basic ground attack.
2 x Torpedoes for submarine-/ship-hunting.
2 x Depth charges for submarine-hunting.
4 x Anti-ship missiles for ship-hunting. 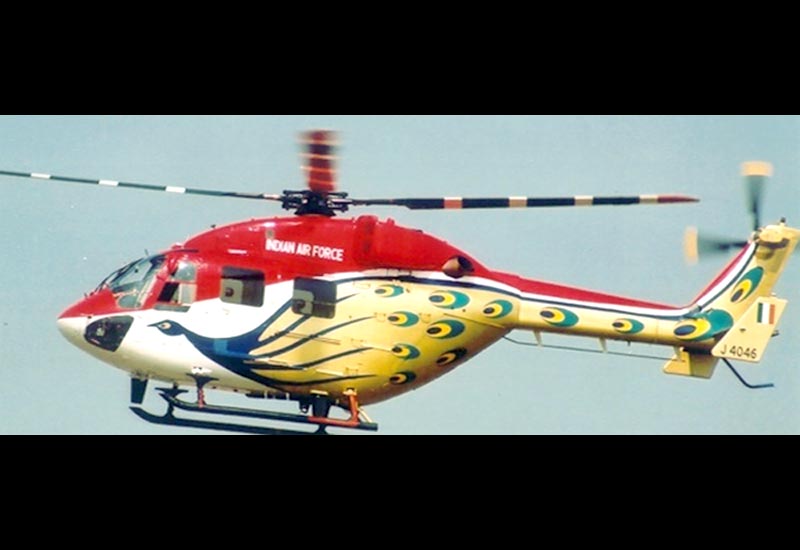