The Airbus A380 is the largest passenger airliner currently in service anywhere in the world. 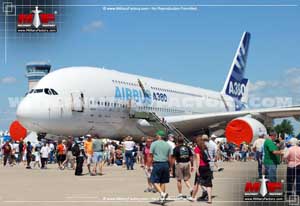 Developed as a direct competitor to the hugely successful Boeing 747 line, Airbus introduced their wide-body, long-range jet airline A380 series on October 25th, 2007. Origins of the aircraft lay in the early 1990s and came to fruition in June of 1994 under the project "A3XX" designation. The program then underwent various design studies before receiving the official company go-ahead in December of 2000 with the aircraft now carrying the official "A380" designation. The design was refined by 2001 with components already being worked on in early 2002. At its core, the aircraft is an international passenger/freight hauler marketed for long distance routes and under a technology-laden, fuel efficient approach when compared to the massive, 1960s-era Boeing 747 series.

The A380 netted several launch customers before the first aircraft had even flown. Production began in 2004 to which a prototype was first unveiled at Toulouse, France on January 18th, 2005. It received its first flight some months later on April 27th, 2005. The manufacturing of the aircraft consisted of a multinational logistics path that included the nations of Germany, the United Kingdom, Spain and, of course, the home country of France. A total of five airframes were reserved for evaluation service and certification for the product was then achieved in December of 2006.

By this point, development costs had appropriately ballooned and production faced delays of several months which then evolved into years. The line was formally introduced with launch customer Singapore Airlines on October 25th, 2007 (as "AQ380") though delays continued into 2008. Emirates then followed as a customer in August of 2008. The 100th aircraft of the family was delivered to Malaysia Airlines on March 14th, 2013 and, to date (January 2014), some 119 A380s have been completed with production ongoing as of this writing. The complete list of operators to date includes Singapore Airlines, Emirates, Qantas, Air France, Lufthansa, Korean Air, China Southern Airlines, Malaysia Airlines, Thai Airways International and British Airways.

The cockpit of the A380 utilizes dual controls for both pilots and an all-glass approach with five large, full-color multi-function displays (MFDs). Throttle controls are managed at the center console and each pilot is given side-stick controller input mimicking the configuration of a modern military fighter aircraft. The passenger section includes a two-story approach (with belly cargo level) which promotes a very deep fuselage for the aircraft when viewed externally in profile. In a three-class configuration, the A380 can haul some 555 passengers and as many as 850 in a single-class configuration.

To date (January 2014), the A380 series has not been involved in any fatal crashes. A November 2010 flight from Singapore to Sidney was forced to return following an engine failure though no casualties or injuries were reported in the incident. The Rolls-Royce engines in play were then reviewed and an oil leak was found which forced other Trent engines to be reviewed and repaired. Further review unveiled cracks in the wing which forced further assessment of all active A380s.

The A380-800 is expected to be revised through an improvement initiative announced in 2010. This will result in an increased maximum take-off weight and operational range. This should become the next standardized passenger model available. The A380-900 is an enlarged variant (though since officially delayed) with more passenger seating (up to 650 in a standard configuration). The A380F represents the freighter model variant though early orders were retracted by customers due to delays and Airbus has currently shelved the model for the near future.

June 2017 - Announced at the 2017 Paris Air Show was the A380plus, an upgraded A380 offering. This product features winglets and modified wings for a 4% reduction in fuel use. Additionally, the internals have been reworked to accommodate up to eighty more seats. While the MTOW of the aircraft has been increased to 1,274,000 tons, it retains its range capability. The A380plus is in response to the lowered demand in Jumbo Jet type aircraft, carriers moving towards more compact, nimble offerings in the current travel climate.

July 2017 - Falling market need and increased operating costs are putting the long-term future of the jumbo A380 in doubt.

September 2017 - An A380 modified with new drag-reducing, laminar-flow outer wing panels flew for the first time.

January 2018 - Airbus will continue production of A380 aircraft into the 2020s thanks to an order from Emirates Airline for 36 of the type (16 of these being option aircraft).

February 2019 - The A380 program now appears to be in jeopardy with Emirates looking to cancel some or all of its earlier A380 order now that the marketplace remains cold for oversized passenger haulers. The loss of the order could mean the A380 lines will be closed for good.

July 2019 - In response to cracking reported on outer rear spars of operational A380s, Airbus and EASA have been actively developing a new inspection program.

November 2020 - Hi-Fly of Portugal is ending its operations involving the A380, focusing its efforts on the A330 series instead.

(Showcased performance specifications pertain to the Airbus A380-800 production variant. Compare this aircraft entry against any other in our database or View aircraft by powerplant type)
None. 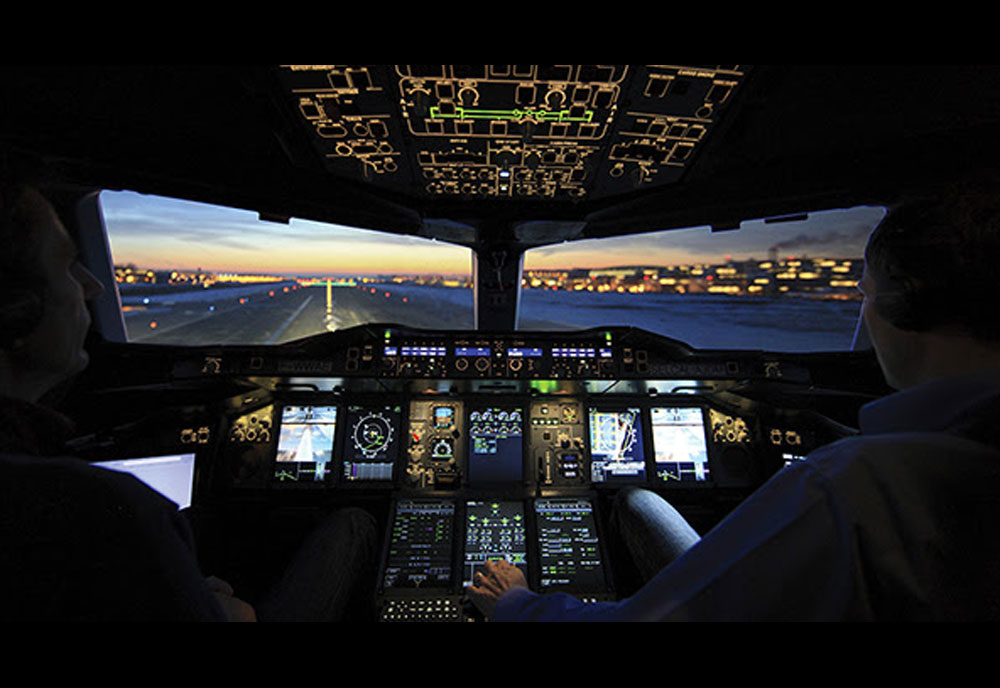 General Assessment
Firepower
Performance
Survivability
Versatility
Impact
Values are derrived from a variety of categories related to the design, overall function, and historical influence of this aircraft in aviation history.
Overall Rating
The overall rating takes into account over 60 individual factors related to this aircraft entry.
50
Rating is out of a possible 100 points.
Relative Maximum Speed
Hi: 750mph
Lo: 375mph
This entry's maximum listed speed (634mph). 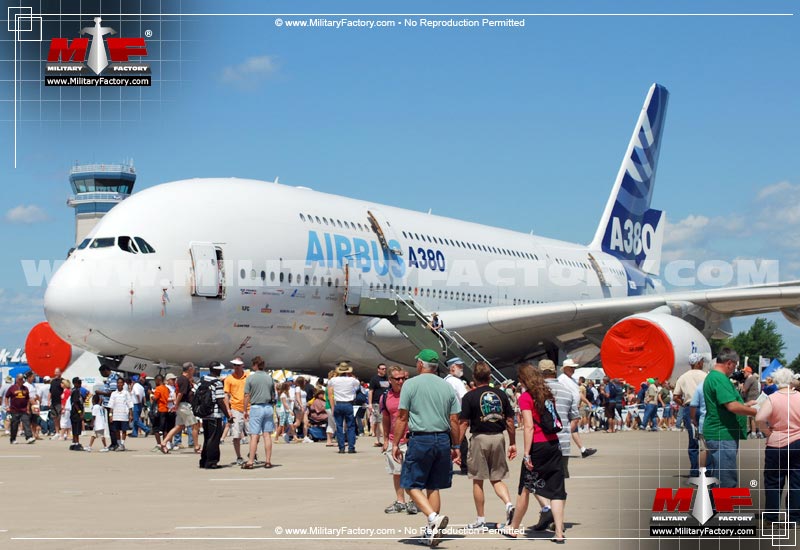 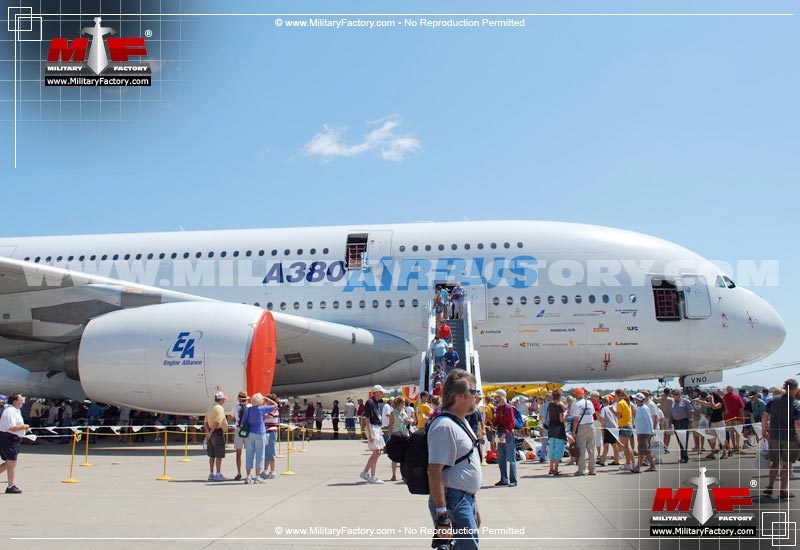 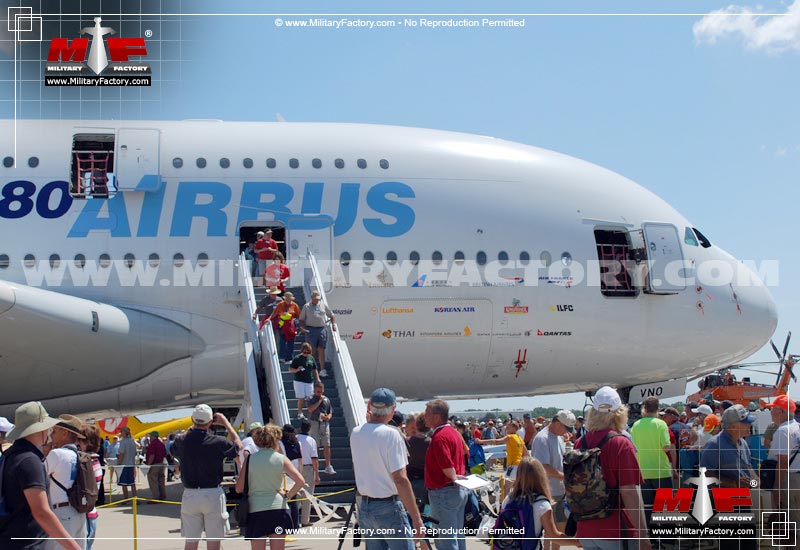 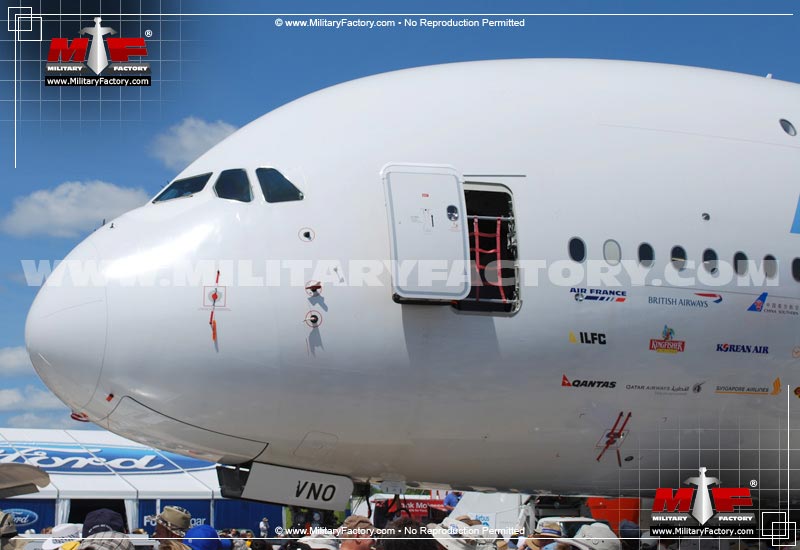 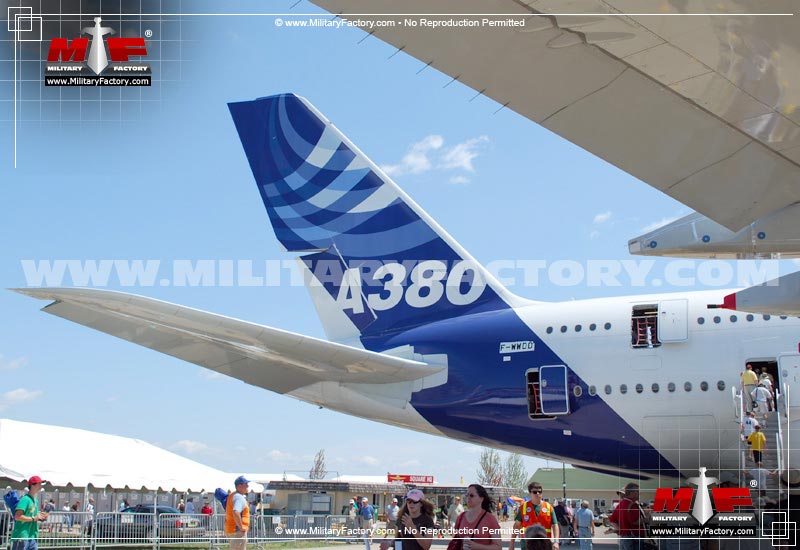 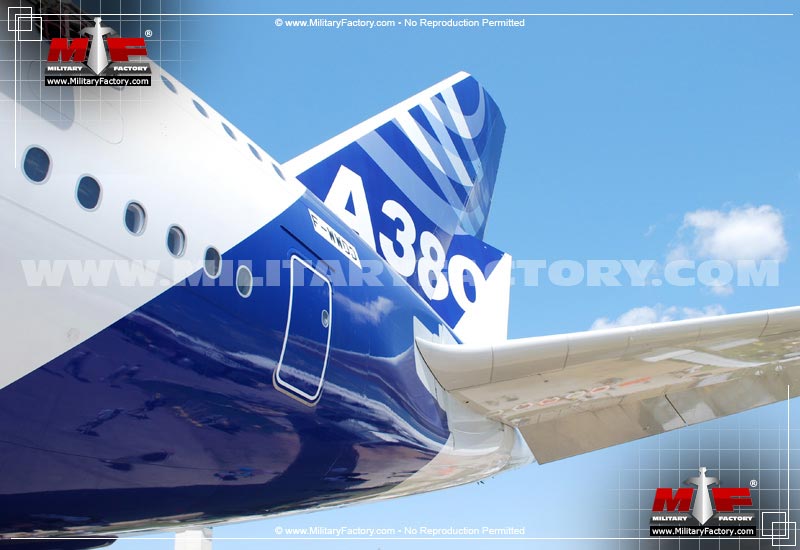 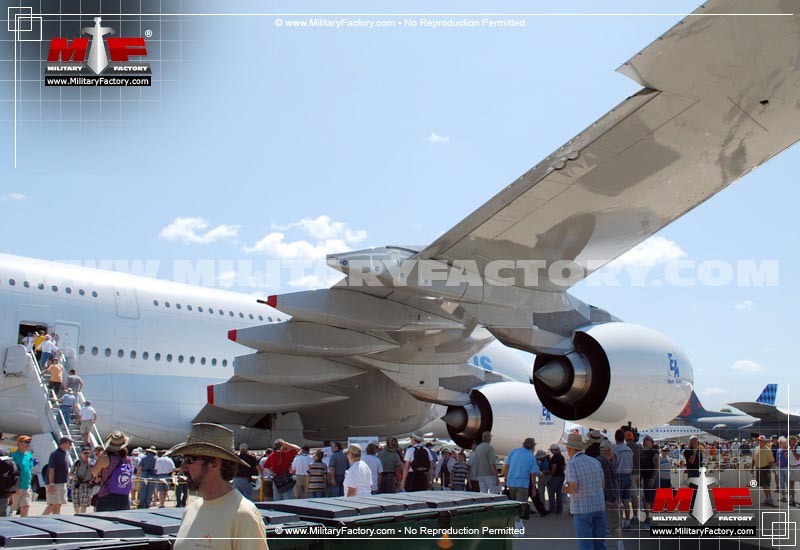 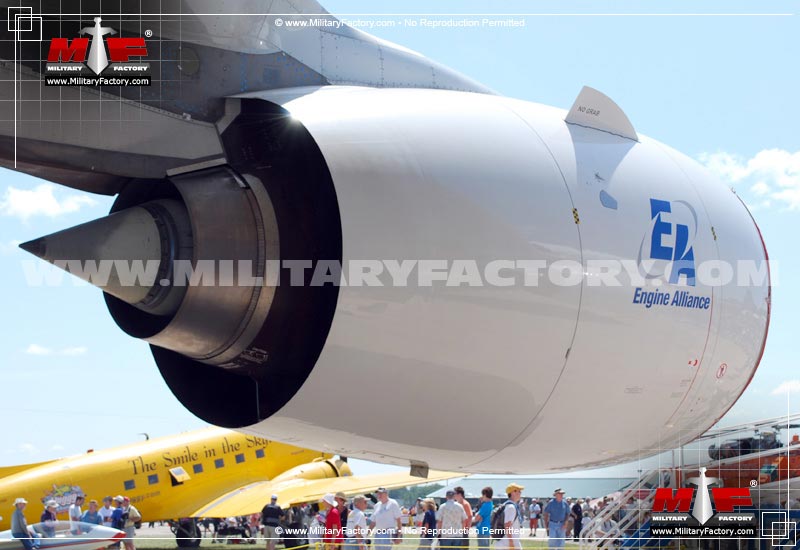 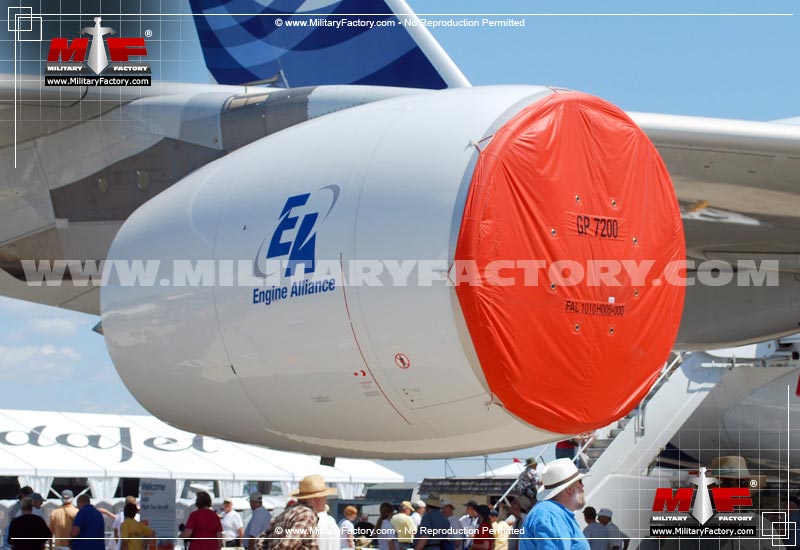 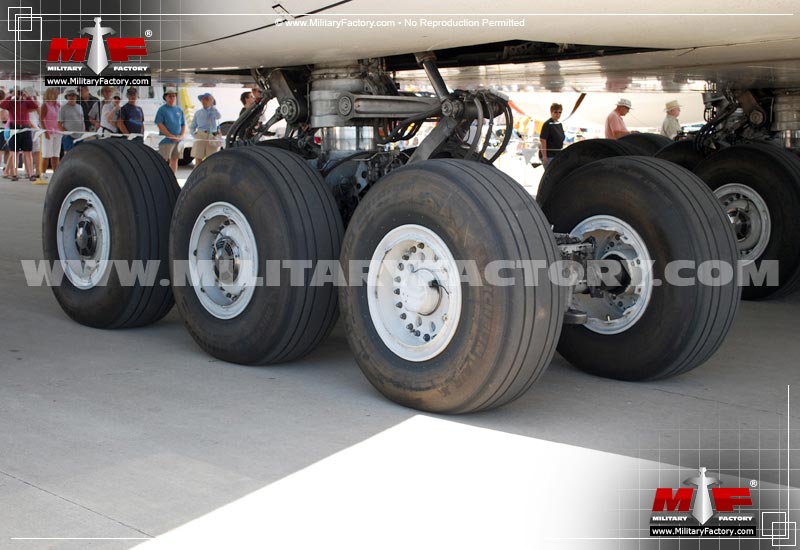 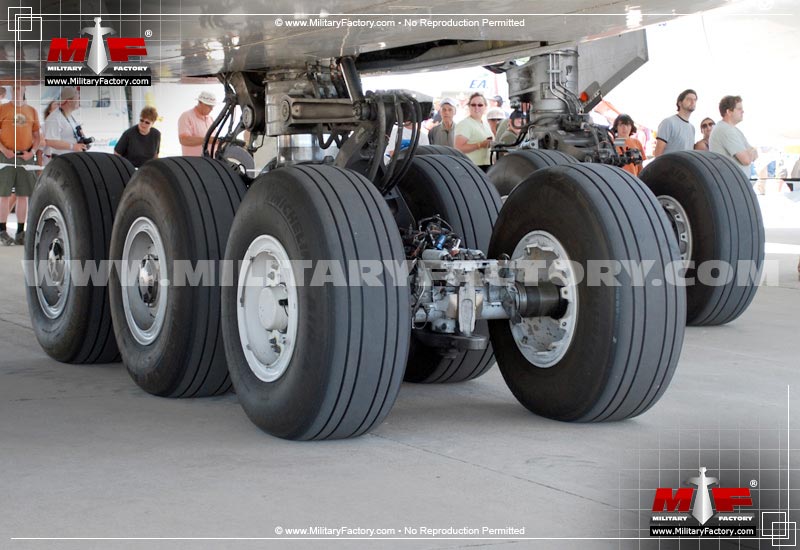