The fast Martinsyde Buzzard biplane fighter arrived to late to see operational action in World War 1 but managed an existence in the period following.

Authored By: Staff Writer | Last Edited: 06/10/2016 | Content ©www.MilitaryFactory.com | The following text is exclusive to this site. 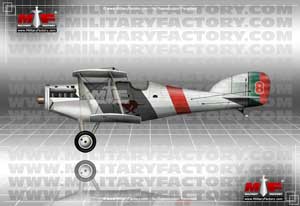 The Martinsyde F.4 "Buzzard" was a British-designed, single-seat fighting biplane appearing in the latter months of World War 1. While not seeing direct combat service in the war, the type went on to stock the Royal Air Force and several other national air services in the years following. The Buzzard was one of the fastest biplanes to appear during the war and, while some 1,500 were on order, the end of the war saw limited production of just 57 examples at the time of the Armistice in November of 1918 and a grand total of approximately 370 aircraft were ultimately completed.

The Martinsyde concern was established in 1908 through a joint venture between H.P. Martin and George Handasyde to create "Martin and Handasyde". During these early years, the firm developed several aircraft types (primarily monoplanes) before World War 1 arrived in the summer of 1914. From then on, the company went on to form one of the largest British aircraft manufacturers of the war. In 1915, Martin and Handasyde's last names were combined to form "Martinsyde". As a private venture initiative, George Handasyde designed a new biplane aircraft in 1917 which came to be known as the "Martinsyde F.3". This aircraft was powered by the Rolls-Royce Falcon V12 engine which gave it strong performance figures that outclassed many fighter types of the time.

The F.3 achieved first flight in November of 1917 and formal evaluation piqued the interest of the Royal Air Force resulting in an order for six trial mounts and a further 150 production quality forms. The prototype was extremely fast by 1917 standards at 140 miles per hour and intended to make all previous fighter forms essentially obsolete. Adoption of the F.3 by the RAF presented its own problem, however, for the Rolls-Royce Falcon engines were committed elsewhere in the war effort. As such, the Hispano-Suiza 8Fb engine of 300 horsepower was substituted and this created the "F.4" designation to signify the change. The aircraft was bestowed the nickname of "Buzzard" to form the "Martinsyde F.4 Buzzard" full designation.

The Buzzard's appearance was very traditional for the time and featured a biplane layout with wing assemblies over and under the single-seat fuselage. Wing design included single bays and staggered parallel struts. The fuselage itself was made up of angled surfaces that promoted a pleasing aerodynamic shape. The forward end housed the Hispano-Suiza V-type engine spinning a two-blade propeller from an aerodynamic spinner assembly. The pilot sat immediately below and aft of the upper wing section in an open-air cockpit behind a small windscreen. The undercarriage was of the static variety and sported two wheels with a tail skid at rear. Armament was a pairing of 7.7mm Vickers-type machine guns synchronized to fire through the spinning propeller blades. Complete performance specifications included a top speed of 146 miles per hour, a service ceiling of 24,000 feet and an endurance of 2.5 hours.

The end of the war curtailed the possible wartime reach of the Buzzard though it did go on to appear in other modified forms and in the inventories of many foreign operators. Variants included a more pedestrian twin-seat touring aircraft, a four-seat passenger aircraft, a floatplane and long-range two-seaters. Operators of note would include Finland, Latvia, Lithuania, Portugal, Spain and the Soviet Union. Interestingly, the Royal Air Force lost much interest in the Buzzard after the Armistice and all outstanding contracted airframes were cancelled - only those remaining on the assembly lines were completed as planned.

Had the war gone beyond 1918, the Martinsyde Buzzard would surely have played a major role in the campaigns planned for 1919. Amazingly, a few Buzzards were still in operation in the years leading up to World War 2 (these with the Latvian Air Force). In the post-WW1 years, the Martinsyde concern focused on production of civilian motorcycles. However, a factory fire ultimately lead to its liquidation and the company was no more in 1922.
Advertisements

(Showcased performance specifications pertain to the base Martinsyde F.4 Buzzard production variant. Compare this aircraft entry against any other in our database or View aircraft by powerplant type)
2 x 7.7mm Vickers synchronized machine guns in fixed, forward-firing upper fuselage mounting. 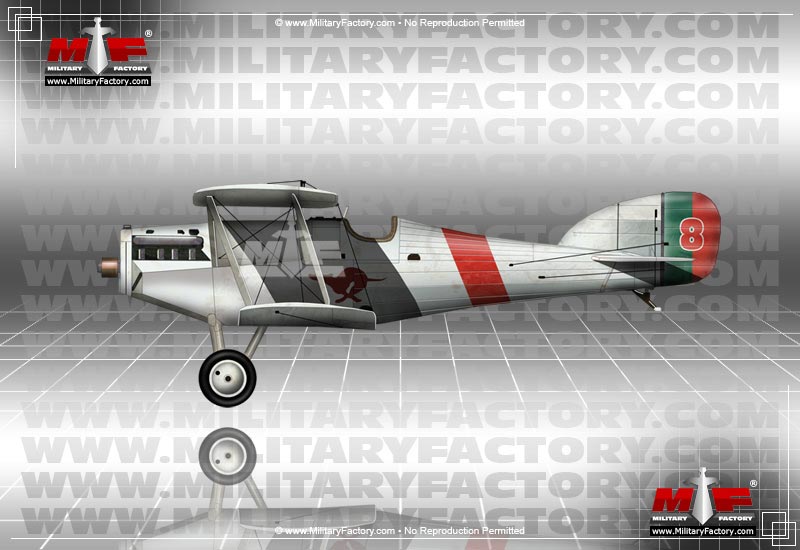