While a serviceable and very capable aircraft in its own right, the Martin Mariner flying boat would never reach the popularity of the older Consolidated PBY Catalina. 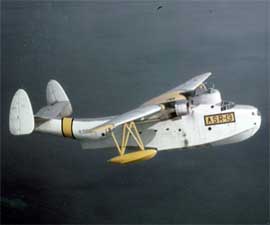 The PBM held origins in private venture work undertaken by Glenn L. Martin Company. Prior to World War 2 in 1937, engineers designed what became the Model 162 as a successor to the aging line of Martin P3M flying boats in service since 1929 (78 were built). The Model 162 carrier a high-wing (gull wing, cantilevered) monoplane design with elevated twin-rudder tail unit. The nose section was stepped to accommodate the flight deck overlooking the nose and the nose proper contained a crewman's station. The fuselage utilized a boat-like hull for water-based landings and take-offs. Outboard pontoon floats (retractable) were set under each wing to stabilize the aircraft in rough waters. The crew numbered seven and included pilots, mission specialists and machine gunners.

On June 30th of that year, the company was granted a prototype contract to cover a sole XPBM-1 aircraft. To prove the design sound, company engineers fabricated a scale flyable model of their aircraft in the single-seat Model 162A "Tadpole Clipper". This offering carried just one engine, a Chevrolet type of 120 horsepower output. The full-sized prototype then followed to the air on February 18th, 1939.

Despite the United States Navy (USN) already having committed to the excellent Consolidated PBY Catalina (detailed elsewhere on this site), the XPBM was adopted as the PBM "Mariner" to work alongside it. In December, USN then contracted for twenty-one aircraft to the XPBM-1 standard.

Production-quality (PBM-1) versions of the aircraft were powered by 2 x Wright R2600-6 14-cylinder air-cooled radial piston engines of 1,600 horsepower each. These drove three-bladed propeller units. Their position on the high-mounted wings allowed for the necessary clearance of the water, particularly any salty spray that might occur during running actions. Performance included a maximum speed of 205 miles per hour, a range out to 3,000 miles and a service ceiling of 19,800 feet. Rate-of-climb was 800 feet-per-minute.

As a military-sponsored design, the PBM was outfitted with a defensive network of machine gun armament. This was made up of no fewer than 8 x 0.50 caliber Browning M2 heavy machine guns, two positioned at the nose, two in a dorsal position and two in a tail turret. Single machine guns were mounted to beam blisters to provide all-round coverage against incoming aerial threats. Internally, the aircraft was cleared to carry an munitions load of up to 4,000lb. This could include 2 x Mark 13 series torpedoes or conventional drop bombs or depth charges.

The Mariner entered service on September 1st, 1940 with the United States Navy. Patrols were had over Atlantic waters while the country remained a neutral player in World War 2. After the Pearl Harbor attack, which brought the United States into the war, the aircraft played an active role in both the European and Pacific theaters - particularly in the latter where their excellent patrol ranges were much needed. The British and Australians both operated the flying boat during the conflict as well.
Advertisements

In the post-war period, Mariners continued to operate with Coast Guard units until replaced by more modern types. The USN continued to field the type into the Korean War (1950-1953) but the fleet was eventually superseded by the Martin P5M Marlin. The last Mariner flew in 1964 (Uruguay) before the line was retired from service for good.

With production spanning 1937 to 1949, a total of 1,366 Mariners were produced for the United States and its Allies - a modest sum in the scope of World War 2 but excellent nonetheless.

Martin developed or produced a slew of PBM-related aircraft following the initial PBM-1. The XPBM-2 was a conversion of a PBM-1 to be used in catapulting experiments. The PBM-3 brought about fixed pontoon floats and was powered by R2600-12 series engines of 1,700 horsepower output - 32 aircraft were built to this standard. The PBM-3R was an unarmed transport of which 31 were converted from the PBM-3 stock and a further 18 built to order. The PBM-3C was an improved maritime patroller and carried the AN/APS-5 radar fit in a radome aft of the flight deck. Some 274 of this standard were completed. The PBM-3B were ex-Royal Air Force Mariner GR.1A ("Mariner I") aircraft returned from Britain and placed back into USN service.

The PBM-3S became a dedicated submarine hunter sporting increased operational ranges at the expense of a reduced machine gun load. Ninety-four of this type were produced and 62 more were added through converted previous marks.

The PBM-3D was another patroller but outfitted with R2600-22 engines of 1,900 horsepower. Beam gun positions now featured twin-gun armament. Two-hundred fifty-nine of this mark were delivered.

The PBM-4 was a proposed variant to carry 2 x Wright R3350 series engines of 2,700 horsepower for improved performance but this mark was never furthered.

The PBM-5 saw production reach 628 units and carried 2 x Pratt & Whitney R3350 series engines of 2,100 horsepower each. This model had several subvariants in the improved PBM-5E (with better radar), the PBM-5S (an improved submarine hunter) and the PBM-5S2 (another improved submarine hunter, also with better radar). The PBM-5A was an amphibious version of the Mariner with retractable wheeled undercarriage. This saw production total 36 aircraft and a further four converted from other marks.

While the United States was the clear operator of the Mariner line by pure numbers, the aircraft also operated with the nations of Argentina (9 units, Navy), Australia (Nos.40, 41, RAAF), the Netherlands (15 units, NAS), the United Kingdom (28 delivered out of 33 ordered, used by Squadron 524) and Uruguay (3 units, Navy).
Advertisements

Status
RETIRED
Not in Service.
Crew
7 to 9 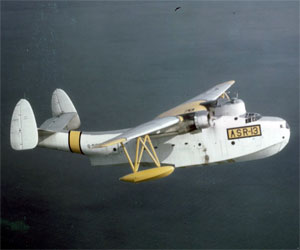 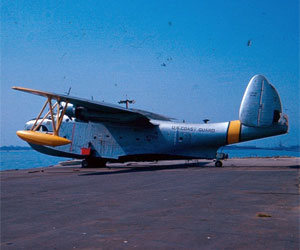 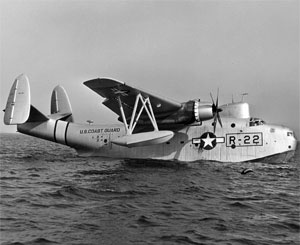 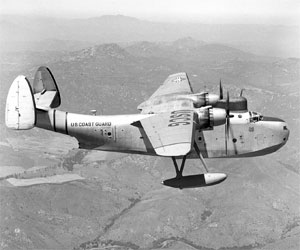 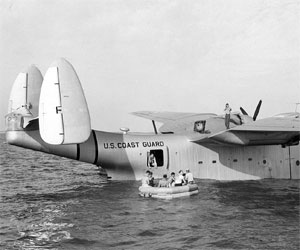