The advanced Heinkel He 177 Greif as a heavy bomber for the Luftwaffe of World War 2 was limited in production due to ongoing engine reliability and structural issues.

Authored By: Staff Writer | Last Edited: 03/21/2018 | Content ©www.MilitaryFactory.com | The following text is exclusive to this site. 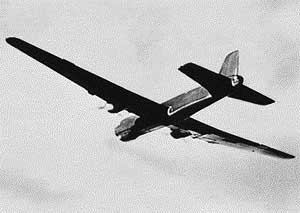 The Heinkel concern of World War 2 Germany became one of the largest and most prolific aircraft makers of the period. Its primary claim was its medium bomber, the He 111, which was used throughout the grand war over every front that the German military operated in. Along the way there were many other designs put forth by the company which proved serviceable - others groundbreaking- and still others forgettable. The He 177 "Greif" (or "Griffin") became one of the company's failed offerings that was doomed through a variety of issues - a complex engine arrangement led to many-a-technical problem and structural deficiencies plagued the line for the duration of its short-lived career. Had its list of problems been remedied at some point, the He 177 may have very well become an excellent heavy bomber for the German Luftwaffe in search of such a type - the service was forced to continue use of its medium bomber types for the duration of the war.

Origins of the He 177 lay in a 1936 RLM requirement calling for a new, all-modern bomber with a minimum maximum speed of 310 miles per hour and able to travel out to ranges of 3,100 miles with a 2,200 pound bomb load which resulted in the "Bomber A". Its primary defense was initially thought to be sheer speed as it would be able to simply outrun any trailing interceptor. The Heinkel concern received the go-ahead to build its "Projekt 1041 Bomber A" submission and a full-scale mockup appeared in 1937 (receiving the RLM designator of "8-177"). Because dive-bombing offered better accuracy during this period of military aviation (and German bombsight technology was limited heading into the war), it was written into the new bomber requirement that the type should possess an inherent dive-bombing capability - meaning that its structure would have to be constructed and arranged for the appropriate tolerances due to the forces at work in a diving action.

While appearing very conventional with what looked like a twin-engined configuration, the 8-177 utilized a unique "quad-engine" arrangement in which the wing-mounted nacelles paired engines to combine the power of two within a more streamlined shape. This was required to maintain the aerodynamics of the aircraft during its proposed diving attacks but, realistically, served only to complicate the design during its protracted development phase. No one engine then in existence could provide the needed power in a two-engine arrangement and thus this unique four-engine setup was used.

Heinkel engineers elected for the Diamler-Benz DB606 engine which coupled two DB601 12-cylinder inlines in a side-by-side format to drive a single propeller unit by way of a shared gearbox. Each engine developed 2,600 horsepower and drove a large-diameter propeller blade unit. To gain speed in other areas, Heinkel employed various technologies into the airframe learned from prewar high-speed racers.

A mid-wing monoplane form was used which held the complex engine arrangement. The mainplanes were seated just ahead of midships along the fuselage which was of a rounded-rectangle shape. The nose was well-contoured and heavily-glazed, containing the key crew positions such as pilot and bombardier. The fuselage then tapered at the rear to produce a tunnel to reach the extreme tail end. The empennage employed a single, cut-off vertical tailfin and low-set horizontal planes. A "tail-dragger" undercarriage was used though reinforced for the weight of the aircraft, each main leg carrying a twin wheel arrangement. An internal bomb bay would carry largely conventional drop stores into combat.

When it became clear that the latest fighters would be able to catch modern prop-driven bombers, the bomber was given an appropriate defensive gun network. At least one position would be remote-controlled to save on weight and keep the design streamlined (it was initially envisioned that the aircraft would carry three RC turrets). The tail gun position at the extreme rear of the fuselage would be manned. There were eventually guns featured at dorsal positions, the nose proper, a "chin" mounting and a ventral, aft-facing position held in a gondola type fairing. No "beam", or waist, positions were used.©MilitaryFactory.com
Advertisements

The finalized prototype - He 177 V1 - first took to the air on November 9th, 1939 (World War 2 officially began September 1st of that year). This trial quickly showcased engine issues as the powerplants began overheating within minutes and some control issues also revealed themselves. Indeed He 177 V2 was lost mid-air when she broke up on her test flight. Engineers reworked the tail with an increase to its surface area. He 177 V3 was used solely for engine trials (to focus on Junkers Jumo 211s) but He 177 V4 instituted the new tail and other works while He 177 V5 followed suit. V4 was lost when attempting to recover from a dive and V5 saw its engines catch fire, the aircraft crashing. He 177 V6 appeared with production-minded DB606 powerplants (2,663 horsepower) and V7 followed with a slightly revised/cleaned up nose-window scheme. During September of 1941, He 177 V8 was unveiled with an even more refined nose section.

During September of 1942, the dive bombing attack quality of the design was lifted by German authorities (Hermann Goering himself ordered cleared from the requirement) and this led to the evolution of the He 177A compound-engined models to become the "He 177B". This design form would finally carry four individually-nacelled engines for a more conventional look - the engines becoming Daimler-Benz DB603 inlines. The design was finalized for August 1943 and an He 177 A-3 was used as a modified prototype - three were ordered as V101, V102 and V103. First flight was had on December 20th, 1943 by V102 and this aircraft also featured a twin-finned tail unit (unlike the single-finned models before it). Testing continued into early 1944. Allied air raids managed to end work on the type when prototypes V103 and V104 (added later) were destroyed. Focus eventually shifted away from the He 177B product and more towards jet-powered fighter-bomber aircraft like the Arado Ar 234 "Blitz".

The eight prototypes completed the initial phase of the He 177 program. Pre-production was ordered despite the design's known failings and this amounted to 35 units based on the He 177 A-0 standard. Competitor Arado contributed some 130 additional A-0 aircraft to which A-0 production totaled 70 units before attention switched to the improved He 177 A-1 form, 260 of these being produced from January 1942 until January 1943. Then came the He 177 A-3 (the first to officially carry the "Greif" - or "Griffin" - name) with longer rear fuselage sections and lengthened engine nacelles housing Daimler-Benz DB610 engines (paired DB605 inlines). Total production yielded 1,230 aircraft from November 1942 until June 1944. The He 177 A-5, similar in most respected to the A-3 model, appeared in 698 examples from December 1943 to August 1944 and featured a heavier structure with increased bomb load. The He 177 V7 brought along a wider wingspan for higher-altitude work. Total He 177 production then peaked with 1,169 units before the end.

Despite its seemingly impressive manufacture total (though not by wartime standards), the He 177 was nothing close to a success for the Luftwaffe during World War 2. Its engine issues (blamed largely on insufficient cooling) plagued it for its entire career to the point that crews nicknamed the aircraft such titles as "Luftwaffe Lighter" ("Reichsfeuerzeug") and "Flaming Coffin" ("Riechsfackel"). While limited, the large bomber held some usefulness for a service arm lacking in heavy bombers when compared to the Allies (the four-engined Focke-Wulf Fw 200 "Condor" was the only real alternative at this point). The He 177 primarily served over the East Front against the Soviets but some were featured in strikes against England. The aircraft was also an operator of the Hs 293 anti-ship and "Fritz X" weapons - early-form guided missiles used by the Germans before war's end.

The He 177 managed an operational existence until the end of the war in Europe during May of 1945 though its serial production was given up as early as the fall of 1944. The design was furthered some to become the He 277 (detailed elsewhere on this site) for the proposed "Amerika Bomber" program though this aircraft only saw some individual components completed before the German surrender.

The French Air Force was able to recover a pair of He 177 A-3 models abandoned by the Germans in their retreat. These were refurbished by SNCASE. The British took over an He 177 A-5 model in the post-war years and rebranded it with local national markings to serve as a technology demonstrator / evaluator. Beyond this, no He 177s were officially exported beyond German borders.

Performance from the design managed a maximum speed of 350 miles per hour, a ferry range of 3,480 miles, a service ceiling of 26,250 feet and a rate-of-climb of 625 feet per minute.©MilitaryFactory.com
Note: The above text is EXCLUSIVE to the site www.MilitaryFactory.com. It is the product of many hours of research and work made possible with the help of contributors, veterans, insiders, and topic specialists. If you happen upon this text anywhere else on the internet or in print, please let us know at MilitaryFactory AT gmail DOT com so that we may take appropriate action against the offender / offending site and continue to protect this original work.
Advertisements

Status
RETIRED
Not in Service.
Crew
6

OPTIONAL:
Up to 13,30 pounds of internally-held stores with up to 15,875 pounds of externally held stores. Also cleared for Hs 239 and Fritz X guided missiles.

He 177 "Greif" - Base Series Designation
He 177V-1 - Initial Prototype Model Designation appearing in 1939.
He 177A-1 - Operational Trial Model delivered to I/KG 40 group; 130 examples produced.
He 177A-3 - 170 examples produced; some modified to carry Henschel Hs 293 anti-ship missiles; first production model to be designated as the "Griffin".
He 177A-5 - Reinforced structure; increased payload; improved Daimler-Benz DB 610 engines.
He 177A-7 - Improved He 177; limited production quantity; increased wingspan to 36.6 meters; increased altitude capability. 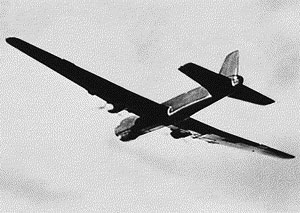 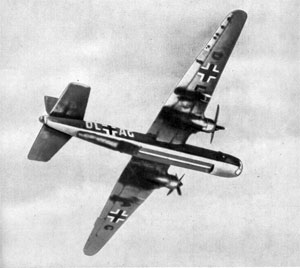 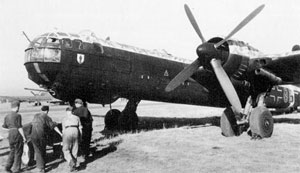