The German World War 2-era Dornier Do 217 Medium Bomber proved itself a sound multi-role platform - though not excelling in any one role.

Authored By: Staff Writer | Last Edited: 03/14/2020 | Content ©www.MilitaryFactory.com | The following text is exclusive to this site. 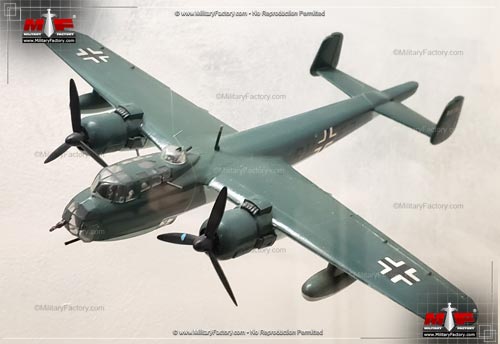 The Dornier Do 217 was a multi-role aircraft design for the German Luftwaffe during World War 2 (1939-1945). The type fulfilled various roles in the air service including conventional bomber, dive bomber, fast reconnaissance platform, and night fighter. The twin-engine system with its four-person crew appeared in prototype form during 1938 and would see several notable production variants exist before the end of the war in 1945. The Do 217 proved more suited to bomber and reconnaissance duties than heavy fighter as it did not match well against Allied fighters of the period. It succeeded Do 215 light bomber / reconnaissance aircraft in the company's production schedule.

Design of the Do 217 largely followed earlier Dornier medium bomber designs. The cockpit and crew areas were situated well forward in the fuselage and under heavy glazing with noticeable tapering of the aft fuselage resulting in a "pencil-like" shape. Engines were mounted on a high-wing monoplane arrangement while the tail unit incorporated a split-T design. While armament could be fitted to suit the particular mission role, typical loadouts involving 7.92mm machine guns, 13mm MG 131 heavy machine guns, and 20mm cannons. For instance the Do 217 J-2 model carried 4 x 7.92mm MG 17 machine guns with 4 x 20mm MG FF cannons in the nose and 2 x 13mm MG 131 machine guns in both dorsal and ventral gun positions. A standard internal-external bomb load could reach up to 8,810 pounds.

The Do 217 was initially conceived of as a fast reconnaissance platform. The preproduction series appeared as Do 217 A-0. A medium bomber form became the C-0 and E-0 in preproduction guise. Production bombers began with the E-1 and E-2 was a dive bombing form. Certain changes begat other variants such as the E-5 with a lengthened wingspan. Turbosuperchargers greeted the Do 217H and Do 217K incorporated a more streamlined cockpit housing. The Do 217K became the base bomber model in production and a lengthened wingspan produced the K-2. The K-3 was outfitted for the carrying and launching of the Fritz X radio-controlled bomb. The Do 217M incorporated DB 603A series inline engines. Do 217 M-5 was used as a carrier for the Henschel Hs 293 anti-ship guided missile and accordingly outfitted with applicable direction equipment. The Do 217J was a dedicated night fighter and included a J-1 and J-2 form. The Do 217N was another night time performer and based on the Do 217M bomber. This model included upgraded 20mm cannon as well as an additional 4 x 20mm MG 151/20 cannons arranged to fire obliquely (upwards, at an angle). The N-2 model of this variant lost its defensive turret and bomb bay equipment to save on weight and improve performance. The Do 217P became a high-altitude design featuring DB603B supercharged engines as well as a DB605T engine though only three-preproduction examples existed before the war's end. The Do 217Rwas another Hs 293 carrier platform.

The production life of the Do 217 yielded 1,925 total aircraft with introduction being in 1941. Production would peak in 1943 when over 500 alone were built. Night fighter forms began arriving in usable numbers in the middle of 1942 and continued into 1943. Complete Do 217 service ended with the end of the war in 1945.

The Germans fielded the Do 217 across some eleven squadrons during the conflict. The Italian Air Force was another wartime operator of the line and Switzerland managed one operational example that was interned after the crew was forced to land at Basel in the latter war years. This model served into 1946.©MilitaryFactory.com
Note: The above text is EXCLUSIVE to the site www.MilitaryFactory.com. It is the product of many hours of research and work made possible with the help of contributors, veterans, insiders, and topic specialists. If you happen upon this text anywhere else on the internet or in print, please let us know at MilitaryFactory AT gmail DOT com so that we may take appropriate action against the offender / offending site and continue to protect this original work.
Advertisements

(Showcased performance specifications pertain to the Dornier Do 217 M-1 production variant. Performance specifications showcased above are subject to environmental factors as well as aircraft configuration. Estimates are made when Real Data not available. Compare this aircraft entry against any other in our database or View aircraft by powerplant type)
STANDARD:
4 x 7.92mm MG 81 machine guns in nose section.
2 x 13mm MG 141 machine guns in dorsal and central gun positions.

OPTIONAL:
Internal and external ordnance load of up to 8,800 lb to include conventional drop bombs and radio-guided missiles / bombs (when equipped as such). 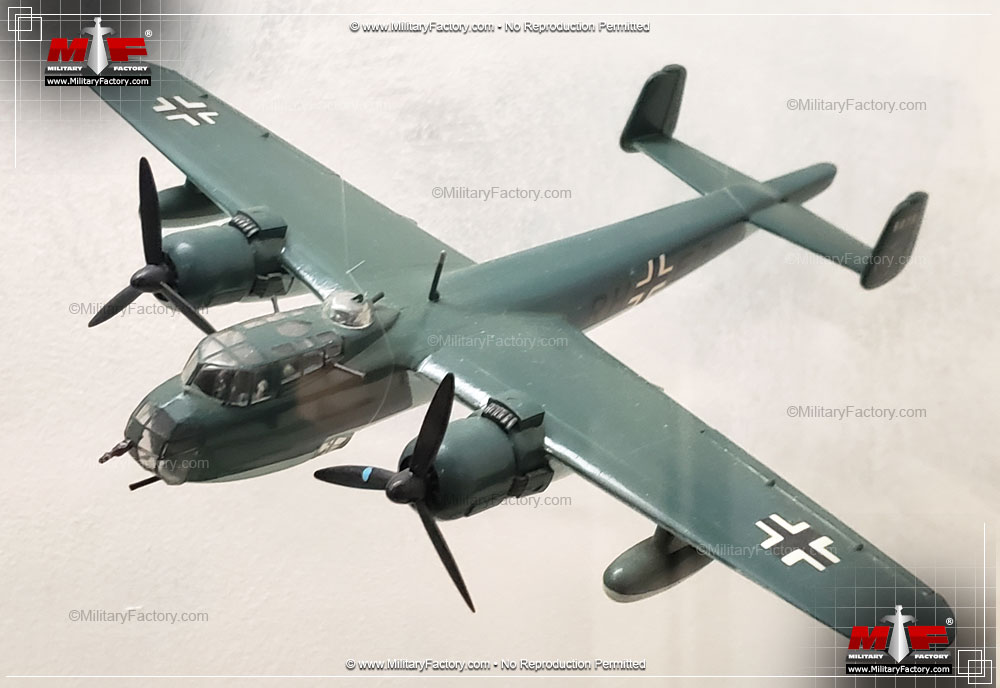 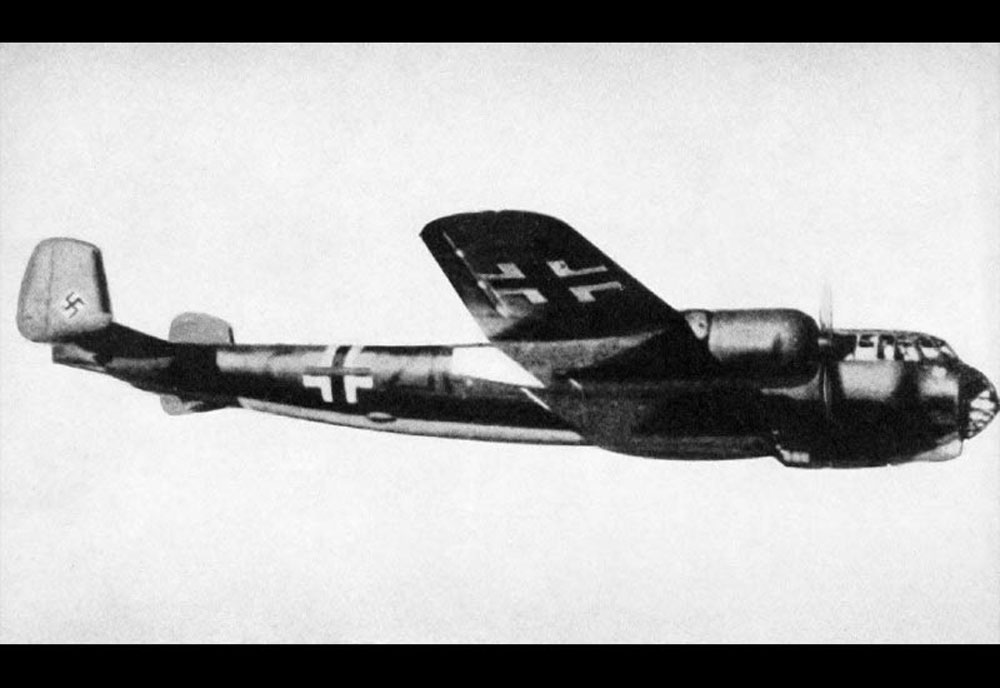