The Sopwith Pup design was an immediate contributor and partly responsible for turning the tide of the air war in 1916.

Authored By: Staff Writer | Last Edited: 04/19/2017 | Content ©www.MilitaryFactory.com | The following text is exclusive to this site. 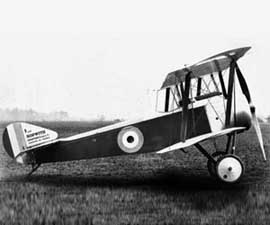 The Sopwith Pup was a World War 1-era biplane fighter design appearing in 1916 during a time when German air superiority created the name "Fokker Scourge". The Allied response was graduated as technology and experienced airmen began to turn the tide. The "Pup" was based on the Sopwith "Strutter" though with its wings designed to a smaller specification - hence the designation of "Pup" being used. The aircraft played a major role in regaining control of the skies over Western Europe for the Allies and made a name for itself along the way as an adversary worthy of the enemy's respect.

The Pup originally appeared with the designation of Admiralty "Type 9901" and only later acquired the "Pup" name. Even before that, it was known as the Sopwith "Scout" before the animal nickname set in. It carried a traditional biplane wing arrangement featuring an upper and lower span section joined together by strutwork and cabling. The engine was encased at front under a cylindrical metal cowling and drove a two-bladed propeller unit. The fuselage was slim and tapered at the tail to which a single vertical tail fin and applicable horizontal planes were affixed. The undercarriage was typical of biplane aircraft of the time - fixed and wheeled main legs under the forward mass and a simple skid under the tail.
Advertisements

First flight of a Pup prototype was on December 22nd, 1916. Pups were then fielded by the Royal Flying Corps (RFC) and the Royal Naval Air Service (RNAS) beginning in 1916. For the latter, the aircraft series became an important pioneer of carrier-deck landings becoming the first aircraft to land on a moving ship in 1917.

Powered by a single Le Rhone air-cooled rotary engine of 80 horsepower, the Sopwith Pup showcased great maneuverability and inherently strong flying characteristics making her a favorite fighter mount for her day. Armament consisted of 1 x 7.7mm (.303 caliber) machine gun synchronized to fire through the spinning propeller blades - putting it on par with the latest German fighters. Additionally, the aircraft could take up to 4 x 25 lb conventional drop bombs under the lower wing section (two bombs per wing) for the fighter-bomber role. Service ceiling reached 17,000 feet with little loss of capability. A version existed that featured a more powerful 100 horsepower rotary engine which pushed the aircraft's capabilities even further.

With its base 80 horsepower engine, the Pup could manage a maximum speed up to 111 miles per hour. Endurance was approximately three hours. Climb rate was serviceable at 14 minutes to 10,000 feet.

Production of Pups spanned from 1916 to 1918 and 1,770 were produced in all - these collected from a variety of British companies - the Standard Motor Company (850), and Whitehead Aircraft (820), and the William Beardmore & Company (30) firms. Despite the Pup being their own product, Sopwith only contributed 96 to the total as their manufacture commitments during the war took them elsewhere. The Beardmore W.B.III was a carrier-based fighter offshoot of the Pup and appeared in 100 examples of its own from 1917 onwards. The Sopwith "Dove" was a related twin-seat civilian passenger design though only 10 were built.

Sopwith Pups held relatively short service tenures in the war, being replaced in full as a frontline fighter as soon as early 1918. Surplus aircraft were retained in second-line roles as trainers and home defense fighters and the product was eventually succeeded by the famous war-winning Sopwith "Camel" introduced in June of 1917 with seeing 5,490 examples realized (this aircraft is detailed elsewhere on this site).

The Sopwith Pup eventually stocked the air services (both in wartime and in the post-war years) of Australia, Belgium, Greece, Japan, the Netherlands, Romania, Russia/Soviet Union, and Britain. Some operated with the United States Navy as well.
Advertisements

(Showcased performance specifications pertain to the base Sopwith Pup production variant. Compare this aircraft entry against any other in our database or View aircraft by powerplant type)
STANDARD:
1 x 7.7mm Vickers machine gun in forward-firing fixed synchronized position. 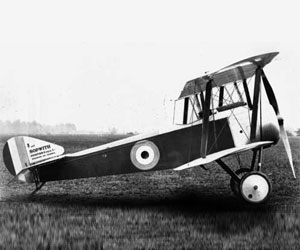