Though a capable bombing platform, the Fiat BR.20 Cicogna was simply outclassed at the start of the Second World War.

Authored By: Staff Writer | Last Edited: 07/02/2018 | Content ©www.MilitaryFactory.com | The following text is exclusive to this site. 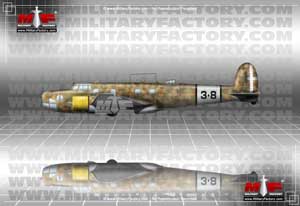 The Fiat BR.20 "Cicogna" (translating to "Stork" in Italian) was a medium-class bomber in service with the Italian Air Force during the late inter-war years and during the early fighting of World War 2 (1939-1945). Much like other inter-war designs forced to fight in the conflict, however, the Cicogna was already outclassed by its contemporaries as well as enemy fighter designs alike - relegating this bomber to limited duty for its part in the years-long conflict. By early 1943, the design series as a whole was removed from any useful frontline service, ultimately replaced by more capable Italian designs that followed.

The BR.20 was born in an Italian Air Force (Regia Aeronautica) requirement of 1934 calling for a new medium bomber with a serviceable war load and performance to fit the role. As such, a multi-engined, multi-crew design was the minimum. Fiat was one of the local firms to respond to the requirement and submitted their proposal in 1935. Furthering the design from paper-to-prototype, the BR.20 took flight for the first time on February 10th, 1936. Design of the aircraft was attributed to Celestino Rosatelli.

The bomber was completed with a traditional twin-engine arrangement which sat the powerplants outboard of the centralized fuselage. Each engine was fitted to a nacelle buried within the wing mainplane members and each drove three-bladed propeller units. The forward section of the fuselage was stepped in order to provide good vision for the pilots over the nose as well as affording the bombardier and navigator equally good vision through the nose proper. The midsection of the fuselage was slab-sided and the tail capped by a twin-vertical fin arrangement. A typical retractable "tail-dragger" undercarriage configuration was used for ground-running.

A bomb load of 3,530lb could be carried and defense was through 3 x 12.7mm Breda-SAFAT air-cooled machine guns placed at various defensive positions about the airframe. One was fitted to the nose to counter head-on attacks and another was set in a dorsal turret over the tail. The third was managed through a ventral position under the tail.
Advertisements

The promising nature of the Fiat submission meant that the aircraft was fast-tracked into certification and serial production. Deliveries began occurring as soon as September 1936 to which point the series was available in quantity to take part in the Spanish Civil War (1936-1939) the following year (serving under the banner of the Aviazone Legionaria on the side of the Nationalists). They were operated alongside the German-originated Heinkel He 111 medium bombers to good effect - that bomb also making its combat debut in the conflict. The Empire of Japan also employed the Italian bomber in their Second Sino-Japanese War (1937-1945) against China.

World War 2 arrived in September of 1939 but the Italians did not join in until October 13th, 1940 on the side of the Axis powers. By this time, the BR.20 was fully entrenched as the Regia Aeronautica's frontline medium bombing platform. However, the bomber was quickly found to be outclassed by the new generation of interceptors and fighters being utilized by the Allies. It lacked a proper defensive scheme, had a modest bomb load, and performed relatively poorly against contemporary bombers of similar role.

By 1942, the series was relegated to second-line roles that included bomber training and maritime patrol duty. In these roles, the series continued on into service until 1945 at which point the war would end. Back in September of 1943, the Italians capitulated as an Axis power and remerged as an Allied supporter to complete their part in the war.

Initial production models were known simply as BR.20 and 233 examples were completed. A pair of modified bombers existed as the BR.20A and used in air racing endeavors for a time. The BR.20L was a long-ranged-minded variant for the civilian market but only one airframe was completed to the standard in 1939. The next notable form was the BR.20M which introduced various improvements about the design as well as a lengthened nose section. 264 examples followed. The BR.20C was a one-off airframe converted by Agusta by way of fitting a single 37mm autocannon in the nose. This design was not furthered. The BR.20bis was a new design standard incorporating 2 x Fiat A.82 RC.42 radial engines of 1,250 horsepower, new all-glass nose section, and increased internal volume.

The BR.20 fought under several flags during the period beyond the Italians and Japanese. The Chinese claimed one captured specimen and flew this against the former owner from 1939 onward. The Italian Co-Belligerent Air Force also utilized the type after the Italian surrender of 1943. The Spanish State operated several under the Ejercito del Aire (EdA) banner. Other customers could be found in Croatia, Hungary, and Venezuela (single example).
Advertisements

OPTIONAL:
Up to 3,528 lb of internally-held stores.

General Assessment
Firepower
Performance
Survivability
Versatility
Impact
Values are derrived from a variety of categories related to the design, overall function, and historical influence of this aircraft in aviation history.
Overall Rating
The overall rating takes into account over 60 individual factors related to this aircraft entry.
34
Rating is out of a possible 100 points.
Relative Maximum Speed
Hi: 300mph
Lo: 150mph
This entry's maximum listed speed (273mph). 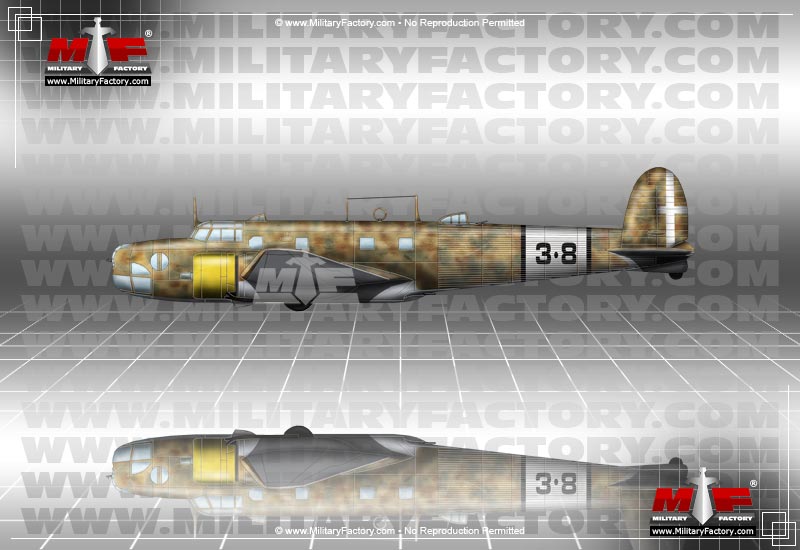 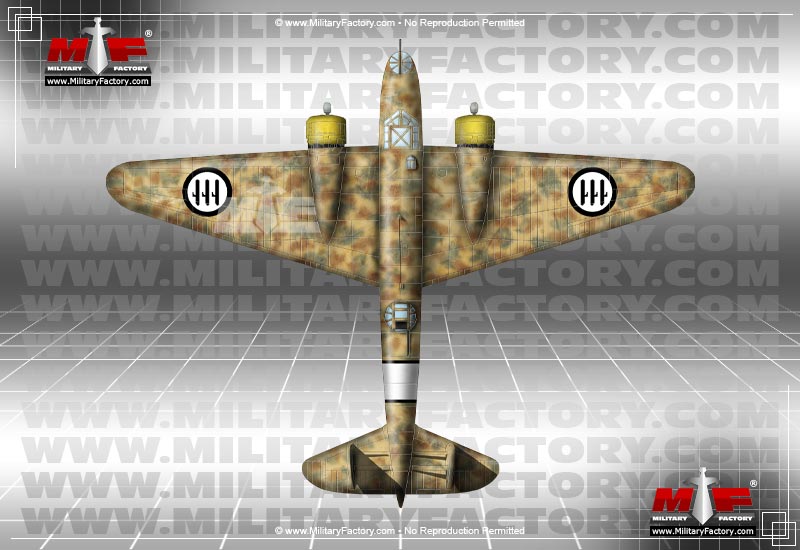 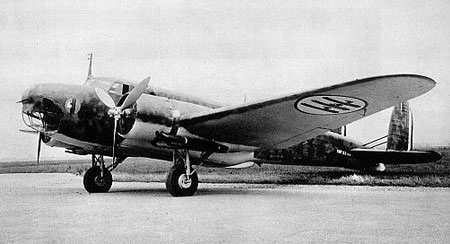 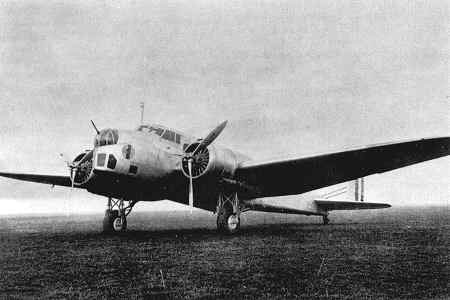