The AEG G.IV series of medium bombers were a German Air Service stalwart from 1916 through 1918.

Authored By: Staff Writer | Last Edited: 05/07/2021 | Content ©www.MilitaryFactory.com | The following text is exclusive to this site. 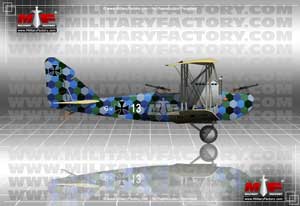 The German concern of AEG (Allgemeine Elektritzitats Gesellschaft) delivered another successful wartime product in its G.IV tactical medium bomber during World War 1 (1914-1918). The aircraft became an amalgam of the strengths featured in the earlier G.I, G.II, and G.III models by the company with the new platform produced from 1915 to 1918, the final year of the war. The aircraft was not available in suitable numbers until late-1916 but managed to see consistent service through to the end of the war.

As finalized, the G.IV model sported a conventional twin-engine layout with a biplane wing assembly and a three-man crew. The engines were held outboard of the fuselage within the upper and lower wing assemblies by way of struts. The crew sat inline across three individual open-air cockpits with collectively excellent views of the surrounding area. Two 7.92mm machine guns were fitted for local defense, one forward and one aft (the pilot seated in between the two), while up to 882lbs of externally-held ordnance could be carried.

Power was served through 2 x Mercedes D.IVa 6-cylinder, water-cooled inline piston engines developing 260 horsepower each. This provided a top speed of 103 miles per hour, a service ceiling of 14,760 feet, and a mission endurance window of about 4.5 hours.

The G.IV served the German air arm well during its years of wartime action though its potent offensive capacity was restricted some by inherently limited operational ranges. The G.IV designation marked basic tactical bombers while the G.IVg was a lengthened wing form with an additional bay added to each wing. The G.IVk was a special mission, ground attack model - five were completed - which added armoring and was armed with 2 x 20mm Becker cannons for the strafing role. G.IV bombers were also used in night time raids until growing Allied air superiority began to challenge the bomber, forcing it exclusively to operate in low-light hours and these missions produced mixed results.

The AEG G.V of May 1918 was intended as an improved G.IV form but the war ended before the aircraft could be pressed into service.

Nevertheless, German units equipped with the G.IV remembered a good, strong aircraft that was largely easy at the controls and a capable bombing platform. Aircrews found particular success against the Italians along the Southern Fronts and late-war use even included reconnaissance sorties where needed. The G.IV was not exported to German allies and only one managed to survive the last century - preserved at the Canada Aviation and Space Museum of Ottawa, Ontario.
Advertisements 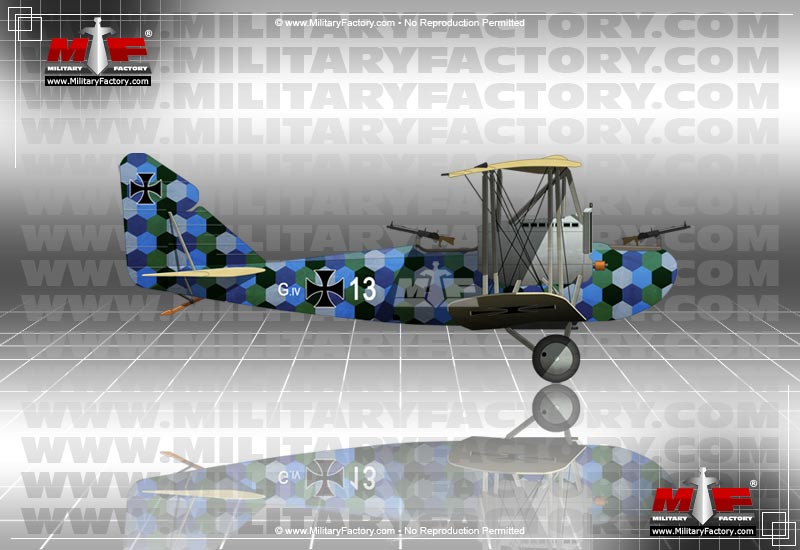