Authored By: Staff Writer | Last Edited: 06/27/2022 | Content ©www.MilitaryFactory.com | The following text is exclusive to this site. 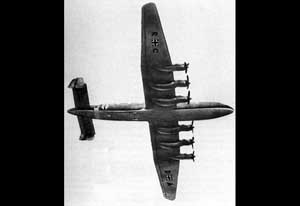 The German Junkers Ju 390 long range heavy bomber was intended to be able to strike far-off locations along the American East Coast during World War 2 - the German effort to bring the war to the doorstep of the United States. The Ju 390 was a further development of the earlier proposed multi-engine Junkers Ju 290 heavy bomber of which 65 were ultimately built. The Ju 390 was developed to fulfill several other roles beyond strategic bombing such as maritime patrolling/reconnaissance and long range transport. The Ju 390 - also known as the "New York Bomber" - was only ever completed in two working prototypes - V1 and V2. Its development made the idea of transatlantic bombing a theoretical possibility the Luftwaffe but became nothing more than another failed submission in the "Amerika Bomber" projectthen under consideration by the Germans. This project included the Messerschmitt Me 264 and Focke-Wulf Ta 400 designs.

Interestingly, the Junkers Ju 390 heavy bomber came along during the war when the German effort and philosophy was still generally concentrated on use of medium bombers and various fighter-bomber hybrids. As such, full developmental resources for the Ju 390 were never really realized and the entire program floundered as a result. With origins in the Ju 290 airframe, the Ju 390 was essentially the same aircraft with wings lengthened via extensions to help accommodate additional engines (three engines were fitted to a wing for a total of six). The fuselage was also lengthened for the long-range bombing role. Defense was supplied by a pair of 13mm machine guns in a ventral gondola position as well as 2 x 13mm machine guns at beam (waist) positions. A pair of 20mm cannons would have been mounted in a dorsal turret and a single 20mm cannon would have been installed in the tail. The operating crew complement was to number ten between the required flight crew and dedicated gunners. The heavy transport form was given the designation of Ju 390A-1 while the maritime patrol and long-range heavy bombers were known under the Ju 390B and Ju 390C designations respectively.

First flight for the V1 prototype was recorded on October 20, 1943, revealing a rather promising start for the massive bomber. Ju 390 V2 was first flown that same month and testing is believed to have gone on into 1945 - the lastyear of the war. An initial order of 26 Ju 390s was ordered though the program was cancelled during June of 1944 to allocate critical wartime resources and development to other more pressing projects - particularly those defensive-minded in nature as Germany began to fight a defensive war. As such, there proved little need for a large, offensive-minded bomber like the Ju 390. The Ju 390 was officially stricken from Luftwaffe contention during 1945 while the V1 prototype was destroyed on the ground by the Germans as Allied forces closed in on the development facility.

Despite the program falling to naught, the idea of a transatlantic "New York Bomber" was an intriguing one, serving as much a psychological terror tool on American cities as it could have been a strategic war resource. The Ju 390 would have brought the war to the Americans in much the same what that the "Blitz" was brought to London by the Germans or the Americans bombing Tokyo proper through the "Doolittle Raid".

It is said that a test flight of a Ju 390 crossing the Atlantic to North American airspace may have taken place though this event has remained in dispute for some time. Nevertheless, the availability of two flyable Ju 390 prototypes certainly make the 32-hour cross-ocean flight a possibility - though the aircraft flying into North American airspace undetected seems far-fetched. The Empire of Japan was also to take on serial production of the Ju 390 when, during the fall of 1944, Japanese authorities were granted local production rights to the Ju 390 by the Germans. None were completed on Japanese soil by the time of the surrender in August of 1945.©MilitaryFactory.com
Note: The above text is EXCLUSIVE to the site www.MilitaryFactory.com. It is the product of many hours of research and work made possible with the help of contributors, veterans, insiders, and topic specialists. If you happen upon this text anywhere else on the internet or in print, please let us know at MilitaryFactory AT gmail DOT com so that we may take appropriate action against the offender / offending site and continue to protect this original work.
Advertisements 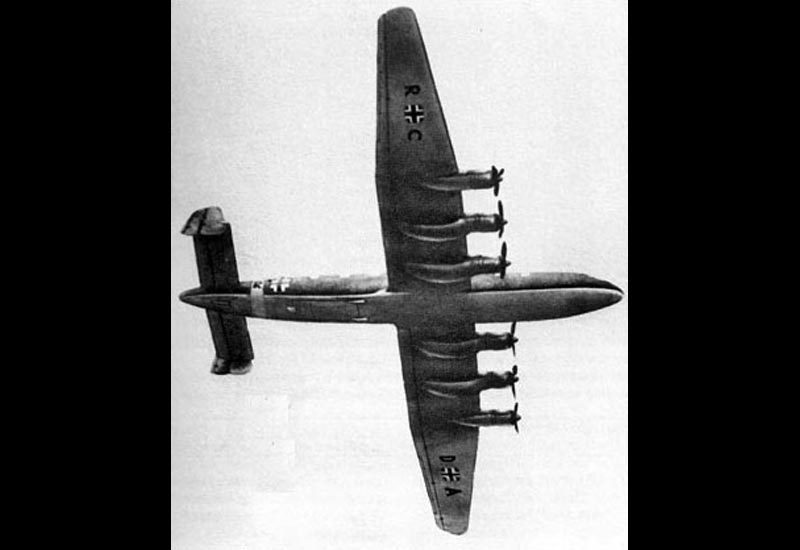 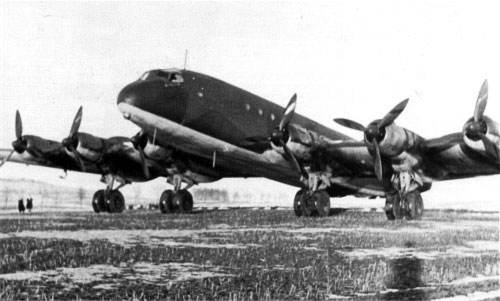 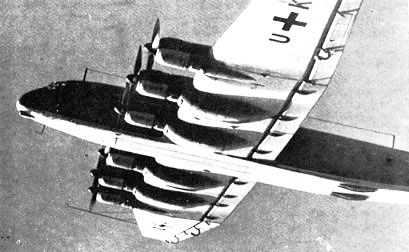 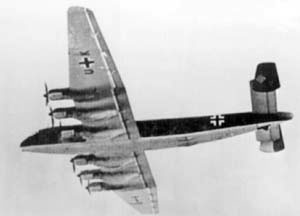 Aviation developments of similar form and function, or related to, the Junkers Ju 390 (New York Bomber)...