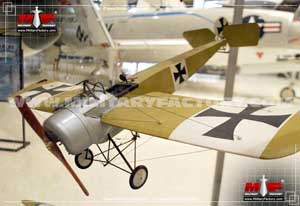 As with most aircraft developed during World War 1, the Eindecker series enjoyed a relatively short period of time at the front lines. Aviation technology was ever changing to the point that aircraft designs could be made obsolete as soon as they were produced, leaving a slim window of opportunity for a single design to prove itself. This evolving face of the First World War directly influenced both aircraft design and outcomes of several campaigns fought in the skies. The Eindecker deserves particular mention as it was one of the first aircraft to bring about a taste of things to come in air warfare.

The Fokker E "Eindecker" ("Eindecker" meaning monoplane) was of a most basic monoplane design, incorporating known successful elements from previous aircraft design attempts such as a static a landing gear system, aerodynamic details and a enclosed engine. The Eindecker series had the distinction of being the first aircraft to be fitted with the deadly synchronized machine gun/ propeller system which allowed for operation of the machine gun through the spinning propeller, quite an accomplishment that led pilots to engage enemy aircraft in relative safety without the fear of stripping off the propeller blades. This single invention would lead to the period of German air dominance known simply as the "Fokker Scourge".

This new German technology was highly-touted and highly-prized when compared to that of what the Allies had to work with. The synchronized firing mechanism was so guarded by the Central Powers early in the war in fact that aircraft armed as such restricted to fighting only above or near German-held territories for fear that the technology would fall into enemy hands. In contrast, Allied pilots operated their machine guns - usually placed on the upper wing assembly from their cockpit seats (to clear the spinning propeller blades) - often at uncomfortable distances when it came to clearing jams or rearming. In some cases, these weapon systems would have to operated by way of an extension arm with one hand while the pilot was still required to maneuver the aircraft into firing position with the other. The synchronized machine gun was an advantage that played all too well into Eindecker pilot hands and was very symbolic of the technological progression being made by both sides throughout the war.

The initial design of the Eindecker series stemmed from a pre-war design designated as the M.5. Though not a spectacular aircraft in most regards (the basic design was somewhat outdated and outclassed from the outset), the Eindecker enjoyed a good mission-to-kill ratio due to the single fact of the synchronized machine gun. The seemingly simple technological feat provided the German air force with the capability to take back the teeter-tottering skies from Allied planes. In terms of handling, however, recent wind tunnel testing revealed several challenges facing the pilot in just taking off and maintaining lift with the aircraft - a testament to the mettle that these pioneers faced from their own machines.

Due to the exclusivity of the synchronized machine gun and the limited reach placed on the Eindeckers, the E-series would languish as a bomber escort or as a defensive weapon system over German-held territories. Production issues at home also held the reach of the Eindecker series overall and the aircraft would never truly reach its intended defined potential during the course of the war. Legendary German Ace Max Immelmann would be credited with the Eindecker's first kill on August 1, 1915, and his prowess would eventually lead to a dogfighting move named in his honor. By war's end, the Eindecker would reportedly be credited with achieving the destruction of no fewer than 1,000 Allied aircraft.©MilitaryFactory.com
Note: The above text is EXCLUSIVE to the site www.MilitaryFactory.com. It is the product of many hours of research and work made possible with the help of contributors, veterans, insiders, and topic specialists. If you happen upon this text anywhere else on the internet or in print, please let us know at MilitaryFactory AT gmail DOT com so that we may take appropriate action against the offender / offending site and continue to protect this original work.
Advertisements

(Showcased performance specifications pertain to the Fokker E.III (Eindecker) production variant. Performance specifications showcased above are subject to environmental factors as well as aircraft configuration. Estimates are made when Real Data not available. Compare this aircraft entry against any other in our database or View aircraft by powerplant type)
1 x 7.92mm Maschinengewehr MG08 OR Parabellum MG14 OR Spandau LMG 08 machine guns over forward fuselage, synchronized to fire through the spinning propeller blades. 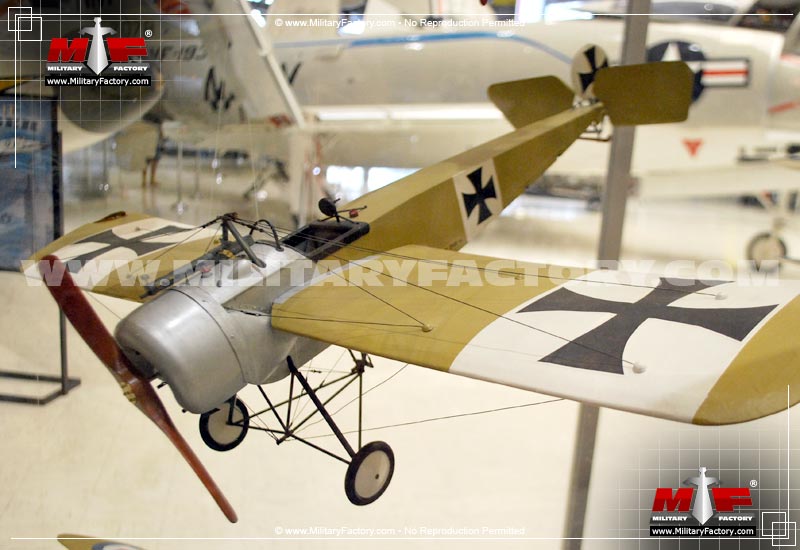 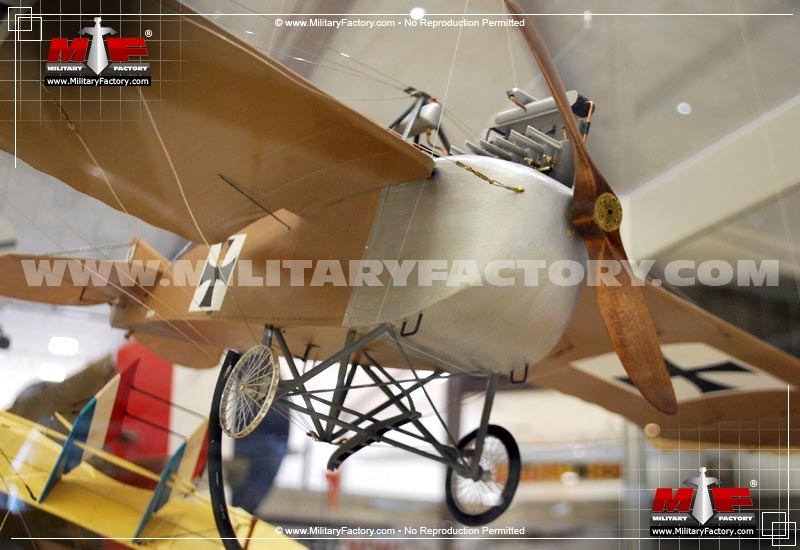 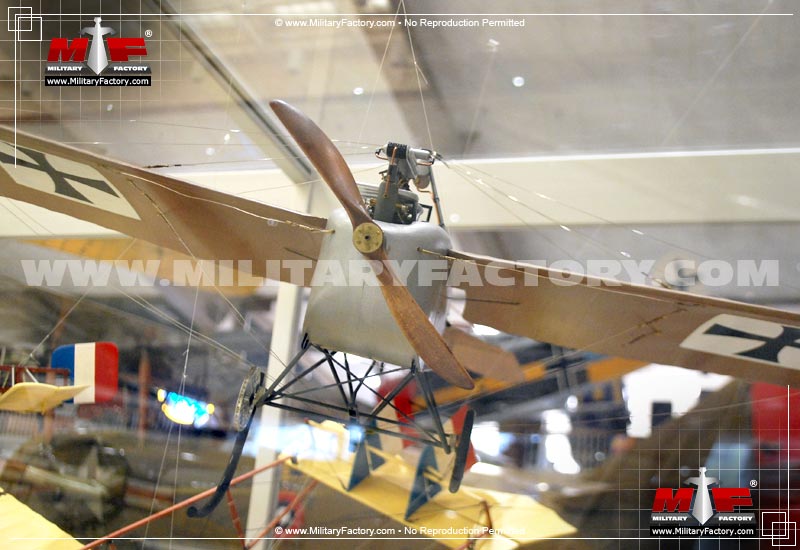 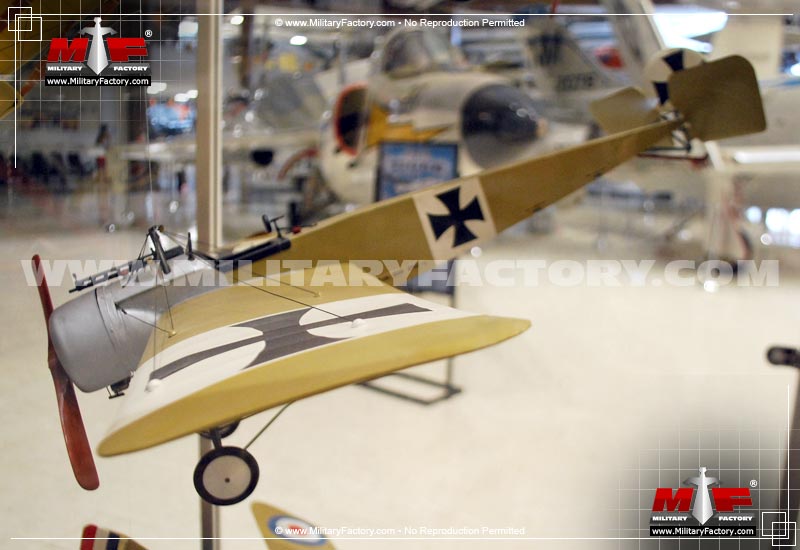 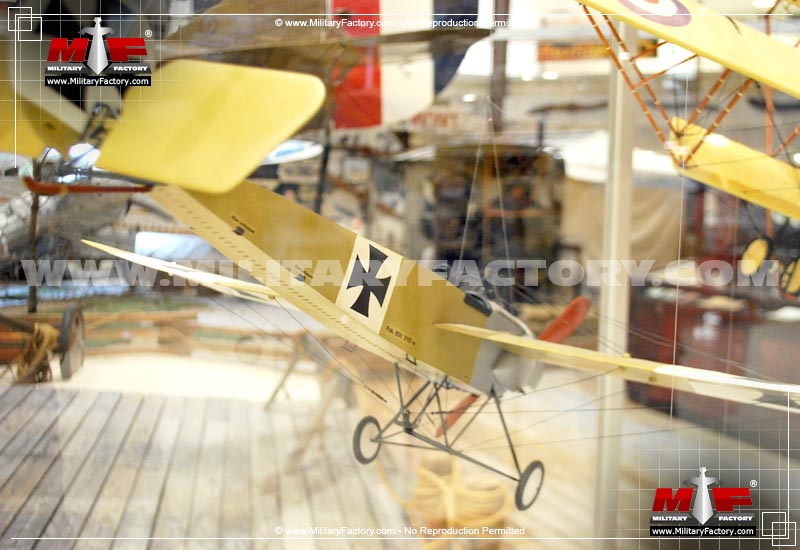 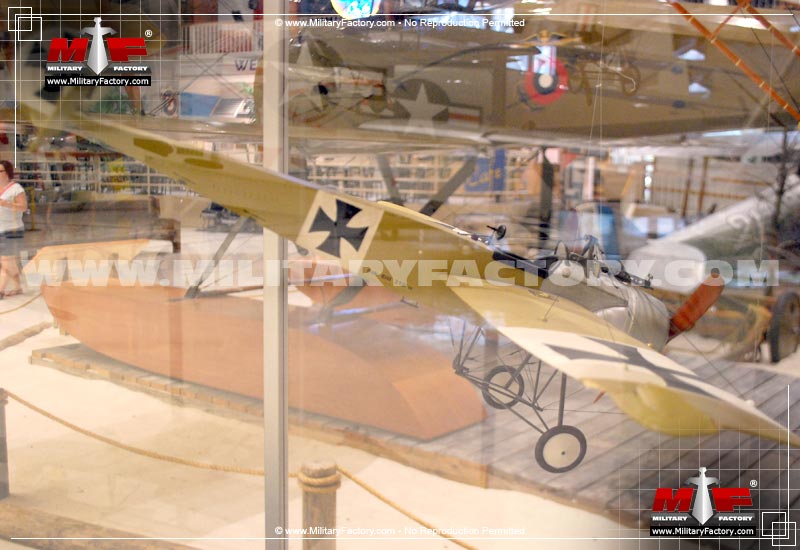 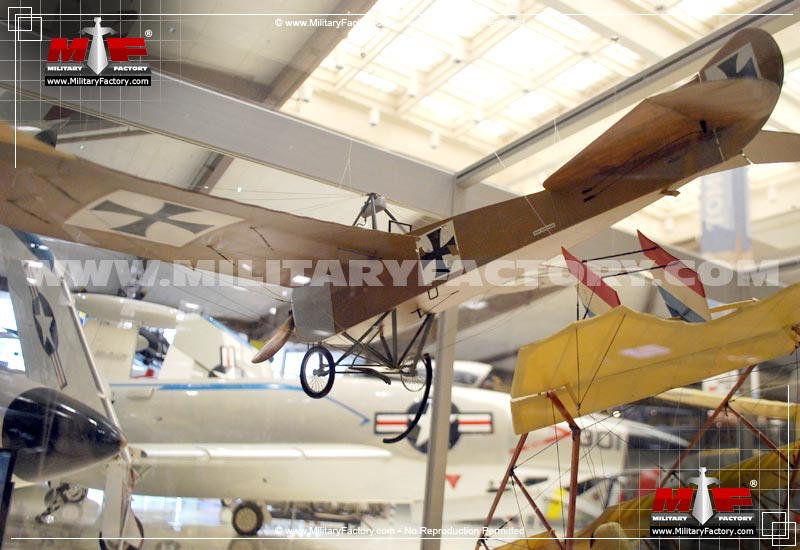 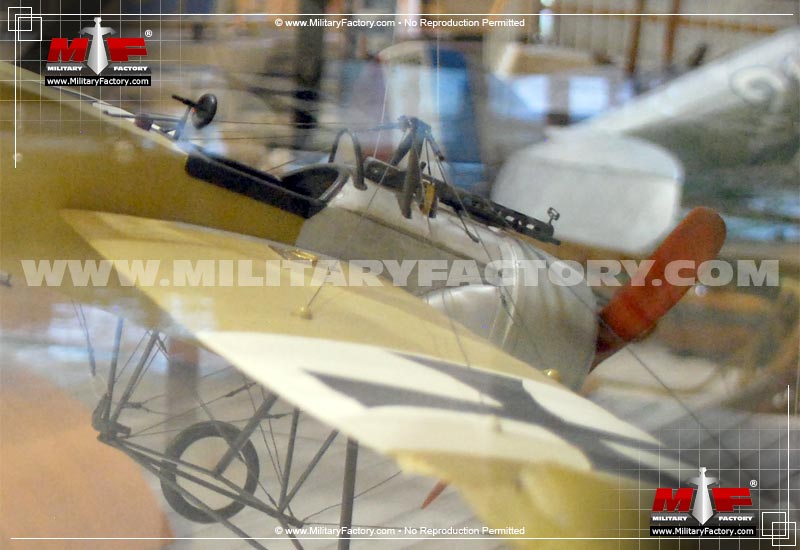