The Consolidated PBY Catalina was one of the more important flying boats for the Allies during World War 2. 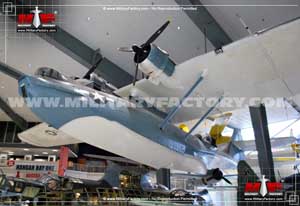 Maritime aircraft play an understated - yet hugely important - role during World War 2 where their long range capabilities were put to good use. Flying boats came to pass as a peacetime development, the earliest forms appearing prior to World War 1 (1914-1918) and this allowed their use as military platforms during the war proper. Their continued evolution, with appropriate tactics and doctrine soon fleshed out, led to ever-more impressive designs soon taking shape - particularly those designs emerging from Britain and the United States. With the arrival of the Second World War, the role of the flying boat was broadened considerably and now included overwater patrolling, reconnaissance, Search and Rescue (SAR), submarine hunting, and anti-shipping service carrying varied ordnance such as bombs, torpedoes and mines.

The PBY Catalina series became one of the more important of the American flying boats to see service in World War 2. The aircraft was designed, developed, and produced under the Consolidated Aircraft Company brand label in the United States and soon appeared as local, licensed products in other countries. Its reach also benefited through the Lend-Lease initiative which ensured the aircraft was stocked in foreign inventories during the war.

At its core, the PBY Catalina was a high-winged, twin-engined aircraft, classified as a flying boat for its boat-like/aircraft-like qualities allowingit to land on water or a prepared runway. The Catalina was crewed by seven to nine personnel that included pilots, engineers, bombardiers, and machine gunners - the total crew complement varied by variant. In prototype form, the PBY first flew on March 28, 1935 and beat out a competing Douglas Aircraft product in competition. Production models were accepted as "PBY-1" in October of 1936 (with the USN).

The wartime period would see a variety of engines fitted, revision of the defensive and offensive armament, and ever-expanding roles for the aircraft line. Tricycle landing gear tests on late PBY-4s would yield the truly amphibious PBY-5 and PBY-5A series models. Production of the PBY series would be undertaken by Consolidated in the United States, Canadian Vickers and Boeing of Canada in Canada (620 examples), and state factories in the Soviet Union (24 examples) under the Lend-Lease Act. In all, 3,305 PBY Catalina-based systems would be produced with 2,661 coming from American factories alone. The Soviets designated their Catalinas as "GST" (PBY-5) while Britain used the "Catalina Mk" identifier from marks I to VI.

The flying boats would go on to serve a critical role int he war particularly as the war was fought over such varied terrain types including long stretches of ocean and sea. Catalinas were in service until 1979 before being retired by the Brazilian Navy. French Catalinas were in operational service in Indochina for a time. Other operators included Australia, Chile, and Taiwan.

Many went on to have post-war careers in both military and civilian service. Still others soldiered on as fire-fighting platforms.

The PBY-5A featured a crew of ten. Its power came from 2 x Pratt & Whitney R-1830-92 "Twin Wasp" radial piston engines outputting at 1,200 horsepower each. The engines were fitted along the wing leading edges which allowed for clearance against the punishing salty sea air. Performance included a maximum speed of 195 miles per hour, a cruise speed of 125 mph, a range out to 2,520 miles, a service ceiling of 15,800 feet, and a rate-of-climb of 1,000 feet per minute. Standard armament were 3 x 0.30 caliber machine guns (two fitted at the nose and the third at a ventral tail position) and 2 x 0.50 caliber heavy machine guns (one at each beam position). Bomb load was up to 4,000 lb of stores - conventional drop bombs, torpedoes, or depth charges being typical.
Advertisements

Status
RETIRED
Not in Service.
Crew
10

OPTIONAL:
Bombload of up to 4,000lb that includes 2 x torpedoes, bombs, depth charges or anti-ship mines. 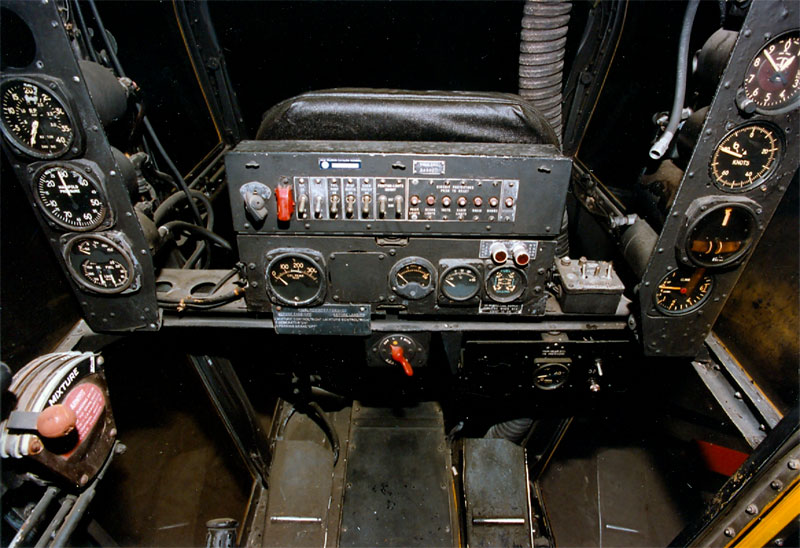 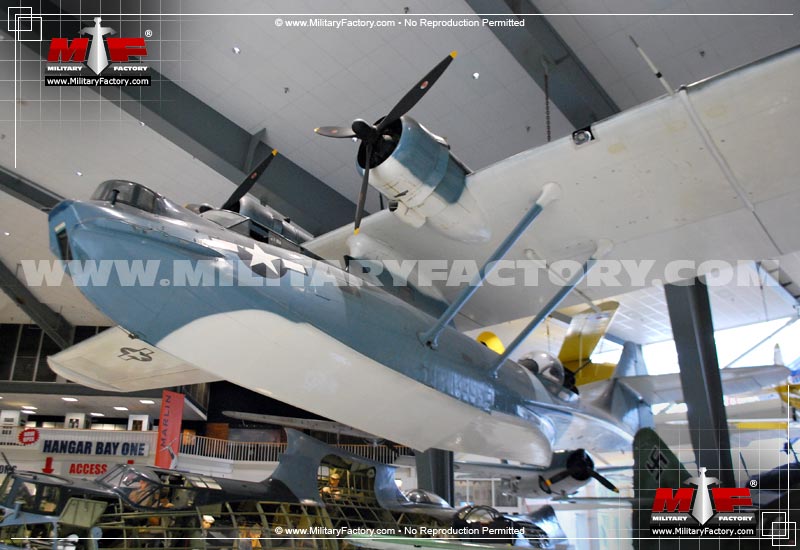 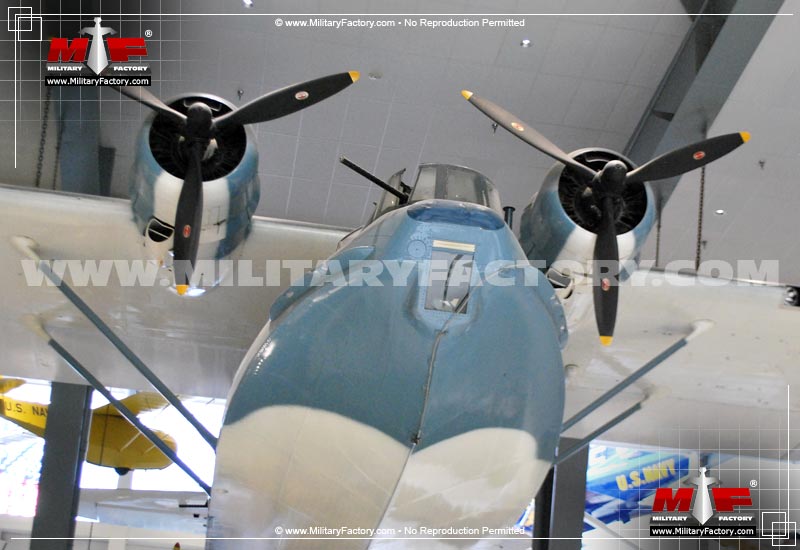 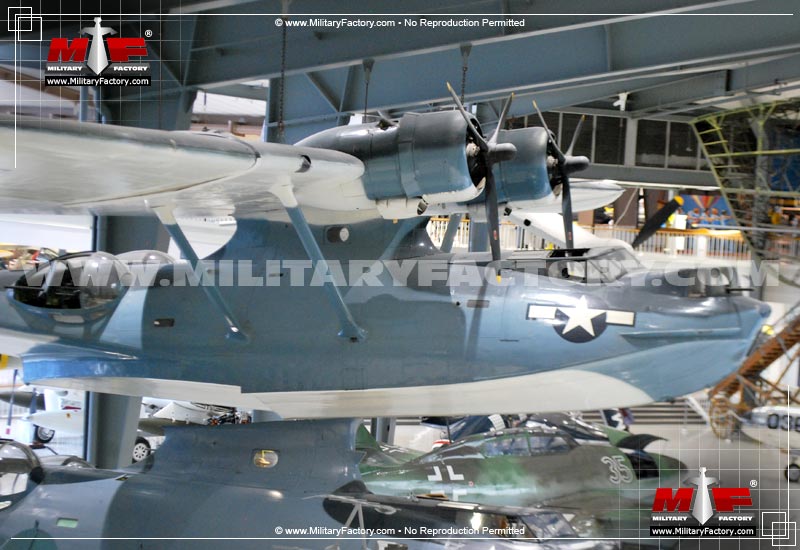 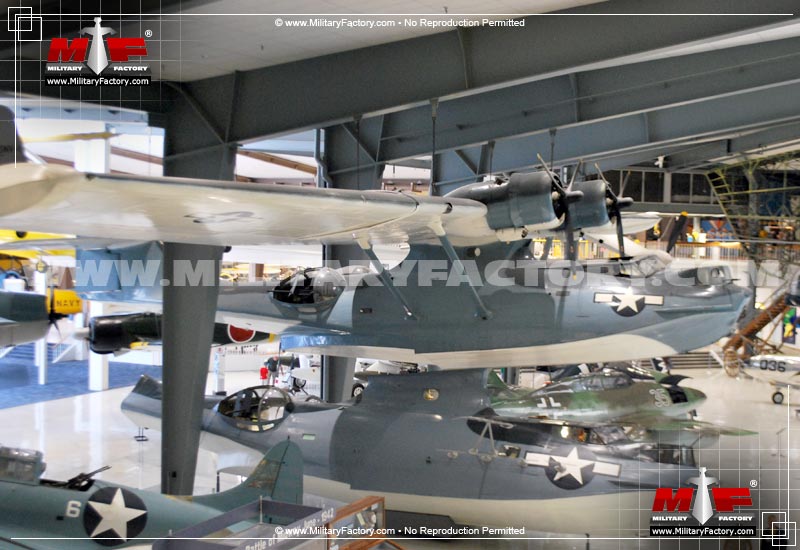 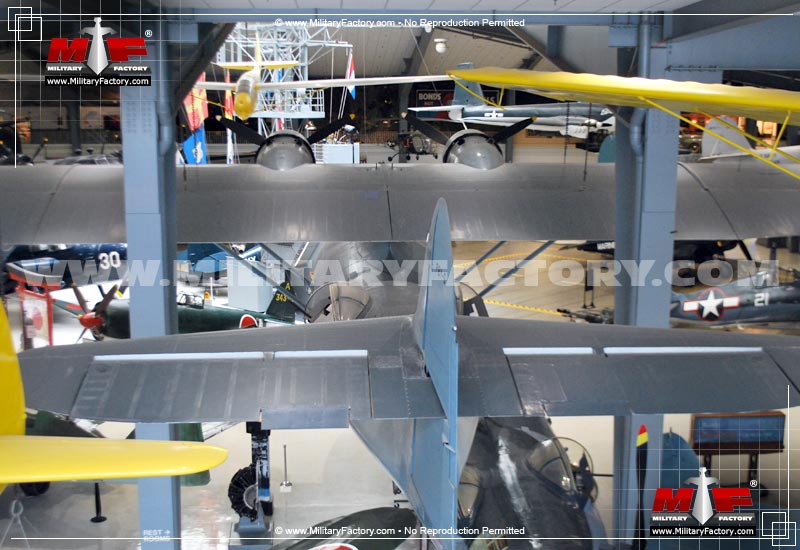 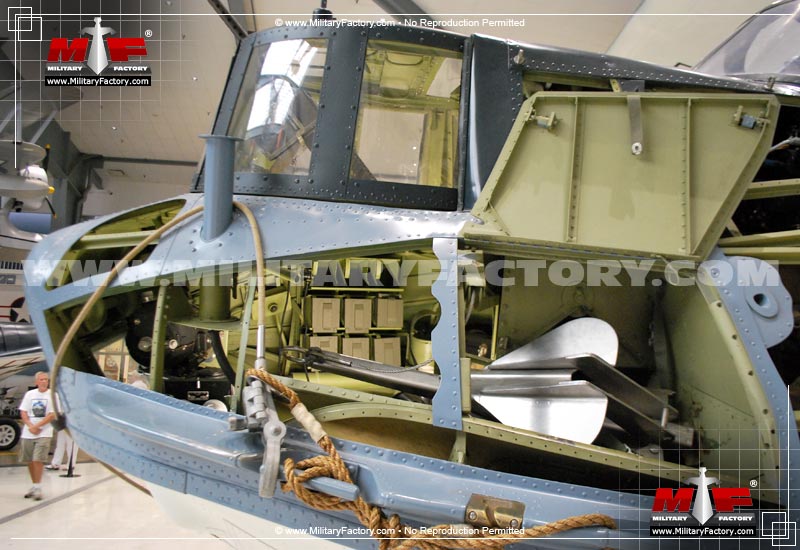 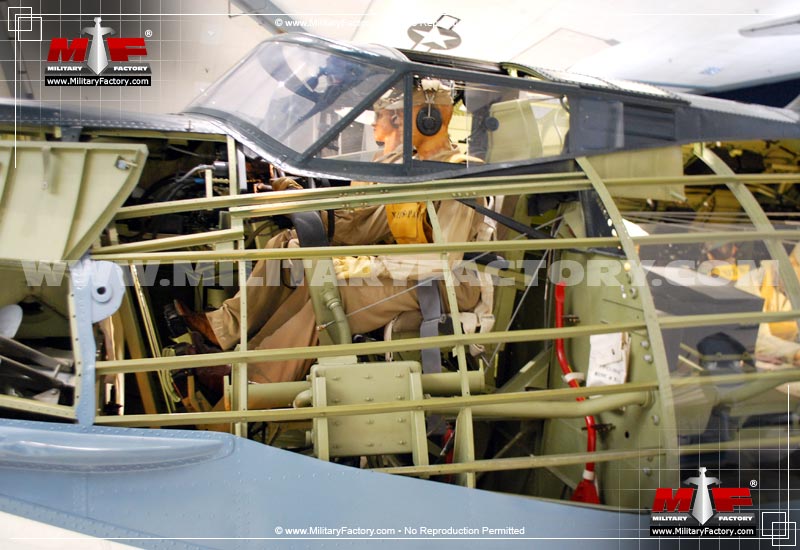 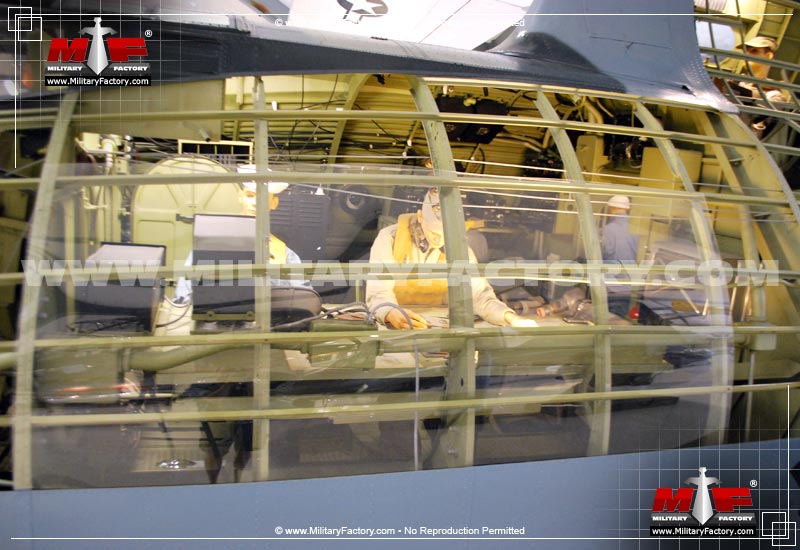 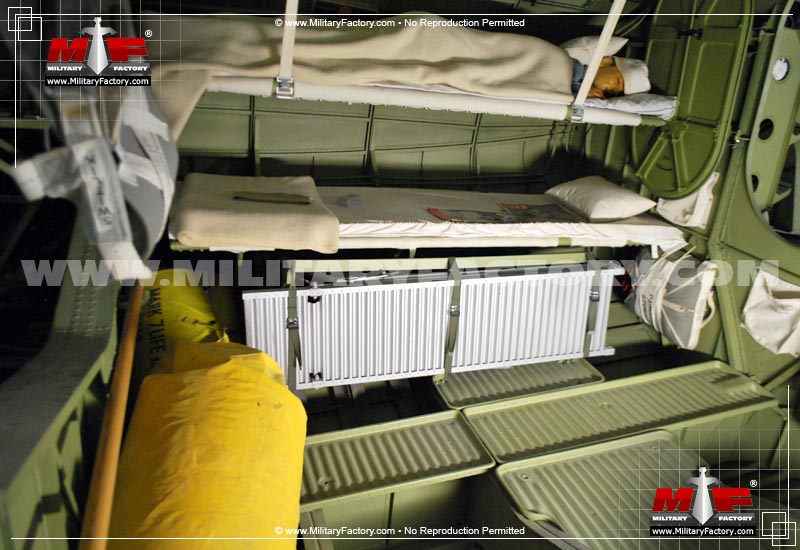 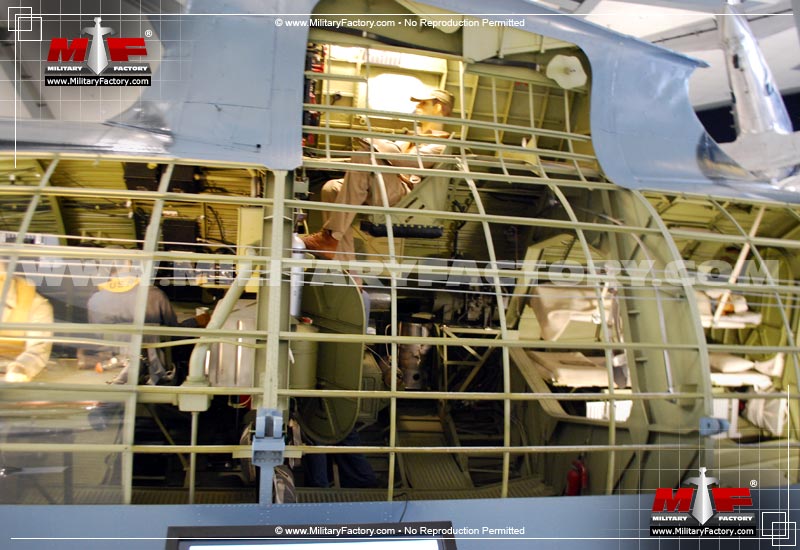 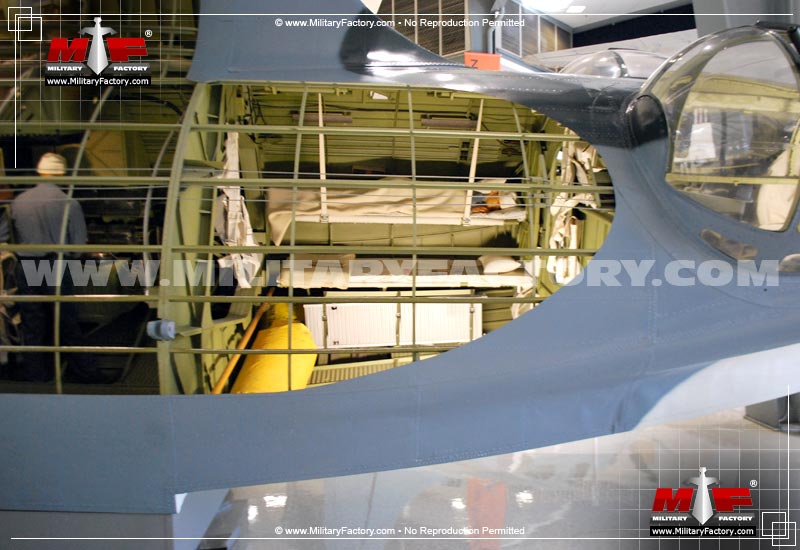 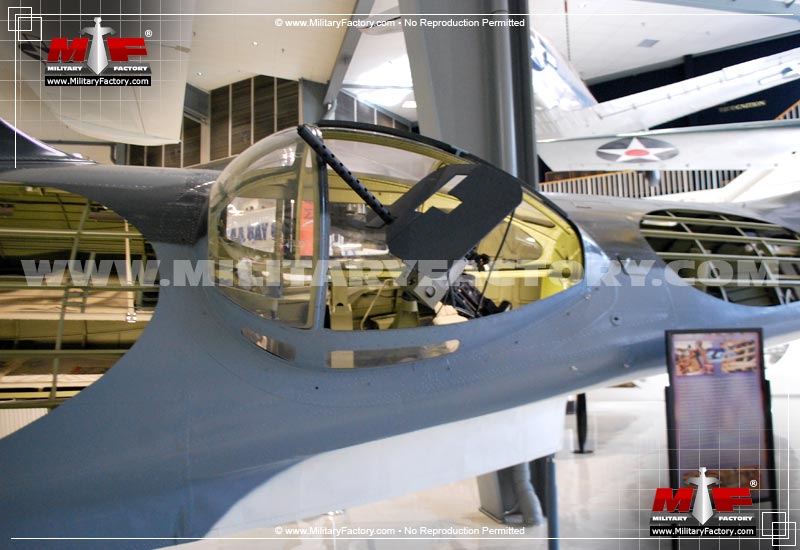 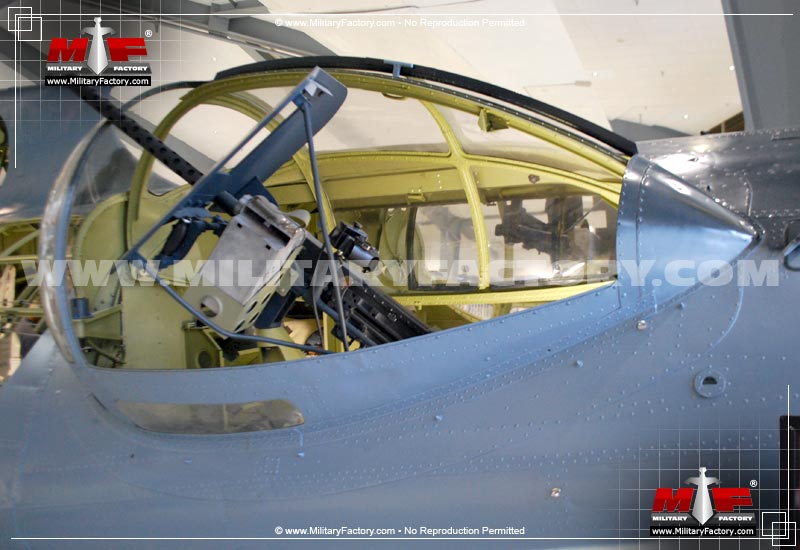 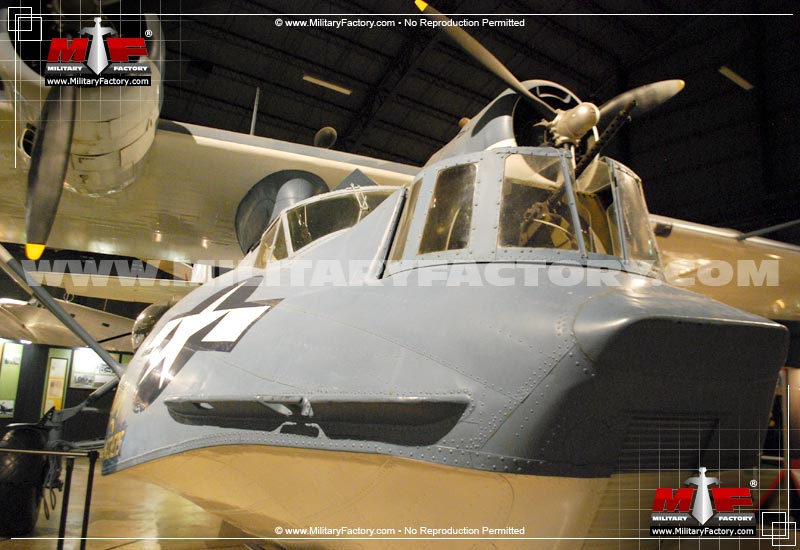 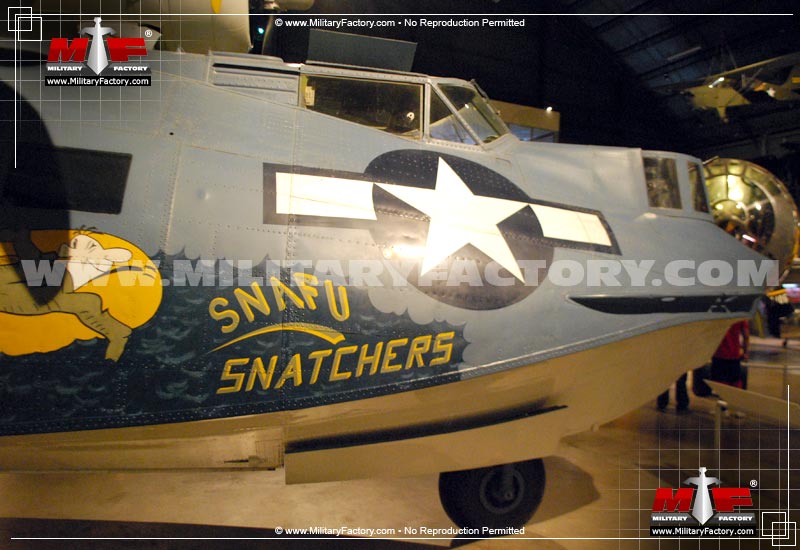