The hybrid-powered Curtiss P-1032-11 was the third of four proposed fighters for the USAAF during World War 2.

Authored By: Staff Writer | Last Edited: 08/11/2022 | Content ©www.MilitaryFactory.com | The following text is exclusive to this site. 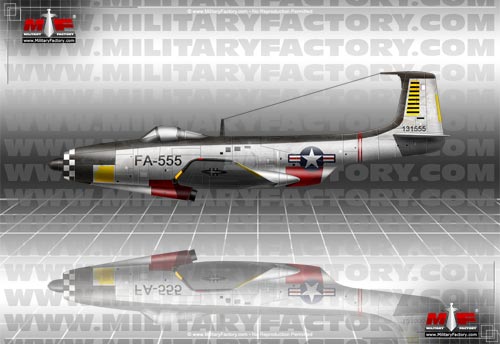 The third of four jet-powered fighter designs proposed to the United States Army Air Forces (USAAF) in February of 1944 was the P-1032-11. The original P-1032-7 appeared with a single, embedded engine configuration leading to the P-1032-9 with its podded twin-engine arrangement. The P-1032-11 was a wholly-different approach attempting to mate the inherent power of a turboprop engine with that of a single turbojet to maximize performance. None of the designs were evolved beyond their paper stage.

The P-1032-11 was noticeably different in its profile lines: the nose section was reworked to house the turboprop powerplant to be used to spin a large-diameter, four-bladed propeller unit and the single turbojet installation was buried within the middle-aft end of the fuselage. This resulted in a deeper side profile for the once-sleek fighter proposal. The crew remained a single pilot aft of the nose assembly and under a lightly-framed canopy. The tail stem ran over the engine exhaust ring which terminated under it. The tail unit comprised a single vertical fin with low-set horizontal planes. The mainplanes remained straight, tapering forms mounted low along the sides of the fuselage. A tricycle wheeled undercarriage standard across all four of the Curtiss submissions related to P-1032.

This turboprop became the first such engine to be designed and manufactured in number within the United States, running for the first time in May of 1945 and going on to power such types as the Consolidated Vultee XP-81 and Ryan XD2R "Dark Shark" experimentals (both detailed elsewhere on this site). However, it was not an outright success and only 28 units were completed of the 1,700 horsepower-rated engine. This more conventional powerplant would be used to rotate a 12-foot-diameter propeller unit at the nose in "puller" fashion. The exhaust from the engine would be jettisoned from underneath the aircraft at the belly.

The GE I-40 (J31) turbojet engine appeared in April of 1943 and was based in the GE I-A development. It managed to reach 241 units in production with use seen in the Bell P-59 "Airacomet" as well as the Ryan FR "Fireball". Further development of this jet resulted in the GE J33 series. Because of the nose-mounted position of the turboprop engine, the J31 would have its air fed through intakes found at the wing leading edges, ducts delivering the much-needed air to the engine within the body of the aircraft.

Complex to-be-sure but the combination powerplant scheme was a sought-after arrangement of many late-World War 2 and post-war fighter designs, attempting to combine the best performance qualities of both engine types into one complete machine.

As in the P-1032-7, the P-1032-11 was to have provision for the carrying of 2 x Jettisonable fuel tanks to help increase its operational ranges. This was much-needed considering the twin-engine types at play. Because of the turboprop in the nose section, the original's proposed 4 x 20mm autocannon armament was reduced to 4 x 12.7mm heavy machine guns and these to be featured in pairs at each wing member.

Dimensionally, the proposed fighter was to have a wingspan of 45.8 feet and a running length of 45 feet. Loaded weight was 18,500lb against an MTOW of 22,300lb. Maximum speed was estimated at 550 miles-per-hour and range was out to 2,300 miles. Slower and heavier than previous iterations of the aircraft, the P-1032-11 at least held the advantage in range and fell only slightly behind the P-1032-9 in terms of rate-of-climb (6,050 feet-per-minute versus 6,650fpm).

Despite all this, none of the four designs progressed to something meaningful and eventually fell to naught, even after review by USAAF authorities still wrapped up in the World War 2 effort.©MilitaryFactory.com
Note: The above text is EXCLUSIVE to the site www.MilitaryFactory.com. It is the product of many hours of research and work made possible with the help of contributors, veterans, insiders, and topic specialists. If you happen upon this text anywhere else on the internet or in print, please let us know at MilitaryFactory AT gmail DOT com so that we may take appropriate action against the offender / offending site and continue to protect this original work.
Advertisements

(Showcased performance specifications pertain to the base Curtiss P-1032-11 production variant. Performance specifications showcased above are subject to environmental factors as well as aircraft configuration. Estimates are made when Real Data not available. Compare this aircraft entry against any other in our database or View aircraft by powerplant type)
PROPOSED:
4 x 0.50cal (12.7mm) Browning M2 Heavy Machine Guns (HMGs) in wings (two guns to a wing mainplane member). 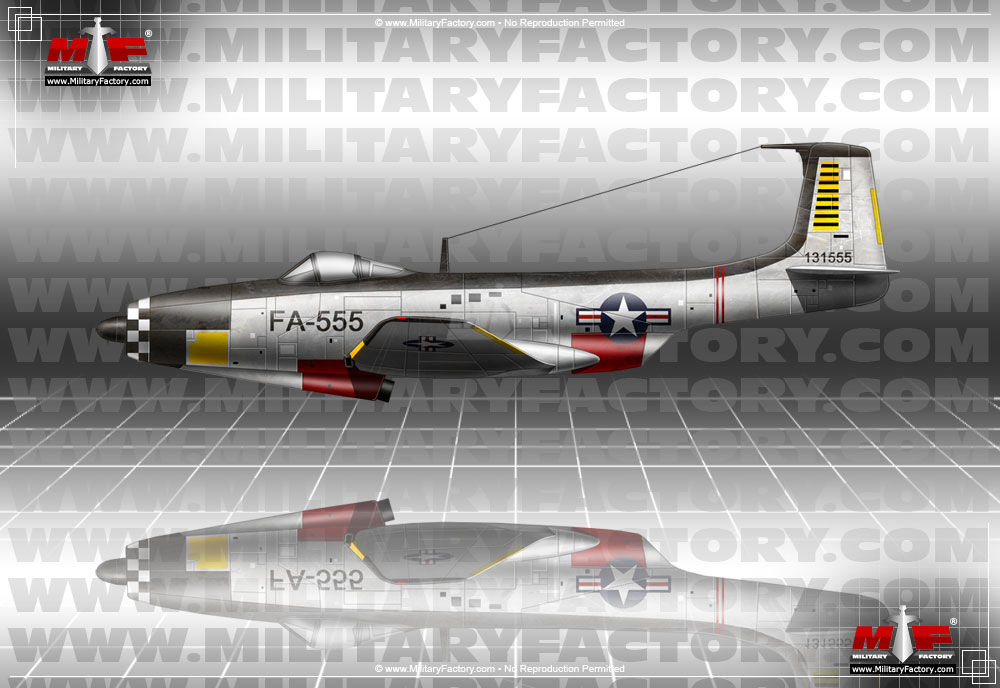