The American Travel Air Type R high-performance racer of the late-1920s served as the basis for this potential Italian fighter, the Breda Ba.27.

Authored By: Staff Writer | Last Edited: 12/20/2021 | Content ©www.MilitaryFactory.com | The following text is exclusive to this site. 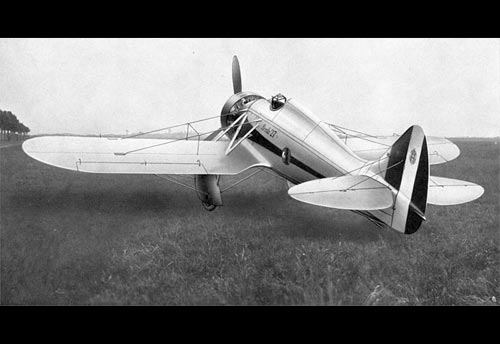 The Breda Ba.27 was an Italian proposal, and eventual modification, of the original American Travel Air "Type R" racer of the late-1920s (the Inter-War years). The first three of five Type R racer aircraft were built under such secrecy that they earned the nickname of "Mystery Ship" from local press in Wichita, Kansas. Capable of reaching speeds of 235 miles-per-hour, the high-performance monoplane design certainly impressed as a record-setter in both speed and range at a time when military designs all but dominated competition racing.

The fifth of the lot was commissioned directly by the Italian government after the Type R was showcased on tour across Europe. The completed form was taken down in Wichita, transported by ship across the Atlantic, and reassembled in Italy, serving to form the basis for the Ba.27 to follow.

The Ba.27 retained the single-seat, open-air cockpit of the original as well as the low-set, braced monoplane wings. Steel tube construction made up the internals while a light corrugated alloy metal was used for skinning the aircraft. Wood was implemented at the wing mainplanes as well as the tailplanes to complete the design resulting in a mixed-construction aircraft consistent with the period. Fixed, spatted wheeled main undercarriage legs provided the "tail-dragger" appearance when ground-running. The local Alfa Romeo "Mercurius" air-cooled radial piston engine was selected to drive power to the two-bladed propeller unit at the nose, the engine outputting 540 horsepower at full throttle.

The Italians constructed a total of fourteen Ba.27 airframes beginning with two Ba.27 aircraft representing prototypes. A further twelve made up the Ba.27 "Metallico" and featured slight improvements to help win critics over as the initial prototypes did not impress Regia Aeronautica authorities. This lead to an extensive reworking of the aircraft that included refined aerodynamic qualities throughout, a relocated (further back) cockpit, and smooth sheet metal skinning. Even so, in this guise, the aircraft was not adopted for serial production and operational-level service for local forces.

After being rebuffed by the Regia Aeronautica, the design was adopted by the Republic of China (Chinese Nationalist Air Force) in its war against invading Japan. Eighteen airframes were eventually ordered through only eleven of the lot made their way to the customer.©MilitaryFactory.com
Note: The above text is EXCLUSIVE to the site www.MilitaryFactory.com. It is the product of many hours of research and work made possible with the help of contributors, veterans, insiders, and topic specialists. If you happen upon this text anywhere else on the internet or in print, please let us know at MilitaryFactory AT gmail DOT com so that we may take appropriate action against the offender / offending site and continue to protect this original work.
Advertisements

HIGH-SPEED PERFORMANCE Can accelerate to higher speeds than average aircraft of its time.
EXTENDED RANGE PERFORMANCE Capability to travel considerable distances through onboard fuel stores.
BAILOUT PROCESS Manual process of allowing its pilot and / or crew to exit in the event of an airborne emergency.

(Showcased performance specifications pertain to the Breda Ba.27 (Metallico) production variant. Performance specifications showcased above are subject to environmental factors as well as aircraft configuration. Estimates are made when Real Data not available. Compare this aircraft entry against any other in our database or View aircraft by powerplant type)
2 x 12.7mm Breda-SAFAT air-cooled Heavy Machine Guns (HMGs) in fixed, forward-firing mountings. 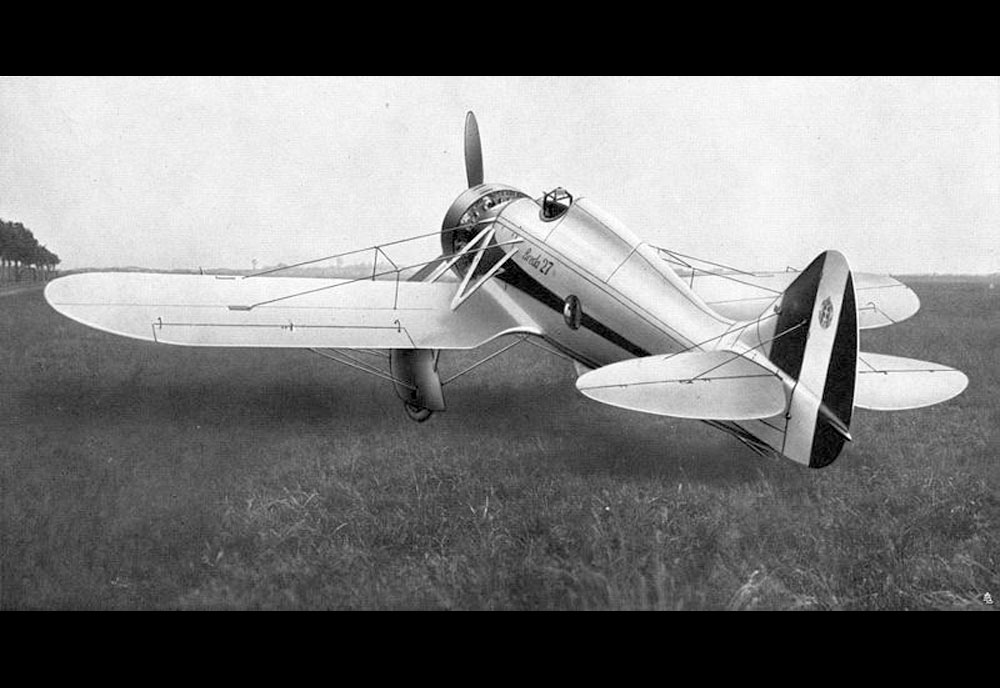