The Messerschmitt Projekt II existed only in a loose paper form, intended as a bomber destroyer against Allied air attacks.

Authored By: Staff Writer | Last Edited: 11/29/2021 | Content ©www.MilitaryFactory.com | The following text is exclusive to this site. 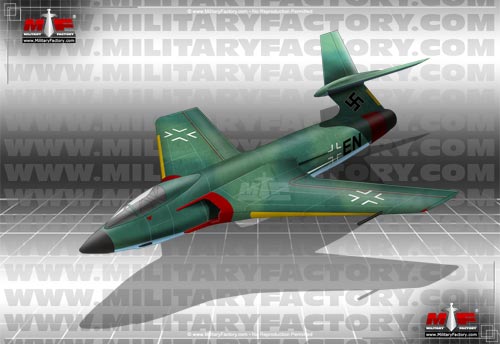 As World War 2 (1939-1945) progressed, and Allied bombers began taking their toll on the German war effort, it behooved the Luftwaffe and its suppliers to counter the threat from above. This gave rise to a myriad of proposed anti-bomber designs - "Zerstorer" or "bomber Destroyers" - equipped specifically for the role. For the storied concern of Messerschmitt, this eventually involved a pair of dedicated projects known simply as "Projekt I" and "Projekt II".

As a high-speed, turbojet-powered proposal, Project II was more or less of conventional design layout with the single-seat cockpit under a largely unobstructed canopy set just aft of the streamlined nosecone assembly. The fuselage was tubular and tampered at both ends in typical fashion. The mainplanes were positioned at midships, mid-mounted, and swept backwards for aerodynamic efficiency at the high speeds required of this aircraft. Assumed to be powered by at least one turbojet engine, the housing for this primary unit was to be in the middle-aft section of the fuselage, aspirated by side-mounted intakes integrated to the wing roots and exhausted through a standard ring at the aft-end of the aircraft. However, the appearance of exhausts also at the wing trailing edges (at/near the wing roots) also implies a multi-engine concept at play here - as many as three turbojets could have been considered for this single design. Such as arrangement would have satisfied the high-speed requirements of an interceptor-type warplane though at the expense of limited operational range and overall eight. A wholly-retractable tricycle undercarriage provided the means for ground-running actions while keeping intact the aerodynamic function of the aeroplane.

One of the most intriguing design elements of Projekt II was its tailplane arrangement in which a "T-style" unit was used. However, in the Projekt II study, the vertical section of tailplane was swept-forward and the horizontal planes were canted upwards giving this bomber destroyer a wholly unique profile. By the time Projekt II was being drawn up (though to be around 1941/1942), the T-style tailplane unit was not proven - but this became a mainstay of many high-speed jet-powered fighters to emerge in the post-war period (the Mikoyan-Gurevich MiG-15 being a prime example of this).

Armament of 2 x 30mm automatic cannons, buried under the nose, is assumed for this Zerstorer attempt - certainly enough to bring down American B-17s/B-24s and British Lancasters with a single burst.

Beyond this, there is little known of the interceptor in regards to its estimated performance and structural dimensions. All values on this page are estimates on the part of the author.©MilitaryFactory.com
Note: The above text is EXCLUSIVE to the site www.MilitaryFactory.com. It is the product of many hours of research and work made possible with the help of contributors, veterans, insiders, and topic specialists. If you happen upon this text anywhere else on the internet or in print, please let us know at MilitaryFactory AT gmail DOT com so that we may take appropriate action against the offender / offending site and continue to protect this original work.
Advertisements

monoplane / mid-mounted / swept-back
Monoplane
Design utilizes a single primary wing mainplane; this represent the most popular mainplane arrangement. Mid-Mounted
Mainplanes are mounted along the midway point of the sides of the fuselage. Swept-Back
The planform features wing sweep back along the leading edges of the mainplane, promoting higher operating speeds.
(Structural descriptors pertain to the base Messerschmitt Zerstorer Projekt II production variant)
Installed: 3 x Turbjet engines of unknown make, model, and thrust output.
(Showcased performance specifications pertain to the base Messerschmitt Zerstorer Projekt II production variant. Performance specifications showcased above are subject to environmental factors as well as aircraft configuration. Estimates are made when Real Data not available. Compare this aircraft entry against any other in our database or View aircraft by powerplant type)
ASSUMED:
2 x 30mm internal automatic cannons under the nose. 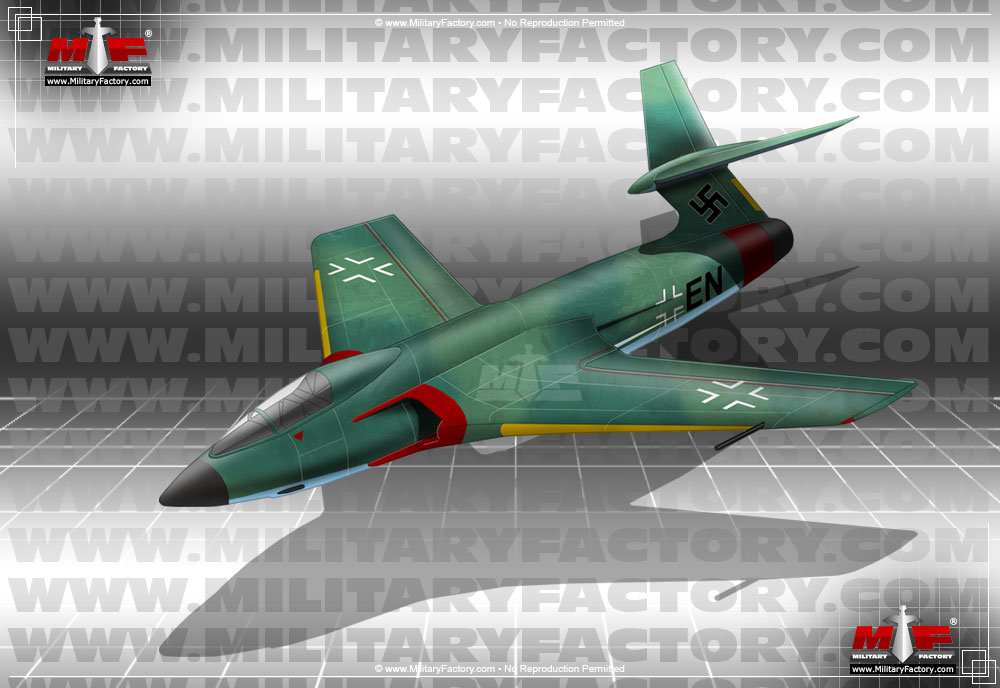