Focke-Wulf of Germany sought a way to mate a fighter airframe with the bomber-oriented Junkers Jumo 222 engine- the concept coming to nothing. 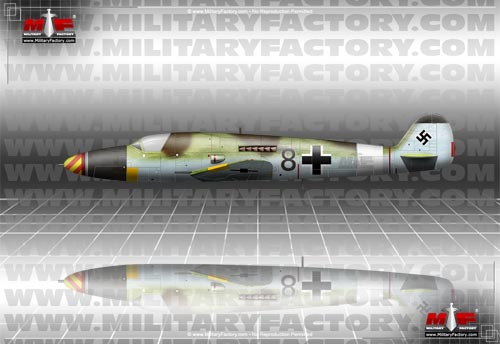 In 1939, German aircraft and aero-engine manufacturer Junkers ran its Jumo 222 for the first time. The design was a multi-bank, high-performance inline piston engine intended for medium-to-heavy strategic-level bomber aircraft much needed by the Luftwaffe as World War 2 grew in its scope. Indeed, before the end, the powerplant was the centerpiece for the short-lived Junkers Ju 288 strategic bomber (22 examples produced) as well as the Focke-Wulf Fw 191 prototype medium bomber (3 examples produced). At any rate, the engine failed to make the sort of splash required of it in wartime and manufacture of the powerplant ended with just 298 units being completed (this across seven distinct variants).

Nevertheless, this bomber-oriented engine caught the attention of famous Focke-Wulf engineer Kurt Tank, designer of the Fw 190 single-seat, single-engine fighter and its successors. Tank began looking into ways to employ the new, untested Jumo 222 in a heavy fighter design. The inherent performance and power offered by the promising engine, mated to an effective airframe, had the makings of an excellent interception platform.

Early work on the idea looked at coupling the engine with the existing frame of the Fw 190 fighter but this initiative fell to naught. In 1942, company engineers looked to revitalize the idea by generating an all-new airframe around the engine. The resulting project, as well as its intended engine, was started and stopped multiple times between then and the end of the war in 1945 - but before it's official end, Focke-Wulf had fleshed out a promising fighter/interceptor concept centered on the Jump 222C/D engine models - these rated up to 3,000 horsepower during take-off.

The fighter, designated Fw "Jumo C/D" for the purposes of this article, borrowed the proven arrangement of the American wartime Bell P-39 "Airacobra" which seated its inline piston engine aft of the cockpit driving the nose-mounted propeller by way of a shaft running under the cockpit floor. The Jumo engine was placed at midships with the cockpit forward and a short nose assembly tapered to an oversized spinner driving a four-bladed, 14.5 foot diameter propeller unit.

The mainplanes were straight in their general form, though with slight tapering of the leading edge, and low-mounted along the sides of the fuselage and completed with rounded tips. The fuselage extended aft towards the empennage which carried a rounded vertical tail fin and low-mounted horizontal planes. Ground-running would be accomplished by a three-wheeled tail-dragger arrangement with the main legs retracting inwards under the wings and the tail wheel supporting the extreme aft end of the aircraft.

The engine's placement aft of the pilot led to a raised dorsal line which restricted views to the absolute rear of the fighter - a detrimental quality in combat. However, the size and fuel requirement of the engine necessitated such design choices. Exhaust ports were positioned to either side of the fuselage at midships (as seen in the P-39) with smallish air scoops also identified along the sides.

Proposed armament included a single 30mm MK 103 series automatic cannon set up to fire through the propeller hub - similar in its function to the P-39 as well as the Messerschmitt Bf 109. 2 x Mk 108 automatic cannons would be seated at the wing roots, one gun per root, giving the fighter considerable firepower against any foe of the day.

Still another alternative fit was to involve 2 x 30mm Mk 103 cannons at the fuselage with 4 x 20mm MG 151 cannons in the wings. Again, 30mm Mk 108 cannons could take the place of the wing-mounted weapons.

In the fighter-bomber role, it was intended that the aircraft carry either 1 x 2,200lb bomb under fuselage centerline or a single 1,100lb bomb under each wing member.

Dimensions of the proposed fighter included a running length of 40.7 feet with a span of 37.8 feet and a height of 13.3 feet. Estimated weights included an empty rating of 9,500lb and a take-off rating of 14,000lb. Estimated performance from the Jumo 222 and the proposed airframe included a maximum speed near 465 miles-per-hour with a service ceiling reaching 35,000 feet.

Despite all this, the Fw Jumo 222C/D fighter/interceptor concept amounted to nothing as Germany's war fortunes deteriorated with each passing month - leading to its capitulation in May of 1945 and the formal end of the war in Europe shortly thereafter.©MilitaryFactory.com
Note: The above text is EXCLUSIVE to the site www.MilitaryFactory.com. It is the product of many hours of research and work made possible with the help of contributors, veterans, insiders, and topic specialists. If you happen upon this text anywhere else on the internet or in print, please let us know at MilitaryFactory AT gmail DOT com so that we may take appropriate action against the offender / offending site and continue to protect this original work.
Advertisements

(Showcased performance specifications pertain to the base Focke-Wulf Fw Jumo 222C/D production variant. Performance specifications showcased above are subject to environmental factors as well as aircraft configuration. Estimates are made when Real Data not available. Compare this aircraft entry against any other in our database or View aircraft by powerplant type)
PROPOSED:
1 x 30mm MK 103 automatic cannon firing through the propeller hub.
2 x 30mm MK 108 automatic cannons in wings (one gun per wing). 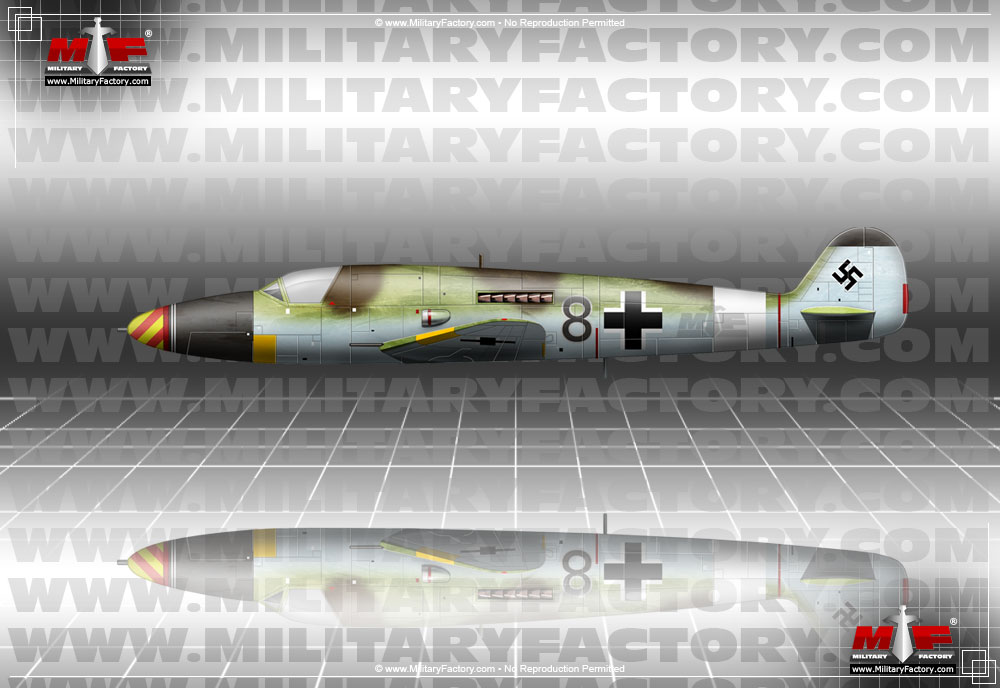