The Blohm and Voss Ha 139 seaplane entry held limited value to a rearming Germany in the period prior to, and leading up to, World War 2.

Authored By: Staff Writer | Last Edited: 07/01/2019 | Content ©www.MilitaryFactory.com | The following text is exclusive to this site. 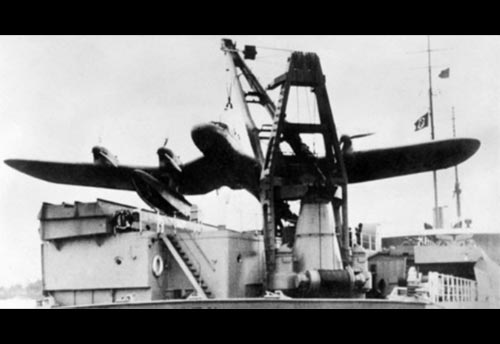 Throughout the 1930s, the rebuilding German aero-industry took on new life and this allowed long-suffering concerns to ply their trade in what was once viewed as a German field of expertise. For long-time shipbuilder Blohm & Voss (BV), the time was right to branch out into aircraft-making (with a focus on metal-skinned types) and this led to the "Hamburger Flugzeugbau" concern being set up as an offshoot to the brand in 1933. From a business standpoint, this coincided rather conveniently with the rise of the Nazi Party which looked to rearm a beleaguered German military despite the restrictions set upon it by the Treaty of Versailles after World War 1 (1914-1918).

Blohm & Voss flew, for the first time, its "Ha 139" seaplane in October of 1933. This design utilized a well-streamlined fuselage with stepped cockpit, low-mounted inverted "gull wing" mainplanes (inboard anhedral, outboard dihedral sections being used), and a four-engined layout - each wing fitting two powerplants. To this was added twin floats so the aircraft could make its living on the water. The tail unit utilized a split vertical fin arrangement set upon a shared horizontal plane sat atop the fuselage and braced by struts.

At the time of its operation, the Ha 139 became one of the largest active seaplanes in the world showing the Blohm & Voss expertise with all things waterborne.

The program began with the "Project 15" design, this evolving in name to become the Ha 139. This then led to the Ha 139 V1 prototype carrying the "Norwind" name. Then came the Ha 139 V2 known as "Nordmeer". Finally, the Ha 139 V3 offering came online under the name of "Nordstern" and this entry differed in having a greater wingspan with larger surface area as well as revised engine installations. V3 entered service with Deutsche Luft Hansa for a short time as the "Ha 139B".

The "Project 20" design was a reconnaissance-bomber derivative proposed to the German Air Ministry before the war but garnered little interest.

The Ha 139 was not developed to any Luftwaffe military requirement of the time but rather a long-range, trans-Atlantic mail/cargo route and flew in this manner for carrier Deutsche Luft Hansa from the period of 1937 until 1939 - the official start of World War 2 (1939-1945). With the company, the aircraft was operated under the Ha 139B designation. However, with the arrival of the Second World War, everything changed and all manner of aircraft were thrown into Luftwaffe service in various roles - including the Ha 139. The same Ha 139B operating with Deutsche Luft Hansa was taken into service and reworked to a military specification under the "Ha 139/Umbau" designation with changes to include an all-glazed nose section for better viewing and a 7.92mm machine gun and further 7.92mm machine gun installations about the fuselage (one along the dorsal fuselage line and single mountings at each side rear section of the fuselage) for self-defense. This same aircraft was then reworked, again, for the minesweeping role - given a magnetic sensor for over-water operations.

The Ha 139B/Umbau, as finalized, carried a crew of four to five men and had a length of 65.9 feet, a span of 96.8 feet, and a height of 15.8 feet. Empty weight reached 23,000lb with an MTOW of 42,000lb. Power was from 4 x Junkers Jumo 205C 6-cylinder, opposed diesel-fueled piston engines, each used to drive three-bladed, all-metal variable-pitch propeller units and providing up to 600 horsepower at take-off. Performance specifications went on to include a maximum speed of 180 miles-per-hour, a cruising speed near 150 mph, a ferry range out to 2,860 miles, and a rate-of-climb of 560 feet-per-minute.

Before the end, just three Ha 139 aircraft were actually completed in either prototype, modified prototype, or finalized in-service forms. Their service to the Luftwaffe appears short-lived and the line was evolved with little success into a land-based form - the Ha 142 / Bv 142 (detailed elsewhere on this site), just four of these being produced after introduction in 1940.
Advertisements 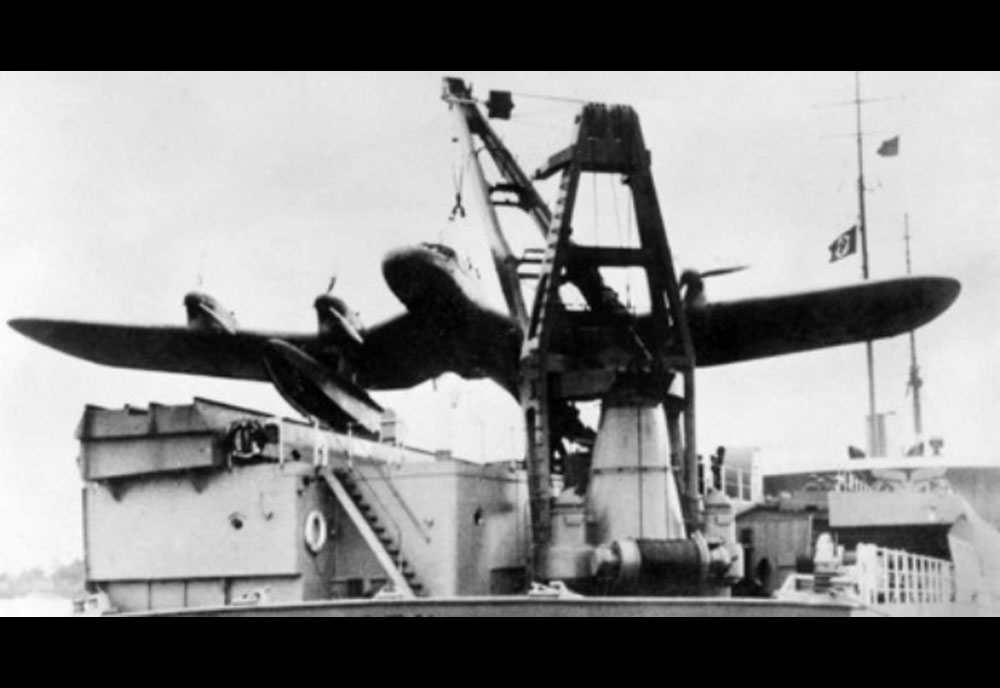