Fewer than 100 examples of the Caudron-Renault CR.710 Cyclone monoplane fighter series were built during World War 2 - seeing service with France, Poland, and Finland.

Authored By: Staff Writer | Last Edited: 01/11/2019 | Content ©www.MilitaryFactory.com | The following text is exclusive to this site. 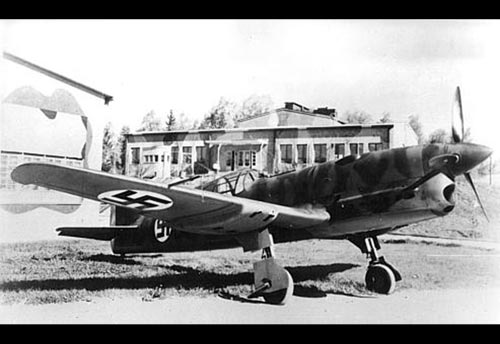 By the time of World War 2 (1939-1945), the French aero-concern of Caudron was no stranger to making airplanes. It began formal operations back in 1909 and went on to produce a healthy stable of aircraft types to see service in the First World War (1914-1918). Fast-forward to 1933 and the company was acquired by Renault to begin operations under the name of "Caudron-Renault" and this covered successive designs that led up to the German occupation of France in 1940. One product of this brand label during the pre-war/wartime period became the "CR.710" - a sleek racer-like single-seat, single-engine monoplane fighter of all-modern design.

In the lead-up to its war with neighboring Germany, the French Air Force made an attempt to modernize its fighting capability and this resulted in designs such as the CR.710 coming to the forefront in 1936. Like other powers of the day, thought turned to developing an "economically-minded" fighter which was to rely on wood for much of its construction as wood prove more readily available and much cheaper to build with. The CR.710 competed against the likes of the ANF-Mureaux 190 design and the French air ministry saw enough of the Caudron-Renault offering to contract for three prototypes. Its design was attributed to one Marcel Riffard.

The CR.710 - or "Cyclone" as it was also known - flew for the first time on July 18th, 1936 and was powered by an in-house Renault 12R-01 (paired Renault 6Q) supercharged inverted V12 air-cooled engine of 500 horsepower. This was fitted to the nose and drove a three-bladed propeller in "puller" arrangement. The cockpit was set well-behind the long-running nose and a unique framing arrangement attempted to provide the pilot with good vision out-of-the-cockpit. The fuselage tapered towards the tail in a traditional way and was capped by a well-rounded vertical fin along with mid-mounted horizontal planes. The undercarriage was of typical "tail-dragger" configuration though fixed in flight. The main legs were spatted for aerodynamic efficiency.

On the whole, the look of this aircraft was reminiscent of the speedy racers consistent with the 1930s period - sleek, slim and of a well-contained profile. This is owed to the fact that the CR.710 was derived from the Caudron "Coupe Deutsch" racing monoplane where performance was key (though not so much military combat flying). As a combat platform, the CR.710 was outfitted with 2 x 20mm Hispano-Suiza HS.9 autocannons contained in underwing pods, one gun to a wing.

In testing from 1937 onward, the CR.710 prototype was able to reach speeds of nearly 295 miles-per-hour and progressive updates to the engine fit produced the "CR.711" and "CR.712" designations. Next arrived the "CR.713' and this form came complete with a retractable undercarriage and revised, squared-off rudder. It took to the air for the first time on December 15th, 1937 and went on to forge the production-minded "CR.714" (both the CR.710 and CR.713 prototypes were lost in crashes in February 1938).
Advertisements

The CR.714 recorded its first-flight (formally as the "CR.714.01") on July 6th, 1938 with changes that included a switch to 4 x 7.5mm MAC 1934 series medium machine guns in the wings as standard armament (from the original twin underwing cannons). The weapons system was added to the flyable design in November of 1938 and, as soon as November 5th, French authorities placed an order for twenty of this mark and held on to a future option for 180 more units. The first example was unveiled on June 10th, 1939 and included changes to the landing flaps (now with reduced chord), the wing members (now with reduced camber), and a Renault 12R-03 engine (which permitted greater maneuvers at-speed).

The French Air Force was ultimately not impressed with the CR.714 so the aircraft (and its production units) was passed on to Finland which found itself in desperate need for a modern monoplane fighter (the Soviets had invaded on November 30th, 1939 to spark the "Winter War"). Eighty were planned for the transition to Finland but just six ultimately made the journey and none were to see formal combat operations against the Soviets. Two Polish fighter-training squadrons of the Polish Air Force-in-Exile also received the type and the service managed to fly these examples under operational conditions during the war.

Beyond the CR.714, which was the only version of the CR.710 lot to make it to any sort of meaningful production, their proved other related offshoots/variants of the line. The "CR.720" was proposed as a dedicated trainer form set to carry a down-rated engine of just 100 to 220 horsepower while the "CR.760" was to be developed with the Italian Isotta-Fraschini "Delta" engine of 750 horsepower output. This version flew for the first time in May of 1940 but was destroyed by its handlers ahead of the German advance. The "CR.770" became another proposed offshoot of the line and this model carried a Renault Model 626 16-cylinder engine of 800 horsepower. This entry flew for the first time in November of 1939 but, again, the example was destroyed by the French ahead of the Germans advance.

The ultimate form of the Cyclone series fighters was to become the "CR.780". It was slated to carry a Renault Model 468 series 12-cylinder engine of 500 horsepower driving a pair of three-bladed propeller units in contra-rotating fashion. Proposed armament centered on 2 x Hispano-Suiza HS.404 autocannons coupled with 2 x 7.5mm MAC 1934 machine guns. The CR.780 never made it beyond Caudron-Renault drawing boards.

In all, between 60 to 90 of the CR.710 fighter family were actually built. The last examples were flown by Finland into 1941.
Advertisements

(Showcased performance specifications pertain to the Caudron-Renault CR.714 Cyclone production variant. Compare this aircraft entry against any other in our database or View aircraft by powerplant type)
ORIGINAL (CR.710 - CR.713):
2 x 20mm Hispano-Suiza HS.9 autocannons in underwing pods one pod per wing).

General Assessment
Firepower
Performance
Survivability
Versatility
Impact
Values are derrived from a variety of categories related to the design, overall function, and historical influence of this aircraft in aviation history.
Overall Rating
The overall rating takes into account over 60 individual factors related to this aircraft entry.
68
Rating is out of a possible 100 points.
Relative Maximum Speed
Hi: 300mph
Lo: 150mph
This entry's maximum listed speed (286mph). 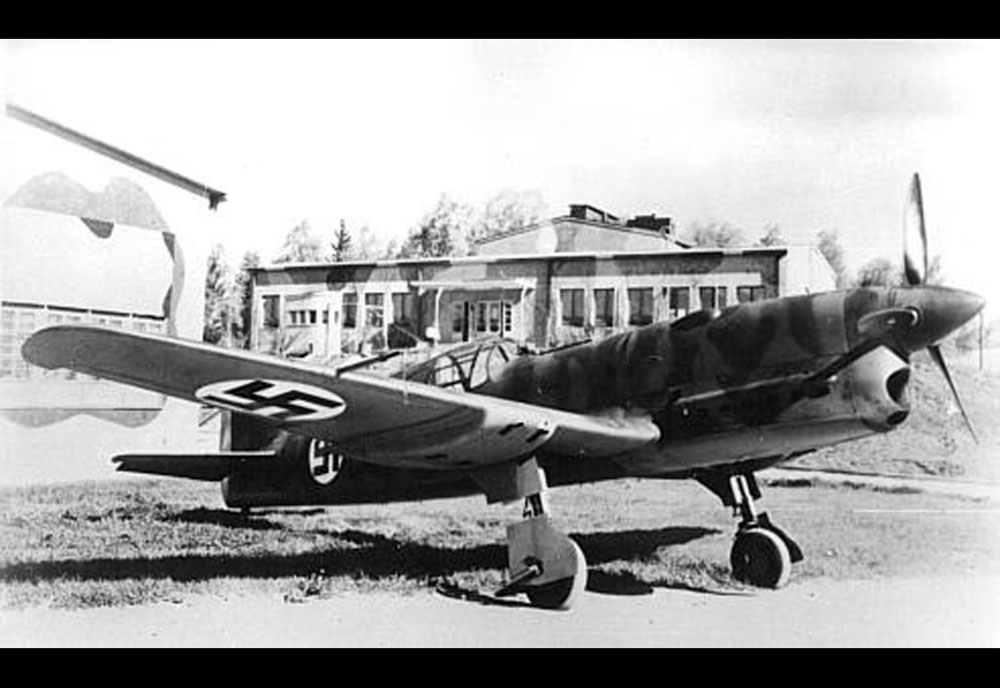