The Armstrong Siskin biplane fighter enjoyed success between wars in service primarily with the United Kingdom and Canada.

Authored By: Dan Alex | Last Edited: 04/20/2020 | Content ©www.MilitaryFactory.com | The following text is exclusive to this site. 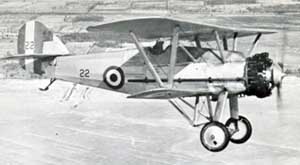 The Armstrong Whitworth Siskin (a siskin being a smallish yellow-tinged finch) was the primary air mount of many-a-Royal Air Force pilot in her heyday. She represented one of the earliest aircraft designs for the British in the post-war world (following World War 1) and became the nation's first "all-metal" fighter. She proved a capable fighter aircraft throughout the 1920's and even stood for a time in the 1930's before being replaced by more modern implements. The aircraft served with a few nations overseas and became a popular acrobatic platform and racer during aviations "golden years" of the 1920's.

Origins of the Siskin can be traced back to the RAF Specification Type 1 requiring the development of a capable single-seat fighter to utilize the overly optimistic ABC Dragonfly radial piston engine of 320 horsepower - a product of ABC Motors Limited ("ABC" standing for "All-British engine Company"). The Dragonfly found its own origins as a product developed in the latter years of World War 1. The powerplant proved optimistic in that it promised to deliver excellent performance to push a new generation of fighters to all-new heights. Unfortunately, the Dragonfly proved quite unreliable and temperamental and performed at levels well below the advertised numbers. The engine was ultimately cancelled when all of its deficiencies could not be ironed out in whole.

The initial Siskin of all-wood construction flew with the ill-fated Dragonfly engine for the first time in May of 1919. The aircraft itself proved a capable mount though the engine left much to be desired. As a result, the Armstrong Siddeley Jaguar of 325 horsepower was selected to replace the Dragonfly in future flights of the Siskin. The new Siskin went airborne on March 20th, 1921.

By this time, the British Air Ministry had made a decision to pursue all-metal fighters for their future needs - the fear being that another war could spell shortages of wood and thusly affect the capability of wood-based fighter production in the UK. As such, the Siskin was redesigned in 1923 to incorporate an all-metal aluminum alloy internal frame. The new design was affixed the designation of Siskin III and flown on May 7th, 1923. The Royal Air Force (RAF) took notice and ordered six such systems for evaluation. Tests were conducted in January of 1924 and proved quite promising to the point that the Siskin III was officially accepted into service with the RAF. The Siskin became the RAFs first all-metal fighter and saw a first-run production total of 64 examples for RAF.
Advertisements

In all, the Siskin existed in only a handful of variants. There were the three Siddeley Deasy S.R.2 Siskin developmental aircraft which was followed two civilian Siskin II prototypes - the second becoming the prototype fighter model. The series took a change for the better with the arrival of the Siskin III, now an all-metal design, of which 64 were produced for the Royal Air Force.

The definitive Siskin became the Siskin IIIA of which some 348 were produced with 340 of these slated for the RAF and the remaining 8 for the Royal Canadian Air Force. The IIIA brought about a longer fuselage with a taller spine as well as a redesigned surfaces. Performance specifications included a top speed of 156 miles per hour, a range of 280 miles, a service ceiling of 27,000 feet and a rate-of-climb of 2,953 feet per minute. Endurance from the supercharged 1 x Armstrong Siddeley Jaguar IV series radial piston engine provided for a good "bump" to performance above 10,000 feet was listed at roughly 1 hour and 12 minutes. The new engine also forced the boxy fuselage to take on a more rounded look. The Siskin IIIA could reach 10,000 feet in just over 7 minutes (7minutes, 5 seconds).

The Siskin IIIB was a one-off experimental prototype fitting an improved engine in a Townend ring. The Siskin IIIDC was a two-seat dual control trainer that was built in 53 examples with deliveries to the RAF, Canada and Estonia. The Siskin IV was a single example civilian racer.

The Siskin V were two airframes used as a civilian design originally intended for delivery to Romania. Romania evaluated the aircraft for their own needs but backed out of a purchase order of 65 examples when their evaluation Siskin crashed killing her pilot. However, cancellation of this contract led to the two production Siskin V's to be used in the popularized air races of the 1920s. A Siskin V won the 1925 King's Cup Race, topping speeds in excess of 151 miles per hour.

Despite her World War 1 appearance, the Siskin was a step forward in UK military aviation design that would directly lead to the fighter designs encountered by the time of World War 2. The air-cooled radial piston engine was fitted to the extreme forward end of the fuselage sans a cowl and powered a two-blade propeller. The fuselage itself, though all-metal throughout her internal structure, was still covered over in tight fabric and was originally slab-sided and boxy in appearance. This later gave way to a more circular design thanks to an all-new engine installation. As a biplane, the Siskin featured an unequal-span upper and lower straight-wing assembly with slight dihedral. Wings were set in a single bay arrangement and featured V-type struts and were further braced to the fuselage via additional struts located just forward of the cockpit.

The cockpit itself was set some ways aft from the powerplant and was an open air affair with nothing but a windscreen and shoulder-height side panels to protect the pilot. Considering this aircraft could hit a ceiling over 20,000 feet, it must have proven a very cold experience for the pilot. The fuselage was capped aft by a conventional empennage featuring a rounded vertical stabilizer and applicable horizontal planes. The undercarriage was fixed in place and consisted of two main single-wheeled landing gear legs complimented by a simple tail skid at the rear.

Armament were 2 x .303 (7.7mm) Vickers brand machine guns synchronized to fire through the spinning propeller via an interrupter gear. These were fitted to the forward fuselage just ahead of the pilot's windscreen. A munitions load was possible for the rugged Siskin airframe and could be made up of 4 x 20lb bombs held externally under the wings (two to a wing).

The Siskin in British service was fielded by No. 1, 17, 19, 23, 24, 25, 29, 32, 41, 43, 54, 56 and 111 Squadrons. No. 41 Squadron was the first to receive the type (in their base Siskin III forms) in May of 1924 operating out of Northolt and No. 111 Squadron followed. The Siskin IIIA was now accepted into service and proved a more-than-capable mount for the RAF up until October of 1932, which saw the aircraft replaced by the much-improved Bristol Bulldog. The Bulldog was yet another all-metal/fabric-covered biplane introduced in 1929. Regardless, the Siskin formed a large part of the RAF fighter arm during her tenure.

In Canadian service, the Siskin flew with No. 1 Squadron. Canada originally evaluated two Siskin III models and ended up ordering 12 IIA systems from 1926 through 1931. The evaluation versions were initially field-tested through two British aircraft on loan in an effort to validate its in-flight operation in a winter environment. Canadian use of the Siskin spanned from 1926 through, astoundingly enough, 1939. The Siskin was finally replaced by the more modern Hawker Hurricane in 1939.
Advertisements

Canada; Estonia; Sweden; United Kingdom
(OPERATORS list includes past, present, and future operators when applicable)
✓ Air-to-Air Combat, Fighter
General ability to actively engage other aircraft of similar form and function, typically through guns, missiles, and/or aerial rockets. ✓ Ground Attack (Bombing, Strafing)
Ability to conduct aerial bombing of ground targets by way of (but not limited to) guns, bombs, missiles, rockets, and the like. 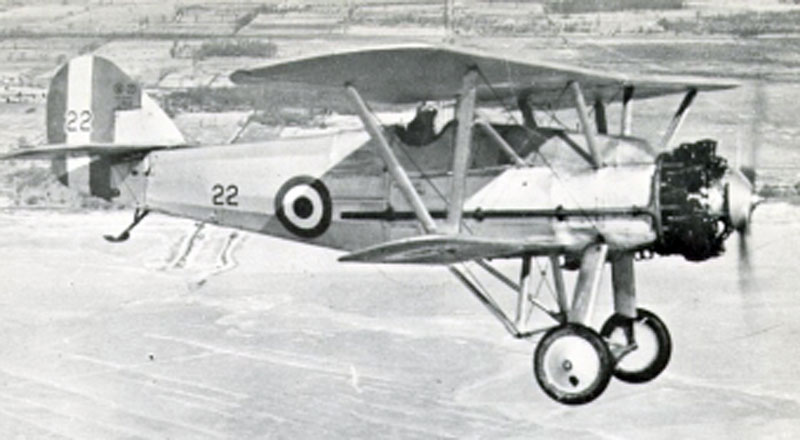 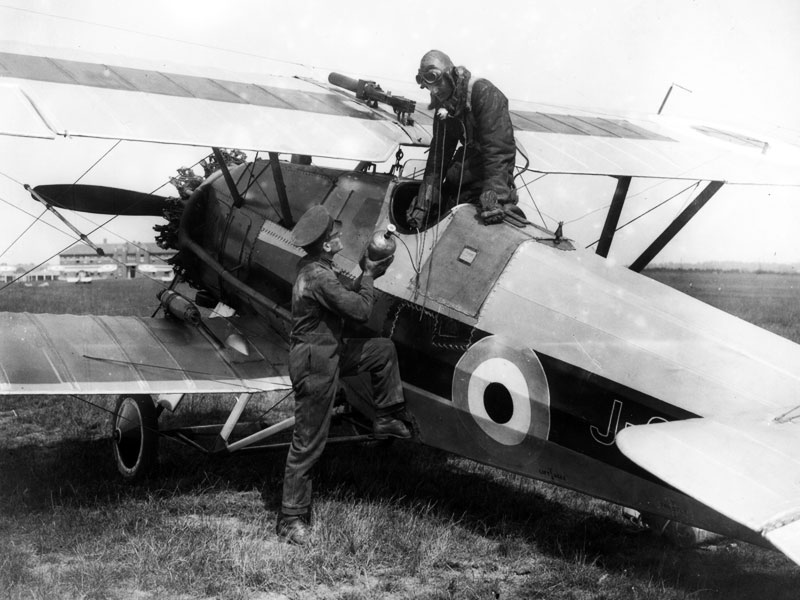 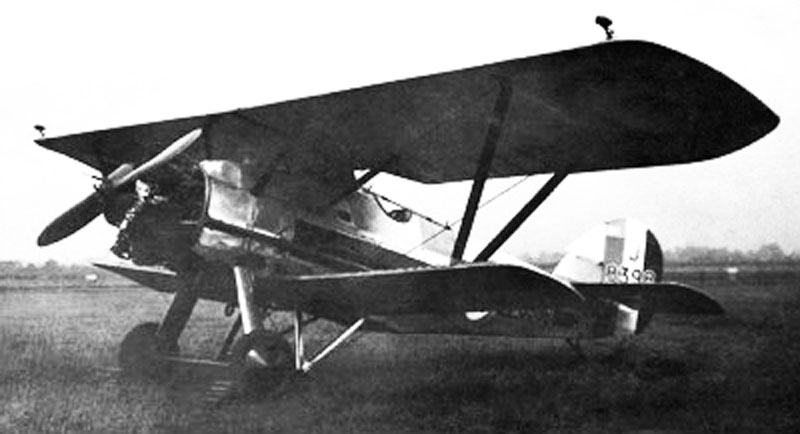 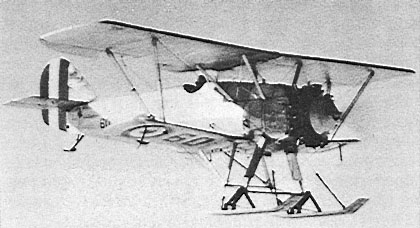