The Republic XP-47H was developed from the D-model Thunderbolt to test the Chrysler XI-2220 series inline engine during World War 2 - it failed to make a mark.

Authored By: Staff Writer | Last Edited: 06/26/2022 | Content ©www.MilitaryFactory.com | The following text is exclusive to this site. 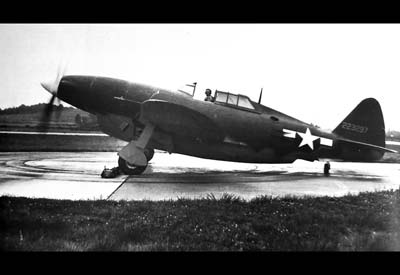 Like many of the American war-winning fighter aircraft of World War 2 (1939-1945), the Republic P-47 "Thunderbolt" was the subject of many experiments, modifications, and offshoots to help extract additional power and performance from the excellent airframe. The P-47D model became the definitive wartime production model and the promising, yet-developmentally troubled, P-47M was limited to just 130 examples before the company moved on the follow-up P-47N - which was given extended fuel stores to better cope with long ranges of the Pacific Theater. More radical conversions were still had between these more notable forms and the XP-47H was a late-war attempt to turn the "Jug" into an inline-engined fast fighter.

The XP-47H was born from two P-47D-15-RA production airframes ("Razorback" models) set aside specifically to test the new Chrysler XI-2220-11 16-cylinder inverted-Vee liquid-cooled inline engine promising up to 2,500 horsepower. These aircraft were pulled from Republic's production line in Evansville, Indiana, a facility set up to help offset the heavy industrial need for Thunderbolts in the American war effort. The H-model more or less retained the form and function of the P-47D but the new, and utterly complex, Chrysler engine installation meant that the rather basic fuselage of the P-47D would need to undergo considerable modification to accept the powerplant.

As a test bed, the fighter was stripped of all of its armament and "military" equipment. Unlike the "open-nosed" air-cooled radial piston engine fitted to the original D-models, the XP-47H was given an all-new forward section shaped around the liquid-cooled inline engine. The nose was very pointed thanks to the spinner which was streamlined with the general shape of the aircraft. The engine drove a four-bladed propeller unit and also caused the nose section to extend noticeably forward of the cockpit - limiting the pilot's forward vision. Under the nose was seated a cooling radiator air scoop designed to draw air as the aircraft reached speed and this gave the revised Thunderbolt a deeper side profile than normal and made a large aircraft appear even larger.

All other physical qualities of the D-model were retained including the elliptical wing mainplanes, single-finned tail unit, and tail-dragger undercarriage (retractable). The pilot sat at midships underneath a heavily-framed canopy which slid back on side rails. The raised fuselage spine of the Razorback Thunderbolts limited views to the critical rear of the aircraft - later remedied by the introduction of a bubble-style canopy design during the war.

The Chrysler inline proved more trouble than it was ultimately worth and delays incurred on that project naturally delayed the XP-47H program. As such, the H-model's prototype did not go airborne until July of 1945 and even then the intended axial flow supercharger tied to the engine was not in a ready state so a General Electric CH-5 turbosupercharger unit was substituted in its place.

With the program slowly progressing, engineers were optimistic for a maximum speed of around 490 miles per hour - making the H-model one of the fastest piston-engined fighters of the war. However, testing soon revealed that the XP-47H was a dead-end project - doomed by its troublesome engine, spotty development successes, and the end of the war in the Pacific come August 1945. During testing, the H-model recorded a maximum speed of 414 miles per hour, far short of the expected performance gains - and this without weaponry or military equipment fitted.

The project was eventually dropped by Republic despite the high investment already put into the fighter.©MilitaryFactory.com
Note: The above text is EXCLUSIVE to the site www.MilitaryFactory.com. It is the product of many hours of research and work made possible with the help of contributors, veterans, insiders, and topic specialists. If you happen upon this text anywhere else on the internet or in print, please let us know at MilitaryFactory AT gmail DOT com so that we may take appropriate action against the offender / offending site and continue to protect this original work.
Advertisements

(Showcased performance specifications pertain to the base Republic XP-47H Thunderbolt production variant. Performance specifications showcased above are subject to environmental factors as well as aircraft configuration. Estimates are made when Real Data not available. Compare this aircraft entry against any other in our database or View aircraft by powerplant type)
None. Original Thunderbolt D-model armament and military equipment stripped.


(Not all ordnance types may be represented in the showcase above)
XP-47H - Two prototype aircraft developed from the P-47D-15-RA production form.

General Assessment
Firepower
Performance
Survivability
Versatility
Impact
Values are derrived from a variety of categories related to the design, overall function, and historical influence of this aircraft in aviation history.
Overall Rating
The overall rating takes into account over 60 individual factors related to this aircraft entry.
20
Rating is out of a possible 100 points.
Relative Maximum Speed
Hi: 500mph
Lo: 250mph
This entry's maximum listed speed (414mph). 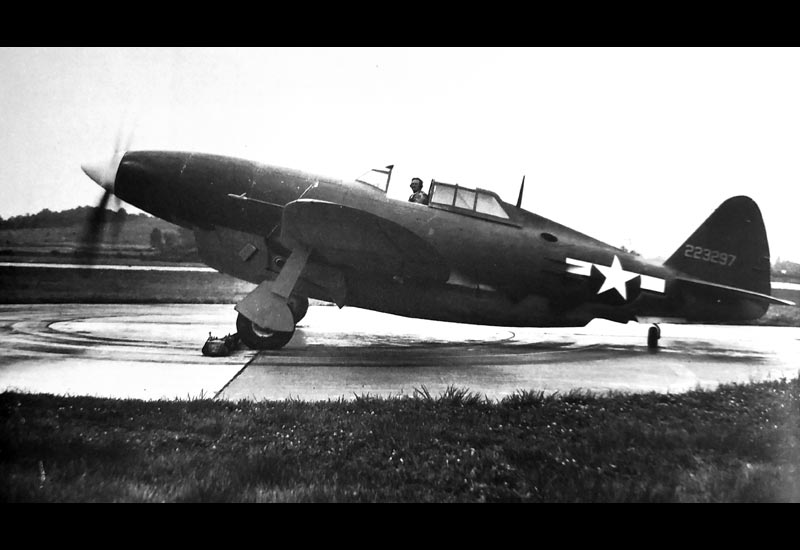