The Caproni Vizzola F.6 monoplane fighter of the World War 2 period existed in two unsuccessful developments - the F.6M and the F.6Z models.

Authored By: Staff Writer | Last Edited: 06/08/2018 | Content ©www.MilitaryFactory.com | The following text is exclusive to this site. 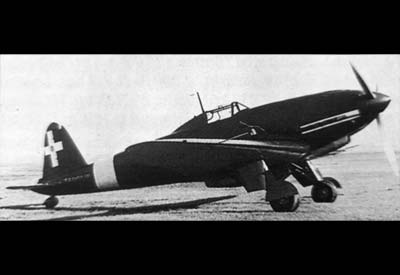 The Caproni Vizzola line of "F" fighters was led by the late-1937 initiative "F.4" model. This was an all-modern monoplane fighter seating one and armed with twin heavy machine guns while powered by an inline piston engine. The subsequent "F.5" utilized the same airframe and armament but went the route of an air-cooled radial piston engine for its power. The former only lasted as a single prototype tested into 1942 while the latter achieved pre-series production but, itself, only totaled fourteen aircraft in all (including two prototypes). These were, however, fielded as night-fighters with an Italian squadron during the middle of World War 2 (1939-1945) for their part in the conflict.

All of this work led the company to establish the "F.6", a similarly-minded fighting monoplane. It shifted to a liquid-cooled inline engine once the German DB605's became available to Italy but was more or less a continuation of both the F.4 and F.5 lines. The F.5 made up its airframe and the powerplant of choice became the DB605A V-12 inverted piston engine of 1,474 horsepower driving a three-bladed propeller unit at the nose. The wing mainplanes were redesigned and completed as all-metal members for added strength, unlike the wooden ones used in the F.5. Again, armament was a modest load-out of just 2 x 12.7mm Breda-SAFAT heavy machine guns, these fitted to the nose, while a pair of guns could be added to the wings (one per wing).

The revised aircraft was designated as "F.6M" and, in prototype form, the product achieved a first-flight in September of 1941. Its chin-mounted radiator was found to generate significant drag during flight so this structure was modified and repositioned closer to midships (at the belly, aft of the cockpit floor). This prototype was actively tested until a collision at Bresso and given up for good thereafter - Caproni looking to further the promising F.7 fighter instead (detailed elsewhere on this site).

The F.6Z was an offshoot of the F.6 fighter project and developed in parallel with the F.6M, though started only after the M-model gained traction. This model switched to the Isotta-Fraschini "Zeta" R.C.25/60 24-cylinder X-type engine rated near 1,500 horsepower and proposed armament became 3 x 12.7mm Breda-SAFAT heavy machine guns with one per wing and a single mounting in the forward fuselage / nose section area. The Z-model was delayed by engine issues and not flown for the first time until August of 1943 with a downrated (1,200hp) Zeta powerplant. With the Italian surrender arriving in September of that year, all development work on the F.6Z was abandoned in turn.
Advertisements

General Assessment
Firepower
Performance
Survivability
Versatility
Impact
Values are derrived from a variety of categories related to the design, overall function, and historical influence of this aircraft in aviation history.
Overall Rating
The overall rating takes into account over 60 individual factors related to this aircraft entry.
24
Rating is out of a possible 100 points.
Relative Maximum Speed
Hi: 400mph
Lo: 200mph
This entry's maximum listed speed (354mph). 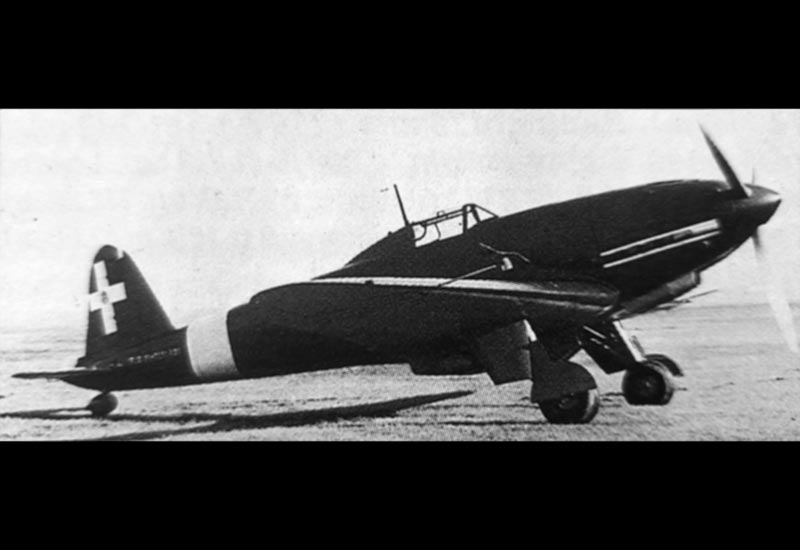