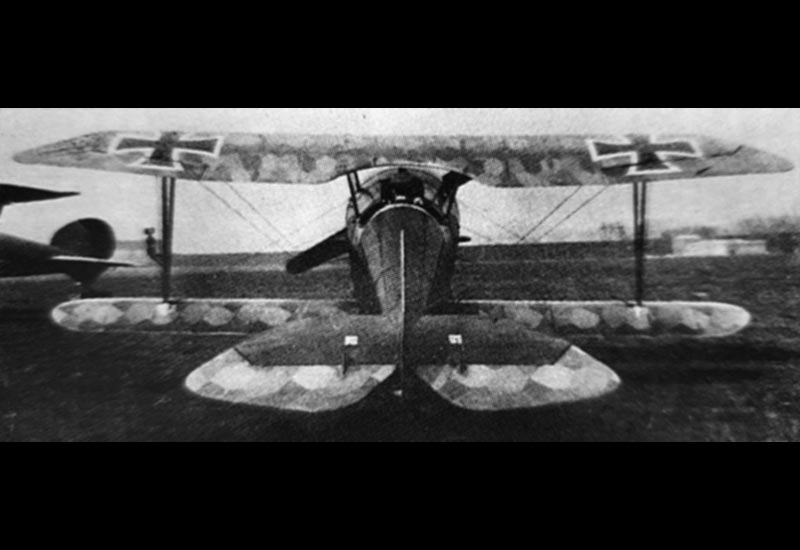 The Kondor D.I of German Empire origination failed to meet performance expectations and was redrawn to become the D.II fighter prototype for the company.

Authored By: Staff Writer | Last Edited: 07/31/2019 | Content ©www.MilitaryFactory.com | The following text is exclusive to this site.
The Kondor D.I (unofficially named the "Kondorlaus") was a twin-gunned, single-seat prototype biplane fighter developed by the German Empire concern of Kondor Flugzeugwerke during World War 1 (1914-1918). The aircraft was developed alongside Kondor's other offering, the triplane-equipped "Dreidecker". Tested in 1917, the D.I was found to be lacking performance and was eventually evolved into the D.II prototype by the company. The designs were credited to Walter Rethel and Paul G. Ehrhardt.

The biplane wing arrangement in the D.I was of unequal span, meaning that the upper section was longer in span than the lower. A single bay was set to each side of the fuselage and V-type struts added strength to each wing element (as did the usual cabling). The fuselage held the engine at the nose in typical fashion, a single-seat open-air cockpit, and a tapered aft-end. The tail unit was conventional with its single vertical plane and low-set horizontal planes. The undercarriage was of the typical "tail-dragger" type for ground-running. Power was supplied by a single Gnome-Monosoupape rotary engine developing 100 horsepower and driving a two-bladed propeller unit at the nose. Proposed armament for the fighter was to become 2 x 7.92mm LMG 08/15 machine guns with up to 500 rounds of ammunition carried aboard.

In Autumn of 1917, the aircraft was put through its paces through the requisite trials but was soon found to be an underperforming machine, resulting in the D.I being taken back to the drawing boards and reemerging to become the Kondor D.II (detailed elsewhere on this site).