The Renard Brothers attempted to satisfy a Belgian Air Force fighter requirement of the late-1920s with their Sparrowhawk design - it was not successful.

Authored By: Staff Writer | Last Edited: 05/08/2018 | Content ©www.MilitaryFactory.com | The following text is exclusive to this site. 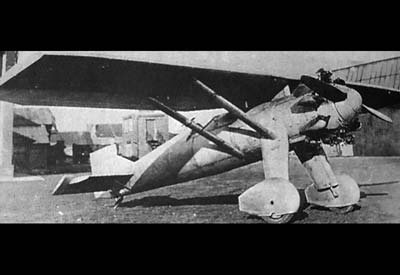 Belgian aero-industry has featured few notable indigenous aircraft designs when compared to neighboring European defense powers like France, Germany, and the United Kingdom. The Renard Epervier ("Sparrowhawk") was a local interwar attempt at designing a modern, all-metal single-seat monoplane fighter. Developed to compete against a government-funded contract for such an aircraft, it sadly never evolved beyond several prototype forms for a foreign design was adopted in its place.

Design work on the aircraft was headed by brothers Georges and Alfred Renard with the original model intended fit the Hispano-Suiza Model 12J 12-cylinder V-type liquid-cooled inline piston engine. The engine was installed at the nose section in the usual way. The wing mainplanes were straight and shoulder-mounted with twin struts originating from the lower fuselage used to reinforce their span. The wings were positioned just ahead of the cockpit which itself was open-air and seated a sole pilot. The fuselage then tapered rearwards to where the conventional single-finned tail unit was fitted. The "tail-dragger" undercarriage was fixed in flight and wheeled at the main legs, a tail skid used to bring up the rear during ground-running. The legs and wheels were faired over to help reduce drag - a common practice seen in many of the interwar aircraft preceding World War 2 (1939-1945).

As a combat fighter, the Renard design was to be outfitted with the typical period armament of 2 x 7.62mm air-cooled machine guns in fixed, forward-firing mounts synchronized to fire through the spinning propeller blades. This was to give it ample firepower against contemporary foes.
Advertisements

As the 12J engine ultimately proved too difficult to come by, the Renards decided to equip their new fighter with the alternative Gnome-Rhone "Jupiter VI" series 9-cylinder air-cooled radial piston engine which promised an output of 480 horsepower. The prototype featuring this powerplant was completed by Stampe et Vertongen and designated as "Epervier Type 2".

The aircraft achieved its monumental first-flight during 1928 but lived a short test life for it was lost when it could not recover from a flat / unrecoverable spin - resulting from dominant yaw axis / side-slip. A second prototype was constructed in its place as the "Epervier Type 2bis" and engineers took this time to introduce reworked landing gear fairings and revised spats as well as streamlined cylinder shrouds. This model was constructed by Societe Anonyme Belge de Constructions Aeronautiques (SABCA).

The new prototype went airborne for the first time during 1930 and competed openly against other types for the Belgian Air Force contract. However, it did not impress enough and was passed on in favor of the Fairey "Firefly II" biplane fighter of British origin.

Despite the defeat, a third prototype - the "Renard Epervier Type 3" - was built and ultimately tested by the Belgian Air Force itself. This mixed-construction offering was differentiated from the previous forms by its Rolls-Royce "F" engine of 480 horsepower and an all-new wing. However it served little beyond an evaluation product and was not adopted at any level.

The Renards continued their work in the field which resulted in several more pre-war types including the R-36, R-37, and R-38 monoplane fighters. None of these aircraft succeeded in their attempts - namely due to foreign competition or the German invasion and subsequent occupation of Belgium in World War 2.
Advertisements

(Showcased performance specifications pertain to the Renard Epervier Type 2bis production variant. Compare this aircraft entry against any other in our database or View aircraft by powerplant type)
PROPOSED:
2 x 7.7mm machine guns in fixed, forward-firing mounts synchronized to fire through the spinning propeller blades. 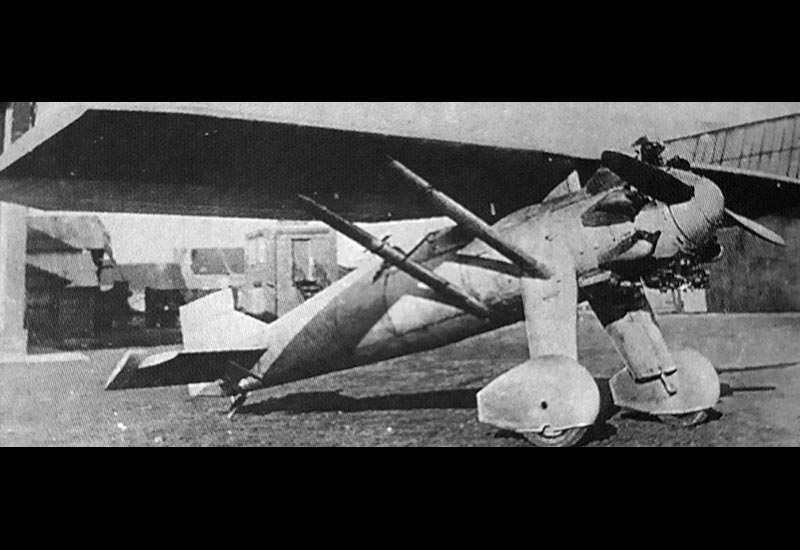