The German invasion of the Soviet Union in June of 1941 ended all hopes for the interesting Moskalev SAM-13 fighter project.

Authored By: Staff Writer | Last Edited: 01/18/2019 | Content ©www.MilitaryFactory.com | The following text is exclusive to this site. 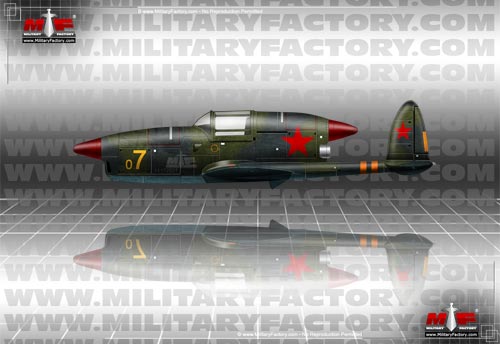 The Moskalev SAM-13 appears to have been directly - or at least heavily - influenced by the Dutch pre-World War 2 Fokker D.XXIII single-seat tandem engine fighter (detailed elsewhere on this site). While the D.XXIII was being developed in the late 1930s, the Soviet offering first appeared around 1940. it was of very similar design layout, seating its crew of one under a framed canopy with raised dorsal spine to his rear and fitting its twin engine arrangement in a front-and-rear configuration. Similarly a retractable tricycle undercarriage was featured for ground running as was a twin-tailboom layout. However, the Soviet version was of smaller dimension and therefore lighter in weight while being powered by a lower-rated engine. it never went beyond the prototype stage.

The SAM-13 made a pair of Renault-Benghazi MV-6 six-cylinder air-cooled engines its choice powerplant and these were rated at 220 horsepower each while driving three-bladed propeller units. Armament centered on 2 x 7.62mm machine guns mounted in the forward fuselage and synchronized to fire through the spinning propeller blades at the nose and each tailboom was also to carry a 7.62mm machine gun weapon. Dimensions of the proposed fighter included a length of 7.7 meters, a wingspan of 7.3 meters and a height of 3.8 meters.

The arrangement of the aircraft held the fuselage at center with the wing mainplanes running under the aft end of the structure. The wings were rounded and tapered towards their tips. The boom assemblies began at each wing leading edge and extended beyond the trailing edges. At the extreme rear of the aircraft the booms were joined by a single horizontal stabilizer and each boom was given a small-area vertical fin. Taken side-by-side, it was clear that the SAM-13 was different from the Dutch offering at least in size and specific shaping - however, there were undoubtedly many similar physical characteristics.

The SAM-13 was tested to speeds of 323 miles per hour up to an altitude of 19,000 feet. As with the Dutch design, it was found that the air cooling required for the aft engine installation was lacking, leading to overheating issues. However performance was deemed quite good for the twin engine design and the naturally occurring torque effect of a single engine was eliminated by using the two engines.

All of this came to nothing due to the German invasion of the Soviet Union in June of 1941 (Operation Barbarossa). Resources were directed to other warplanes which left the SAM-13 out of the loop and, ultimately, banned to the back pages of military aviation history. Only a single flyable prototype was all that was completed of the SAM-13. The sole prototype was destroyed by its owners as its development facility was abandoned in the hasty Soviet retreat eastwards.
Advertisements 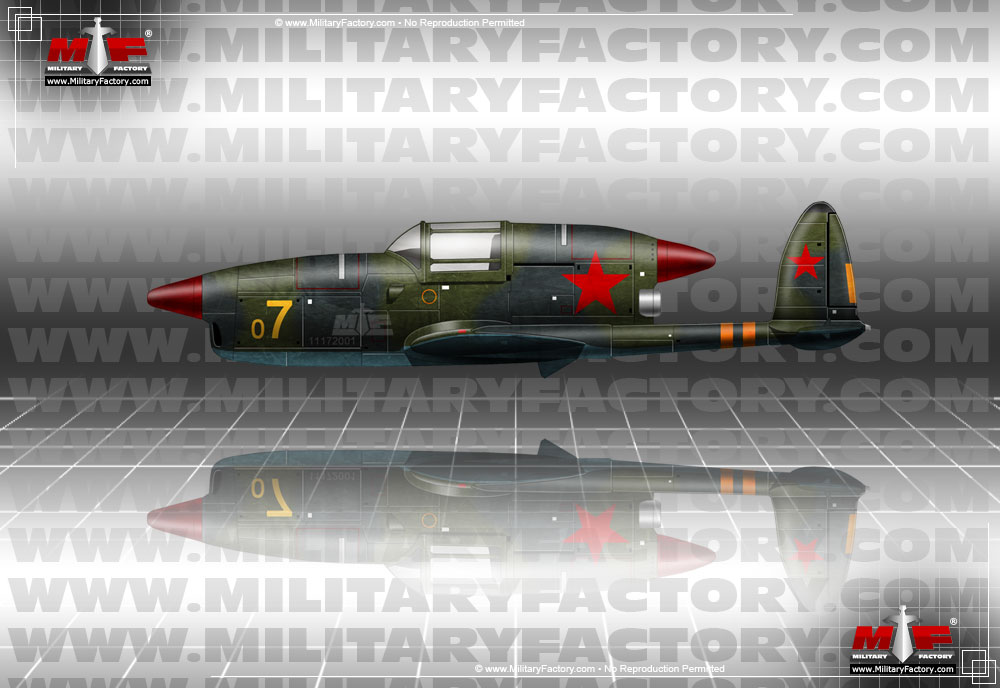