The light utility-minded Robinson R44 has gone on to serve many different sectors since its introduction in 1993 with production having surpassed 5,500 units to date. 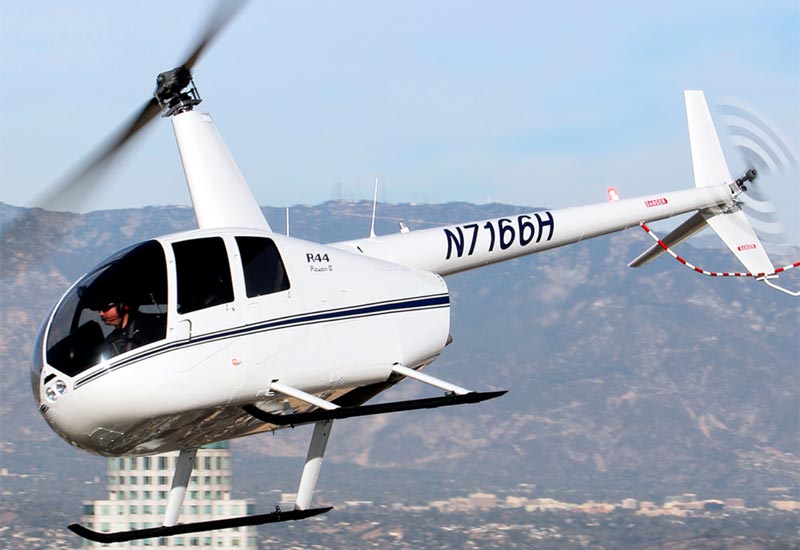 Billed as "The World's #1 Selling Helicopter", the Robinson R44 has been a market success for the Robinson Helicopter Company. Its design is attributed to Frank D. Robinson with work having taken place during the 1980s (it became a further development of the earlier two-seat R22 model). The result is a multi-faceted, light-class, utility-minded helicopter that can count users from all over the globe - from Bolivia and Dominican Republic to the United States and Uruguay. The helicopter serves civilian, police and military markets and its inherent simplicity makes it a prime helicopter trainer. Introduced in 1993, the series has seen production figures reach nearly 6,000 units today (2018).

The R44 retains much of the form and function that made the R22 of 1979 such a success in its own right (4,600 units produced into 2016). It is powered by a single engine which drives a two-bladed main rotor unit and a two-bladed tail rotor unit. The main rotor sits high atop the mast which is housed within a solid structure and measures 33 feet in diameter. The tail rotor faces portside. The undercarriage is a simple twin-skid arrangement allowing for landings on virtually any relatively solid surface. The cockpit seats two in a typical side-by-side arrangement and there is transport space for two passengers (also seated side-by-side). Overall length is 38.2 feet with a height of 10.8 feet. Empty weight is 660lb against an MTOW of 1,135lb.

Drive power (assuming the "Raven II" production form) is from a Lycoming IO-540-AE1A5 6-cylinder fuel-injected engine developing 245 horsepower. This is used to drive both the main rotor over the fuselage and the tail rotor at the rear (the latter via a drive shaft in the tail stem). Maximum speed reaches 150 miles per hour while cruising speeds are generally seen around 130 mph. Range is out to 350 miles on internal fuel and altitudes are restricted to under 14,000 feet.

The related Robinson R66 is a further evolution of the R44 line. This model was introduced in 2007 and has seen production totals reach close to 1,000 by late 2017.
Advertisements

(Showcased performance specifications pertain to the base Robinson R44 production variant. Compare this aircraft entry against any other in our database or View aircraft by powerplant type)
None.