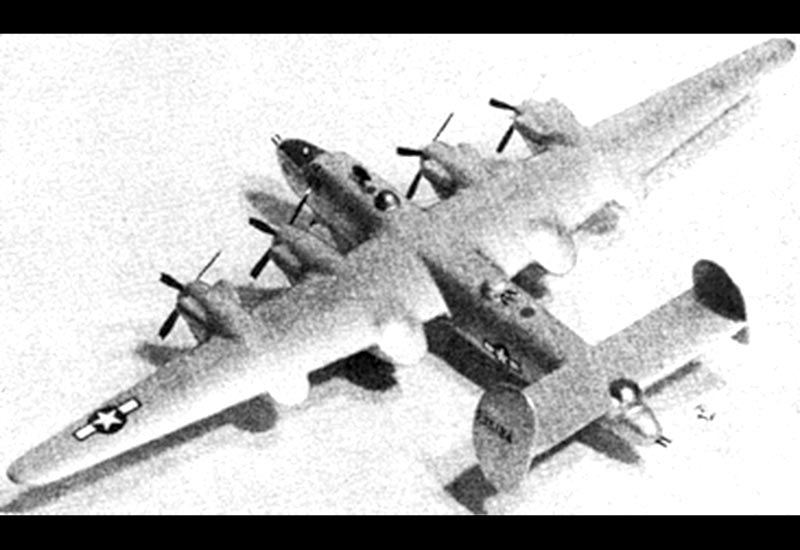 The Martin XB-33 Super Marauder was an extension of the earlier B-26 Marauder bomber series but failed to gain traction during the height of WW2 manufacturing.

Authored By: Staff Writer | Last Edited: 04/02/2019 | Content ©www.MilitaryFactory.com | The following text is exclusive to this site.
Before World War 2 (1939-1945), authorities within the United States Army Air Corps (USAAC) became painfully aware of the limitations inherent in many of their frontline combat aircraft. Specifically, it lacked a high-altitude bomb delivery platform which would use its high-flying capabilities to simply avoid enemy ground-based fire. In 1939, the service put forth a requirement for a new medium-class bomber to fill the void resulting in two competing submissions being entertained - the North American XB-28 "Dragon" (based on its B-25 "Mitchell" design) and the Martin XB-33. The designs were given prototypes contracts in 1940 (America did not officially enter the war until December of 1941).

The XB-33 was based on a reworked Martin B-26 "Marauder" and therefore came to be known under the name of "Super Marauder". The initial approach - XB-33 - saw a more slightly-refined B-26 form used that relied on a standard twin-engine approach (2 x Wright R-3350 "Duplex-Cyclone" radial engines). Two prototypes of this standard were ordered but never built. Realizing the capabilities needed for high-altitude performance, Martin returned with a four-engined approach (4 x Wright R-2600-15 radial engines - the original Wright R-3350 stock now redirected to Boeing B-29 "Superfortress" production) superseding the twin-engine model and this became the XB-33A. Beyond its four engines (two nacelles per wing), the B-26 airframe and wings were completely enlarged for the role. Before the end, the medium bomber looked - and would function - more the part of heavy bomber as its qualities grew more in line with other high altitude performers of the day, namely the Boeing B-29 Superfortress.

Again the Army ordered two prototypes of this design and a further 400 production models to carry the B-33A designation (to be built at a Martin plant in Nebraska) in January of 1942. However, progress on the B-29 product was of the utmost importance that Martin was given a contract to help in its manufacture, thus derailing the B-33 initiative in whole. The production contract for 400 was rescinded on November 25th, 1942 and neither of the prototypes were completed. The B-29, meanwhile, went down in wartime lore as the aircraft to drop the two atomic bombs on Japan, helping to bring about the end of World War 2.

Dimensions of the B-33 included a wingspan of 134 feet, a length of 79.9 feet, and a height of 24 feet. The four engine configuration was set to provide a maximum speed of 345 miles per hour for the bomber. The crew numbered seven and would have operated in pressurized cabin spaces. The general arrangement of the aircraft was conventional with a stepped cockpit at front, shoulder-mounted wing mainplanes near midships, and a tapered empennage. The tail unit carried a twin-rudder arrangement. Various defensive positions (nose, dorsal turret, ventral turret, and tail) would be armed by way of 8 x 0.50 caliber heavy machine guns (two guns to a position). The projected bomb load (all ordnance to be held internally) was 10,000 lb.