The Northrop Delta was a further development of the interwar Gamma mail carrier - though reworked for the passenger airliner role.

Authored By: Staff Writer | Last Edited: 09/25/2020 | Content ©www.MilitaryFactory.com | The following text is exclusive to this site. 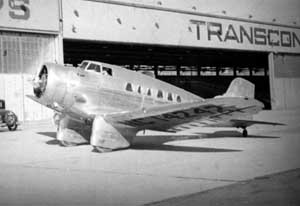 The Northrop "Delta" was an Interwar monoplane aircraft design by the Northrop Corporation - one of the first to be completed by the newly-founded company through its joint-venture initiative with powerhouse Douglas Aircraft Company. Designed by founder Jack Northrop himself, the product was developed along the lines of a single-engine passenger hauler and borrowed qualities from the earlier all-metal Northrop "Gamma" monoplane mail carrier of 1932. However, just thirty-two of the Delta were produced though the line went on to see both military and civilian service globally. First-flight was had in May of 1933 with type certification and service entry following later that year.

While the Gamma was a sleek, slim speedster, the related Delta was an enlarged form with wider fuselage to better accommodate the intended passenger seating arrangement. This resulted in a stocky, cumbersome appearance for the metal aircraft which utilized a low-wing monoplane (the same as on the Gamma), spatted/fixed main landing gear legs (tail-dragger configuration), and traditional single-finned tail unit. The engine was fitted to the nose and the flight deck (seating two side-by-side) directly aft.

Primarily power by a Wright SR-1820 nine-cylinder air-cooled radial piston engine developing 735 horsepower and driving a two-bladed propeller unit in tractor fashion. Performance indicated a maximum speed of 220 miles-per-hour, a cruising speed closer to 200 mph, a range out to 1,650 miles, and a service ceiling up to 20,000 feet. Rate-of-climb was 1,200 feet-per-minute.

The promising design was derailed somewhat when, in October of 1934, American civilian aviation authorities restricted night time / rough terrain over-flights involving passengers for single-engined types like the Delta. With its fortunes immediately changed, just three were completed to the original standard for the airliner role (this included the sole prototype). Instead, the lot went on to be utilized in the mail-carrying role where one example was lost to accident and another to a fire. Seven were built for private ownership and operation and three of this lot were taken on by Spanish Republican forces for service in the bloody Spanish Civil War (1936-1939). The opposing Nationalist forces then captured two of these.

Because of their versatility, the airframe being capable of fitting wheels, floats, or skis as the undercarriage, the Royal Canadian Air Force (RCAF) became interested in the Northrop offering and moved to adopt the series in 1935 for the critical photo-surveying / over-water role. Construction of these RCAF examples would be handled locally by the Canadian Vickers aero-concern (under license) and marked the first all-metal-skinned aircraft operated by the service. A first-flight of an RCAF-destined Delta was recorded on August 16th, 1936 and deliveries followed that September. However, a mixed service recorded meant that the series was only in service until the end of 1941 - with World War 2 (1939-1945) in full swing by then.

RCAF Deltas included the Delta I, Delta IA, Delta II, and Delta III. The Delta I came equipped with the Cyclone SR-1820-F52 radial of 775 horsepower with production encompassing three examples. The Delta II was wholly revised by installation of a dorsal machine-gun-armed turret, wing-mounted machine guns, and a bomb-carrying capability for the attack role. The Delta IA was, therefore, Delta I forms modified to the Delta II standard for combat service. The Delta III had its tail surfaces enlarged for improved controlling and eight were built to the standard.

When their frontline usefulness was over, the fleet was relegated to the training role and other second-line duties for the remainder of their days under the RCAF banner. Before their end, Deltas formed three total RCAF squadrons: Nos. 8, 119, and 120.

The Royal Australian Air Force (RAAF) obtained just a single Delta during the war years and operated the design from late-1942 until September of 1943. The USCG became the only other notable military operator and acquired a sole Delta 1D as the RT-1 - this powered by a Cyclone radial of 735 horsepower. The remaining operators were civilian in nature and included Australia (at the Civil Aviation Authority level), Mexico (the Pan-Am subsidiary Aerovias Centrales SA), Sweden (through AB Transport), and the United States (mainly in the executive transport role).
Advertisements

Australia; Canada; Mexico; Spain; Sweden; United States
(OPERATORS list includes past, present, and future operators when applicable)
✓ Ground Attack (Bombing, Strafing)
Ability to conduct aerial bombing of ground targets by way of (but not limited to) guns, bombs, missiles, rockets, and the like. ✓ Special-Mission: Anti-Submarine Warfare (ASW)
Equipped to search, track, and engage enemy underwater elements by way of specialized onboard equipment and weapons. ✓ Transport
General transport functionality to move supplies/cargo or personnel (including wounded and VIP) over range. ✓ Commercial Aviation
Used in roles serving the commercial aviation market, ferrying both passengers and goods over range. ✓ Training (General)
Developed ability to be used as a dedicated trainer for student pilots (typically under the supervision of an instructor).

(Showcased performance specifications pertain to the Northrop Delta 1D-5 production variant. Compare this aircraft entry against any other in our database or View aircraft by powerplant type)
Typically none though RCAF versions modified with dorsal turret fitting 1 x 7.7mm machine gun and 7.7mm machine guns at each wing mainplane. Also bomb-carrying capability added. 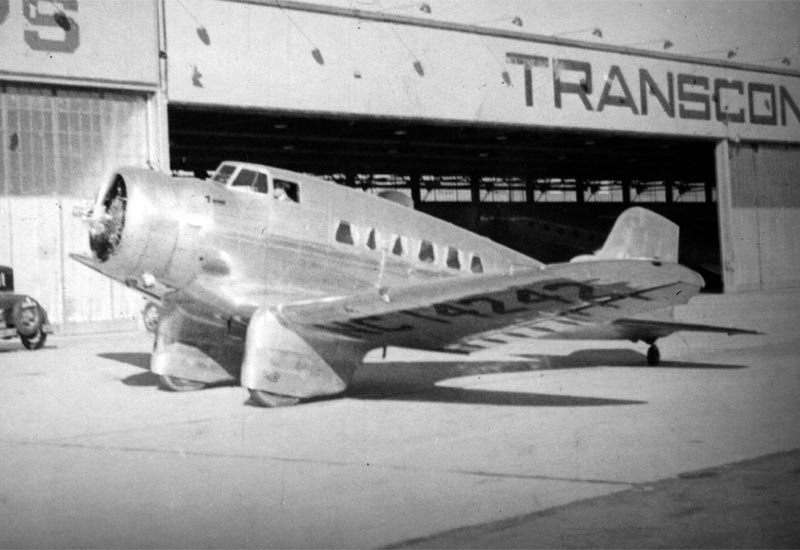