The Kawanishi K-200 jet-powered flying boat never materialized beyond the planning stage - the end of the war ended any design hopes for Japan.

Authored By: Staff Writer | Last Edited: 02/06/2020 | Content ©www.MilitaryFactory.com | The following text is exclusive to this site. 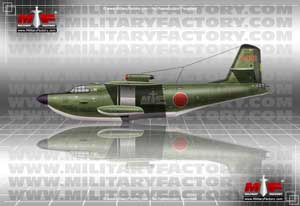 The Japanese concern of Kawanishi made a name for itself in service to the Empire by delivering a healthy stable of serviceable floatplane and flying boat aircraft. Before the end of the war in August of 1945, and amidst Japan's worsening war situation, many desperate projects were undertaken by local firms in an effort to meet military requirements put forth. Kawanishi, either through a private initiative or at the behest of the Imperial Japanese Navy (IJN), began work on a new long-range flying boat design before the cessation of hostilities and this became the "K-200" which ultimately saw no prototypes completed, the project terminated with the end of the war.

Kawanishi found success with their conventionally-powered, four-engined H8K flying boat during the war and these served the IJN with distinction from January 1942 onward. With this big aircraft experience, the K-200 took shape as a high-winged development with outboard floats, a boat-like lower hull and traditional, single-finned tail unit. Instead of engines driving propeller blades as in the H8K, six turbojets were projected for power and arranged in two sets of three engine nacelles to be fitted over the wing mainplanes. The cockpit, heavily glazed, was fitted forward of the wings and aft of a nose cone assembly. The standard crew would most likely range between six and eight persons.

Since the K-200 only ever entered the planning stages very little concrete information went on to be finalized before the end. Its usefulness in service would have been limited - early-form Japanese turbojets were thirty devices and short on range though offering the necessary performance. Armament may have followed the established H8K arrangement being a mix of cannon and machine guns for both offensive- and defensive-minded actions - a dorsal turret and tail turret among key features most likely included. The aircraft's war load would have supported torpedoes, depth charges, mines and conventional drop bombs.

The illustration provided is a concept approach to the K-200 utilizing what was known of the design and elements seen in Kawanishi's past maritime products. Presented performance figures are pure estimates.©MilitaryFactory.com
Note: The above text is EXCLUSIVE to the site www.MilitaryFactory.com. It is the product of many hours of research and work made possible with the help of contributors, veterans, insiders, and topic specialists. If you happen upon this text anywhere else on the internet or in print, please let us know at MilitaryFactory AT gmail DOT com so that we may take appropriate action against the offender / offending site and continue to protect this original work.
Advertisements

(Showcased performance specifications pertain to the base Kawanishi K-200 production variant. Performance specifications showcased above are subject to environmental factors as well as aircraft configuration. Estimates are made when Real Data not available. Compare this aircraft entry against any other in our database or View aircraft by powerplant type)
ESTIMATED:
1 x 20mm Type 99 cannon in nose.
2 x 7.7mm Type 99 / Type 92 machine guns at waist / beam positions (one gun per position).
1 x 20mm Type 99 cannon in tail turret. 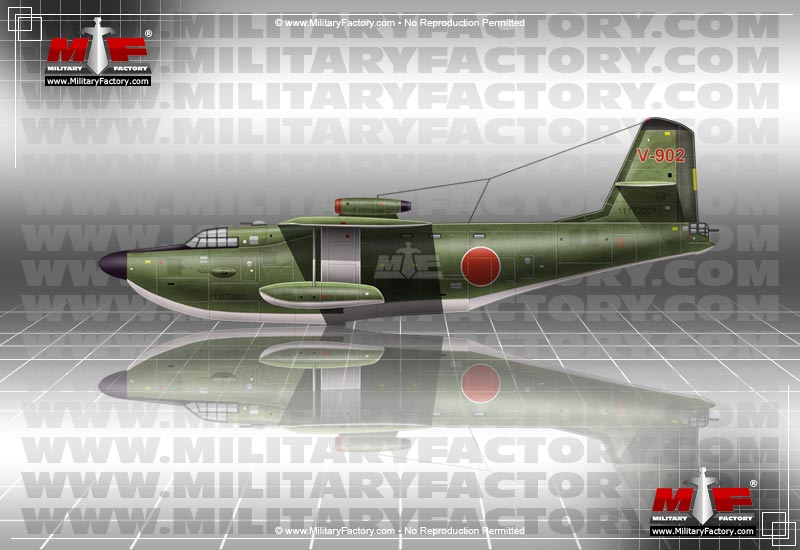