SAI-Ambrosini produced the short-lived SS.4 canard fighter - the sole example lost in a crash on its second flight and claiming its pilot in the process.

Authored By: Staff Writer | Last Edited: 05/06/2021 | Content ©www.MilitaryFactory.com | The following text is exclusive to this site. 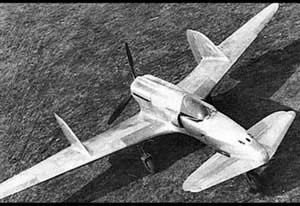 Even before the American Curtiss XP-55 "Ascender" and the Japanese Kyushu J7W "Shinden" came into being as "canard" configuration fighter proposals of World War 2 (1939-1945), it was the Italian firm of SAI-Ambrosini that was making headway with their SS.4 development of 1939. Indeed the type became credited as being the first such aircraft to sport the "tail-first" arrangement and even the first to feature a retractable nose-wheel undercarriage. Designed around the concept of a single-seat, single-engine fighter, the SS.4 came to nothing when the program's sole prototype was lost in a crash.

The aircraft was the brainchild of Sergio Stefanutti who championed the canard form in previous aircraft of his own design. The new aircraft featured its wing mainplanes set aft of midships which repositioned the tailplanes forward along the sides of the nose - hence the "tail-first" descriptor used. The cockpit was situated slightly ahead of midships. As no true tail unit was used, the vertical tail fins were placed at the midway span of each wing mainplane, reaching beyond the trailing edges. A wholly retractable, wheeled undercarriage was featured and all-metal construction was used throughout the build of the SS.4.

Propulsion came from an Isotta-Fraschini Asso XI R.C.40 series V12 liquid-cooled inline piston engine developing 960 horsepower. The unique arrangement of the aircraft included the engine being set in the rear of the fuselage, aft of the cockpit, and thus a "pusher" arrangement was used in which the engine "pushed" instead of "pulled" the aircraft through the sky. The powerplant was mated to a variable pitch, three-bladed propeller unit. One recorded performance specification for the aircraft was a maximum speed of 355 miles per hour (another source states 335 miles per hour).

As a fighter development, proposed armament was 1 x 30mm cannon and 2 x 20mm cannons - all mounted in the nose as a lack of a forward-mounted engine allowed for the gun collection to be concentrated forward of the cockpit (as in the American Lockheed P-38 "Lightning" fighter) - giving unobstructed views when facing a target (and thus no synchronizing / interruptor gear was needed to fire through a spinning propeller blade).

First flight of the finalized prototype was on March 7th, 1939 - months before World War 2 would officially overtake the shaky peace in Europe. The aircraft was constructed by the workers at SAI-Ambrosini ("Societa Aeronautica Italiana Ing A Ambrosini"). A second flight followed the very next day but it was during this time aloft that the prototype and its pilot were claimed in a crash. The starboard aileron detached from the aircraft which produced an uncontrollable oscillation of that wing mainplane and forced the aircraft into an irrecoverable dive, leading to the crash of the prototype and the loss of the pilot's life (Ambrogio Colombo being at the controls). The crash occurred near the city of Campagna with the cause blamed on poor craftsmanship.

After this, no other work was had on the SS.4 or any similar product by the company. Its short time in the air and its origins in prewar Italy undoubtedly have led to this aircraft being consistently overlooked in terms of canard fighter aircraft developments of the war.©MilitaryFactory.com
Note: The above text is EXCLUSIVE to the site www.MilitaryFactory.com. It is the product of many hours of research and work made possible with the help of contributors, veterans, insiders, and topic specialists. If you happen upon this text anywhere else on the internet or in print, please let us know at MilitaryFactory AT gmail DOT com so that we may take appropriate action against the offender / offending site and continue to protect this original work.
Advertisements 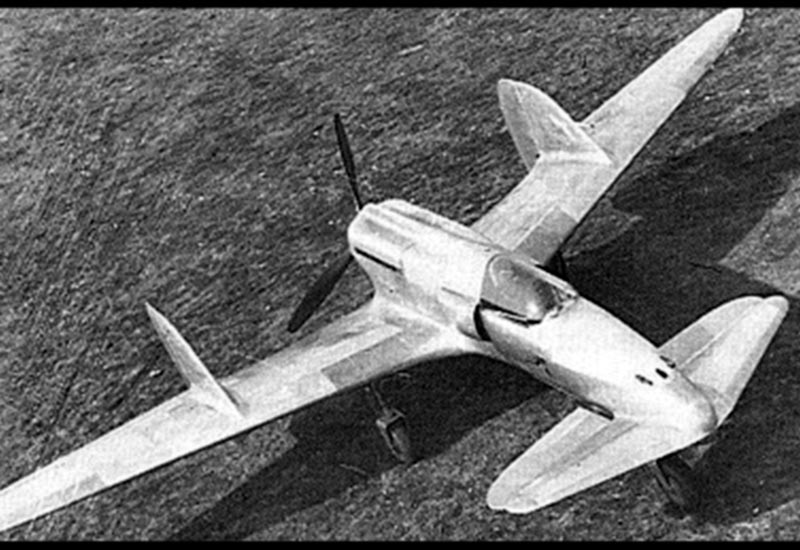 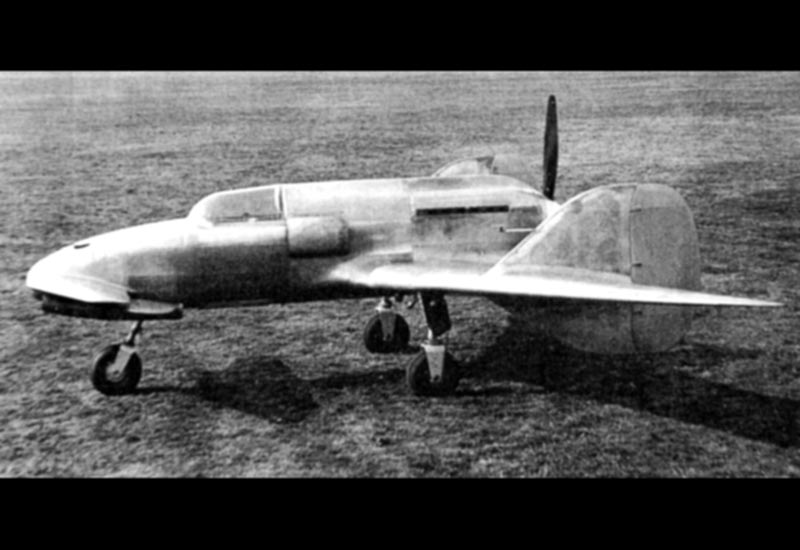