Grumman continued its relationship as a USN fighter supplier delivering their useful F3F series in 1936 - the last biplane fighter to be adopted by the service.

Authored By: Staff Writer | Last Edited: 10/24/2018 | Content ©www.MilitaryFactory.com | The following text is exclusive to this site. 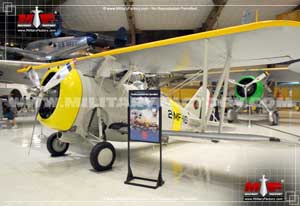 When the United States Navy (USN) adopted the Grumman F3F series, it took on its last biplane-arranged fighter before moving on to more modern monoplane forms. 147 of the type were produced by Grumman who was establishing itself as a regular USN contributor with a relationship that would last well into the Cold War years. Manufacture spanned from 1936 into 1939. First flight of an F3F prototype was on March 20th, 1935 with service introduction following in 1936. While on hand at the start of World War 2 (1939-1945), the F3F did not see combat service in the grand conflict for the line was removed in 1941 as a frontline system - the Japanese attack on Pearl Harbor came in December of that year and thus followed the official American entry into the war. Formal retirement of the F3F series arrived in 1943, its successor being the Brewster F2A "Buffalo" series detailed elsewhere on this site.

The F3F came about as an improved form of the preceding F2F biplane fighter. The earlier design showcased issues with stall/dive recovery and general stability which led the USN to offer Grumman a shot at a slightly redesigned model under the "F3F" designation. The prototype, therefore, took on the "XF3F-1" designation and it carried on use of the Pratt & Whitney "Twin Wasp Junior" radial piston engine of 700 horsepower and used a similar biplane wing arrangement with open-air cockpit. Of note is that its general form mimicked that of the next-in-line for Grumman fighter - the classic F4F "Wildcat" monoplane of World War 2 fame.

The F3F - company model "G-11" - featured dimensional changes over that as seen in the F2F. Its fuselage length was increased some to counter the stability issues and its wing surfaces were enlarged. The new design was extensively tested for dive recovery but one of these tests ultimately led to a crash of the prototype - fatal to the company test pilot - when the XF3F-1 broke up in flight. This forced a revision of the design which included reinforced members for increased durability and produced a second flyable prototype. Again the aircraft was lost, this time unable to recover from a spin action, though the test pilot was able to bail out in time. The airframe, despite crashing, was salvaged and rebuilt to fly again during June of 1935.

With the tests behind it and appropriate action taken to rectify emerging issues, XF3F-1 was ordered as the "F3F-1" through an initial 54-strong batch order. The first aircraft arrived in late-January of 1936 and was assigned to USS Ranger. The United States Marine Corps (USMC) followed the USN in its use of the F3F series.
Advertisements

As a private venture, Grumman engineers fit the new Wright XR-1820-22 "Cyclone G" supercharged radial of 850 horsepower into a prototype and successfully tested the system which interested the USN enough to place an order for 81 units under the "F3F-2" designation (company model "G-19") during July of 1936. The finalized operational models carried the Wright R-1820-22 "Cyclone" radial of 950 horsepower and the new engine fit forced a revised frontal section which promoted a stouter appearance for the aircraft. Despite the changes, the F3F-2 proved itself a faster model of airplane when compared to the original F3F-1.

Grumman did not end its work on the F3F for the "XF3F-3" was developed from the F3F-2 to further the line some more as subtle refinements (a revised cowling, curved windshield structure) were introduced. A large propeller unit was also fitted and small structural changes instituted to produce the new service mark - "F3F-3" - and 27 of these new fighters were taken on by the USN. The end of the line came when the USN shifted to monoplane fighters though the F3F continued in a training role into late 1943 before being given up for good.

Beyond the military versions were some civilian-minded developments. The G-22A "Gulfhawk II" was a twin-seat demonstrator of 1938 outfitted with a Wright R-1820 "Cyclone" engine of 1,000 horsepower - one was built. The G-32/G-32A "Gulfhawk III" was a similar offering and completed in two examples. The G-32 aircraft operated for a time under the USAAF banner as the "C-103" in the pilot training ferry role.

By the time of World War 2, the Grumman F4F "Wildcat" was entrenched as the primary USN fighter. This was bettered by the upcoming F6F "Hellcat" and saw Grumman fighters reached their piston-powered pinnacle before war's end with the arrival of the F8F "Bearcat".
Advertisements

General Assessment
Firepower
Performance
Survivability
Versatility
Impact
Values are derrived from a variety of categories related to the design, overall function, and historical influence of this aircraft in aviation history.
Overall Rating
The overall rating takes into account over 60 individual factors related to this aircraft entry.
58
Rating is out of a possible 100 points.
Relative Maximum Speed
Hi: 300mph
Lo: 150mph
This entry's maximum listed speed (264mph). 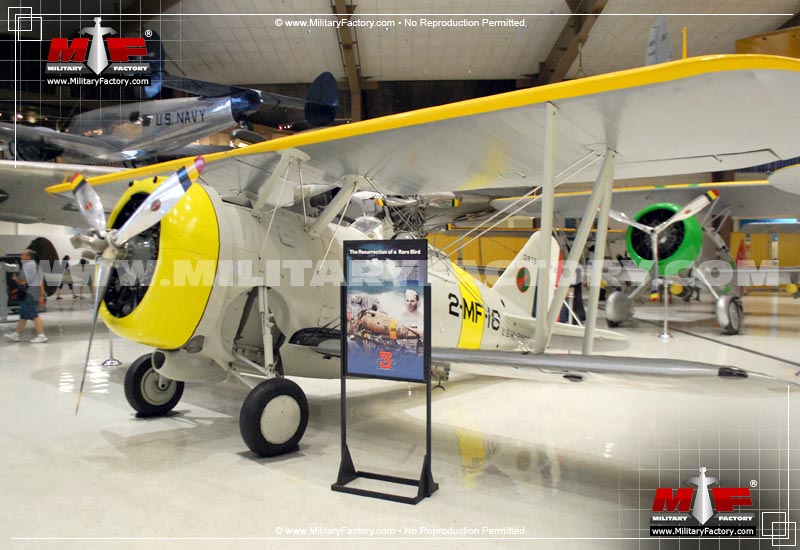 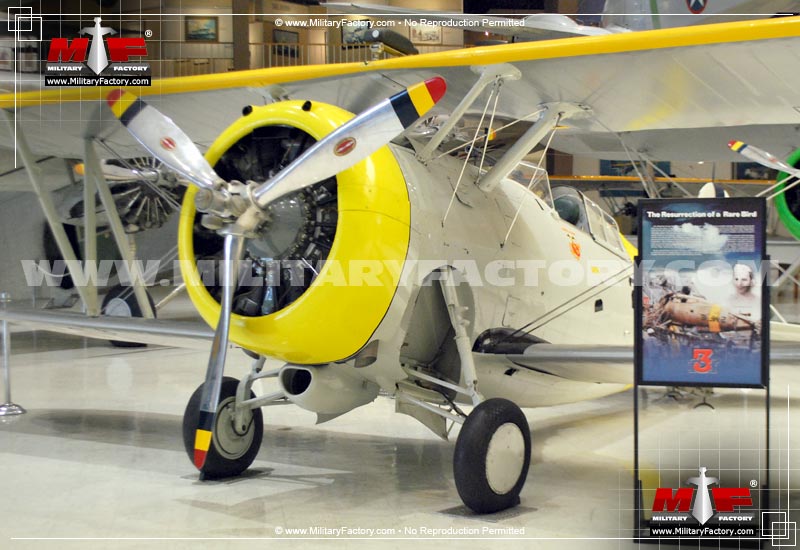 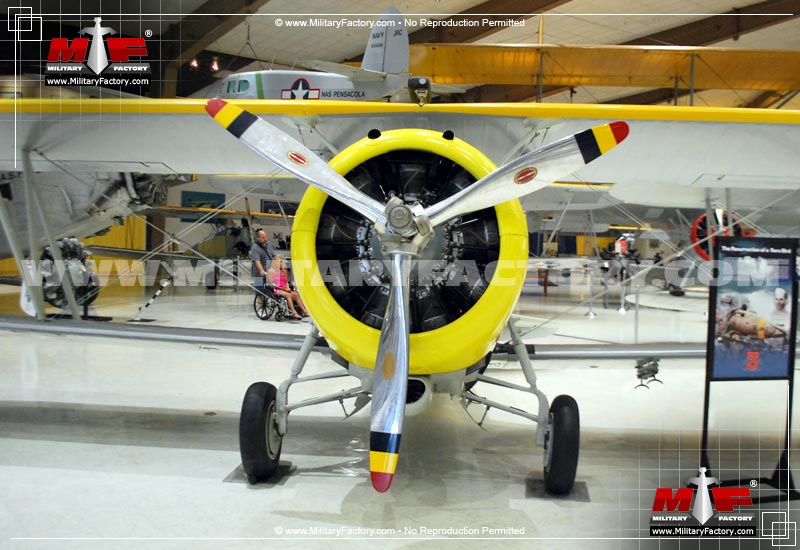 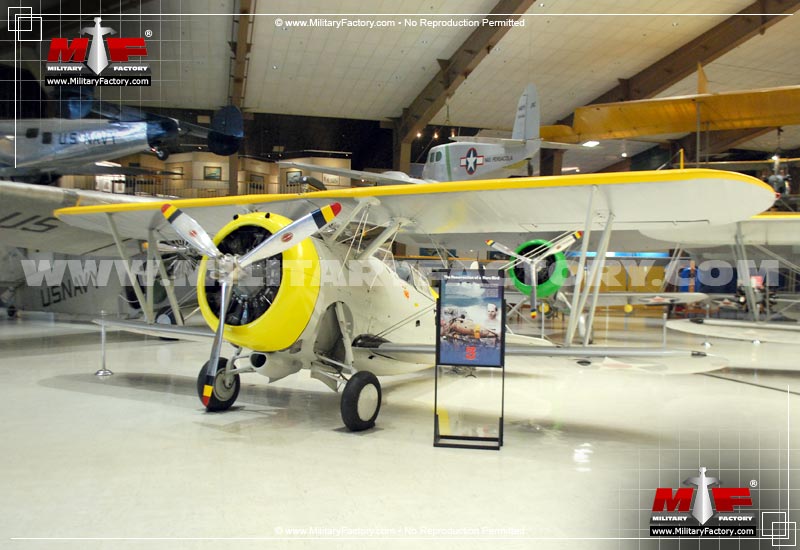 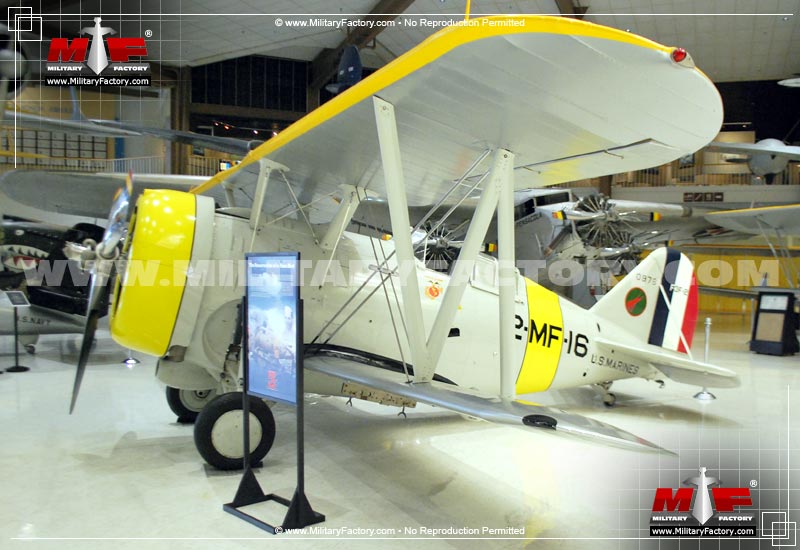 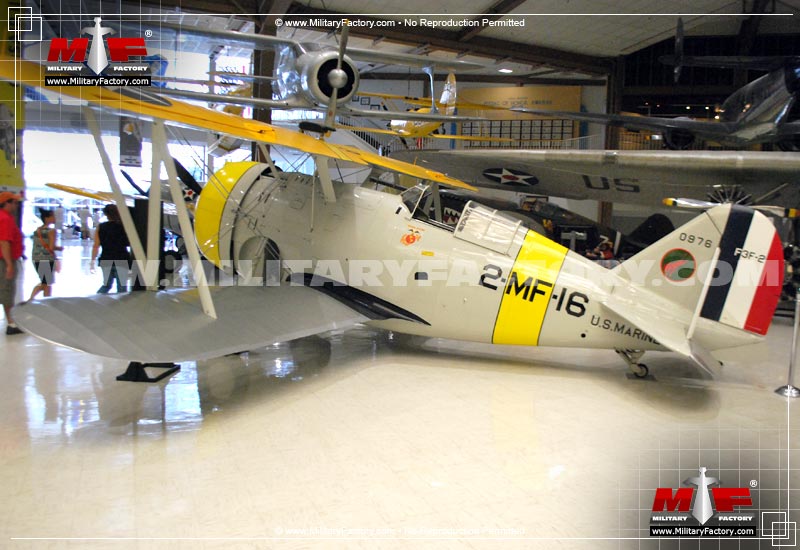 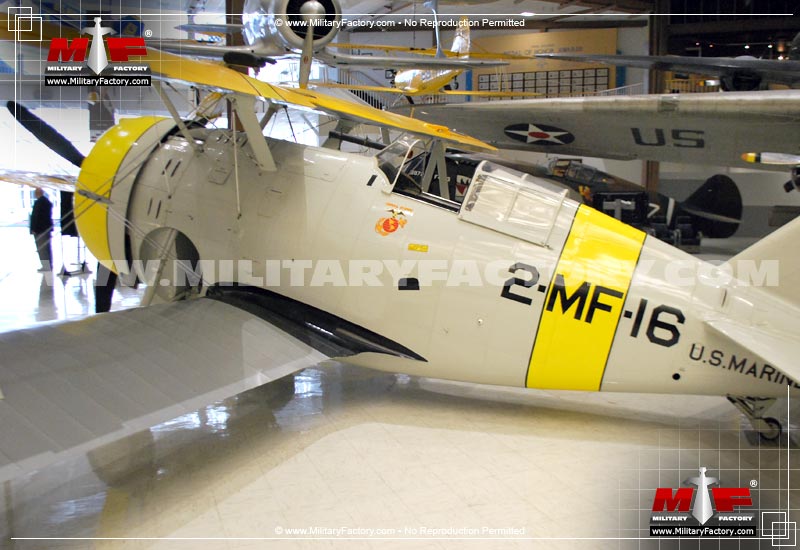 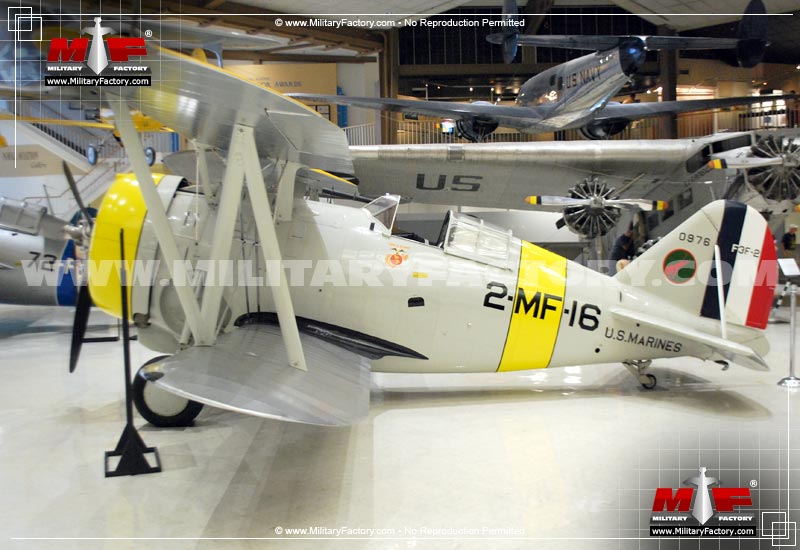 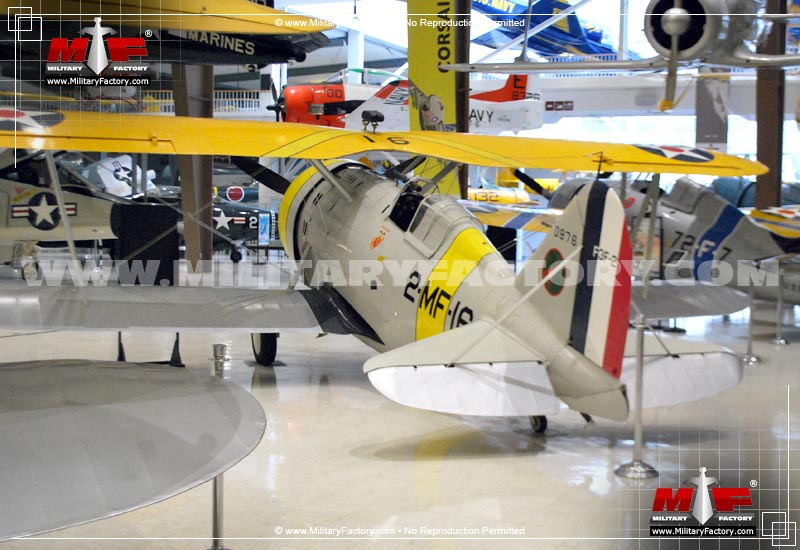 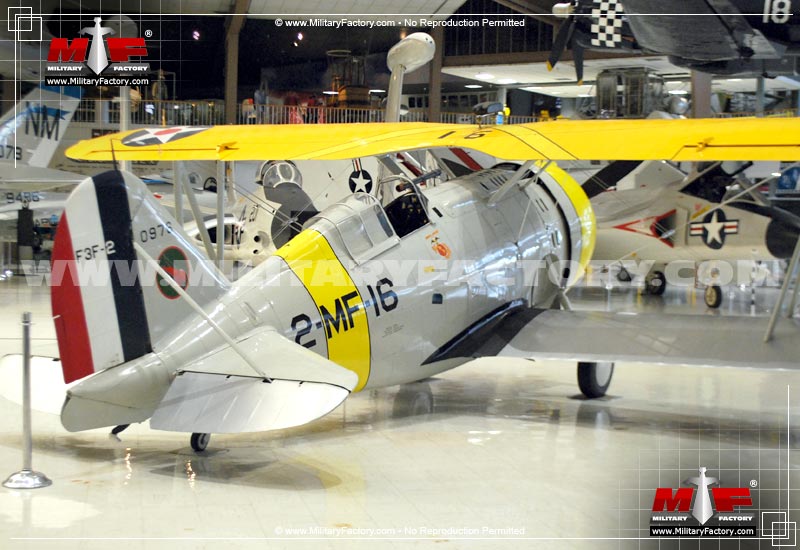 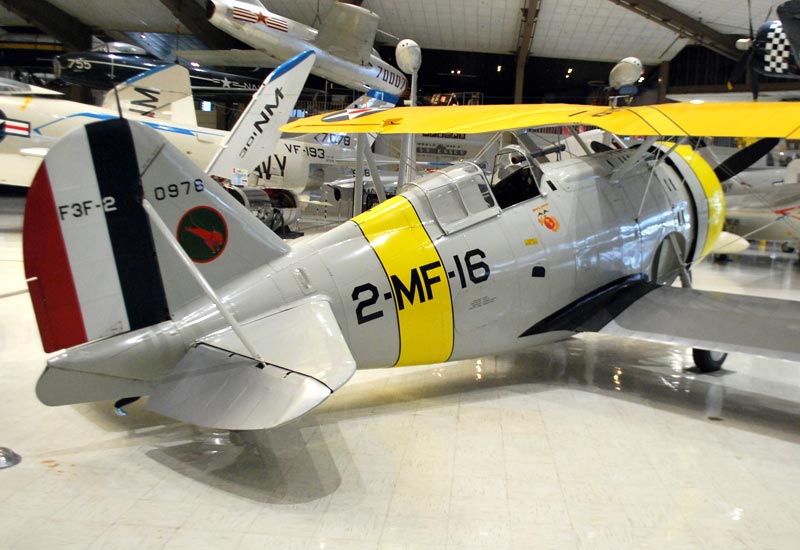 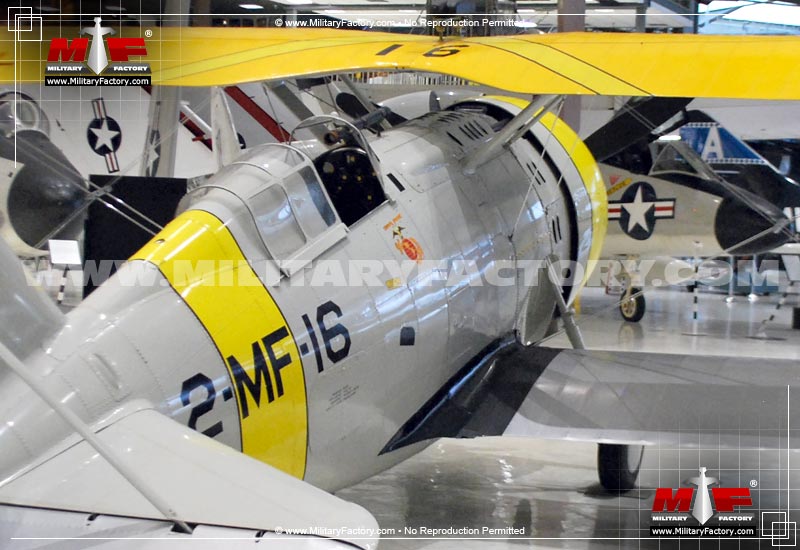 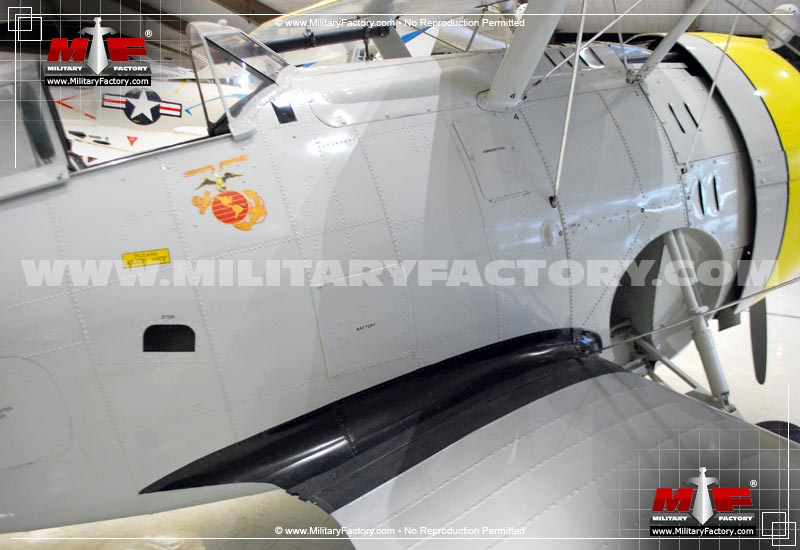 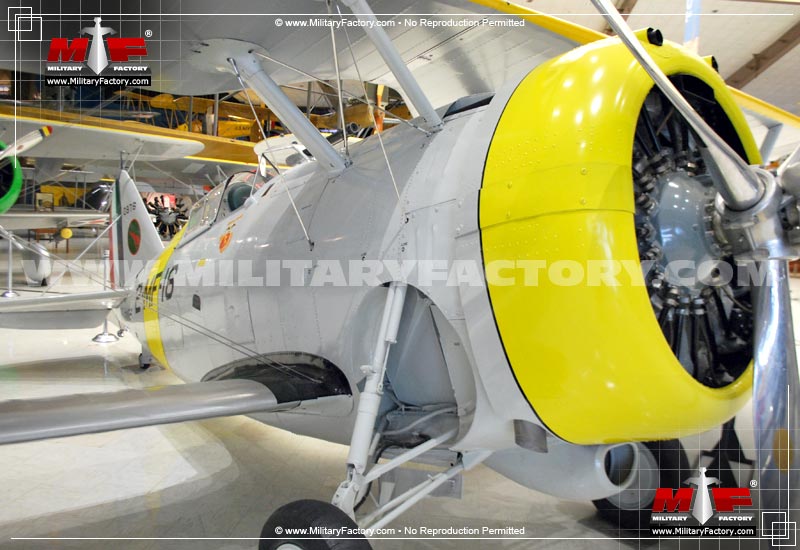