The Airbus A320 family of jet airliners has enjoyed considerable market success for the French company - becoming a staple of many global operators since introduction in 1988 with Air France.

Authored By: Staff Writer | Last Edited: 06/16/2022 | Content ©www.MilitaryFactory.com | The following text is exclusive to this site. 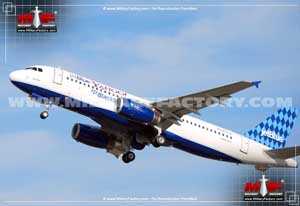 The A320 family of jet airliners was introduced on April 18th, 1988 with launch carrier Air France in a move by the company to corner the narrow-body jet airliner market (facing competition from both Boeing and Douglas at the time). The series is intended for short-to-medium range routes and is powered by a pair of underslung turbofan engines. Key customers include American Airlines, China Eastern Airlines, China Southern Airlines, and EasyJet. Production of the series has been ongoing since 1986 and some 7,400 of the type have been produced / delivered (as of late-2016).

The Airbus A320 family includes the A318, A319, A320 and A321. The A320neo (neo = "New Engine Option") is another derivative introduced as a narrow-body, twin-engine passenger hauler in 2016 (Lufthansa). These give the customer engine options centering on either the CFM International LEAP-1A or Pratt & Whitney PW1000G series engines. The introduction of "neo" has led to the original A320 model line being referred to as "ceo" (ceo = "Current Engine Option").

The A320 series was formed from the A300 series work and emerged in the early 1970s. While the A300 (A310) was always intended for the long-range market, its variant could be developed for shorter routes using the same framework. Serious work on the project occurred in the late-1970s and the project was officially born in early-1981 as the "A320". The design was to carry around 150 passengers out to 3,440 kilometers. Engineers were allowed to feature Fly-by-Wire (FbW) control systems - the first commercial airliner to rely on this digitally-assisted control scheme commonly found on military-grade fighter-type aircraft. A first-flight by way of prototype was had on February 22nd, 1987 and Type Certification was reached on February 26th, 1988. Service entry occurred in March 1988. Deliveries of the A320 family truly ramped up at the end of the 1990s to which point the line overtook the competing Boeing 737.

The A320 was initially seen in two major variants: A320-100 and A320-200. The -100 saw only modest product with just twenty-one aircraft completed. The -200 model incorporated wingtip fencing as well as an increase to fuel capacity, enabling longer, more fuel-efficient flights to be undertaken. Both were 150-passenger models. The -200 mark enjoyed a healthier production run numbering thousands.

The A321 was a stretched fuselage offering (increased by 22.8 feet). A first-flight was recorded on March 11th, 1993 and service entry followed in January of 1994 (Lufthansa). The A321-200 was a longer-ranged model with more powerful engines.

The A319 was a short-fuselage model (decreased by 12.2 feet) with 124-passenger capability. Various engine options became available to customers. Service introduction followed in April 1996 (SwissAir). The A319CJ became the "Corporate Jet" version of the mark (rebranded to "ACJ319").©MilitaryFactory.com
Advertisements

The A318 was revealed as an even more compact A320 offering with seating for 132 passengers. Service entry was in July of 2003 (Frontier Airlines). Its main advantage became short, steep approach capabilities allowing it access to runways in more densely populated areas.

Attempts to produce a freighter-minded version of the A320 ultimately failed, the initiative started in mid-2008 and ended in mid-2011. However, there exists an attempt to convert existing A320 airframes to freighter forms (2015).

In all cases, the A320 family is crewed by just two personnel in the cockpit. Passenger numbers naturally vary between the designs though dimensions and performance are more-or-less comparable from one mark to the next. MTOW do vary significantly, the A318 listed at 150,000lb against the A321's 206,000lb rating for instance. Service ceilings are up to 12,500 meters across the board. The powerplant of choice is the CFM International CFM56-5B series turbofan though the PW6000A and IAE V2500A5 are alternative fittings. As such, thrust output and, in some cases performance, are affected between the marks.

The A3XX program product is slated to replace the A320 series in the Airbus lineup. However, it is not expected to become available until the mid-2020s.

More recently, the A320 series has become the direct focus of several broader military roles including Maritime Patrol (MP), Airborne Early Warning (AEW), and SIGnals INTelligence (SIGINT).©MilitaryFactory.com
Note: The above text is EXCLUSIVE to the site www.MilitaryFactory.com. It is the product of many hours of research and work made possible with the help of contributors, veterans, insiders, and topic specialists. If you happen upon this text anywhere else on the internet or in print, please let us know at MilitaryFactory AT gmail DOT com so that we may take appropriate action against the offender / offending site and continue to protect this original work.

March 2017 - An Airbus A319neo recorded a first-flight on March 31st, 2017. The flight lasted five hours and ranged from Hamburg to Toulouse.

October 2017 - JetBlue has become the launch customer for the new Airspace A320 model series.

October 2017 -The first A320neo aircraft built in Tianjin, China was delivered to its customer, AirAsia.

June 2018 - It was announced that Airbus has opened a forth A320 production facility - this in Hamburg, Germany - to serve final assembly.

July 2018 - The A321XLR is being planned as a competitor to the newly-announced Boeing NMA model. The aircraft is being developed along the lines of a long-range narrow-body airliner with a planned service date sometime in 2022.

August 2018 - Airbus has unveiled its new 25-seat, 6,000nm range ACJ320neo corporate jet form offering the choice of CFM or LEAP engines. The launch customer is Acropolis Aviation. At least three are on order.

August 2018 - Gulf Air has taken delivery of its first A320neo aircraft. Twelve are on order with the company. The company also has an order for seventeen A321neo forms.

September 2018 - It has been announced that the A320neo has officially outnumbered the base A320 model in 2018 deliveries.

September 2018 - A former A321 airliner has joined the active inventory of the German Luftwaffe.

June 2019 - The A321XLR model was formally launched at Paris Air Show 2019. Air Lease Corporation (ALC) is slated as the launch customer with deliveries scheduled to commence before the end of 2023.

September 2019 - the A320 passenger airliner jet family has marked its 9,000 unit delivery (this to air carrier EasyJet).

January 2020 - Air carrier Avianca has cancelled an order for 20 A320neo airliners. Deliveries of other expected A320neo aircraft have been delayed until at least 2025 while the company restructures.

February 2020 - The A321 freighter form has received its EASA certification.

April 2020 - Development of the A321XLR long-range narrow-body airliner continues with component production said to be underway.

July 2020 - The German Luftwaffe has elected to use modified Airbus A321 passenger airliners for its MEDEVAC / troop transport role. A pair of A321 airframes will be reworked for their new roles.

March 2022 - Avianca S.A. of Colombia has placed an order for an additional 88 Airbus A320neo airliners.

General Assessment
Firepower
Performance
Survivability
Versatility
Impact
Values are derrived from a variety of categories related to the design, overall function, and historical influence of this aircraft in aviation history.
Overall Rating
The overall rating takes into account over 60 individual factors related to this aircraft entry.
68
Rating is out of a possible 100 points.
Relative Maximum Speed
Hi: 750mph
Lo: 375mph
This entry's maximum listed speed (541mph). 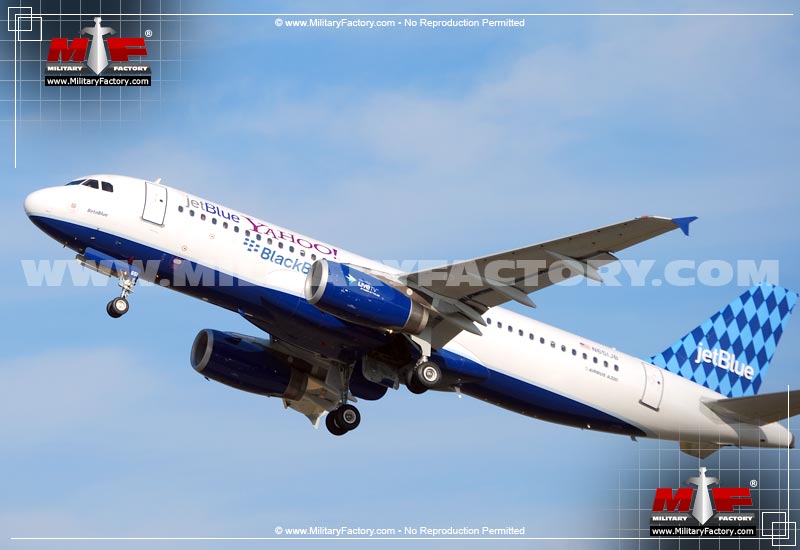 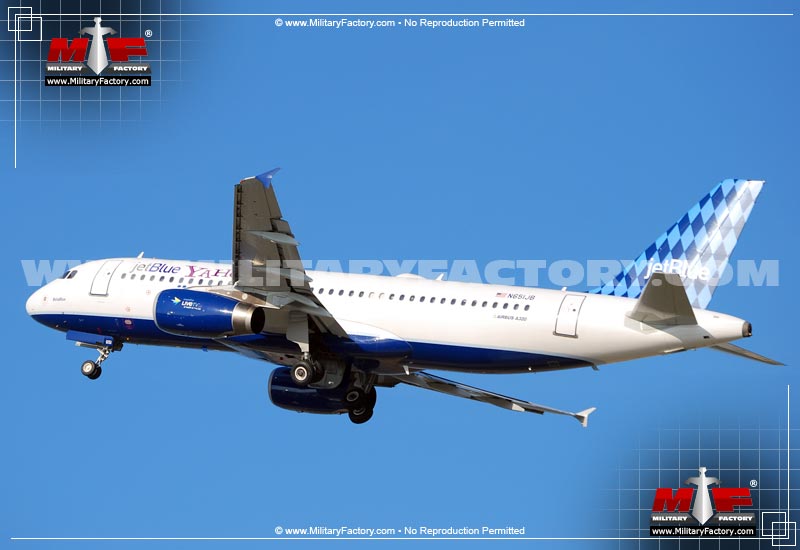