The Italian Reggiane Re.2005 fighter of World War 2 certainly benefited from its German Diamler-Benz DB 605 inline engine - though limited in service by the 48 total production examples. 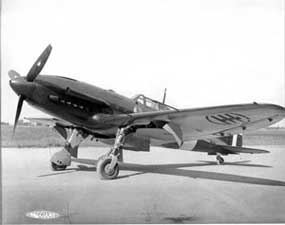 The culmination of the Reggiane Re.2000 series of Italian-originated fighter aircraft of World War 2 became the Re.2005 Sagittario ("Archer"). This form experienced its first flight on May 9th, 1942 and was introduced during April-May of 1943, eventually fighting alongside both post-surrender Italian air services (co-belligerent forces and the Italian Social Republic) as well as the German Luftwaffe. However, only 48 of the type were ever produced which extremely limited its wartime contributions. The aircraft was highly-regarded by those who flew it and those who flew against her, considered by many to be one of the best of the Italian fighters in all of the war.

Throughout the evolution of the series, the aircraft utilized a series of inline and radial engines which changes its profile silhouette. The original radial-powered Re.2000 was rebuffed by the Italian Air Force (though taken up by Hungary and Sweden) which led to the Re.2001 design furthered by the availability of the German Diamler-Benz DB 601 inline engine. The upcoming Re.2002 went to a Piaggio radial piston engine. The Re.2003 became a "one-off", two-seat reconnaissance plane also carrying a radial engine and the sole prototype Re.2004 fighter-bomber took on an Isotta-Fraschini radial. By the time of the Re.2005, the Fiat R.A. 1050 RC58 "Tifone" ("Typhoon") was the engine of choice, this being a license-produced German Daimler-Benz DB 605A-1 inline engine of 1,475 horsepower.

The Re.2005 incorporated other refinements to her design including a revised undercarriage and a modified understructure. The key change, however, was in the use of the inline engine which again changed the Re.2000 line's profile - especially from that of the preceding radial-powered Re.2002 mark. Performance of the new aircraft included a maximum speed of 390 miles per hour, a cruising speed of 320 miles per hour, a range out to 610 miles, a service ceiling of 37,700 feet, and a rate-of-climb nearing 3,900 feet per minute.

Armament was 2 x 12.7mm Breda-SAFAT heavy machine guns in the upper frontal fuselage, synchronized to fire through the spinning propeller blades and to this was added a 20mm MG 151 cannon firing through the propeller hub. Rounding out the armament suite were 2 x 20mm MG 151 cannons fitted to the wings, one per wing. The 12.7mm machine guns were allowed 350 rounds while the hub cannon fired from a 150-round ammunition store. The wing cannons were each given 200 rounds per minute. The aircraft could also undertake strike sorties by carrying up to 2,550lbs of external stores under a fuselage centerline hardpoint and a hardpoint under each wing. The drop ordnance could be replaced by fuel drop tanks for increased range.

On the whole, the Re.2005 looked the part of all-modern fighter. It held a sleek, long-nosed design with a cockpit fitted over midships. The nose was well-streamlined thanks to its use of an inline engine. The system drove a three-bladed propeller unit which seated a large spinner at center. The wings were low-mounted on the fuselage sides just ahead of midships. The tail was highly conventional with a single vertical tail fin and low-mounted horizontal planes. The undercarriage was of a tail-dragger arrangement and retractable. Views out of the cockpit was limited due to its positioning (and raised fuselage spine) but still serviceable in the heat of battle. Pilots and adversaries both respected the design with its good performance values and hard-hitting front-facing armament. Its qualities allowed it to take on the roles of fighter, fighter-bomber, and interception with equal fervor - limited only by low production numbers and Italy's position throughout the war, first as a member of the Axis and then as a supporter of the Allies.

Following the Re.2002 into service, the Re.2005 was also adopted for serial production which began in September of 1942 and spanned into May of the following year. Deliveries followed in 1943 with total production reaching just the stated 48 examples and some available by the time of the Italian armistice of September 1943. These saw defensive-minded service over Naples, Rome, and Sicily.

Those Re.2005s that were not destroyed by their pilots or lost through combat attrition were either absorbed into the Italian co-belligerent forces, the Axis-aligned Italian Social Republic air service, or - as was the case with thirteen Re.2005 examples - taken on by the German Luftwaffe. Further attrition saw about a handful operational by the end of 1944 and the line was formally retired in 1945 following cessation of hostilities - the aircraft never truly realizing her full combat potential.©MilitaryFactory.com
Note: The above text is EXCLUSIVE to the site www.MilitaryFactory.com. It is the product of many hours of research and work made possible with the help of contributors, veterans, insiders, and topic specialists. If you happen upon this text anywhere else on the internet or in print, please let us know at MilitaryFactory AT gmail DOT com so that we may take appropriate action against the offender / offending site and continue to protect this original work.
Advertisements

Kingdom of Italy; Nazi Germany
(OPERATORS list includes past, present, and future operators when applicable)
✓ Air-to-Air Combat, Fighter
General ability to actively engage other aircraft of similar form and function, typically through guns, missiles, and/or aerial rockets. ✓ Interception
Ability to intercept inbound aerial threats by way of high-performance, typically speed and rate-of-climb. ✓ Ground Attack (Bombing, Strafing)
Ability to conduct aerial bombing of ground targets by way of (but not limited to) guns, bombs, missiles, rockets, and the like.

(Showcased performance specifications pertain to the base Reggiane Re.2005 Sagittario (Archer) production variant. Compare this aircraft entry against any other in our database or View aircraft by powerplant type)
STANDARD:
1 x 20mm MG 151 cannon firing through the propeller hub.
2 x 20mm MG 151 cannons in wings (one per wing)
2 x 12.7mm Breda-SAFAT heavy machine guns in engine cowling.

Re.2005 "Sagittario" - Base Series Designation

General Assessment
Firepower
Performance
Survivability
Versatility
Impact
Values are derrived from a variety of categories related to the design, overall function, and historical influence of this aircraft in aviation history.
Overall Rating
The overall rating takes into account over 60 individual factors related to this aircraft entry.
60
Rating is out of a possible 100 points.
Relative Maximum Speed
Hi: 400mph
Lo: 200mph
This entry's maximum listed speed (391mph). 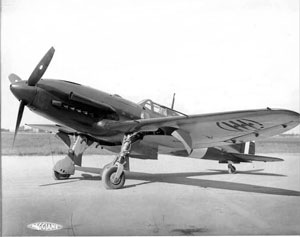