Authored By: Staff Writer | Last Edited: 03/12/2020 | Content ©www.MilitaryFactory.com | The following text is exclusive to this site. 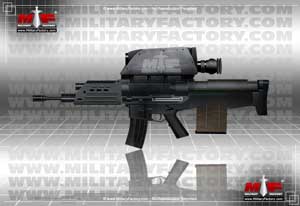 Similar in project scope to the abandoned American XM29 OICW system is the South Korean Army's K11 manufactured by S&T Daewoo (now S&T Motiv). The "combination assault weapon" was adopted by the Republic of Korea Armed Forces in 2008 with service entry coming in 2010 and it has gone on to see limited combat service in the War in Afghanistan (2001-2014) with South Korean forces. The weapon was a joint design effort stemming from 2006 through the parties of S&T Daewoo, the Agency for Defense Development, Hansung ILS and others.

The combination weapon approach has been a military fixture for decades though recent advances with "smart" munitions have made such systems more appealing to military forces. The K11 combines a traditional 5.56mm assault rifle component with a 20mm grenade launching weapon, the latter seated over the rifle barrel. The assault rifle component is chambered for the standard 5.56x45mm NATO cartridge and is fed from a typical 20- or 30-round STANAG magazine with the rifle's action based on the proven gas-operated, rotating bolt function. The Grenade launcher utilizes 20x30mm grenades fed by way of a 6-round detachable box magazine and actuated through a bolt-action mechanism. A laser rangefinder/ballistics computer is part of the weapon's platform as a whole and imparts target/target area data to the grenade projectiles. "Smart" grenades allow the operator to engage enemy elements who are under cover with detonation preset by the ballistics computer. Detonation is handled either through impact or a timed fuse and specialty grenades can provide an "air burst" effect over a target. A training grenade round is also in circulation.

The resulting design is a weapon that instantly transforms the standard frontline infantryman into a hybrid rifleman/grenadier offering considerable fire support from a single weapon - further broadening the tactical value of a single soldier.

Externally, the K11 appears as an M16/M4-style assault weapon with several noticeable additions to the frame at the forend, over the receiver, and at the buttstock. There is a conventional pistol grip and magazine feed well for the assault rifle weapon with charging handle and M16-style selector switch as normal. The grenade box is arranged in a "bullpup" configuration in which the box magazines feeding the launcher are inserted aft of the pistol grip - this accounts for the weapon's oversized shoulder stock - a physical feature consistent with bullpup weapons. As the two weapons are mated into one complete package, the same aiming and trigger systems can be used. A large sighting device is fitted over the receiver making up the rangefinder and ballistics computer. A bipod for the frontal portion of the weapon can be used. Overall weight of the weapon is 13.45 lb when empty.

Limited examples of the K11 has been fielded in the fighting of Afghanistan which showcased some failings in the design centered on action, sighting equipment, and fire selector. Accuracy has been hampered by movement of the barrel when firing also. These reports have forced some revisions to the original design while serial production was delayed.

Nevertheless, it appears as though the K11 is the future of the South Korean infantryman going forwards though, for the interim at least, the K11 will continue to be fielded alongside the existing stock of standard-issue K2 rifles.
Advertisements

Bolt-Action
Manually-actuated process of managing the bolt lever to eject spent cartridge case, clearing the breech, to introduce fresh catridge into the chamber. Rotating Bolt
System utilizes internal mechanism to lock the breech or rear barrel assembly prior to firing. Gas-Operated
Gas-operated system is featured, typically involving a gas cylinder and rear-driven piston directing energy to the bolt component. (Material presented above is for historical and entertainment value and should not be construed as usable for hardware restoration, maintenance, or general operation - always consult official manufacturer sources for such information) 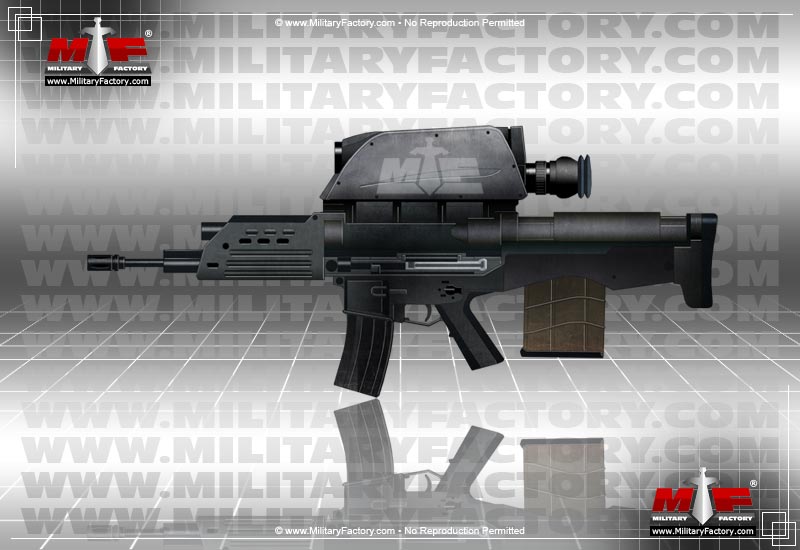